There’s one thing I have a soft spot for in restaurants, and that’s when they make amazing homemade bread. You know the kind that you know you shouldn’t be filling up on, but the warm and pillowy centre is too hard to resist? Even more if they make their own butter; it’s futile to resist. 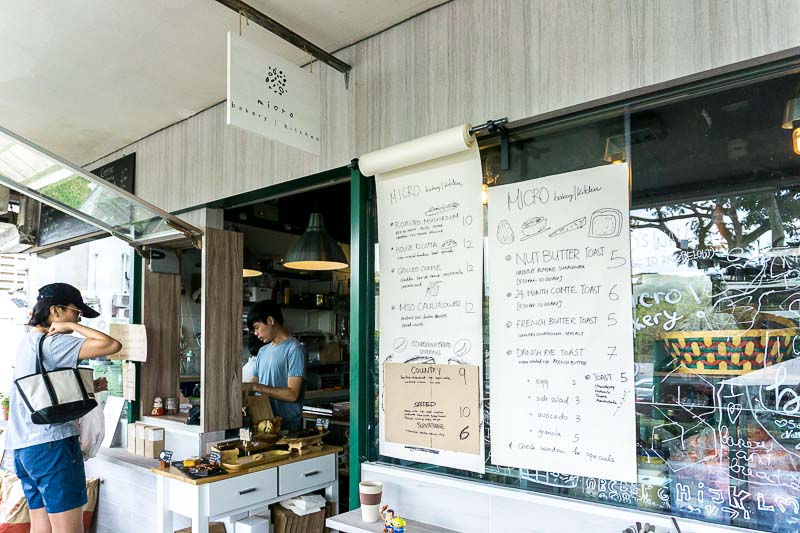 Micro Bakery & Kitchen at Serene Centre is a hole-in-a-wall artisanal bakery that makes all their bread with love and sweat, from scratch. They even make their own ricotta cheese and spreads, and I was very excited and eager to take a bite out of homemade comfort. 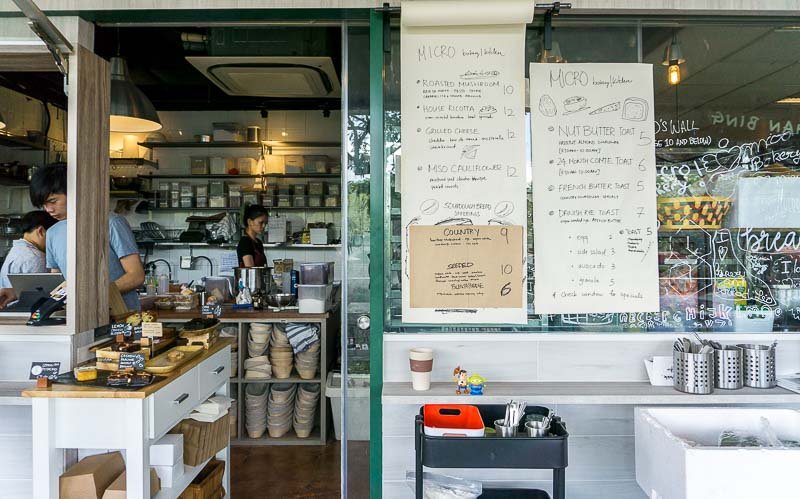 As you can see, their working space isn’t very large (and neither is the seating area), but therein lies its charm.

Items can sell out really quickly if you’re not at Micro Bakery & Kitchen early. When I was there on a weekday afternoon, there was a constant flow of customers buying their baked goods to take home. One of their signatures is the House Ricotta (S$12), heaped on to a thick slice of sourdough bread, and simply dressed with fresh spinach, baby tomatoes and olive oil. I heard that it’s so good, they have a particular regular customer who only orders this whenever she drops by, nothing else. 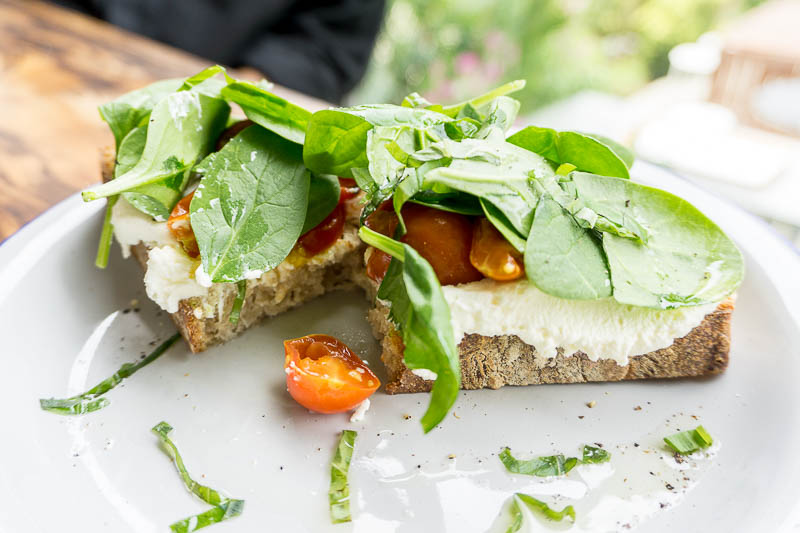 I thought the ricotta might dampen the sourdough slice. But due to its hardy nature and thickness, I was able to still enjoy a hearty crunch and a satisfying crumble when I took my first bite 10 minutes later.

The ricotta wasn’t dense; in fact, it was airy and soft, making it a great complement to the robust sourdough slice. The acidity from the baby tomatoes really added a nice zing to the creaminess, and in less than a minute the entire portion was gone. 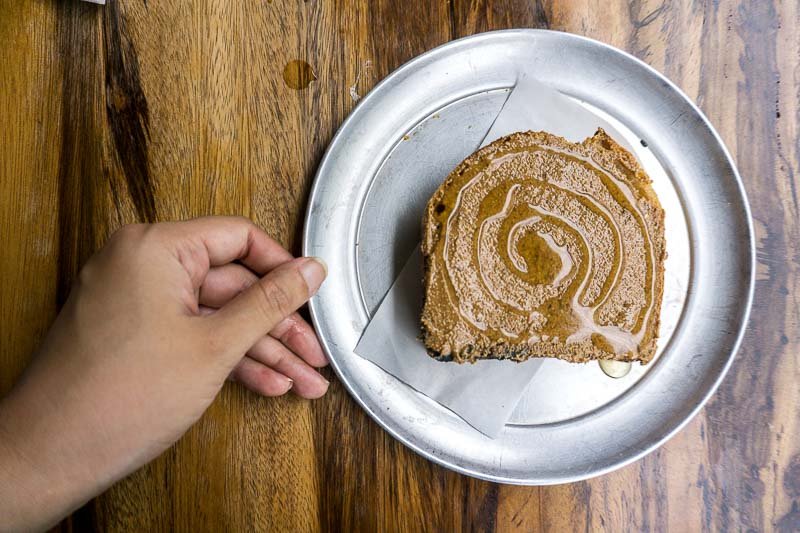 If you love nut butters as much I do, you’ll want to get your hands on their Nut Butter Toast (S$5). It changes from time to time, and on that day, they used hazelnuts and almonds. It’s made simply, by grinding down the nuts with sunflower oil. 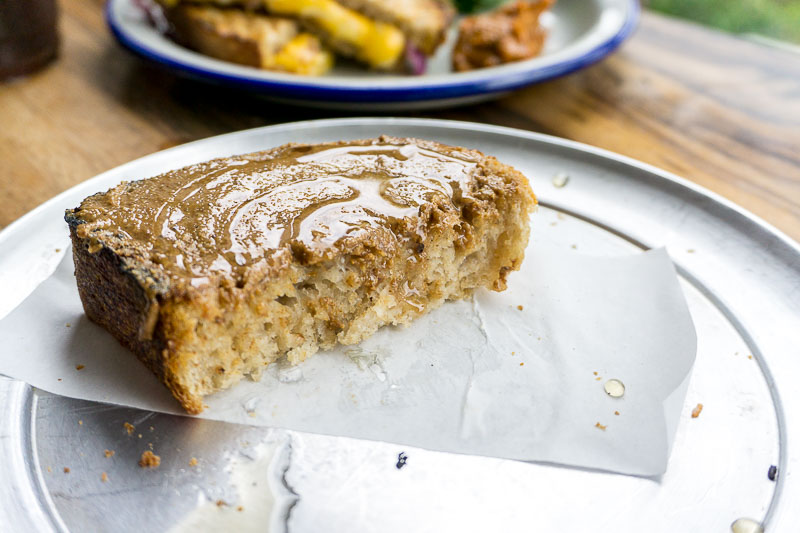 I especially loved that they were generous with their spread, as it covered every corner of the toast. I could truly enjoy the rich earthiness of the nuts, and the mild crunch of nut butter. Sweet and salty without being cloying, I could very well imagine myself having this for a slow breakfast on a weekend morning. 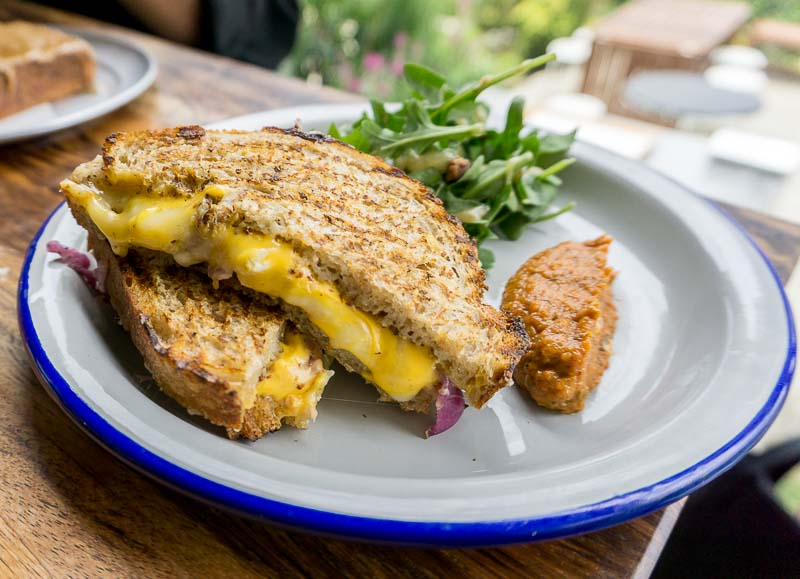 But the real star was the Grilled Cheese (S$12), a melt of cheddar, brie de mezza and mozzarella. There’s also a layer of zesty sauerkraut in between to help ease the richness. Naturally, this is best enjoyed when fresh and hot, and boy, did I enjoy it!

The cheesiness was an absolute delight to chew through and munching on the sauerkraut was gratifyingly juicy. It’s tough to find grilled cheese on any menu in Singapore, but this is one that I implore you to order. 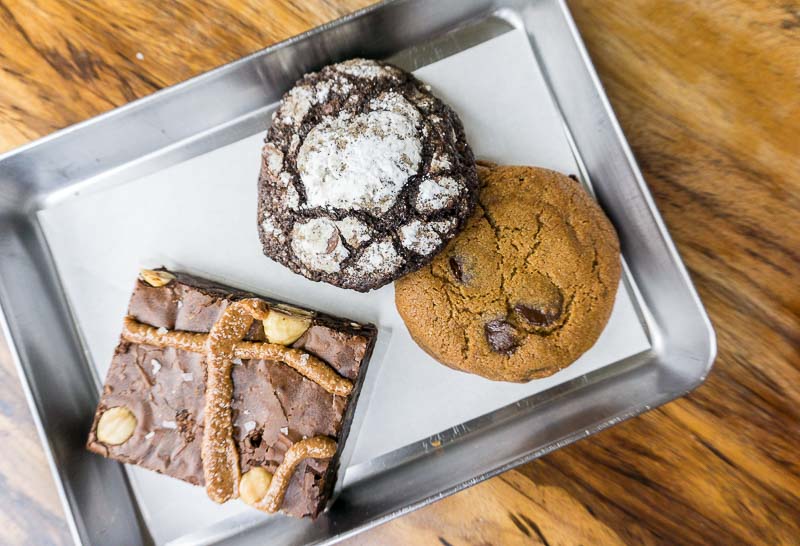 Those with a sweet tooth can also seek comfort here with their homemade bakes. The Cashew Praline Seasalt Brownie (S$5) wasn’t too overwhelming.

If you prefer your brownies mid-way between fudgy and spongey, this one will suit your taste perfectly. The cocoa was pronounced but fret not, the subtle sweetness balanced everything out. 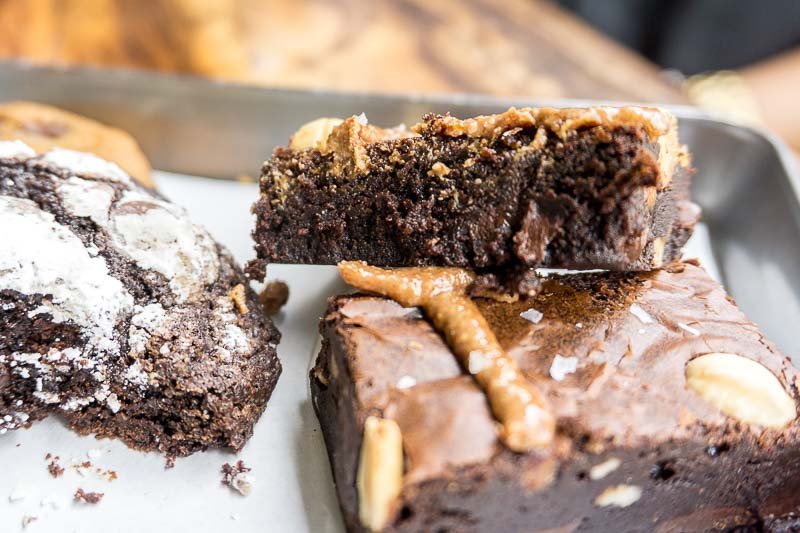 The fun part about their bakes is the philosophy of making use of what’s in the pantry at Micro Bakery & Kitchen. So, for instance, that day they used cashew in their brownies. Other days, they would use another type of nut.

Same goes for the type of flour their use in their cookies; sometimes it’s rye, other times it can be spelt (or whatever they have at their disposal or wish to experiment with). The Chocolate Crinkle Cookie (S$3) was crumbly on the exterior but moist and fudgy on the inside. I forgot to take note of the type of flour they used that day, but the cookie wasn’t as decadent as it looked. Enjoyed with a cup of coffee, this would surely perk you up!

The menu here at Micro Bakery & Kitchen may be limited, but what they serve was clearly done with plenty of love and passion for the art of baking. Despite their early mornings and long days on their feet rolling out dough, they spoke to me with so much fire for what they do.

It’s heartwarming to see such a tight-knit team of enthusiastic people prepare homely baked goods to the neighbourhood. I would highly recommend you lend them your support!