Outram Park Fried Kway Teow Mee: So Good That People Are Willing To Queue For Over An Hour At Hong Lim Market & Food Centre

Char Kway Teow is magical; the sweetness of the black sauce coating the noodles, the smoky wok hei from the frying process, crunchy bits of pork lard and fleshy cockles all come together to form something that’s delicious and utterly unhealthy. I love this dish so much, I would tabao a packet for supper at least twice a week when I was still in secondary school.

Nowadays, my metabolism can’t catch up to my appetite and I’ve started cutting down on my guilty pleasures. But I can never resist ordering a plate from Outram Park Fried Kway Teow Mee, despite the ever-present queues at their stall in Hong Lim Market & Food Centre that can sometimes equate to a 90-minute wait.

A two-hour wait for two plates of char kway teow is my record, and the recently shortened opening hours is definitely not going to help the queue. I can already hear people asking: “What’s so special about this stall’s char kway teow?” I know it sounds like an exaggeration, but everything is different, from the cooking process to the ingredients used. 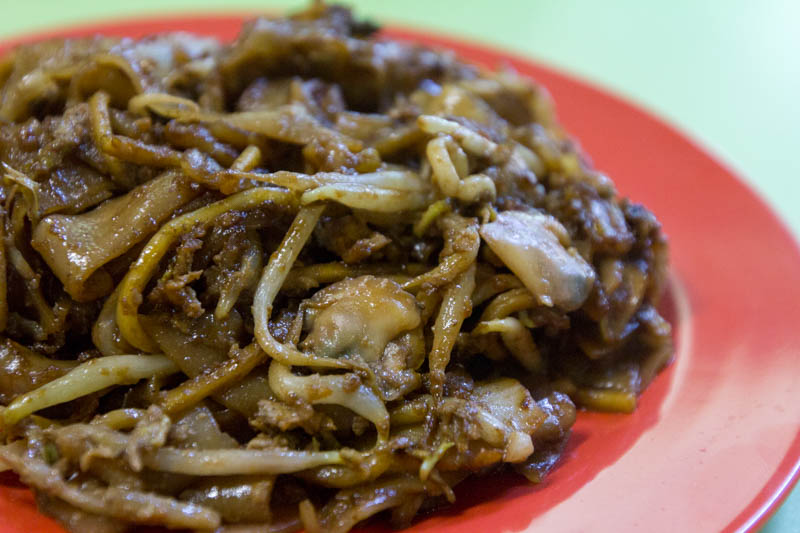 Char kway teow is simple, order it with or without chilli, and you get a standard dish of noodles, eggs, bean sprouts, cockles and pork lard. Some places add stuff like lupcheong (Chinese sausage) or remove the pork lard or cockles, but generally, that is what you get, and it’s no different at Outram Park Fried Kway Teow Mee. 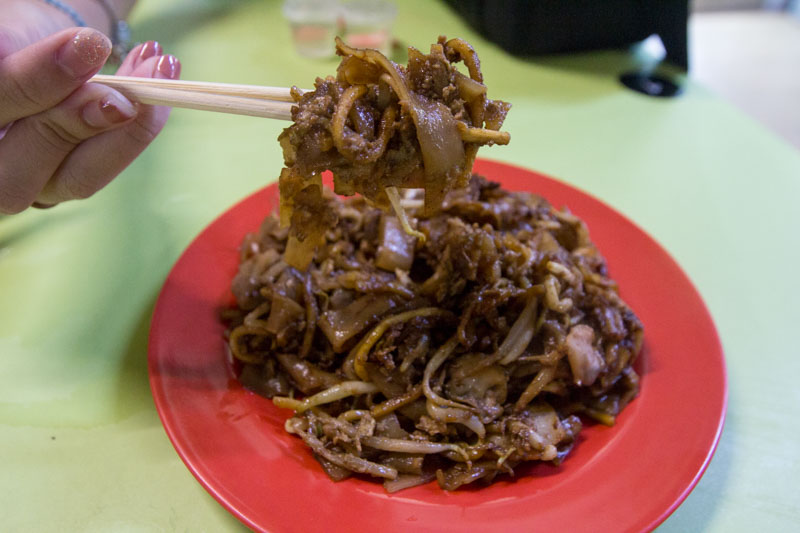 I ordered two plates of Char Kway Teow ($4), one with chilli and one without. Starting with the non-spicy variant, I relished in the first bite of sweet noodles and crunchy bean sprouts, all with a strong wok hei flavour. 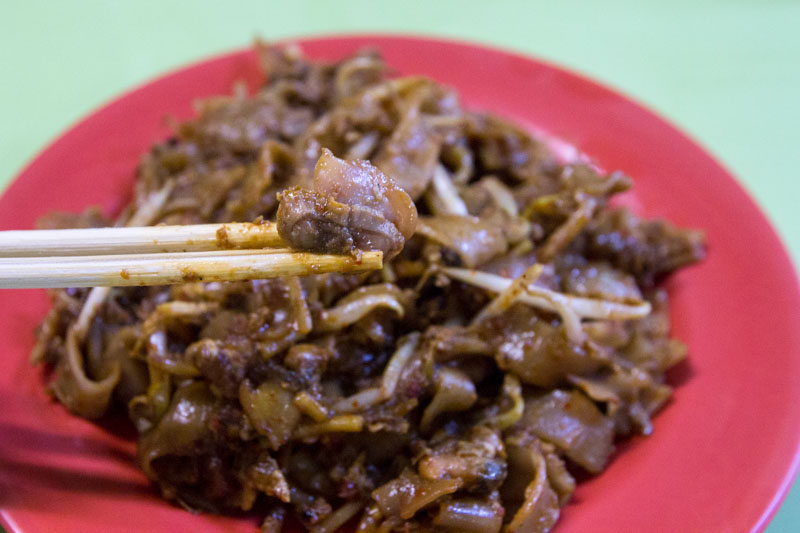 After a bit of digging around in the noodles, I realised that none of the big crunchy pork lard bits had made its way onto my plate, which was quite depressing.

Thankfully, the cockles were meaty and I counted 10 of them in the first plate. Halfway through the plate though, I started feeling a bit jelak without anything to help cut through the overall sweetness of the dish. 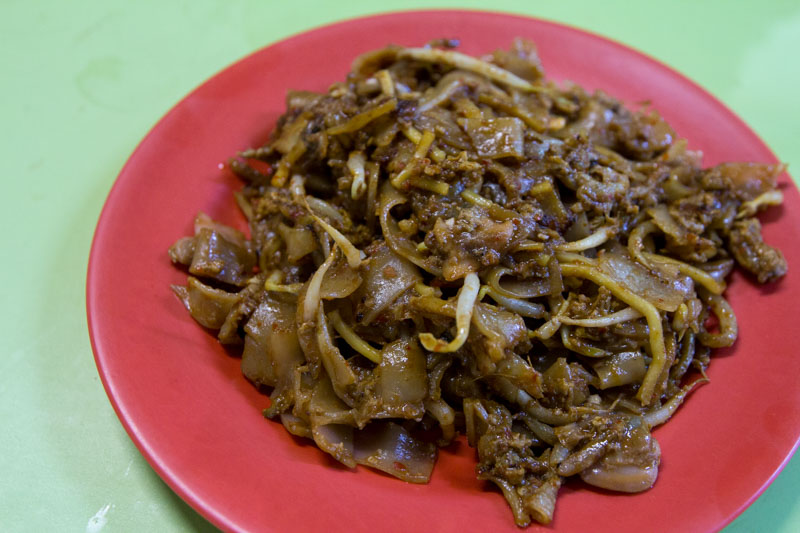 Then, I started on the other plate, which had the noodles fried with chilli. It was an immediate relief from the sweetness, with the chilli helping to cut through the grease.

However, I felt that the wok hei wasn’t as strong here, but the standard of the noodles and other ingredients were all consistent with the first plate. 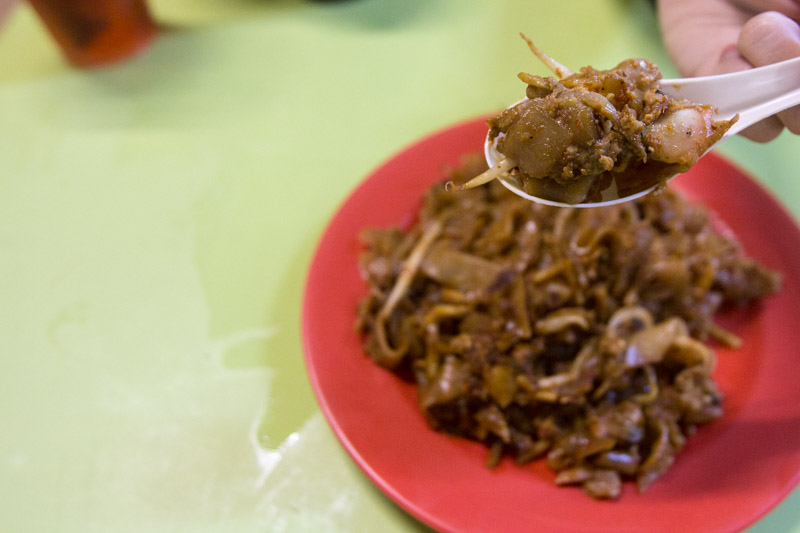 I found some of the bigger pork lard bits in the chilli variant, which was extremely satisfying although my arteries will probably say otherwise. I also counted at least 10 cockles here, so it’s good to know that ingredients are pretty consistent throughout.

Compared to other char kway teow, Outram Park Fried Kway Teow Mee’s noodles are definitely wetter thanks to the owner’s unique method of frying the noodles with the eggs first, resulting in a creamier texture. This stall has been around since the 1950s and is currently run by the founder’s son.

Stalls like these make me dread the possibility of nobody wanting to take over, leaving us with a lack of hawkers and the amazing food that they serve.

Previous articleAh Mah Homemade Cake: Popular Castella Cakes From Malaysia Opens In SG, Won Us Over With Its Nostalgic Taste
Next articleGet Your Favourite Treats For Only S$1 Every Week Til 6 Sep ’17 With Your FRANK OCBC Card & Apple Pay