11 Cheap Budget Buffets in Singapore $20 and Below 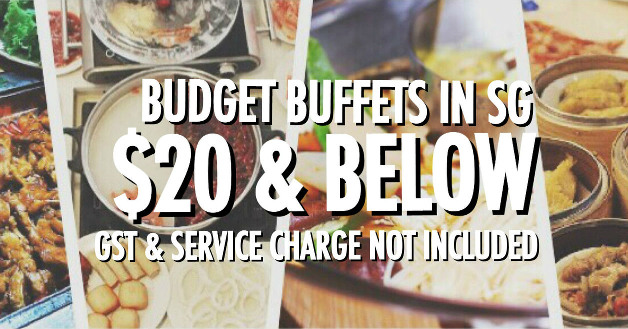 As with every cheap budget buffet list article, there is always a catch. The prices here do not include GST/service charge, so the total fee per pax might go above S$20 depending on the number of people you bring. This article works best to let you know exactly when and where to go to stretch your dollar.

Stop wasting your money on overpriced buffets that just aren’t worth it. If you have a craving for korean BBQs, shabu shabu buffets and even budget dim sum buffets and want to stop worrying about the price tag, you’ve come to the right place. In the words of Taylor Swift, “I could show you incredible things.”

I will be the first to say that SUKI-YA does not have an extensive selection. They have the right bases covered for a good shabu shabu: butaniku, kimchi, tomato and the all-time favourite sukiyaki, with different vegetables like cabbage and carrots to flavour the soup.

The budget buffet prices here are what really deserves a shout-out. The 80-minute Weekday Lunch Buffet is as low as S$19.90++ per pax. Do note there’s an additional S$3 fee on Fridays.

They have many outlets strewn across Singapore, including East locations such as Kallang Wave Mall, as well as Bukit Panjang Plaza in the North West. The offers vary across the different outlets, so do check out their promotions page for the most updated info.

Annalakshmi deserves a spot on this list because of its unique dining concept— you pay as you wish. In fact, its name is derived from the Hindu goddess of abundance and nourishment.

This non-profit restaurant is run mostly by volunteers who dedicate their time to serving the community. Patrons who come here can eat as much as they want and pay any amount, allowing diners who are going through a tough time to enjoy the comforts of a home-cooked meal without having to worry about the cost.

The food here ranges from South Indian to North Indian cuisine and comes buffet-style, so you can help yourself to your favourite dishes as much as you want, such as soft bread, crispy dosas and hearty sambars.

Shabu Sai has seasonal soup broths from time to time, like their Gobo Herbal Chicken Soup or Cordyceps Flower Herbal Soup. I always fall back on the Tonkotsu soup base anyway, as it’s a safer option.

Its price deserves a shout-out, because despite COVID-19 and inflation, its 70-minute Weekday Lunch Buffet is priced at S$16.99++ per pax, even on Fridays. This includes free-flow pork collar, pork belly and chicken.

Adding on free-flow beef will set you back another S$2, but generally this budget buffet still falls below the S$20 range, not including GST. 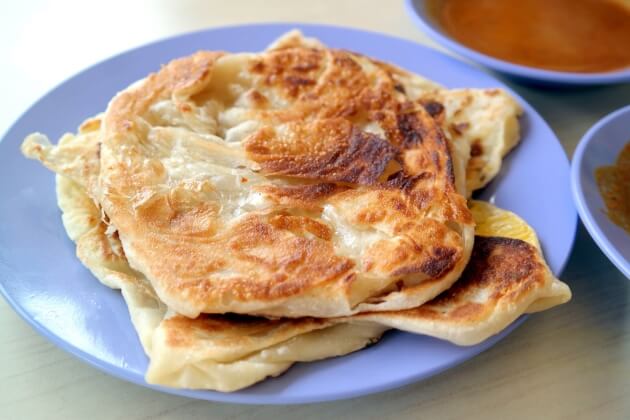 Al Jasra Restaurant is Singapore’s only prata buffet house, and if that doesn’t excite you, wait till you hear how much it costs— a mere S$7.90 per person. What a shocker, considering I can easily pay so much more for a single meal elsewhere!

Located near Kembangan MRT, this 24/7 prata house will allow you to fulfil your prata cravings any time of the day. Pick from over 16 prata varieties including both sweet and savoury, such as Egg & Onion Prata, Ikan Bilis Prata and Banana Prata. Eat it alongside the in-house curry, sip on a piping hot cup of teh tarik, and you’ll be set.

A stone’s throw away from SOTA, I’m Kim Korean BBQ’s Weekday Lunch Buffet is ridiculously priced at S$16.90++. Students have it even better, with a special price at S$14.90++. At prices like these, I dare say it is one of the best budget buffets for Korean BBQ in Singapore.

As per most Korean BBQ places, I’m Kim Korean BBQ has the standard meat cuts, such as Black Pepper Chicken, Marinated Pork Belly and Chuck Tender Beef. Dishes like Korean Ginseng Soup, Tteokbokki and Popcorn Chicken act as a lead up to the Korean meats.

Note that you’ll need to have a minimum group size of two persons to dine, and that its Weekday Lunch Buffet is capped at 90 minutes. Yes, you heard it right. There’s actually a hotel buffet that falls below S$20, and it’s none other than Makan @ Jen’s Semi-Buffet. Both Lunch and Dinner seatings will cost S$17.90++ per person, but as the name Semi-Buffet might suggest, there’s a slight caveat.

For S$17.90++, you’ll get to enjoy unlimited servings of its appetisers and desserts, such as its salads, soups, cakes and desserts, but you’ll only be able to enjoy one main course serving. Depending on the day and seating, you’ll be able to pick from main courses such as Pan Seared Sea Bass, Baked Cajun Chicken and Slow Cooked Beef Stew.

Located within Orchard Grand Court, Crystal Cafe’s Taiwan Porridge Buffet falls below S$20, even on weekends or public holidays, so hooray to an affordable deal! Its Weekday Buffet is priced at S$16.80++ while its Weekend Buffet is S$18.80++, so you can eat your fill of sweet potato porridge, salted egg, braised pork dishes, chap chye and more.

Did you know that GoroGoro Steamboat & Korean Buffet’s name actually originated from the sound of a rumbling tummy, as well as the hot bubbling sound of a boiling steamboat pot?

Its Weekday Lunch Buffet is priced at S$17.90++ per person, making it a really affordable budget buffet if you’re ever craving Korean hotpot. Its soup bases are pretty diverse, ranging from Korean Ginseng to even Pepper Bak Kut Teh, and you’ll be able to enjoy popular steamboat items such as Chicken and Beef Roll.

Other than the usual hotpot ingredients, they also have Korean dishes such as Tteobokki, Japchae and Korean Pancake.

ChopeDeals: Save 27% at GoroGoro Steamboat

Westies, this one’s for you.

For just S$16.90++ for its Weekday Lunch Buffet, Pot Addiction’s budget buffet are incredibly hard to beat because you get to pick between the Dual-Pot Steamboat or Korean BBQ. It has branches at West Mall and Sunplaza.

The Dual-Pot Steamboat and Korean BBQ menu differs depending on the outlet, but you can look forward to your usual steamboat items such as Sliced Pork Belly, Hotpot Scallop and Luncheon Meat. As for the Korean BBQ, some highlights include Spicy Squid, Beef Bulgolgi and Thai Style Chicken.

Dookki Singapore’s Tteokbokki Buffet has got me going daebak because of its affordable pricing.

Its Weekday Lunch Buffet (available till 5pm) is priced at S$15.80++ per adult, while students enjoy it a dollar cheaper at S$14.80++. Not to mention, its usual buffet timings for weekends or dinner costs S$18.80++ per person, making it a great place to chill with friends over a hearty tteokbokki budget buffet.

For the uninitiated, tteokbokki buffets aren’t too different from regular steamboat buffets. The only differences lie in the free-flow tteokbokki (or rice cakes), as well as the ability to make use of the leftover sauce to cook fried rice. It’s certainly an overload of carbs, but I suppose indulging it occasionally won’t hurt.

It feels apt to end this list on a sweet note (literally) with You Are My Sunshine’s Kroffle Buffet, which will only set you back S$9.90++ per person.

You Are My Sunshine is located within Ngee Ann City and functions as a beauty salon, cafe and retail space. Its all-day budget buffet will be a huge hit with the sweet tooths because you’ll get to dig into unlimited servings of Kroffles, which are a hybrid between croissants and waffles. Top it up with your selection of ice-cream and pick from flavours such as Peanut Butter Mud Pie, Earl Grey Lavender, Artisan Chocolate and Mexican Vanilla Pod.

While the S$9.90++ price is available from Sunday to Thursday, its Friday to Saturday price goes up to S$17.90++, but still falls below the S$20 requirement for this list.

10 halal buffets in Singapore to suit & satisfy every palate

13 best Japanese buffets in Singapore for your sashimi fix