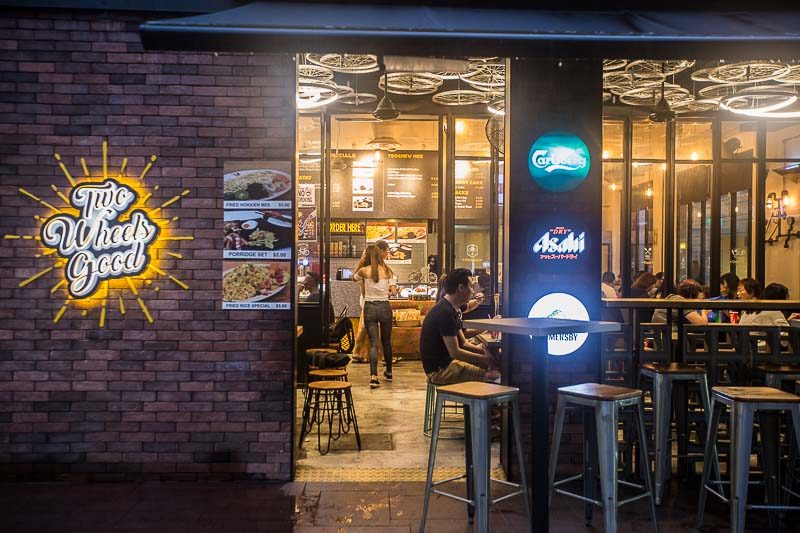 Located right outside Jurong Point, 2 Wheels Good serves up homely local eats such as bak chor mee, carrot cake and kaya toast. This innovative bicycle-themed cafe has been growing in popularity since it opened in early 2017. The owner of the cafe, Alan Lee, used to manage Banquet (the halal food court) that unfortunately closed down after years of ups and downs. With 20 to 30 years of experience hustling in this business, this veteran has an undying passion for food and believes in helping local food stay authentic. 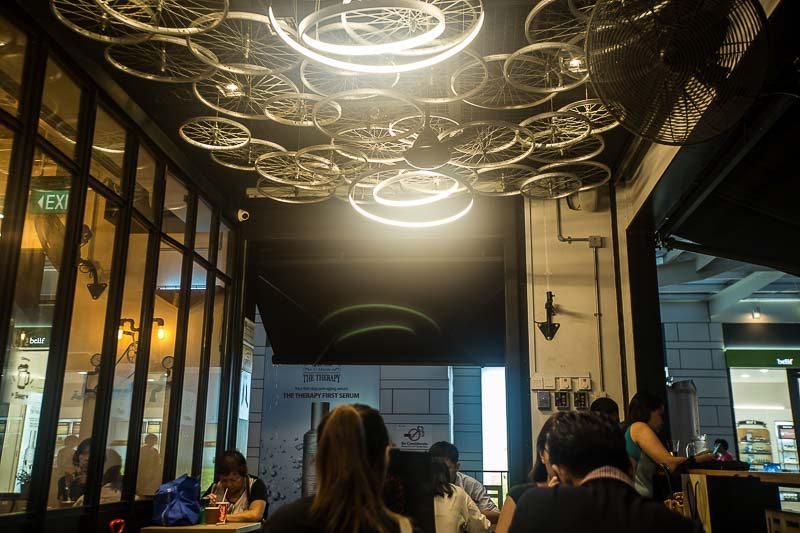 Decorated with bicycle parts hanging from the walls and the ceiling, you’ll even spot an entire bicycle mounted with a toolset on the side of a wall. The lighting was warm, giving the space a homely ambience. Alan didn’t quite specify what his inspirations behind the theme of the cafe were but I must admit, I was digging it. 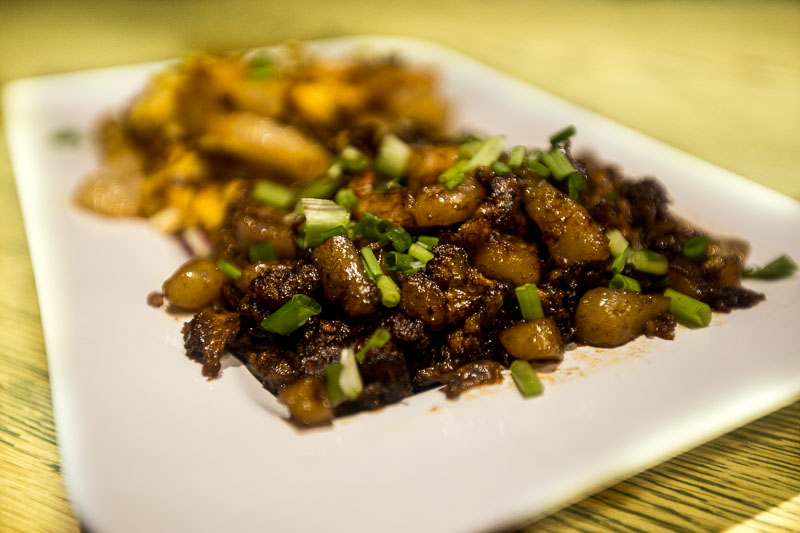 The Black Carrot Cake had a prominent garlicky taste and was moist with a good ratio of egg and radish cubes. It also left a tingling spice in my mouth. 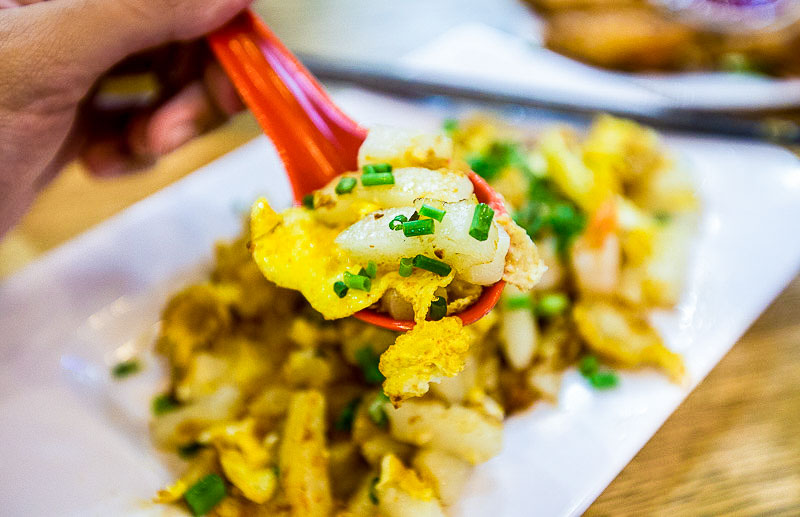 The White Carrot Cake, however, paled in comparison to its counterpart; it wasn’t too oily which was good but it was a little salty for my liking.

What I did enjoy was that both dishes had a mixture of long and short radish cubes, with the shorter ones providing a nice crunch with their crispy texture. 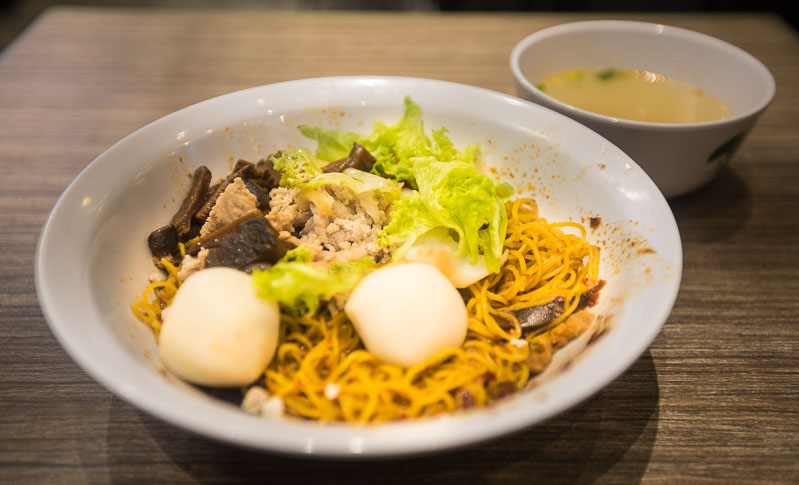 Initially their number one seller, Alan explained that the Signature Fishball Noodle ($4.50) had dropped down the ranks when other dishes such as the Fried Beehoon ($5) and Hokkien Mee ($5) were introduced.

After a couple of bites, I started to understand why this had once reigned as the champion dish of 2 Wheels Good. The mushrooms were thickly sliced and the dish was topped off with a good amount of minced meat. I liked that the fishball was springy and a little sweet.

The noodles were delightfully firm and the dried chilli which was used as a substitute for chilli padi made the dish even spicier. 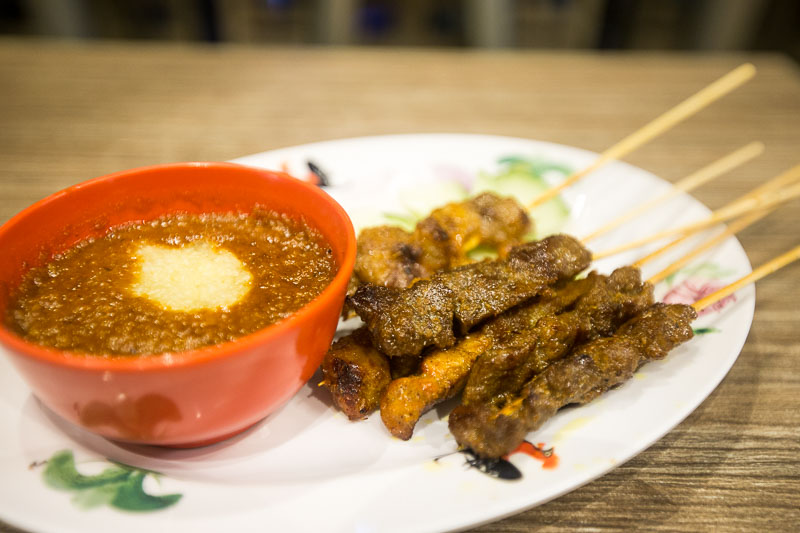 If there’s one thing in this world that can bring joy to my heart, it’s a mean plate of satay. I couldn’t wait to try the Satay Sticks ($5.50 for six sticks), accompanied by the iconic peanut sauce.

The yellow centre of the sauce is in fact, a dollop of pineapple paste (ingenious!). We had three sticks of chicken and beef each, and I particularly liked how the sweetness of the pineapple paste cut through the strong flavours of the peanut sauce. 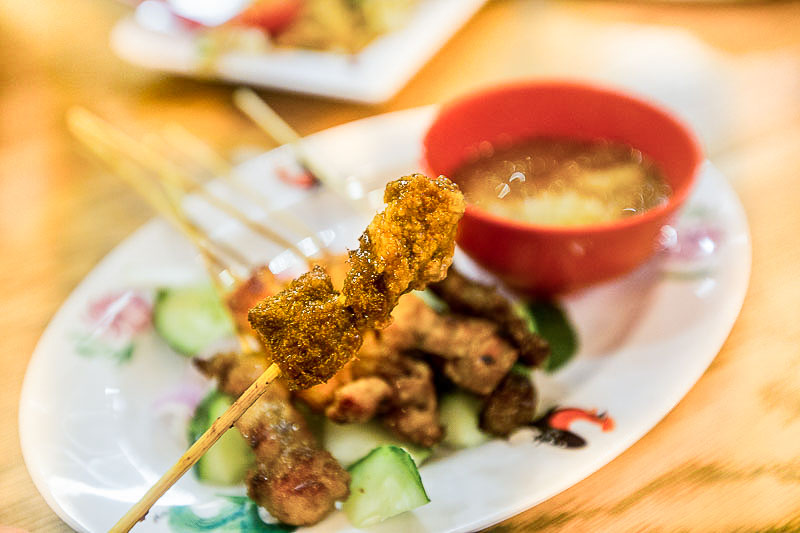 The meat on the Chicken Satay was succulent and chewy, but soft enough for me to easily rip off the stick. As yummy as that was, I preferred the Beef Satay which was well-marinated and oozing flavour. I couldn’t help but call dibs on the remaining sticks.

The meats could have been a little softer, but overall the dish was well worth the money. 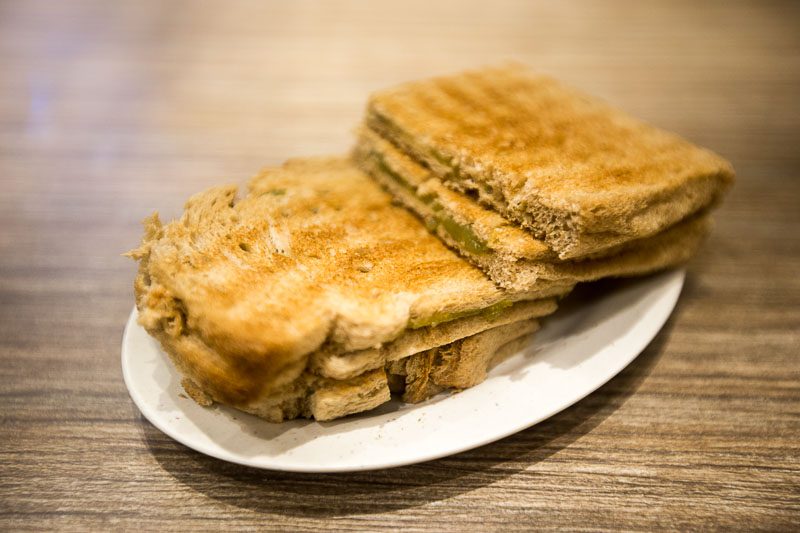 We ended our meal on a lighter note, with something from the breakfast selection: Kaya Toast ($1.70). Now, this dish has a long story behind it.

Alan recalls how he experimented with different ratios of egg and coconut. He found that he preferred his kaya less sweet, after sampling dozens of different versions of kaya. By taking out 40% of the sugar, the shelf life of his kaya was shortened to three months, a drastic difference when compared to normal kaya that can last up to two years. 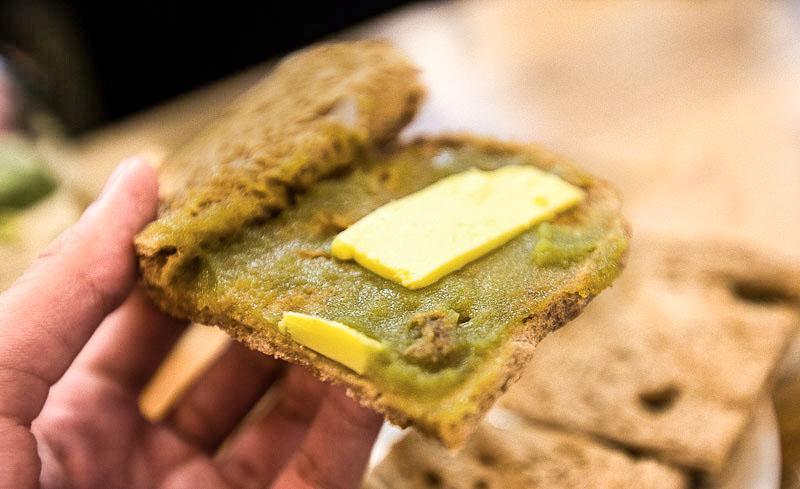 The result? A smooth and thick spread that was rich in coconut flavour, but mellow with just the right level of sweetness. I was amazed by how pronounced the kaya taste was. Also, the texture of the spread was a little grainy; a quality that most good kayas possess.

If you’re down for affordable food that’s big on flavour, 2 Wheels Good might just be right up your alley. All the food items on the menu are priced under $10.

It’s the perfect place to head to after work just to chill and drink a couple of beers over local food and snacks. If you ask me, I’ll definitely be noting 2 Wheels Good as one of my go-to spots for supper.

Previous articleChug All The Drinks You Want At This Liquid Buffet For Only $19.90 This Feb 2018
Next articleSweet Mary’s: Satisfy Your Sweet Tooth With Hokkaido Soft Serve & Coconut Cold Brews Along Selegie Rd Learn How Wine Can Be Good For You At This Wine...