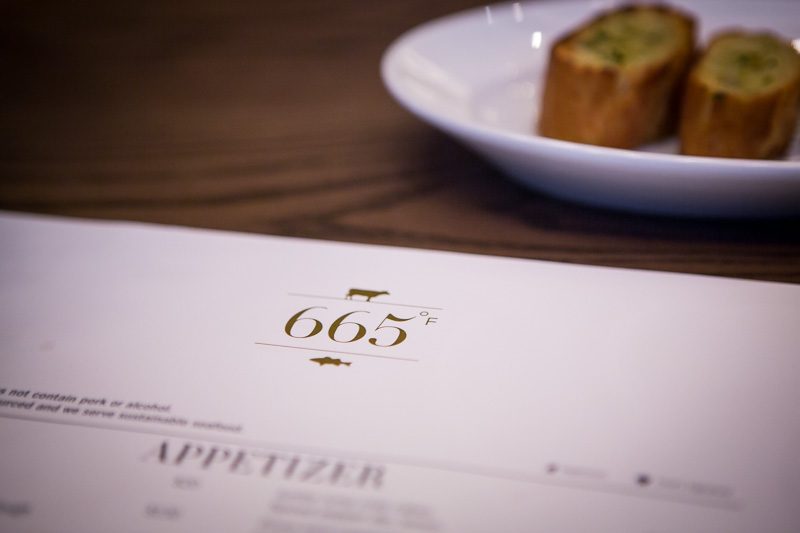 As a steak-loving enthusiast, I couldn’t pass up an opportunity to taste some glorious beef.

665°F steakhouse is named after the temperature of the Pira oven in the open kitchen that is used to cook the steaks and meats, which are halal-certified by the way. 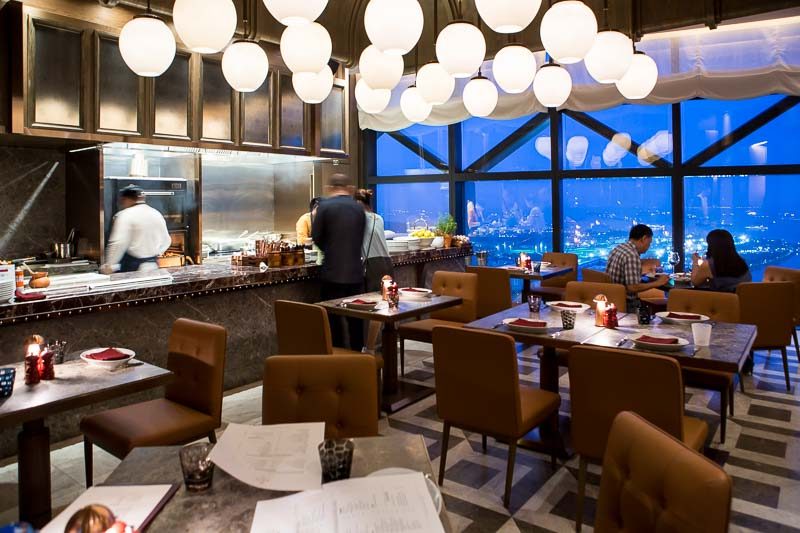 With dramatic interiors conceptualised by designer Andre Fu of AFSO, the cosy steakhouse offers a stunning view of Singapore’s cityscape from high above.

The aesthetics of 665°F is largely based off traditional Savile Row tailor shops and transports guests into a world of armoury chic with hues of walnut, burgundy and copper; a modern, albeit familiar twist to modern American steakhouses. 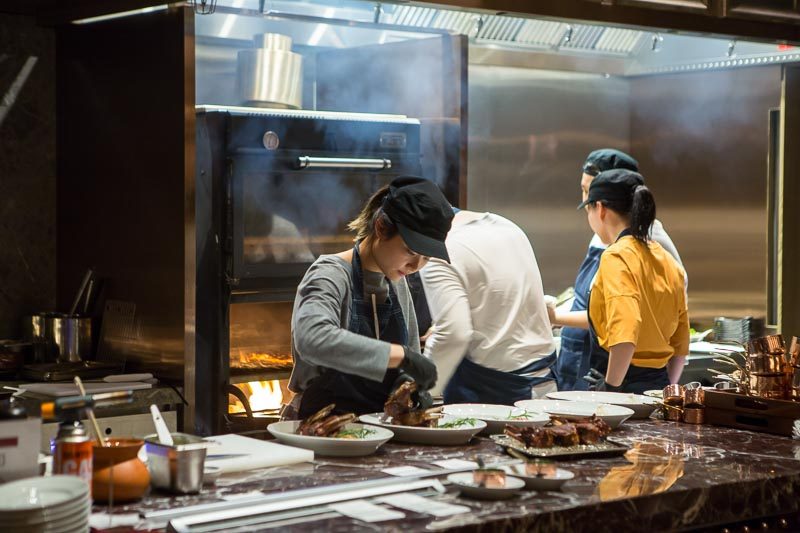 Let’s have a loke at what Chef Loke brings to the table shall we.

We kick off the tasting meal with some appetisers. A perfect starter, the kingfish (also known as hamachi) comes with charred cucumber, watermelon radish and red finger lime atop.

Finger lime is a rare treat in this part of the world, with its tiny pulps giving the title of ‘citrus caviar’. The pickled and acidic elements all complement the oily cured fish and I’d reckon this dish a must-try at 665°F. Made with Australian BMS 3 beef, and topped with shaved French Perigord black truffle, the tender yet lean beef contrasts the crunchy sweet celeriac with a waft of subtle truffle aroma. The play on textures is commendable. 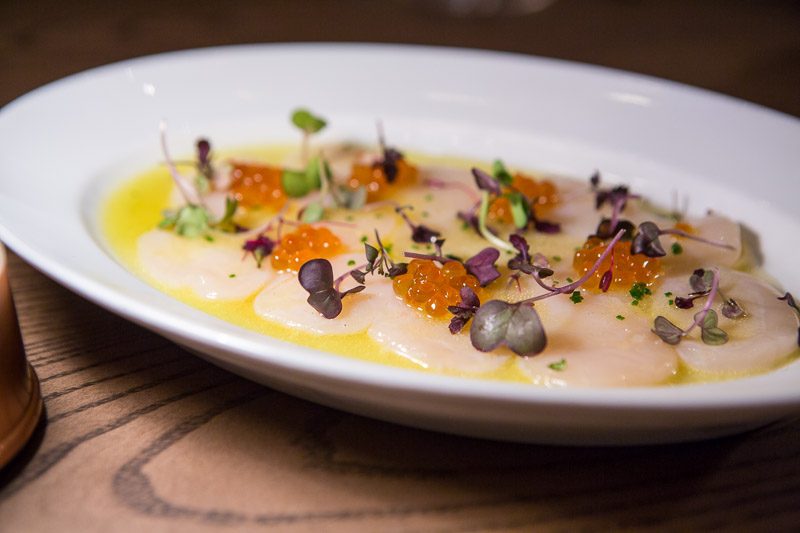 Another great hit were the sweet scallops that are gently ‘cooked’ by the acidic lemon vinaigrette. The Salmon roe adds intermittent bursts of oceanic flavour giving a mix of sweet, sour and savoury in one mouthful. Truly glorious.

No complaints so far about the light appetisers that have teased what is to come.

Next up are dishes from their famed Pira oven and grill. These tender grilled babies had nary a whiff of gamey odour which blended into the charred texture, yet provide that hearty punch all lamb chops should aspire to be. I find chomping the meat off the bone while holding it with my hand adds to the finger licking fun.

If the lamb still proves too overpowering for some, spike it with the accompanying herbaceous Salsa Verde sauce to ease out the edge. Seasoned with parsley, garlic and lemon butter, this delicate seafood requires a little more attention by the kitchen crew when cooking in the hostile Pira oven. I found the prawns a tad overcooked, dry and with the meat sticking stubbornly to its shell. 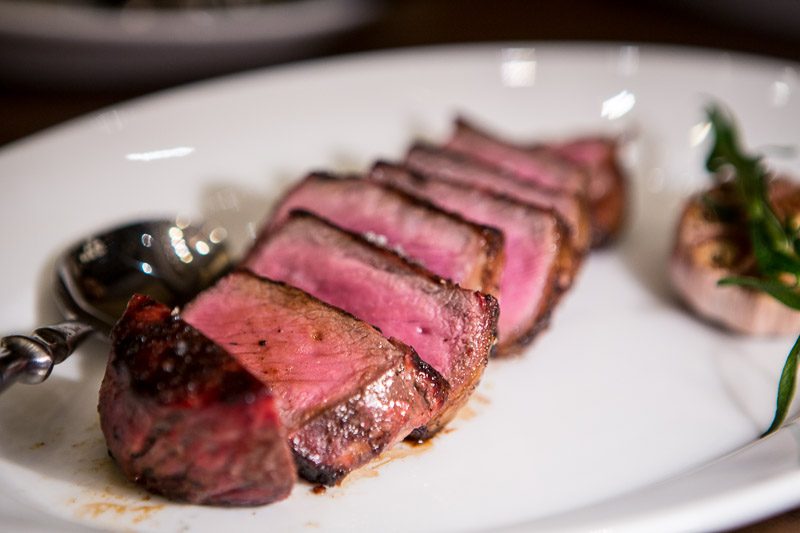 Finally what I’ve made the pilgrimage to 665°F for: steak. 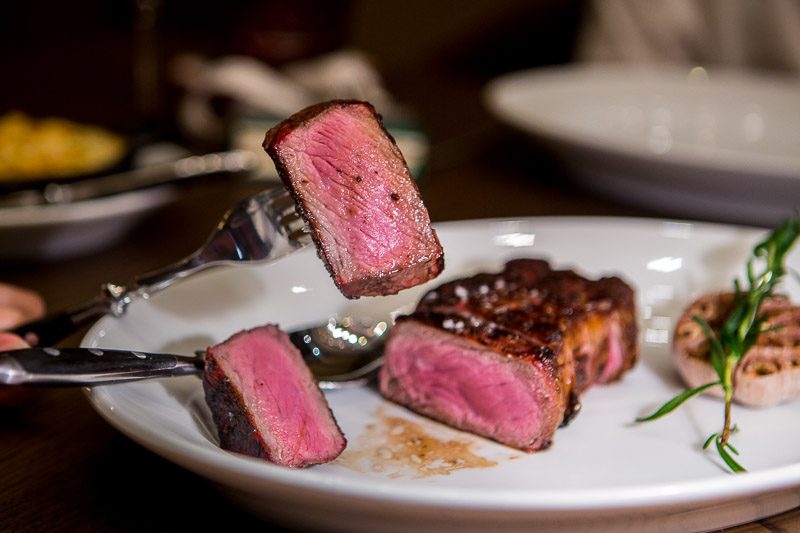 What we have here is a Grain-fed, USDA Prime, Omaha Sirloin. The perfectly cooked medium-rare portion is generous, with a spectacular burnt char courtesy of the searing Pira grill.

The fat is well-distributed in this juicy cut with a clean but short finish. It doesn’t have much character in the meat profile though, unlike dry-aged or grass-fed beef.

On a note, the black pepper sauce is surprisingly good which you can drench in on the side. 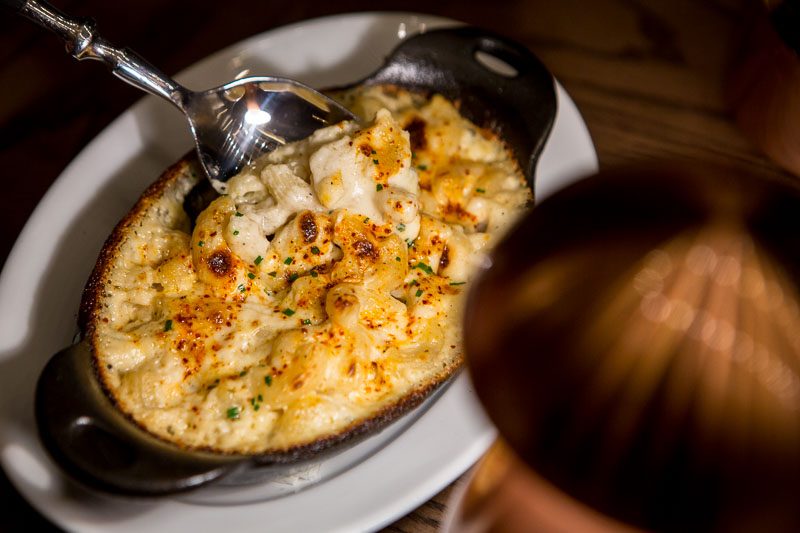 Just to fill us up with some carbs, we had the Mac & cheese which was pretty nondescript. Perhaps a heavier cheese like aged cheddar or gorgonzola could be mixed in for a more spirited taste. 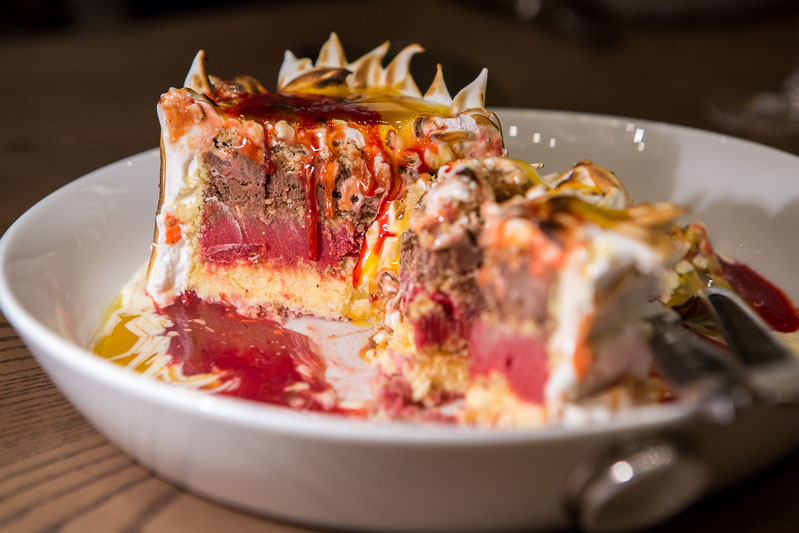 We had a few desserts such as the Baked Alaska ($24) which was slathered with passion fruit and raspberry sauce. Baked meringue covered ice cream and sour sauce, this was my dessert highlight to refreshingly end off dinner.

Unconventionally, all the desserts at 665°F serve two to four pax per order which makes it hard for the solo sweet-tooth to enjoy. 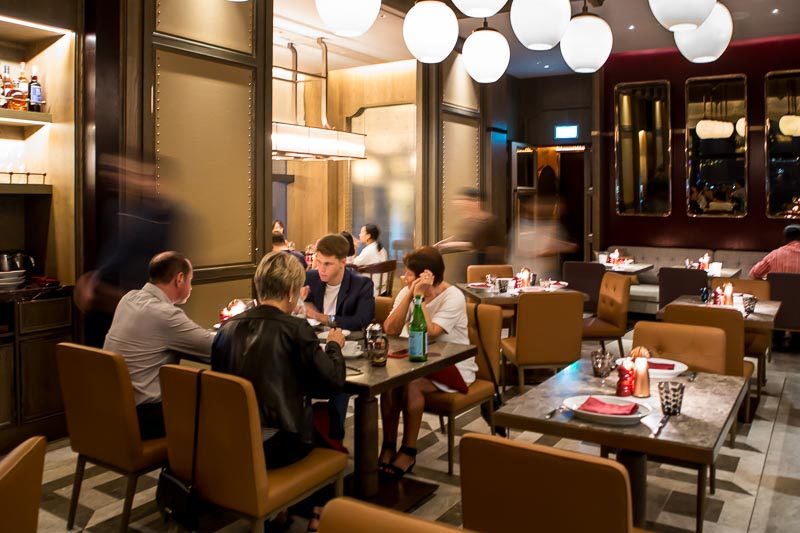 665°F was a mixed bag for me, with the seafood mains being a let down although the appetisers were so promising. The Atlantic Salmon ($39) which we tried was also fishy and bland.

As for the beef, I have no beef with it; neither was there any steak epiphany. It’s a good price though for the serving size.

Being touted as an upscale steakhouse, service attention could also be improved like the pouring of water and wine when depleted.

665°F does show a lot of potential with its well-designed sleek interior and seasoned chef. It’s also one of the rare steakhouses in Singapore serving halal-certified beef too.

For now, bask in the view and the quaint atmosphere – I’m sure standards will improve eventually.

Previous articleRoyale Restaurant: DIY Your Own Yu Sheng At This CNY Buffet In Mercure Singapore Bugis
Next articlePut Together A Gift Box Cake For Valentine’s Day At One Farrer Hotel & Spa This 3 Feb