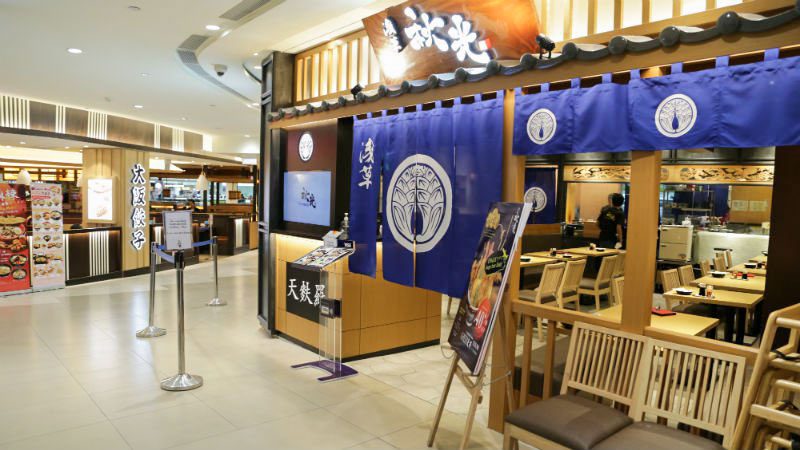 It’s hard for me to say what my ultimate Japanese soul food is. On some days, I’d say it’s a tough call between a piping-hot bowl of tonkotsu ramen or a homely serving of curry rice; but on others, I’ll have a beastly craving for a decent tendon.

No, not the innard you’d find in kway chap (though I’d gobble those up in a heartbeat too), but the shortened form of tempura donburi – assorted pieces of fried tempura piled atop rice mixed with sweet-savoury tentsuyu sauce. 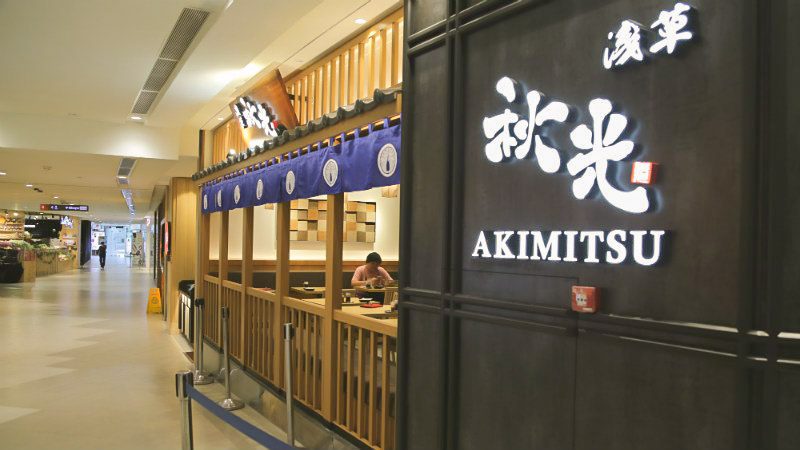 If the snaking queues outside Tendon Ginza Itsuki are any indication, Singaporeans love their tendon. So when news spread of this Tokyo-originated tempura establishment – it has a longstanding history of 128 years – opening on our shores, there was a buzz in the air.

I made my way to the Akimitsu branch at Plaza Singapura (there is a second branch at VivoCity as well), and braced myself for the long wait. But here’s the thing: at 1.30pm on a weekday afternoon, I didn’t have to wait at all.

Keeping my fingers crossed that this wasn’t tantamount to a response against overrated hype, I entered to give it a shot regardless. 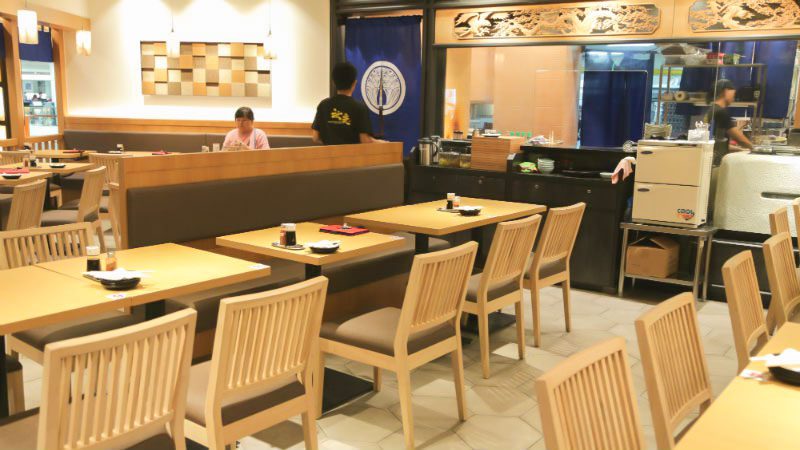 While all of these tendons are served with the tempura and sauce already mixed with the rice, you can also order tempura rice sets where everything is served separately – a Mixed Tempura Rice Set with prawn, whitefish, golden mushrooms, seaweed and assorted vegetables goes for just $15.90. I ordered Akimitsu’s Signature Tendon ($14.90), which I figured would be a good introduction to the restaurant’s forte. This comes with two prawns, one whitefish fillet, an egg, seaweed, and assorted vegetables such  as eggplant, baby corn, mushrooms, lady’s finger, and asparagus. Definitely a generous bounty for a price that won’t bust the bank.

Personally, I don’t fancy tendons with rice drowned in tentsuyu sauce. The amount of sauce mixed into the rice here was well-balanced; neither soggy nor too salty. But for a rice guzzler such as myself, I would’ve preferred if the ratio of tempura ingredients to rice was more even. I found myself trying to salvage the rice as I went through the tempura goodies one by one. The prawns here were excellent. They weren’t too limp and soggy, nor were they overly coated in batter. The natural taste of the prawn remained intact, and each bite was firm with a satisfying crunch. 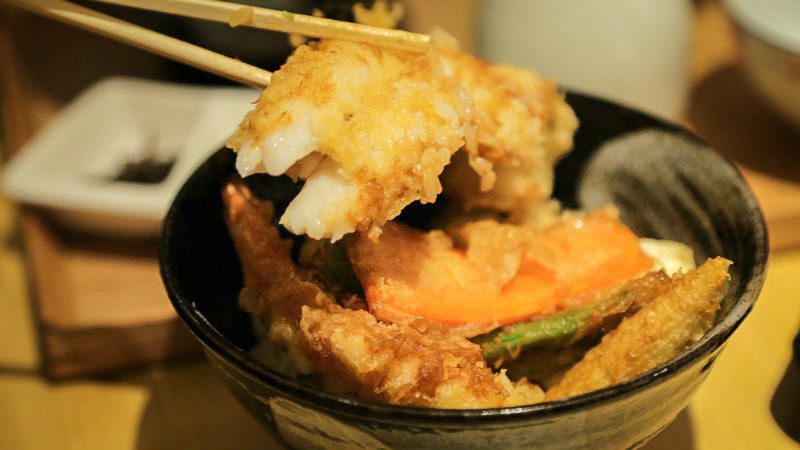 Another standout was the whitefish. With prawns often as a primary ingredient in tendon, fish is sometimes an afterthought. This, however, was the winning ingredient in my books.

Despite being fried and crusted in batter, the fish remained fluffy on the inside. It also comes as a sizeable fillet, so you’ll be getting plenty of bites out of this.

With this many vegetables in one bowl, it’ll be hard for you not to be full even with the small serving of rice. Also, most of the ingredients (save for the eggplant) were not too oily, so you won’t feel like a whale after you’re done. 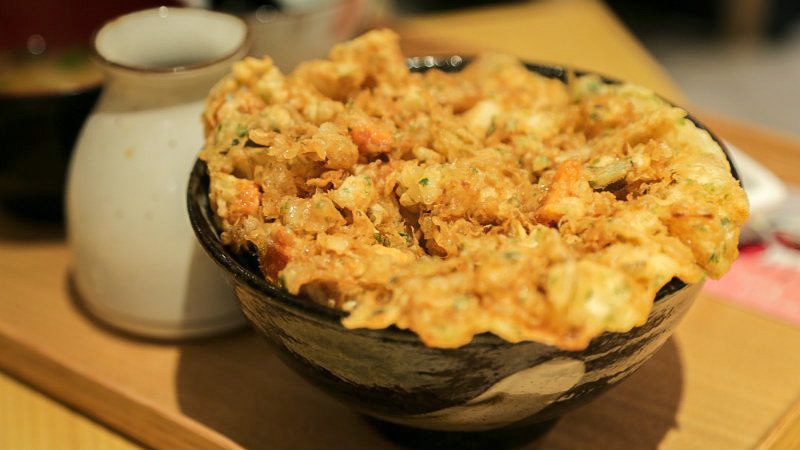 But my meal didn’t just stop there, as I ordered a dish that really caught my eye. Called Kakiage Tencha ($17.90), this is something you won’t commonly find in Japanese restaurants. I mean, have you tried tempura porridge before? Because that is essentially what this is.

In this dish, an enormous kakiage ‘patty’ rests atop rice mixed with sauce, comprising a medley of chopped prawns, whitefish, silverfish, onions and assorted vegetables. You could eat it as it is, but the fun is in mixing this with the provided dashi soup. The dashi soup itself was clear and light, with a subtle, salty flavour reminiscent of dobin mushi (a traditional Japanese seafood broth). The trick here is to scoop up a desired portion of kakiage and rice into a bowl, and pour in the dashi soup to enhance the flavour. 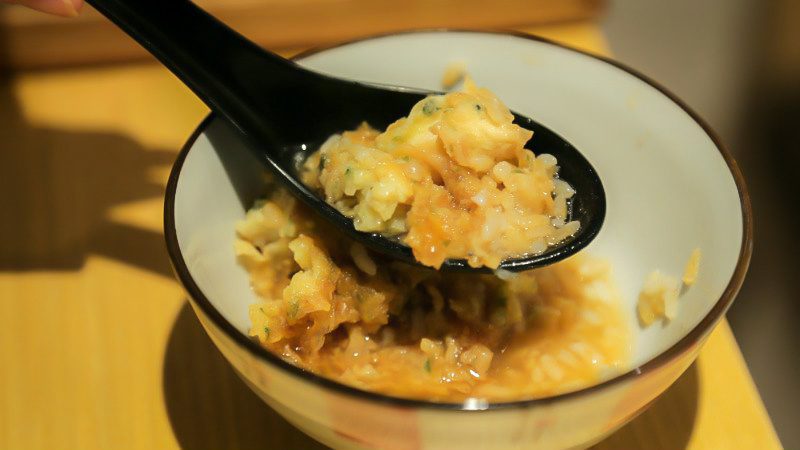 Naturally, adding soup to the kakiage would turn it soggy and mushy, but if you think of this dish as porridge, it makes perfect sense. As the kakiage breaks apart, the robust flavours of the seafood and vegetables come out even more. If you have a sore throat but still have a craving for tempura, this dish is just for you.

Overrated hype? Absolutely not. This might just be one of my favourite tendons in Singapore. And without the hassle of staggering queues (for weekday lunches, at least), Akimitsu will definitely have me coming back for return visits. Slurp ’Til You Burp At This French Oyster Festival At Ginett...