I’m sure most of us are familiar with the cyan-blue colour that is associated with popular jewellery company Tiffany & Co. New on the block on Bali Lane, you would be able to spot an entire shop front painted in this similar shade. Hailing from Osaka, Asian Rad Afters has landed in Singapore. While Asian Rad Afters have no affiliation with the jewellery brand, their aesthetic decoration does reflect similar elegance in spite of its simplicity. The cafe is decorated with elegant flowers and birds, giving off a pleasant garden vibe based on their soothing colour scheme. Asian Rad Afters pride themselves in serving bubble waffles, otherwise known as ‘egglets’, with some drinks and ice cream too. I was glad to see that the bubble waffles were prepared upon order, so they would be fresh and warm when served. Asian Rad Afters is known for their bubble waffles, so we decided to go for one of their Singapore exclusive, The Peranakan (S$12.50). This was their original waffle served with coconut ice cream, then topped with purple sweet potato fresh cream as well as two pieces of dragonfruit and mango. It was presented to us pretty quickly, on a metal holder to prop the bubble waffle up. At first look, they were very Instagrammable indeed. The sweet potato fresh cream was of a pale purple hue, with a sticky consistency to it, which reminded me of marshmallow fluff. I didn’t mind it though. In addition, it had the subtle sweetness of sweet potato which I enjoyed. The coconut ice cream was slightly icy but refreshing which went well with the other components of the waffle. It had its distinct milky and sweet notes to it, in addition to lil’ bits of what I assumed was coconut. The fruits were really fresh and sweet too. In contrast, the fruit loops gave it a nice crunch with an extra touch of sweetness. The bubble waffle itself didn’t have the crisp exterior I was used to. It was rather dense in its entirety. Nonetheless, it was still relatively soft and easy to eat.

It came with a dollop of kaya at the bottom. Apparently, they changed their usual custard filling at the base of the waffle to kaya to suit our local taste. However, I thought that kaya wasn’t the best choice and was jarring in the mix. Perhaps the custard would have been a better choice. 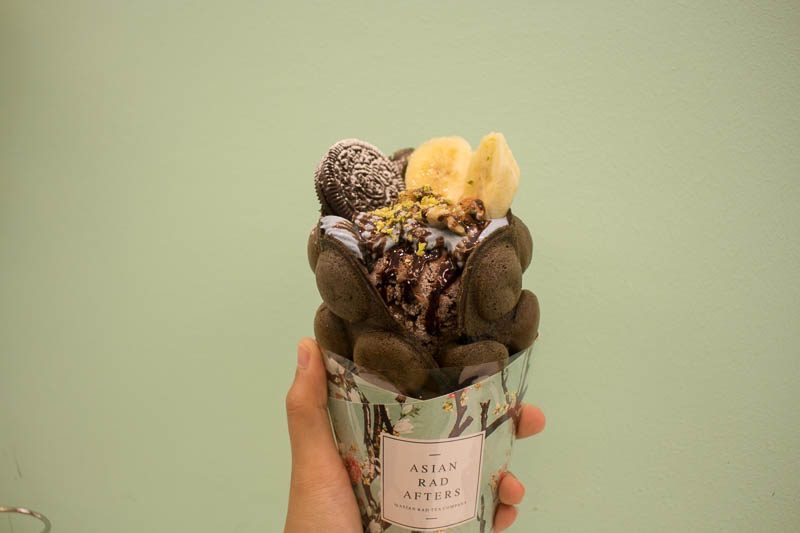 We also tried the Blue City Chocolate (S$12), the popular favourite back in Osaka. This was served in a chocolate waffle with chocolate ice cream. It is then topped with butterfly pea fresh cream, two slices of banana, an Oreo cookie, as well as caramel nuts and a drizzle of chocolate sauce. This combination sounds slightly jelak, but it was surprisingly delectable. The butterfly pea fresh cream had a baby blue hue with the same sticky consistency. It had a subtle vanilla taste, which went well with the sweet caramel nuts, that had a nice crunch to them. As I’m more a fan of rich and decadent desserts, the toppings on this appealed to me more. I love Oreo’s, and I was glad the cookie was fresh and crunchy. The bananas were also nicely ripe and sweet. Unfortunately, I felt that the weakest link here was the ice cream. While it was relatively creamy and smooth, the chocolate flavour was slightly lacklustre and I wished it was richer and darker. 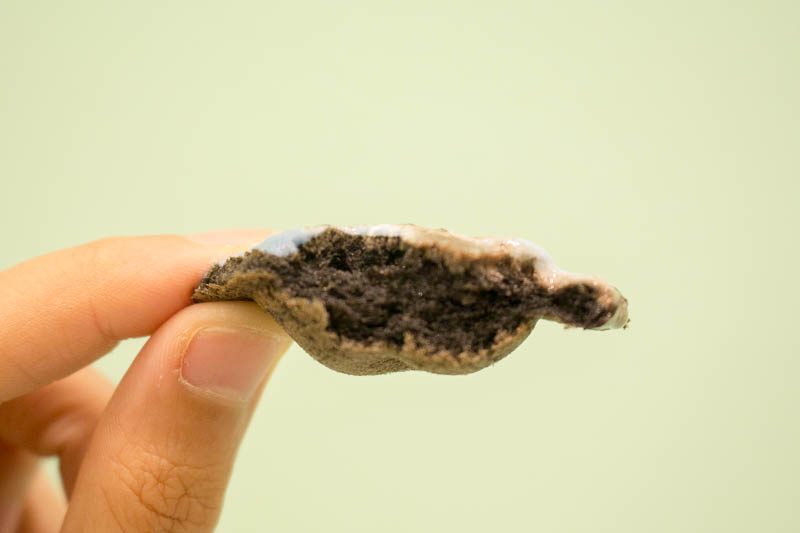 The bubble waffle had the same texture as the previous one we had, which was proof of consistency. However, I couldn’t taste any hint of chocolate in it; my dining partner thought it was charcoal-flavoured instead of chocolate. We also got two drinks, the Kuta Beach Sunset (S$4.80) and Bonsai Citrus (S$4.80). These are both Singapore-exclusive as well, and very aesthetically pleasing.

The former was a combination of lime juice and matcha. I saw them preparing the matcha the traditional way — with the bamboo whisk. However, the Asian After Rad’s Beach sunset just tasted predominantly of lime, albeit matcha being a strong and full-bodied flavour. I would suggest tweaking the ratio to have less lime. The latter was a mix of roselle tea and orange juice. As the flavour profiles of these lean toward the tart side, this was one tangy and refreshing drink. We decided to get a Double Scoop Ice Cream (S$6.50) too as there were many flavours on display. The Thai milk tea flavour was a disappointment. It lacked the distinct creaminess, fragrance and sweetness that good Thai milk tea typically has. 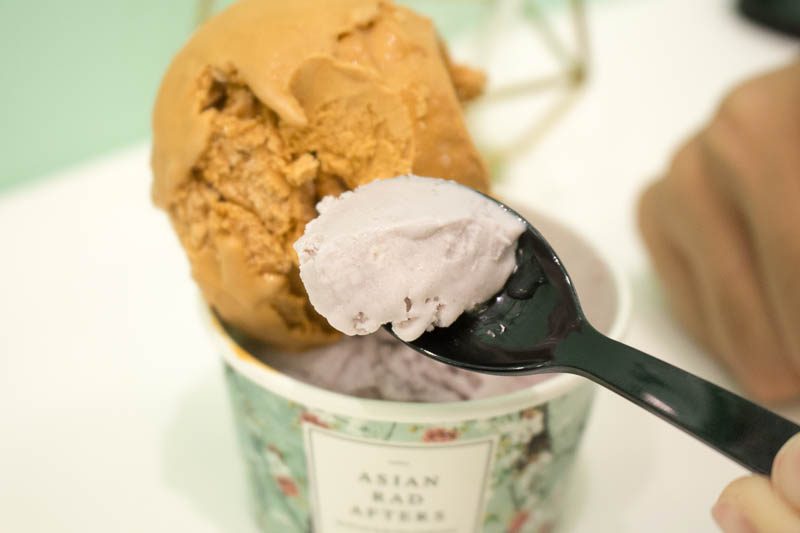 Fortunately, the taro flavoured ice cream fared much better and had a distinct sweet and nutty flavour, with tiny chewy bits for added texture too. Asian Rad Afters is definitely one Insta-worthy location to visit, especially with their eye-catching bubble waffles and drinks. What they offer is indeed something unique that I’ve never seen before.

Other than being an instagrammable cafe, I do think some tweaks can be done to improve the taste of Asian Rad Afters’ offerings. Nonetheless, if you are a fan of all things pretty and nice, do check them out and let us know what you think!