Liu Sha is dominating the food scene with its unlikely food pairings, that are oh-so-yummy and oddly satisfying to watch them liu (flow) out.

I’m already excited to find out what’s the next crazy liu sha exploit in line — but for now think of a prata pouch waiting to burst open. 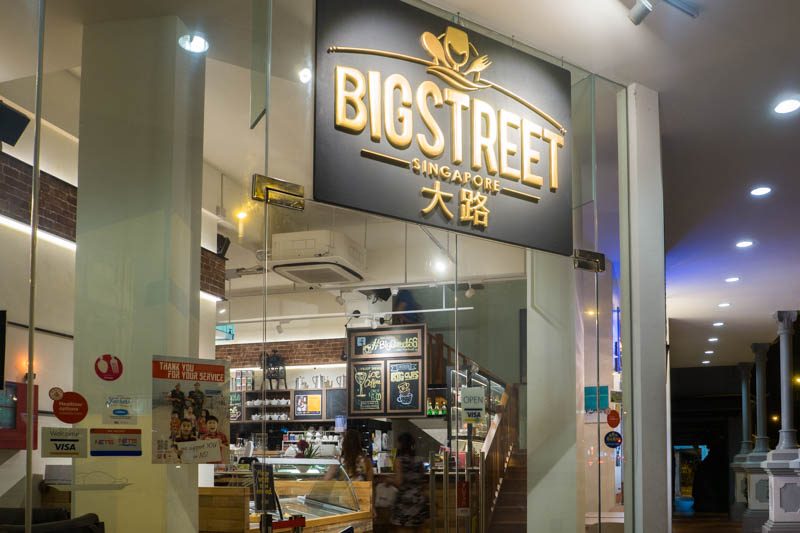 Along the streets of Jalan Besar, Big Street Singapore (大路) sits at the corner of a junction, just a couple of steps away from the popular midnight supper spot where Swee Choon Dim Sum Restaurant is located at. 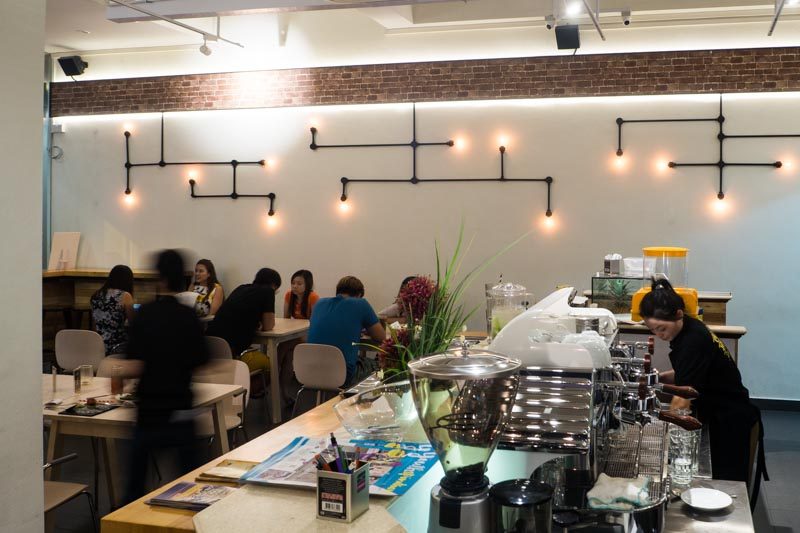 With its modern interior, and a compound that has two storeys to dine in, you’d know for sure that you’ll be paying more than what you usually would, as compared to having local delights at hawker centres nearby.

Known for its uniquely filled menu like chilli crab prata and prata coin, the Salted Egg Prata Bomb ($6) is a new novelty addition to the upscale restaurant.

Without further ado, here a glimpse of Big Street’s salted egg prata, and why it’s worth the hype it’s getting. 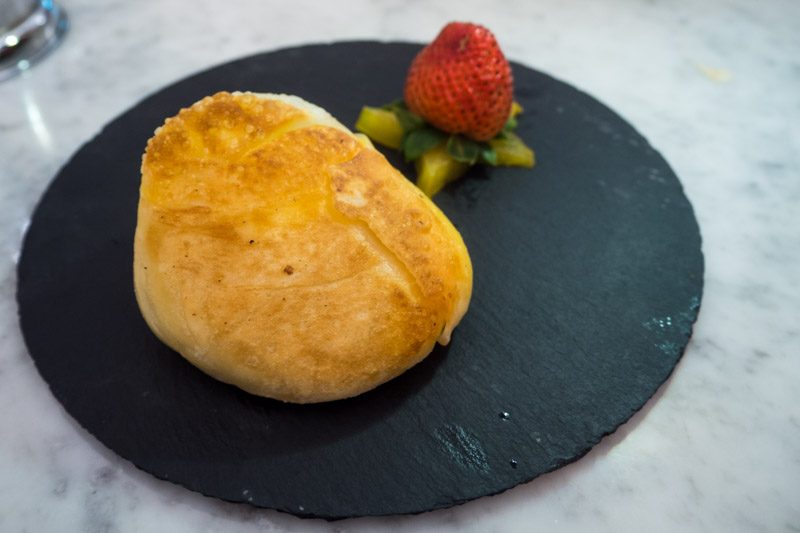 Upon walking into the restaurant, I saw at least three tables ordering the Salted Egg Prata Bomb.

With my expectations set high, I was a little sad to see that the prata is only slightly bigger than size of my palm, would have been great if it was bigger. However, the presentation was slightly fancier as compared to the other pratas on a white plate.

The salted egg prata bomb sat atop a stone plate, served with a slice of starfruit and strawberry, which isn’t just for decorations but as palette cleansers to help reset your taste bud from the richness of the salted egg yolk. 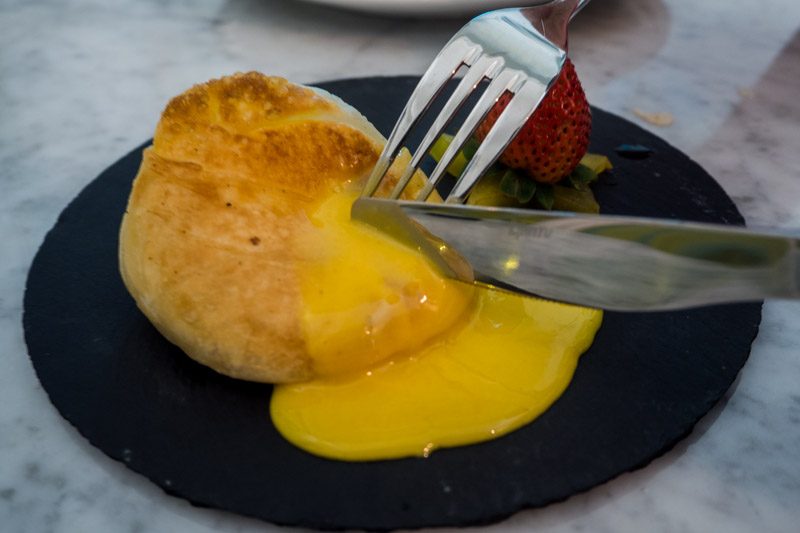 Filled with liu sha goodness, the prata looked so full and round almost like a pregnancy at it’s last trimester, beckoning you to quickly burst it open.

One slight insertion from the knife and the luscious salted egg yolk started flowing out like a river stream, quickly adding a pop of bright yellow hue on the dark coloured stone plate. 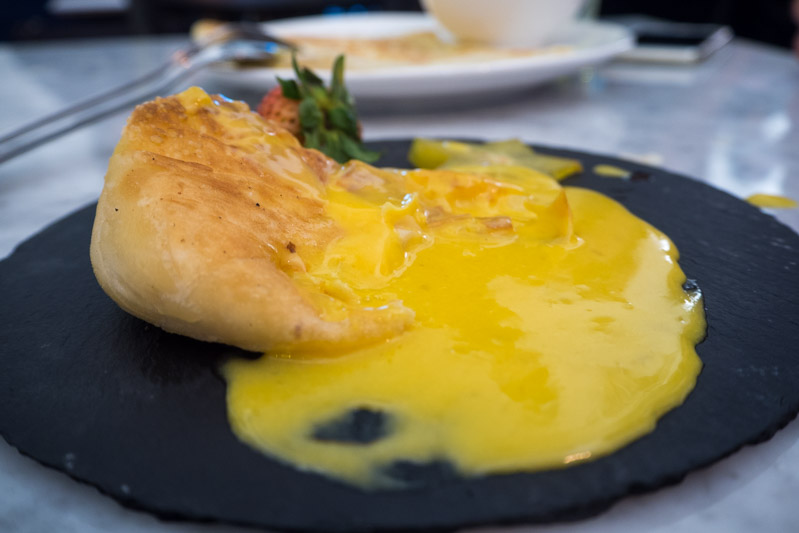 The salted egg had the viscosity of melted cheese, which was thicker and creamier than other liu sha I’ve tried. It was also in the right balance of salty and sweet, making it wonderfully delectable.

Generously filled, the prata was soaked completely in salted egg upon bursting, so you don’t have to worry scraping the surface of the plate desperately later to enjoy the last few mouthfuls.

The only downside was that the prata was understandably doughy in texture, so as to conceal the salted egg yolk without any chances of leaking. It could have been served hotter, so that the liu sha could be gooey to warm the tummy and soul.

An overall satisfying salted egg prata bomb experience. My verdict, if you haven’t yet tried it, go ahead and pop by Big Street. Could be your next supper spot for when you’re sick of having dim sum.