I can’t remember when, how or why exactly Burger & Lobster became the place to eat at when Singaporeans visit London.

Perhaps, it was that the chain served up “affordable lobster”, and I use the past tense because when I first tried it way back in 2012, it was only £20++ to enjoy a whole lobster to myself with some fries and a side salad; what a steal. Fast-forward six years and I’m still a loyal customer, even though it’s getting increasingly painful to pay about £11 more these days (although the lobsters do seem bigger).

It’s safe to say they’ve got me hooked, and whenever I have a craving, I return to the Harvey Nichols branch in Knightsbridge because there isn’t usually a queue. Pro-tip: Get the service elevator right by the department store entrance and head straight up to the top floor! 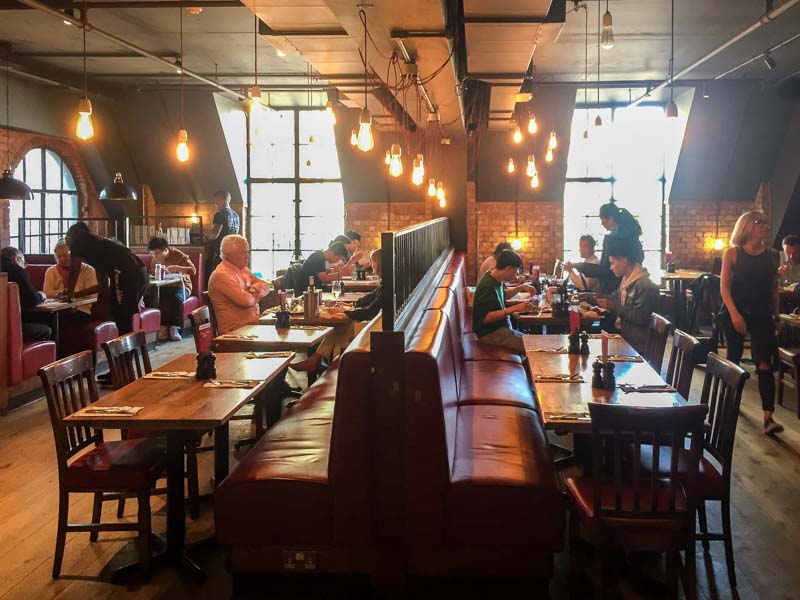 With an American-style diner feel, this branch is decked out with booth seating and warm lighting to get you settled in for some elevated comfort food.

It’s not crowded if you get there just before dinnertime, but if you can’t, just be prepared to queue a little. 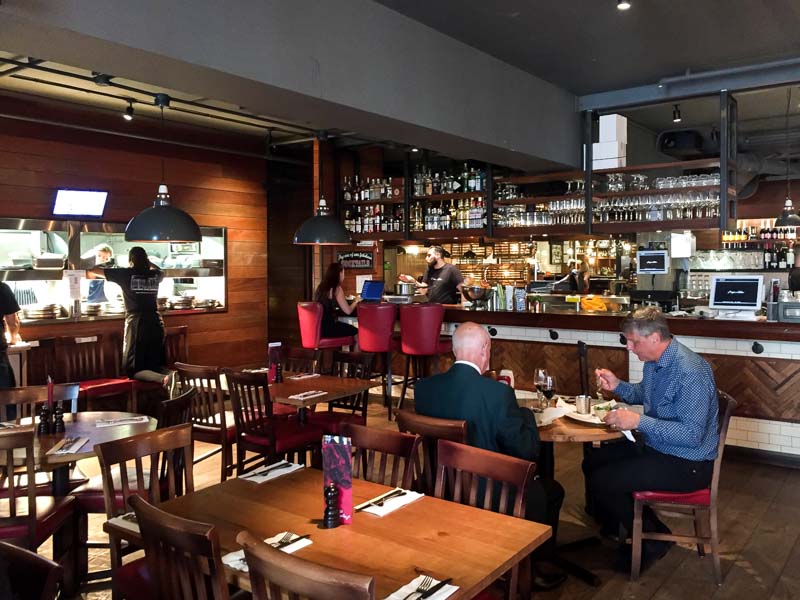 The whole idea of Burger & Lobster started in London in 2011, but the brand has since expanded to New York, Dubai, Bangkok, Kuwait City and if you didn’t already know, Genting Highlands.

When it first opened, I remember there being only three things on the menu: a whole lobster, a burger and a lobster roll. If I remember correctly, those three items were priced the same (so, of course, I picked the lobster every time). 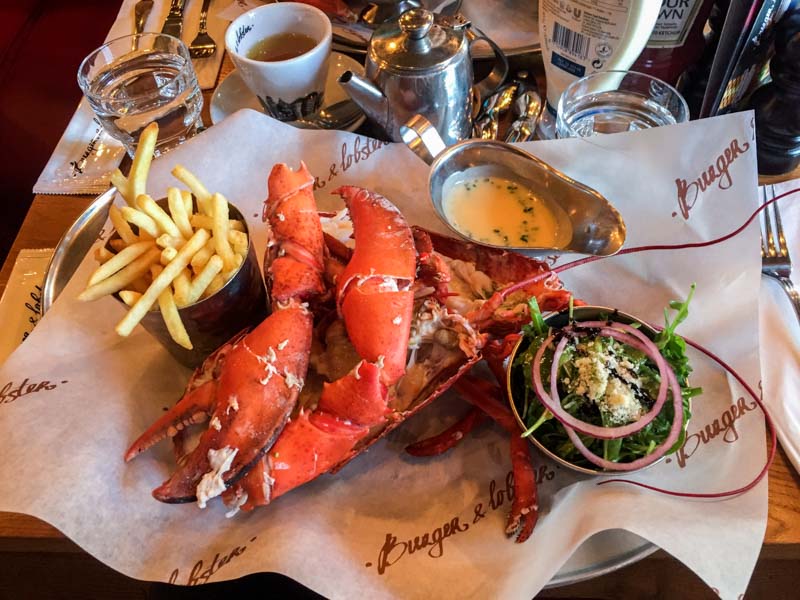 Now the menus and prices at each restaurant differ slightly because the brand aims to only work with the best quality ingredients available. But the focus remains the same – perfecting the craft of one or two ingredients, in this case, wild lobsters and prime cut beef burgers.

I’m guessing that if you’ve planned this into your London food itinerary, you’re probably going to want to get the lobster. The Original Lobster (£31) is the house classic, and comes served with fries and a small salad. I’ve never been disappointed with a lobster meal here, and my tip is to ask for it steamed instead of grilled. A friend of mine had the grilled version once and said the meat was a bit drier; not what you want with lobster.

Wild, fresh Atlantic lobsters are used, and I got quite a sizeable one all to myself. The lobsters come halved, with the claws slightly cracked to help you get to the meat easily. Lobster claw crackers are on standby if you need them, and the staff can assist you as well if you’re really struggling. 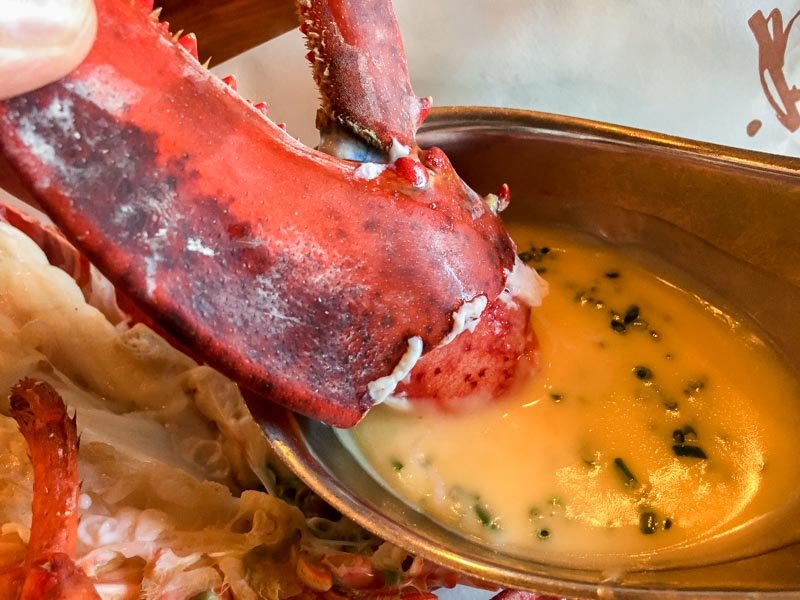 The lobsters are simply cooked so that you can enjoy the natural sweetness of the meat. While I can appreciate the meat on its own, the accompanying lemon and garlic butter sauce is THE BEST.

Seriously, one small sauceboat is never enough for me, and I always happily pay for more. The creamy and slightly tangy sauce just brings a whole new level to the lobster meat and amplifies its sweetness. It’s a match made in crustacean heaven. 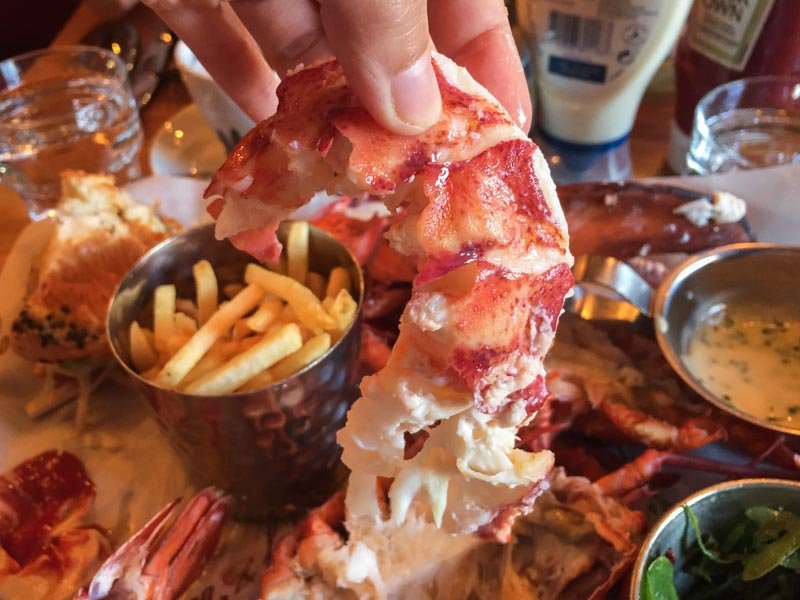 The lobster I had that day was as wonderfully cooked as always, with just the right amount of bite to the meat. It was so juicy from being simply steamed, and I was basically spending loads of time making sure I got the meat out of every crevice.

Given the current prices, I only go to Burger & Lobster when I really feel like treating myself, and each time I do, it’s so worth it. Go for steamed and you will have #noragrets. 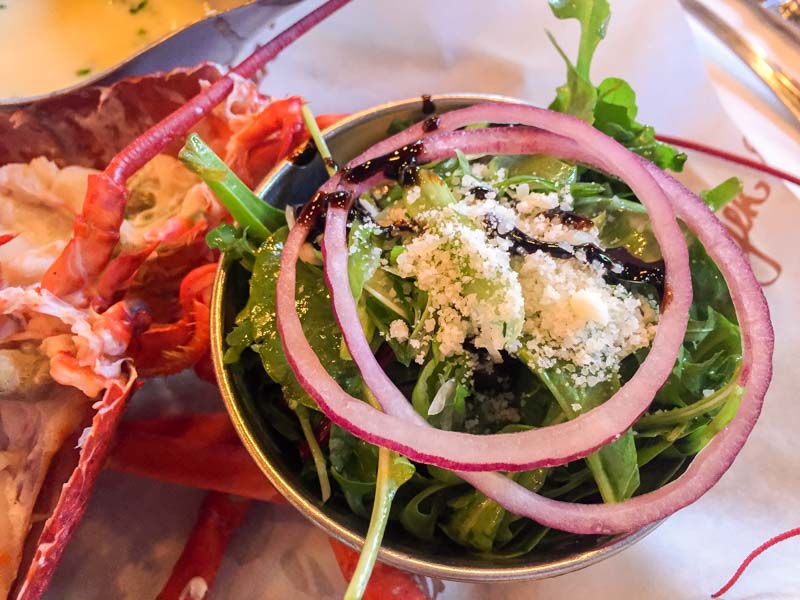 What’s so great about this dish is that even the fries and salad are delicious. If you’re a fan of McDonald’s Singapore’s fries… they’re quite similar to those.

The salad’s balsamic dressing is a nice complement to the lobster and doesn’t overpower any of the flavours, but sometimes the salad comes with way too much dressing. On this dining occasion, it was thankfully just right. 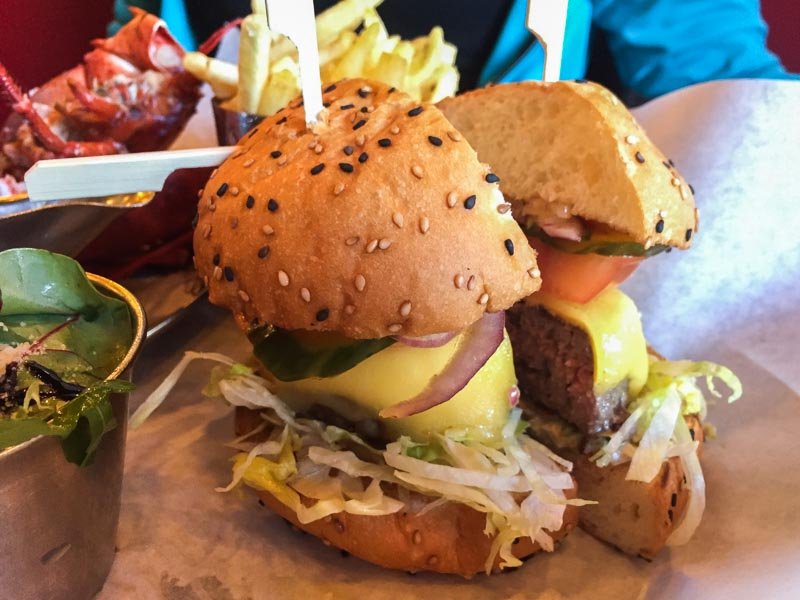 This was the one and only time I also ordered the Original Burger (£16) to try, and it’ll probably be my last. Don’t get me wrong, it was a perfectly decent burger, but I’d rather spend my money on the lobster when I’m there. 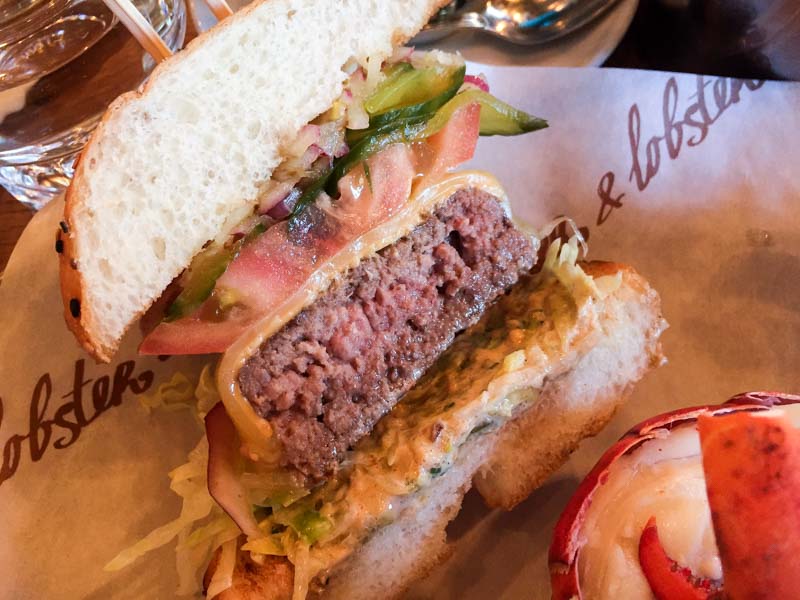 The patty by default is cooked to a medium, which was good and juicy enough for me. The special burger sauce was probably the highlight, but other than that, I wasn’t very impressed.

The restaurant is called Burger & Lobster though, so if you feel like you need to try both when you’re there, go for the B&L Combo (£34) to enjoy the best of both worlds (1lb lobster + 5oz burger). If for whatever reason you can’t stomach a whole lobster or a big burger, there’s always the lobster roll. I tried that on another visit (I’m not ballin’ I promise).

The Original Roll (£25) is essentially a buttered brioche bun stuffed with chunks of lobster that’s been mixed with Japanese mayonnaise and lemon, then topped with a substantial amount of chopped chives. There was quite a bit of lobster meat, but somehow I still really struggled to justify the price. It was as good as lobster rolls get, with the ideal ratio of chilled lobster meat to mayonnaise, but that made it quite a light bite.

I just kept thinking that if I paid about £6 more, I could get a whole lobster to myself. And also that I’d rather spend £25 on much more than a roll. But that’s just me. I guess this would work for people who love lobster, but can’t be bothered with all the excavating and mess. 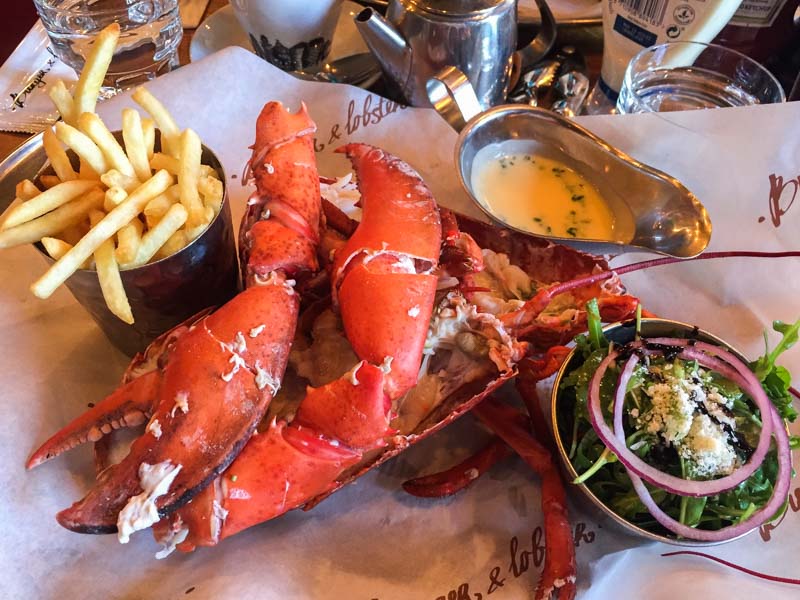 I’m probably too fond of Burger & Lobster to turn back now, and will honestly keep returning for the steamed lobster and that lemon and garlic butter sauce unless they keep raising the prices (please don’t, a girl’s gotta eat).

If you’ve never been before and you’re heading to London, try this at least once so you can now tell all your friends at home what all the fuss is about. If you’re not heading to London… there’s always Genting! The Big Cheese: Customise Your Own Mac & Cheese For Only...