If you’re totally unfamiliar with the words ‘Squid Game’, there’s a small chance you might be living under a rock. Just a small one. The Korean Netflix series has taken the world (and various F&B establishments) by storm since its release and soared to the top of the charts. Brands have hopped on the bandwagon with themed marketing and advertisements, and I’m here for it. Joining the legion of Squid Game-inspired advertising is local churro brand, Chulop!. Chulop! has incorporated the Netflix hit into their latest advertisement video—a stop motion clip featuring their churros and bottled milk that’s almost as adorable as Gong Yoo himself. 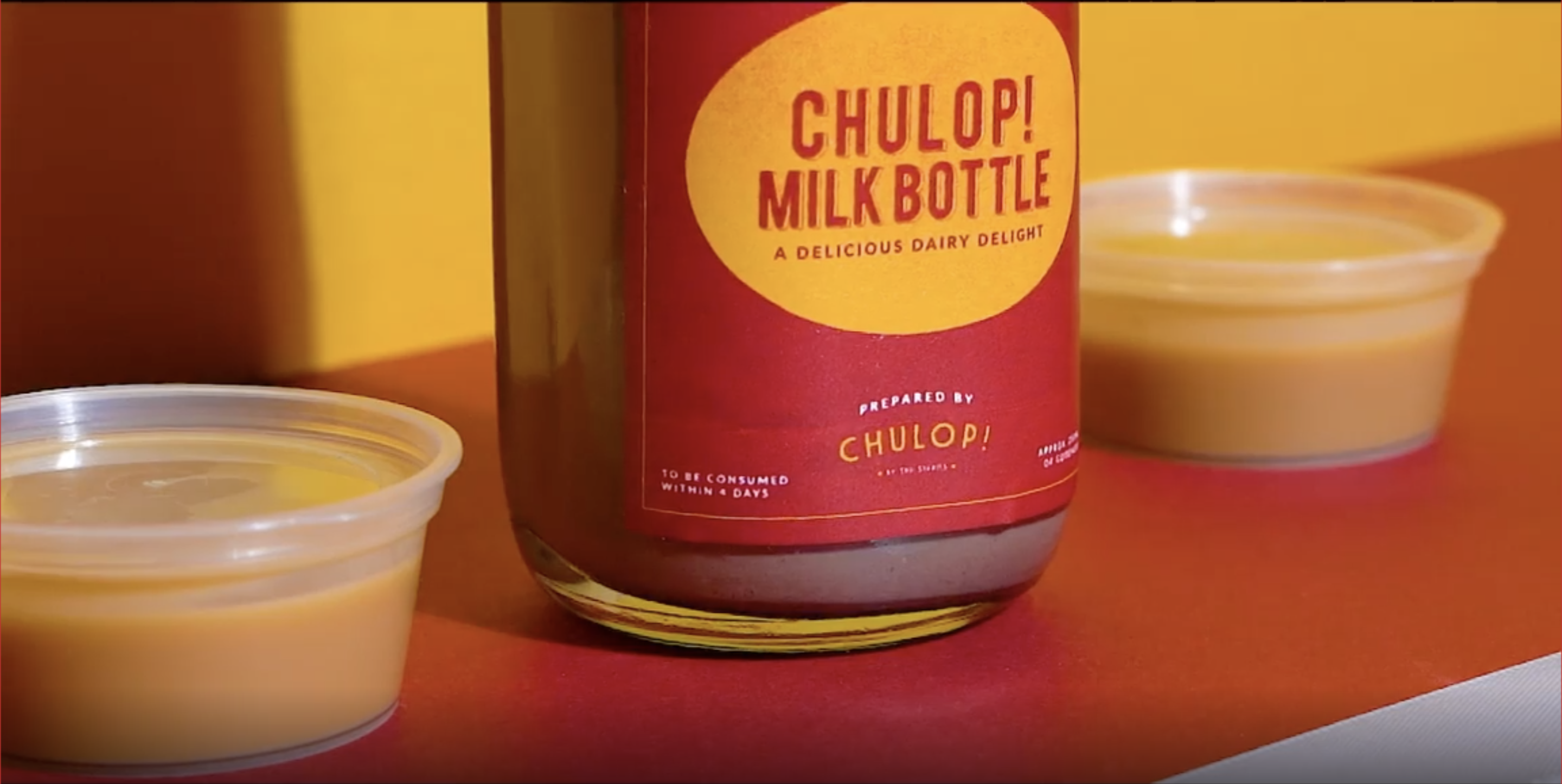 Aptly called ‘Churro Game’, their video is an iteration of Squid Game’s ‘Red Light, Green Light’ challenge, where little churro bites represent the players of the game, and their enemy is a giant bottle of milk, instead of a killer doll.

True to the show, Chulop!’s video has also incorporated a similar consequence for participants who do not remain still during the game. Instead of eliminated players being shot to death, the churro that fell over during ‘Red Light’ was stabbed by a satay stick—making the ending on Churro Game a lot cuter.

You’ve got to hand it to Chulop! for the cutest Squid Game-inspired marketing—and make sure you don’t take your eyes off the screen (which won’t be hard, considering how we all binged Squid Game in one sitting) because there is a secret quote hidden in the video.

All you need to do is take a screenshot when you see it and you’ll be eligible for a 20% discount at Chulop’s!. Fans of deep-fried, sugar-coated churros can pick from a variety of flavours such as Banana Nutella Churros (S$5.60), Churros Choc & Cheese (S$6.90), S’mores Churros (S$6.50) and more.

It’ll be the perfect snack to accompany you for another round of Squid Game bingeing, and that’s a promise.