I’m usually quite indifferent to Chinese cuisine, but East Treasure has fully convinced me that well-prepared Chinese food can be amazing. If you’re wondering where this brand came from, East Treasure is actually part of the Astons group. 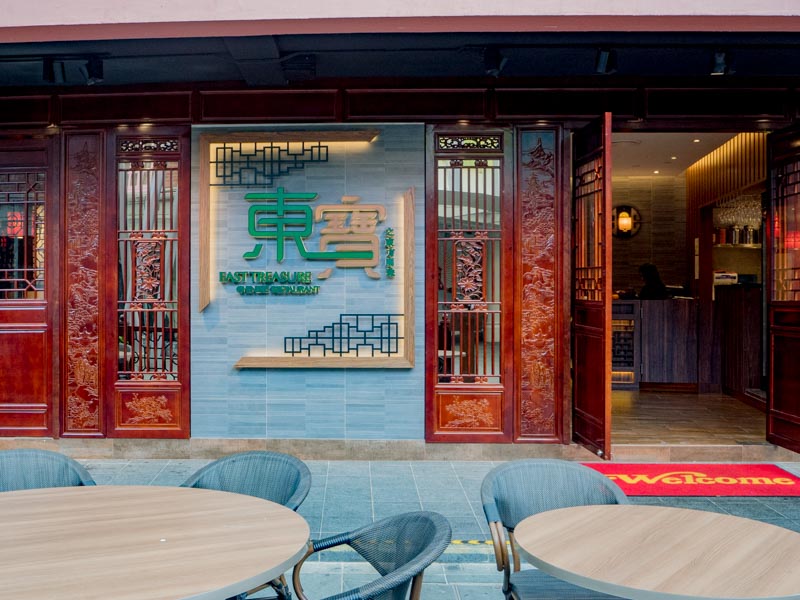 Opened a month ago, the second branch of East Treasure lies in the heart of Clarke Quay, bringing some affordable Chinese cuisine to locals and visitors. They aim to serve premium items that are value-for-money while giving diners a fine-dining experience.

Master Chef Francis Chong has been working with Chinese cuisine for over 30 years, and he has carefully crafted a mouth-watering menu. I was eager to taste his cooking! 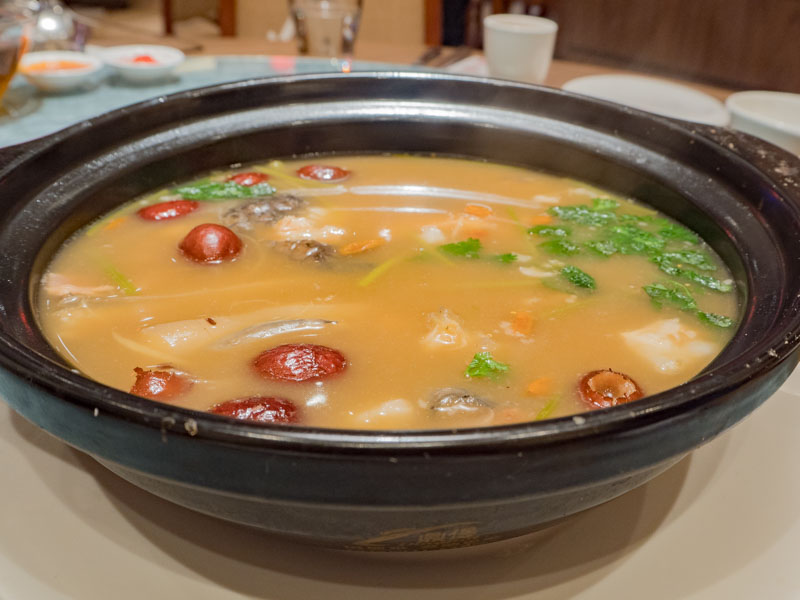 We started off our meal with one of East Treasure’s chef speciality soups: the Double Boiled Tonic with Crocodile (S$20/small, S$38/medium, S$76/large). Upon uncovering the clay pot, I got a strong whiff of herbal essence.

The soup was slightly thick from the collagen and protein it packed. With the added white pepper, it tasted slightly like herbal bak kut teh. I really enjoyed the soup, as it is rare to find such thick herbal soup in most Singaporean restaurants. 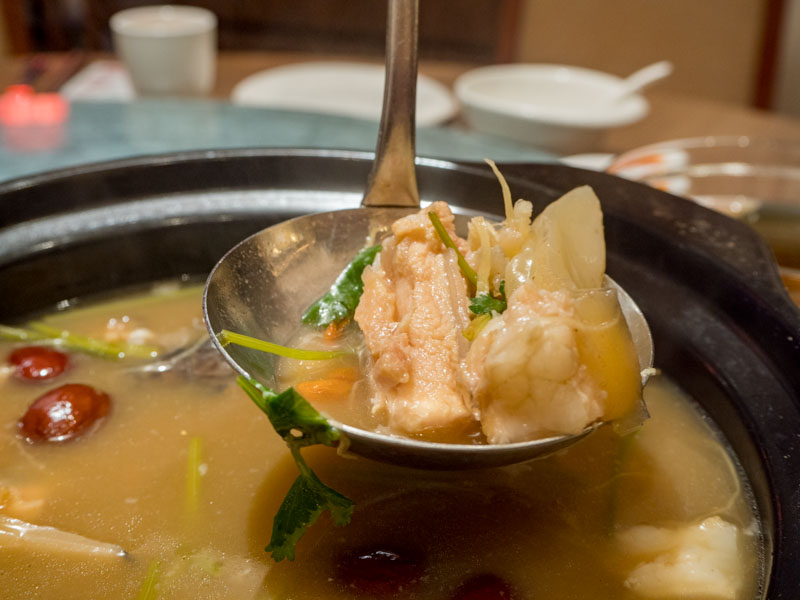 Despite all the meat in the soup looking like pork ribs, they are actually all crocodile meat. This was my first time having crocodile meat and it was not what I expected — the texture of the meat was a cross between fish and chicken, they were tender and broke apart easily. 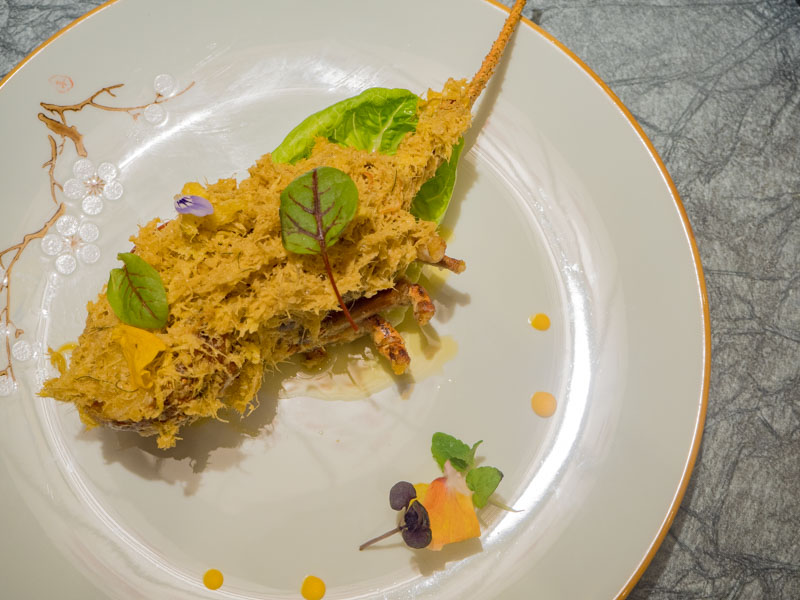 Moving on to the main dishes, we had the Sautéed Lobster with Oatmeal and Egg Floss (S$16.80/100g). The fried oatmeal was so fragrant, it is guaranteed to make you drool. The lobster meat was still in the shell, though, so you’ll have to get your hands messy. The lobster meat was fresh and bursting with sweet juices, which went well with the oatmeal with egg floss. I detected a slight hint of zest which came from the lime leaf that Chef Chong adds into the dish. 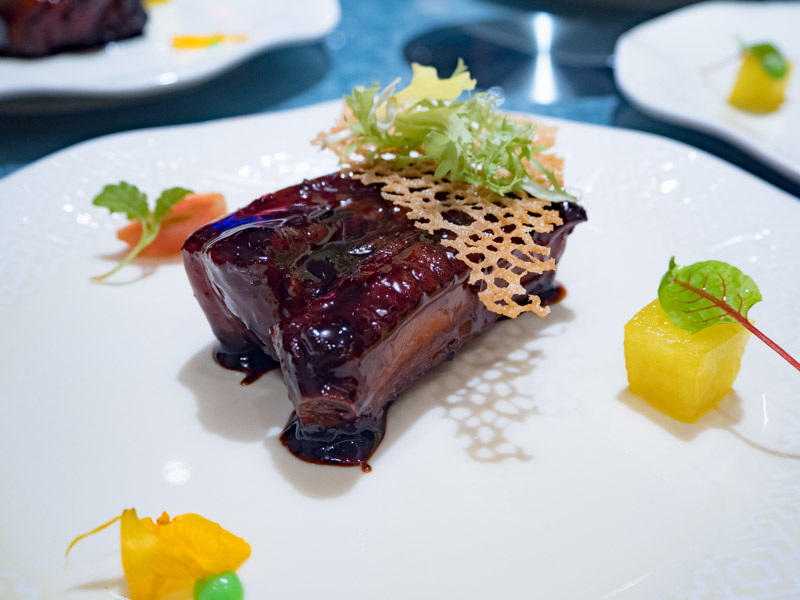 One of the popular dishes in Southern China is their dongpo meat, so we had to try it at East Treasure.

Their Honey Glazed Dongpo Kurobuta Pork Rib (S$10/piece) had a perfect ratio of lean meat and fats. The pork was succulent, and the fats dissolved in my mouth after a few bites. Even though the honey-glazed dongpo leaned towards the sweeter side, I still ate the meat clean to its bones. 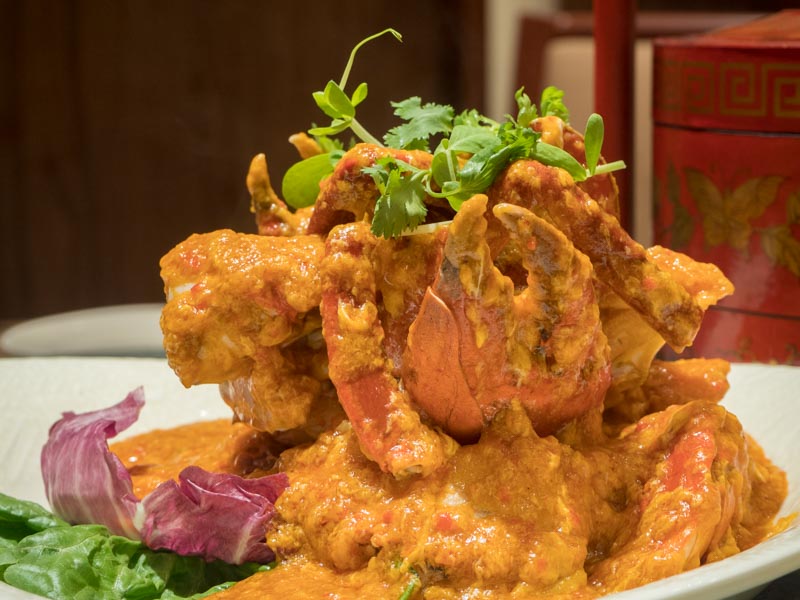 Next, we had the dish of the hour, the East Treasure Chili Crab (S$7.80 / 100g). This came with their home-made fried mantou. Fried to golden brown on the outside, the bun was still soft and fluffy on the inside. 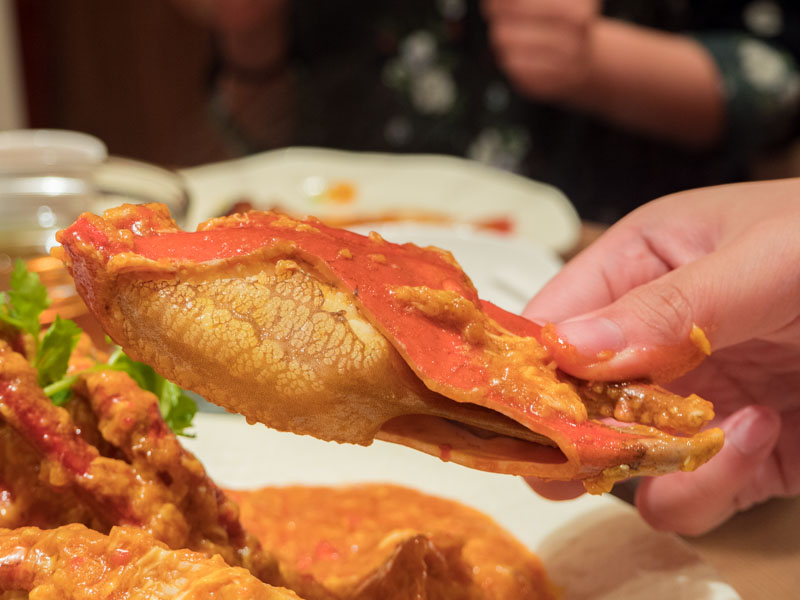 Unlike other traditional chilli crabs, East Treasure made this less sweet and thickened their sauce by adding extra egg. It’s the perfect gravy dip for the mantou and the crab meat.

It’d be a waste to leave even a single speck of the naturally sweet crabmeat uneaten.

East Treasure is the perfect place for family and friends to enjoy premium Chinese cuisine at really affordable prices.

I would definitely head back again to enjoy their crocodile soup and chili crab. Even thinking about it now makes me salivate! Easties, there is another East Treasure with a slightly different menu at Joo Chiat, so you don’t have to travel so far.