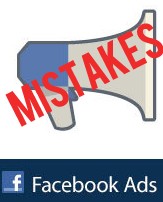 Whether it be promoting a page post, or promoting a website link, it is critical to get your Facebook marketing ads running optimally to obtain a high click-through-rate (CTR).

For many online marketers, a high CTR naturally converts to sales, unless the enticing value proposition or offer was a poor one. That’s another topic altogether.

Here are the common mistakes that many agencies, or companies not trained in Facebook advertising techniques are making.

Using a campaign to purely build fans is now a major waste of time. And money. Many Facebook users also like multiple fan pages for fun, and don’t even have any real interest in it.

In the past, building Facebook fans was worth it because free organic reach was still on average 16%-20% per average post of your total fan base. These days, you get something like 6% – 10% of organic reach from a fan page.

Some companies even see a 44% drop in reach, since Facebook changed its algorithms in Dec 2013. Facebook is not letting pages talk to fans as freely as before.

Using Cost Per Impression (CPM) campaigns are also mostly ineffective, as people might miss your ad even if it appears on the screen. But you’re still charged for it. We actually see thousands of ads everyday, but which do you actually remember? If an ad is not outstanding enough, we’re already configured to tune out insignificant ads because we are bombarded with so much information each day- the brain has to select what it wants to see.

I’m not saying you shouldn’t use CPM at all, but it’s only more worthwhile after testing repeatedly and comparing the conversion between CPC and CPM. There are many variables to qualifying to use CPM: a high enough Ad click-through-rate, the bid price of your Ad’s CPM, the CPC bid price etc. Each variable determines which format has a better return, but takes quite some time and effort to determine precisely.

Lesson: If you’re new to Facebook ads, use a Cost Per Click (CPC) campaign. It takes a lot more testing to make CPM worthwhile.

2) Promoting to the Wrong Audience

According to Webtrends’ White Paper research on Facebook optimization, targeting existing fans can give you a 700% improved click-through-rate compared to non-fans. Sales conversion for people landing on website from Facebook ads are also around 4x higher.

One example I’ve seen personally, is spotting an insurance ad for a new coverage upgrade pop up on my Facebook feed. But the problem is, I’m already signed up with a different insurance company, and seeing this upgrade from a rival company is not going to convert me, as I am already locked in. If I however see the same insurance company that I’ve signed up for offer this upgrade, there is a much higher chance for conversion.

A poor marketer markets to all. 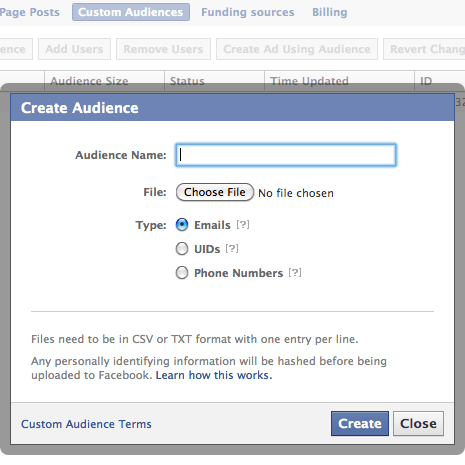 Always narrow your target via interests/hobbies/age/gender, or by using ‘Create Audience’ from the existing customer emails/phone numbers you have. Don’t just spam everyone, it won’t work.

Selecting the right image can boost your click-through-rates by as much as double. There is only a split second to grab the attention of a Facebook user, and the right images can do it. And all it takes is 2 minutes to change the exact same Ad with a different image. Here are the common image mistakes:

Lesson: Test your images to see which works better, use simple and bright images.

Headlines are equally as important as choosing the right image, which are among the first things people read on your ad. You need to have an outstanding headline that immediately grabs attention, and gives the reader value to follow through.

Just highlighting your company name, or your product is insufficient. People need to be related to, as well as invoked on an emotional level.

“When was the last time you had Chicken Soup exactly the way your mom used to make it?”

Obviously, the latter has a stronger emotional link even though the product remains the same, and is going to bring in a whole lot more responses.

Lesson: Select an attention-grabbing headline for your ad. Copy matters too.

Lesson: People need to be led, so tell them exactly what to do.

Although Facebook still remains an effective marketing tool, you don’t want to be totally dependent on them. Who knows what the next algorithm change might do to the fan base you have spent so much time building.

The tides of social media platforms can also change instantly. Just look at what happened to Friendster, Myspace or MSN Messenger. Spending tons of money to purely build a Facebook fan page is unwise and wasteful. Gaining fans as a side effect of running ad campaigns designed to create sales is acceptable.

Instead, it is more practical to build an email/number list, which remains your proprietary database. You can either do that online, or via physical means. Read my article link for more information on that.