Fat Lulu’s Singapore: Asian BBQ & Desserts Are A Song of Fire and Ice

Fat Lulu’s Asian BBQ & Desserts sits atop the hill apex of the River Valley Road, where the now-defunct, Five & Dime Café had occupied.

Run by two young guns, Chef Sam Chablani and Chef Song aim to shoot their way up with their brand of Fire and Ice — Sam goes by the motto of #NoBurnNoTaste for his Asian BBQ while Song #WillSinForSong with his desserts.

Chef Sam has got a burning passion about his style of cooking – nearly a pyromaniac, he is. Ask him what his favourite item to burn, he will tell you it is CORN, while showing you the corn tattoo’d on his arm! 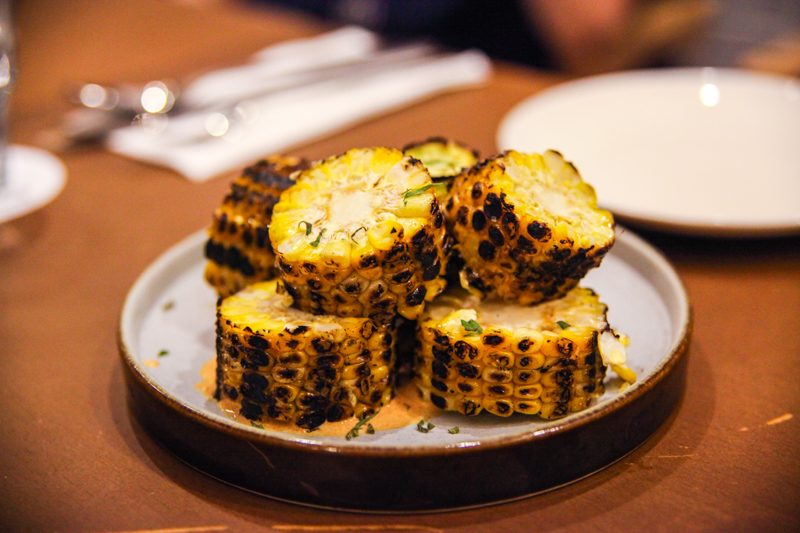 Burnt Corn ($11) is his version of elotes — a distant relative of the Mexican street corn. Sam char-burns the maize, rubs it with salt, lemon, oregano and spicy sour cream.

The char-burn technique adds a layer of aroma over the corn, unlike any corn you have ever tasted. A generous swathe of the sour-spicy sauce is a must to achieve corn-addiction. 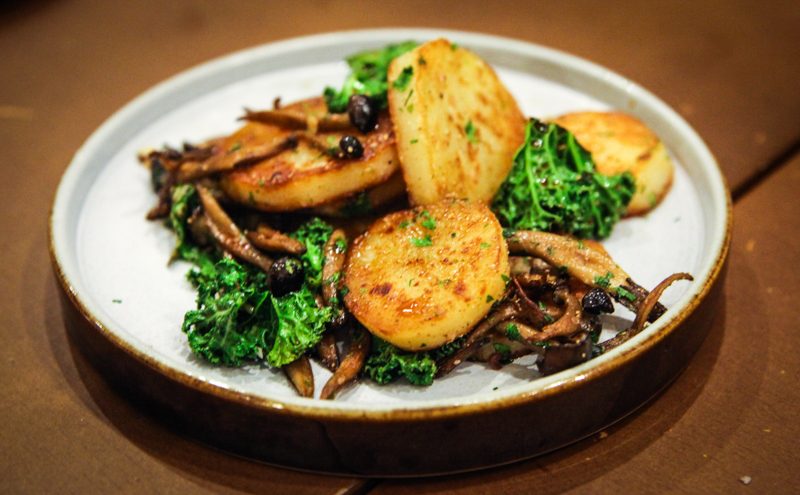 Next up is the Roasted Potatoes and Mushrooms ($12), a dish with potatoes that have been poached in lamb fat and then pan-seared. And with the lamb jus, the hoshimeji mushrooms and kale are roasted with herbs.

The fragrance of pan-seared lamb fat is subtle, yet not over-powering to allow the herbs used in the roasting to shine through.

The next four dishes from Sam are the ones that I would highly recommend — they really showcase how deft Sam is when it comes to BBQ and meats. He fuses local tastes with that of his European culinary experience, back in the days at Daniel Boulud Bistro Moderne in New York and Lolla’s in Singapore. Ask Sam who he would love to serve his food to, he will coyly admit to you that the person is Taylor Swift, whom he has named his version of satay after: SatayTay ($12 for 5 sticks). It is an Iberico pork collar that has been marinated patiently over 24 hours in Sam’s secret sambal.

This meaty sambal tastes of caramelised kicap manis (sweet dark sauce) and a simmering level of spiciness. The SatayTay has so much alluring tenderness and full of character, just the way Sam imagines Taylor Swift to be. I highly recommend this. 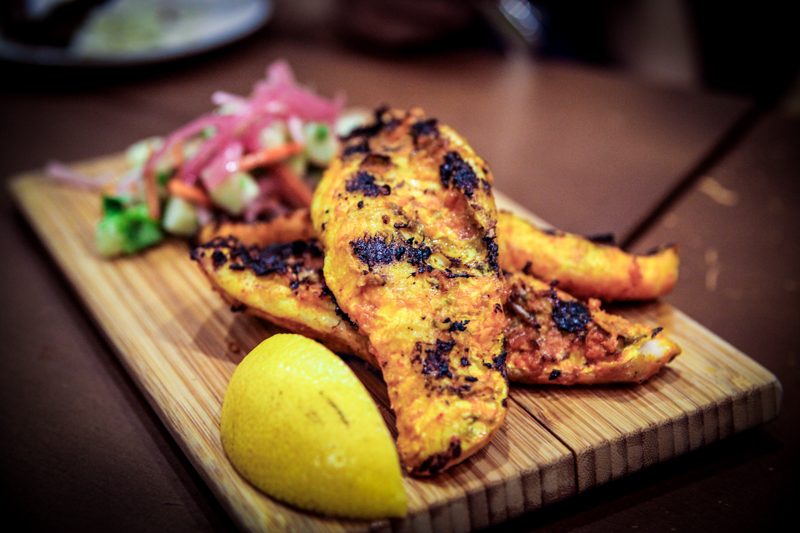 The Ikan Bakar ($28), or grilled fish in plain English, is a dish that was inspired by Sam’s all-boys’ trip to Langkawi Island. He uses line-caught parrotfish that is done Malay-style, marinated with tumeric and hot spices. This dish surely has some kick in it, but you will love it.

With this dish, Sam gives his diners a “happy ending” with the achar, meant to douse the fiery nature of the fish. Personally, I could do without the achar despite the visual contrast that it affords the dish.

Continuing with the spicy theme, the Grilled Mangalica Pork Collar with Sambal Grilled Okra ($24) may not be the best looking, but if you do not judge the dish by how it looks, you will be rewarded with the tenderness of the Mangalica pork collar.

The meat used is uncommon, the Mangalica is a Hungarian swine with a thick coat of curly fur, and its meat known for being juicy.

The sambal grilled okra is made in local style. The sambal chili, when grilled, gets even more fragrant. I would have, however, preferred my okras crunchy. 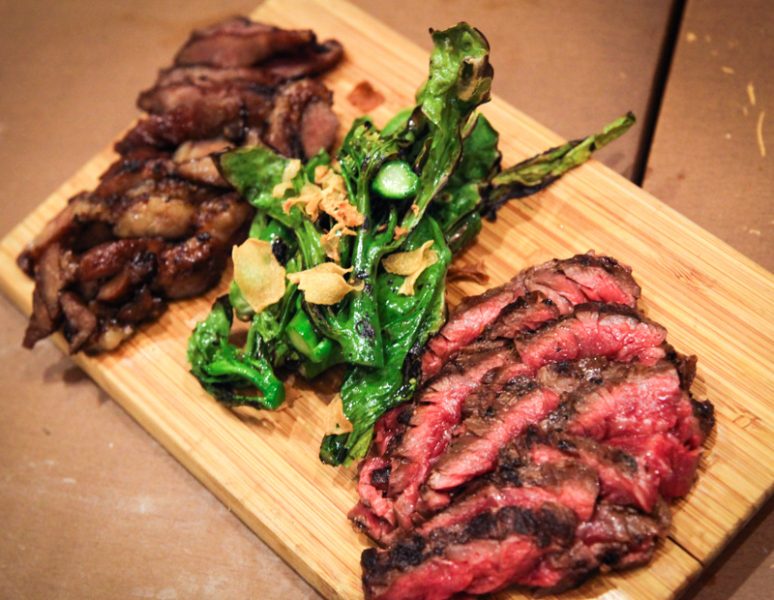 Duh Meat Board ($28) has one of the best bang for buck at Fat Lulu’s. It comprises of a low-heat, char-burnt Wagyu steak from the inside skirt; high-heat, char-burnt sambal-marinated Iberico pork pre-trimmings; and garlic-burnt Kailan.

Chef Sam has put lots of his lovin’ into his #BurnSlowAndIntimate Wagyu and #BurntFastAndHard Iberico meats, all for $28.

Chef Song is the dessert guy who really gives your dining a sweet, happy ending. His current creations, no doubt, were all good but you should really try out the following two. 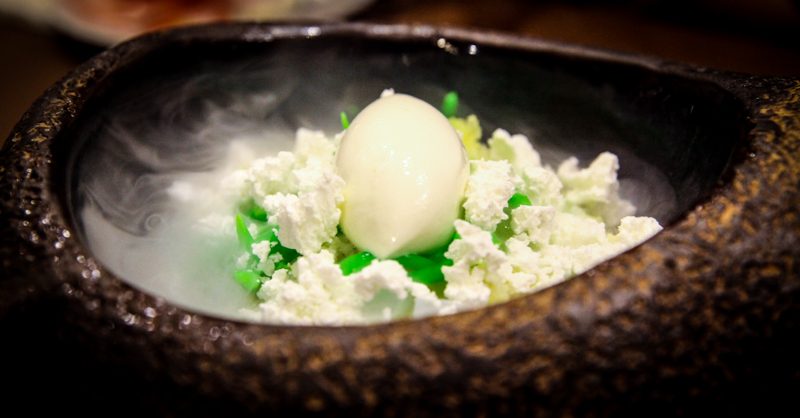 I particularly loved the Pineapple and Coconut Ice-Kacang ($14). It has the perfect balance of pineapple granita and coconut ice-cream in nitrogen-frozen coconut foam, coupled with that familiar ingredients commonly found in our ice-kacang, i.e. nata de coco, atap seed and chendol. 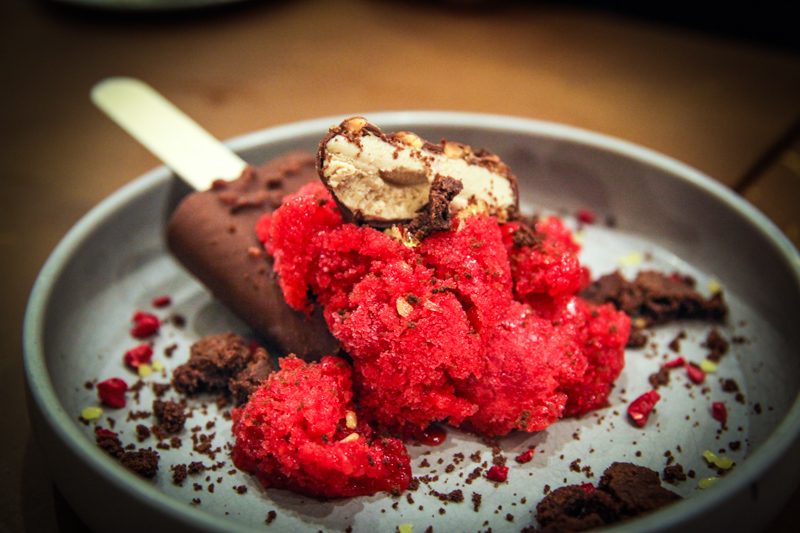 Remember when you were a kid (at least 30 years ago), ice-creams and crackers often came with a surprise?

Chef Song recreates that in his dessert, the Childhood ($16). The most prominent items are the peanut butter popsicle and frozen raspberry puree. Taste-wise, I’d still prefer the former dessert but the novelty of ice-cream-on-stick with a popping surprise was hard to resist.

Months ago, patrons of Fat Lulu’s would not have sung much praises. Perhaps, when the restaurant first opened for business, as there was a lack of identity and some dishes did not find the right balance.

Now that Fat Lulu’s has found an identity, with Sam’s forte in Fire; and Song with Ice. There is still a need for Sam to consistently reign in his enthusiasm and to always remember to have balance in boldness. 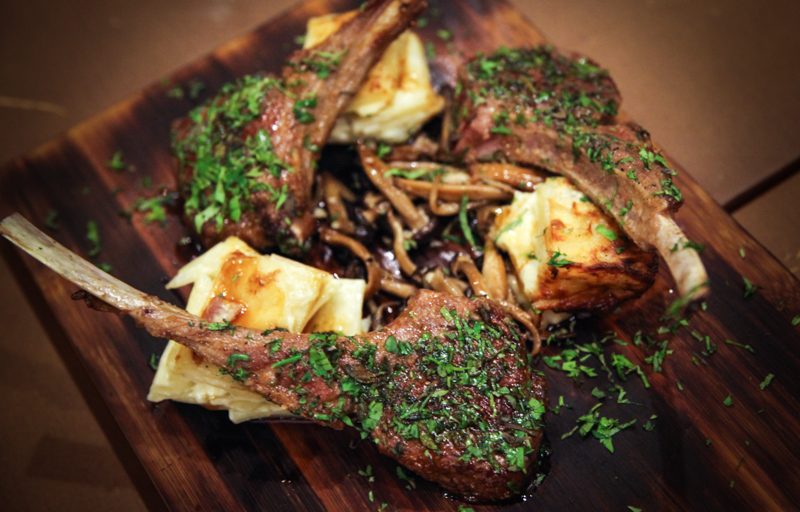 Some dishes that Sam’s dishes needed some taste control, is for example the Herb Crusted Lamb Rack ($27) that I found to be a tad over-salted, despite having its tenderness spot on. While Song needs to maintain variety in his technique and to continue challenging his creativity, we were all mesmerised with his dessert creations, such as the Berries and White Chocolate ($16).

Suffice to say, Fat Lulu’s has redeemed herself. Do give Chefs Sam and Song their second chance.