When it comes to food in the Geylang Serai area, most of us usually think of the yearly Geylang Serai Ramadan Bazaar. The hipster food and festive atmosphere there make it a truly unique Singaporean foodie experience. The two-storey building has been around since 1964, housing a ton of good eats on its second floor. Here are 10 stalls in Geylang Serai Market & Food Centre to try when you’re here! 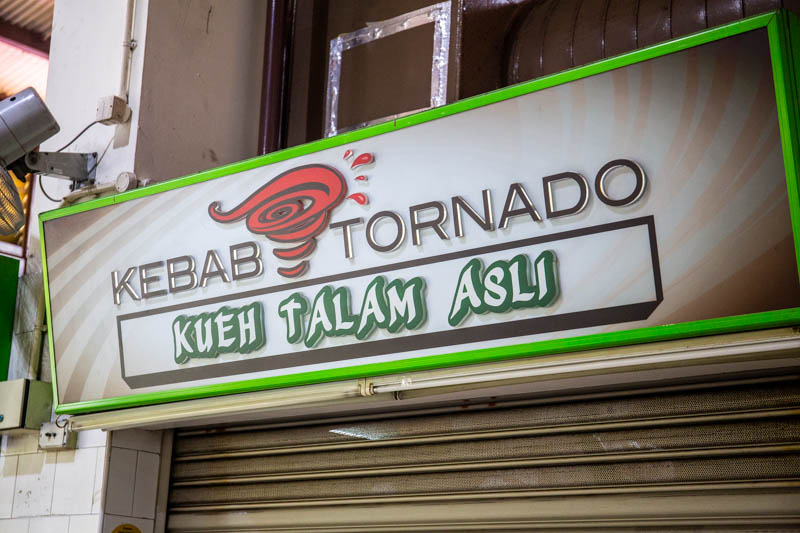 If you love traditional kuehs like I do, Kueh Talam Asli is a place you must drop by when you’re at Geylang Serai Market & Food Centre.

They’re well-known for offering many variations of kueh talam, a two-layer Malaysian dessert.

For just S$3.80, you get to choose a total of five pieces of kuehs. Their Kueh Salat, in particular, is a hit amongst regular customers.

They make it by hand and infuse it with loads of pandan. This gives the kueh an appetising avocado-green hue, as well as a heavenly pandan aroma.

It’s a pity that not many places make otak-otak the traditional way anymore. 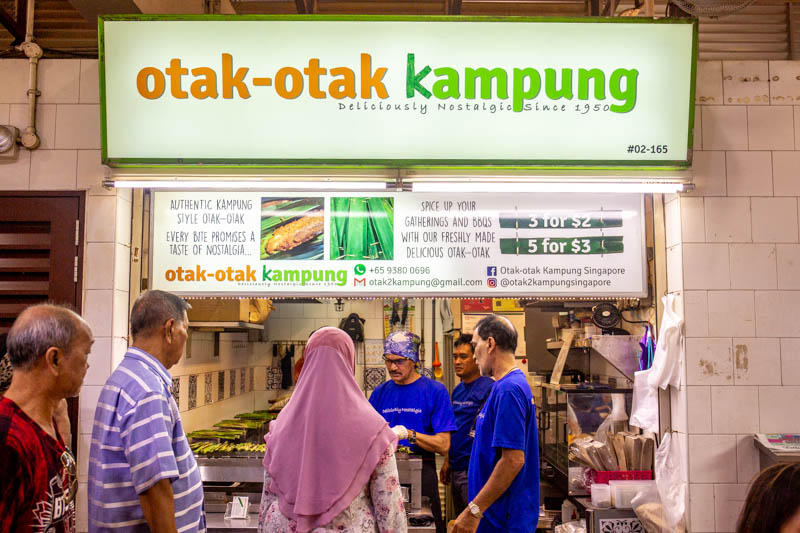 Fortunately, Otak-Otak Kampung is one of those few places which still sticks to the traditional methods. 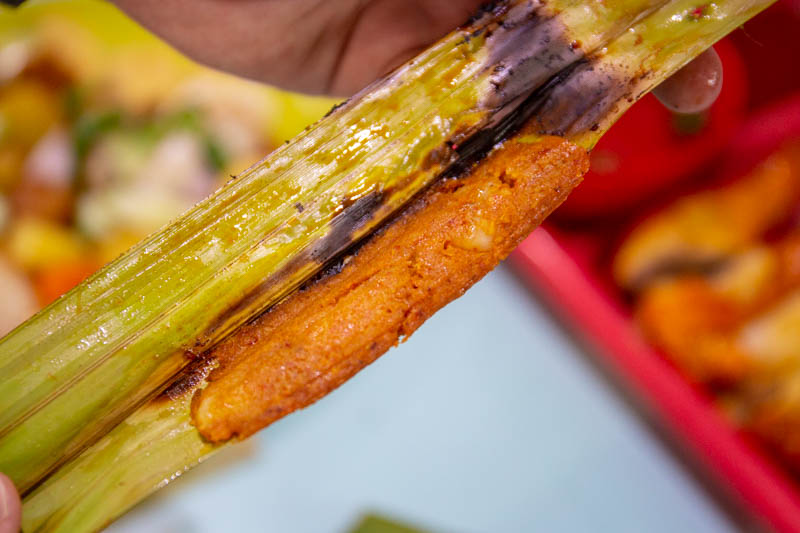 They only offer one type of Otak-Otak (S$2/three pieces, S$3/five pieces), which features large juicy chunks of fish. Unlike most otak-otak makers, they also do not use flour. As a result, their otak-otak doesn’t taste starchy at all.

That said, though, they only serve up a limited quantity every day. So if you’d like to have a taste of authentic traditional otak-otak, I’d recommend heading down early!

Satays are one of my favourite hawker food. A popular stall for them in Geylang Serai Market & Food Centre is Alhambra Heritage & Original Satay Club.

Over here, they offer three different types of meat for their Satays (S$0.60 each): chicken, mutton and beef.

Not only that, but their satay sauce also contains a generous amount of crushed peanuts. It covers every skewer with a thick coat of crunchy peanuts and decadent gravy. 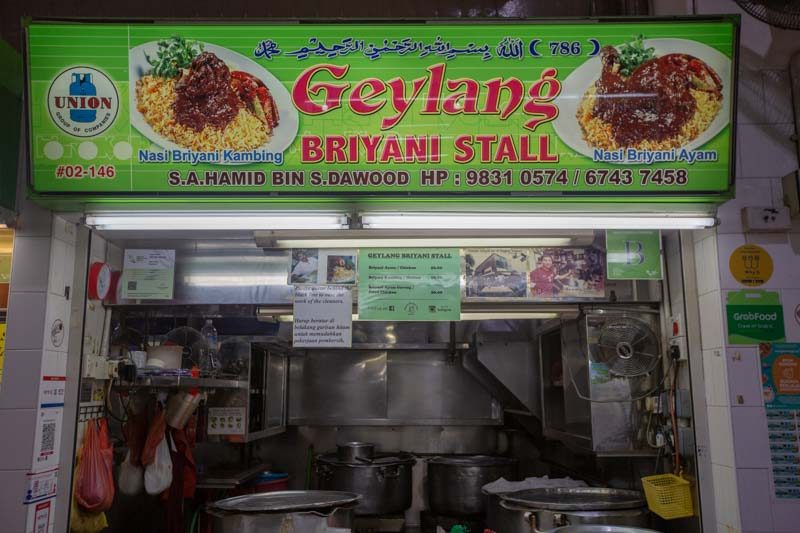 There are plenty of places in Geylang Serai Market & Food Centre which serve up a good plate of nasi biryani. However, none have more positive reviews than Geylang Briyani Stall.

With a history dating back to 1964, the humble family business is currently handled by its third-generation owner. 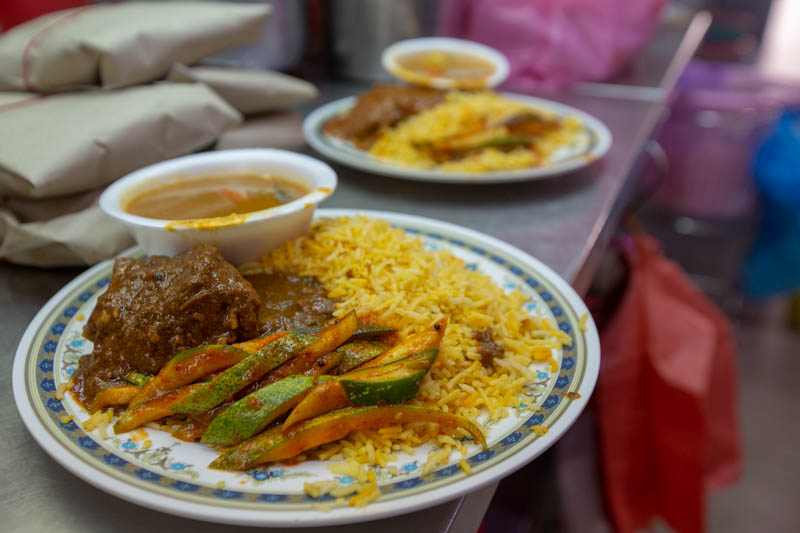 This plate of Nasi Briyani Kambing (S$6) may look pale and flavourless, but trust me, the basmati rice was unbelievably fragrant. The sweet aroma of cinnamon and astringency of cloves were the most prominent notes in it.

Not to mention, the fork-tender mutton had an intense peppery flavour too, making it all the more irresistible. I only wish there were more of that delicious gravy so that I can completely drench my rice with it! Whether it’s rice or noodles, I love drenching my carbs with a thick, luscious sauce. Lucky for me, Alrahman Kitchen serves up a variety of traditional Malay rice and noodle dishes.

One of their most popular items is the Mee Reebus (S$3). It comes with a pleasantly decadent gravy which coats the thick yellow noodles very well.

Not only that, but they also complete the dish with a generous amount of various toppings. Think juicy fried beancurd, crunchy green chillis, as well as fragrant shallots! You can also top up S$0.50 for a scrumptious Begedil — we definitely recommend you do.

I’m sure we Singaporeans are all familiar with the Chinese-style chicken rice. 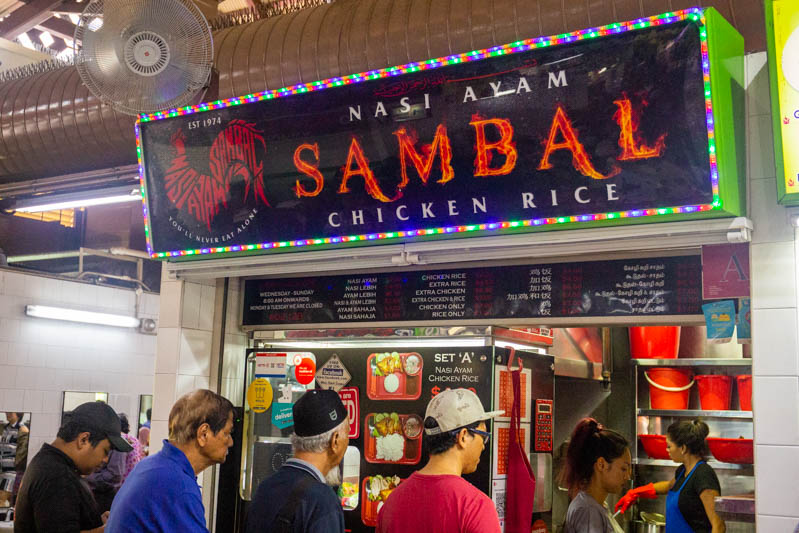 However, Nasi Ayam Sambal has been winning the hearts of many with their Malay version in Geylang Serai Market & Food Centre. 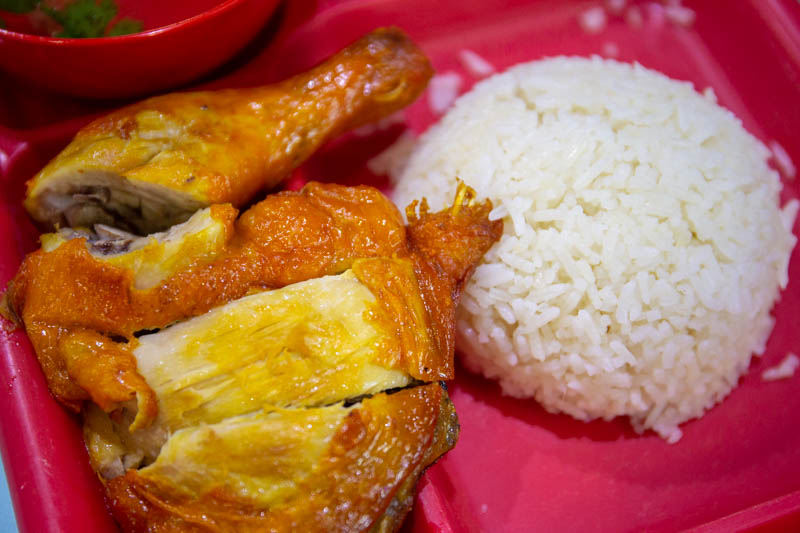 Their Nasi Ayam (S$4) came with an absolutely succulent chicken thigh. Together with the crunchy skin, the juicy thigh meat made for a sinful, all-rounded bite.

Not to mention, their chicken rice was extremely fragrant as well. Make sure you mix it with their unique housemade sambal chilli for an ultimate flavour bomb! All these 67 years, however, they’ve continued to prosper by selling only one dish: their signature cendol. They make the green jelly in their Cendol (S$2) from scratch and complement it with gula melaka and coconut milk. To keep the dessert traditional, they don’t add any fancy toppings like red bean, attap seeds or durian.

So if you need a reprieve from the sweltering weather, give this traditional Indonesian-style dessert a shot! If there’s one dish that Geylang Serai Market & Food Centre is synonymous with, it’s Indian Rojak. One of the most popular stalls there for it is Rojak & Mee Siam.

What sets this long-established stall apart from its surrounding competitors is, in fact, their special dipping gravy. It actually has sweet potatoes in it! 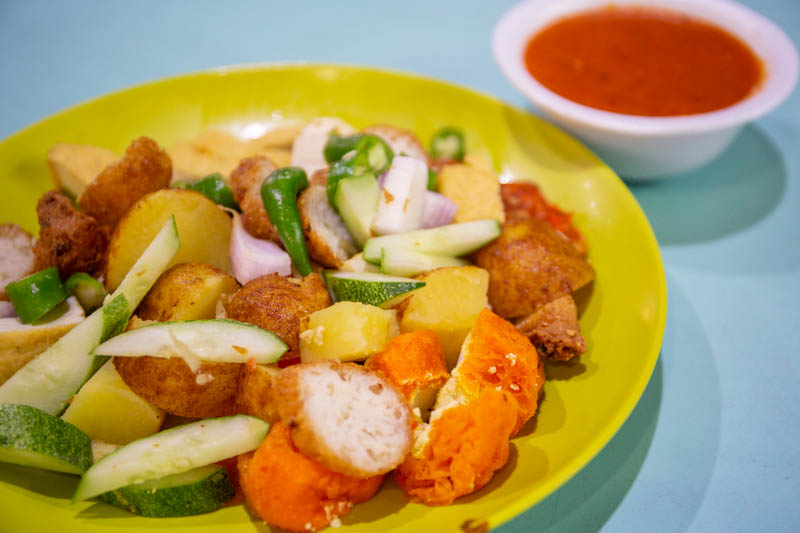 All their rojak items are affordably priced between S$0.80 and S$1.50. One of our favourites was the Tepong Telur (S$1), which comes with a soft and chewy batter.

Their Tempeh (S$0.80) is also a crowd-favourite item, which boasts a soft crunch and a hint of bitterness. If you’re craving a bowl of mutton soup to warm up your soul, Iqbal Soup Kambing does a delicious one.

With a humongous brewing pot right in front of the stall, locating it isn’t a difficult task at all. 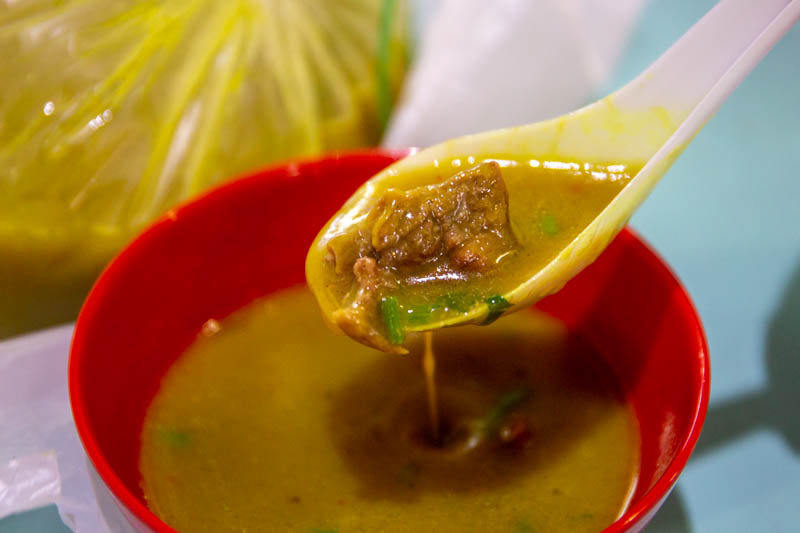 Here, they serve up a variety of Indian Muslim dishes, but it’s their Mutton Soup (S$6) which most regulars return for. The chunks of mutton didn’t taste gamey at all, to our delight.

That said, what stood out to us was actually the thick, velvety consistency of the soup. It had an addictively rich flavour of herbs and spices so we didn’t let a single drop go to waste. 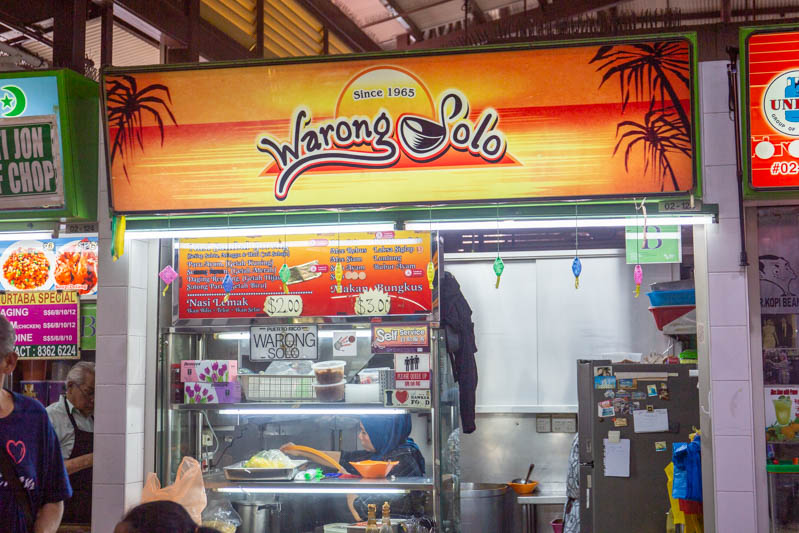 For all you early birds out there, Warung Solo is the place to go if you’re craving mee soto.

Like many other stalls, they serve up a good variety of Muslim dishes. But it’s the remarkably affordable prices here which keeps customers coming back.

We heard that they serve up a hearty plate of Mee Soto (S$3) that’s not too spicy. Definitely perfect for those of you with low spice tolerance, if you ask me!

Not only that, but the soup is also super addictive. With a hint of acidity and spice, it’s no wonder so many people find it palatable.

Geylang Serai Market & Food Centre is certainly a one-stop destination for affordable Malay fares. There’s no other place in Singapore like it which celebrates the kampung spirit with food!

What are your favourite ethnic dishes? We’d love to know where to find traditional and authentic ethnic dishes in multicultural Singapore.

Previous articleCLAW Mookata: Claw Your Way Through This Mega Meat Mountain For S$39.90 In Bukit Merah
Next articleKickstart Your Day With Cadbury’s New Coffee-Flavoured Chocolate Now Available In SG