Hans Im Glück: Have German Burgers In This Fairy-Tale-Like Restaurant At Shaw Centre 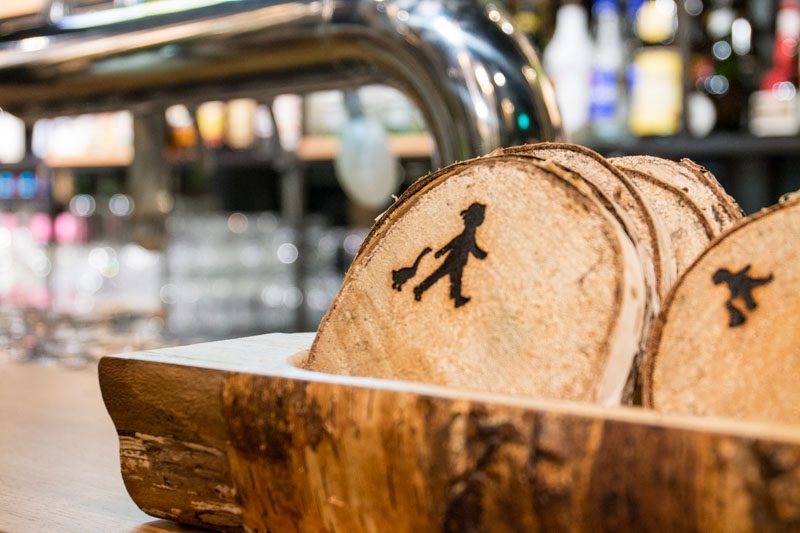 There was once a boy named Han’s, who was rewarded in gold by his master for the dutiful work he had carried out for seven years. On his journey home, he came across a horseman who asked why he was travelling on foot and offered to trade his horse for the giant gold nugget. Hans obliged, and as he went along his way, he met several others who offered to exchange his horse for a cow, his cow for a pig, his pig for a goose, and finally his goose for a grindstone.

Soon enough, he felt weary and stopped by a well for a refreshing drink. As he rested the grindstone on the side of the well, it slipped and fell in. But he was not upset — in fact, he was overjoyed and thanked God for ridding him of the heavy stone. With unburdened shoulders, he went on his merry way home to meet his mother. If you enjoyed that brief German fairy tale, you’ll instantly fall in love with the ambience that Hans Im Glück offers, because its premise lies in the welcoming of diners to sit amongst birch trees and oak furniture, to have their fill, and leave with a sense of contentment and happiness. Just like Hans.

Sandwiched between the Thai Embassy and International Plaza, this oasis will transport you to a dining haven that makes you temporarily forget that you’re in the middle of Orchard Road. 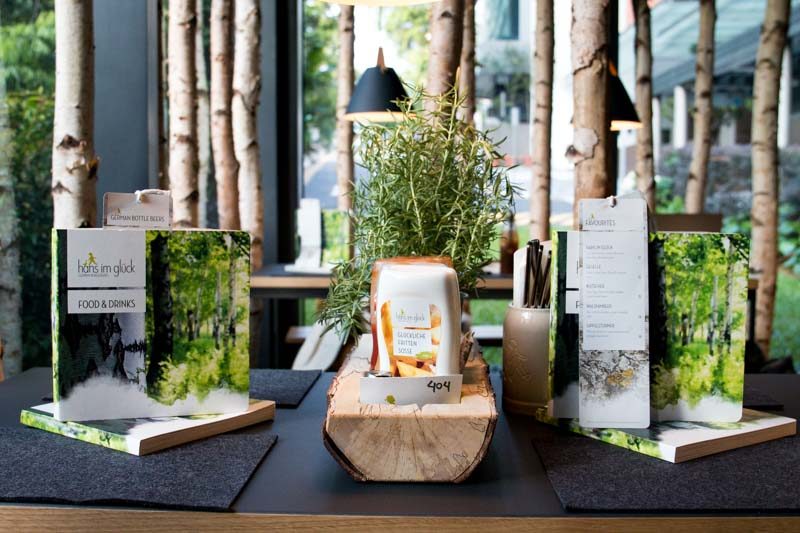 The menu selection is delightfully inclusive, with numerous vegan and vegetarian options, which is close to unheard of for a German restaurant.

The immaculate attention to detail is undeniable, right down to the homemade sauces and homemade patties, which diners can be educated about in the restaurant’s little booklet of dietary restrictions that list down every single allergen for those sensitive to particular ingredients. The menu is also modelled after a children’s book and it retells the story of Hans and his journey home. 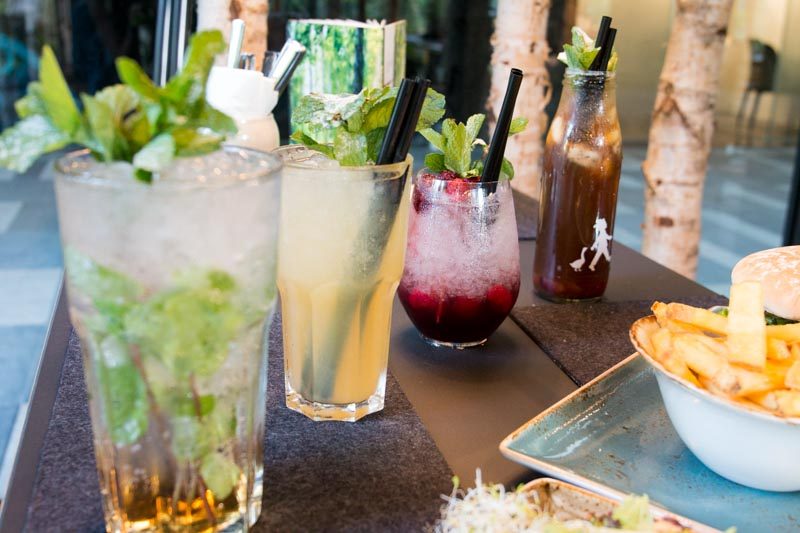 Stepping into the restaurant, I felt an immediate escape from my surroundings in Singapore’s concrete jungle. Greeting me was a scene out of the Scandinavian woods, and with mellow, lush music in the background, I effortlessly settled in.

I was met with a selection of four different beverages, all house-made and unique to Hans Im Glück. The first was the Ice Tea (Fruit Salad-mint) ($6), from which you can choose from either fruit salad-mint, cucumber-basil or mango-ginger. Nicely fruity, and very refreshing, this was my favourite of the lot.

Next, I had the Beerenstrauch ($14), from the Light Bubbles selection that had lillet, wild berry, blackberry and raspberry. I’m usually not a fan of dark berries, but this was surprisingly light and clean, without the tart finish.

The third was Gipfelstrürmer ($14), a potent mix of white rum, dark rum, apricot brandy, almond, pineapple, lemon and lime. Despite the use of numerous liquors, this drink was smoother and less crisp than the previous two, but also had a slightly sour twist to it, which gave it a nice contrasting flavour.

The last was the Brombeer ($14), also a cocktail, but made with gin, mint, lime, blackberry and sparkling water. If you’re trying to escape Singapore’s heat, but still fancy some alcohol, this tipple will satisfy both needs. 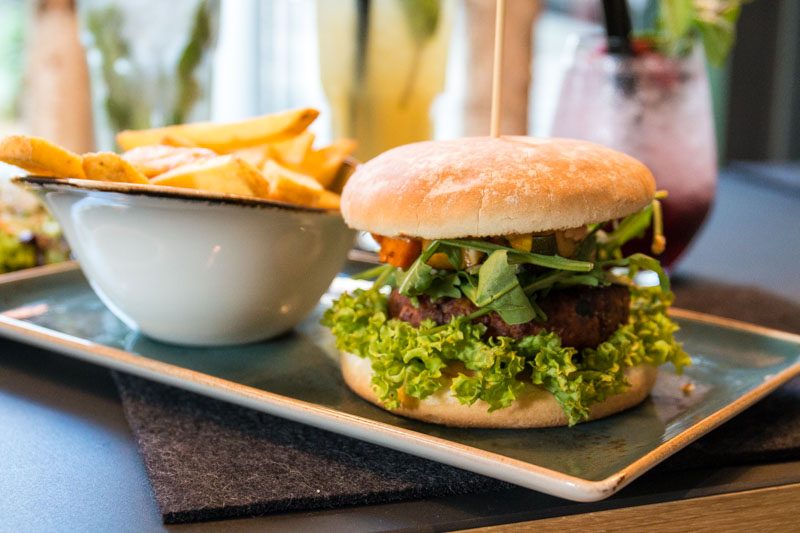 I couldn’t wait to sink my teeth into the burgers, which come served with your choice of a sourdough bun, multigrain bun or naked. Naked basically translates into a bun-less burger.

The first burger was the Abendrot ($15), an olive patty burger (yes, you read that right!) with parmesan cheese, grilled vegetable tartare and rocket leaves. Apart from having to figure out how best to eat this without everything falling out, this burger’s actually had a lot of texture going for it. From the crunchy vegetables to the smooth and milky cheese to the dense olive patty, this burger ticks all the boxes of nutrition. 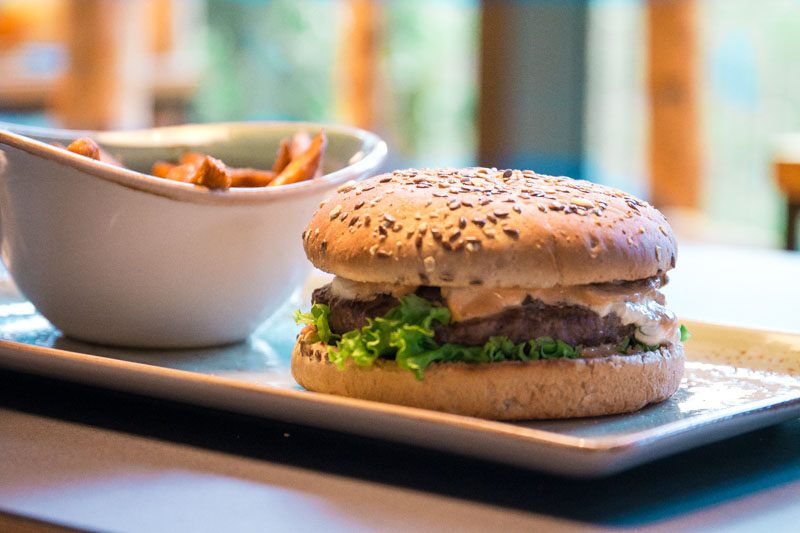 The next one was the Birkenwald ($16), a beef patty topped with mushrooms and sour cream-chive sauce. Juicy should be this burger’s middle name, because it was a sloppy, yummy mess. The patty was generously thick and the earthiness of the mushrooms just heightened the flavour profile to create a very savoury bite. 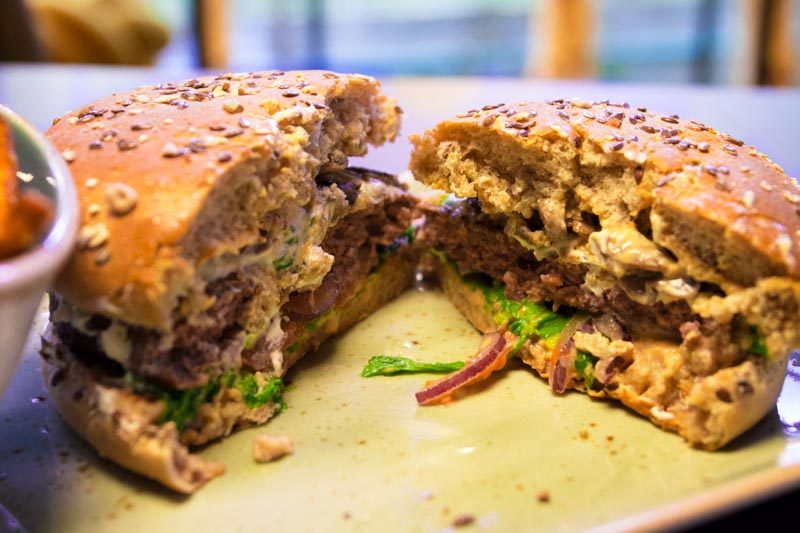 Between the two burgers, I prefer the multigrain bun for its added nuttiness. I would definitely order this again, partially because I’m biased towards mushrooms, and honestly, that sauce adds just the right amount of fattiness to an already pretty amazing burger. 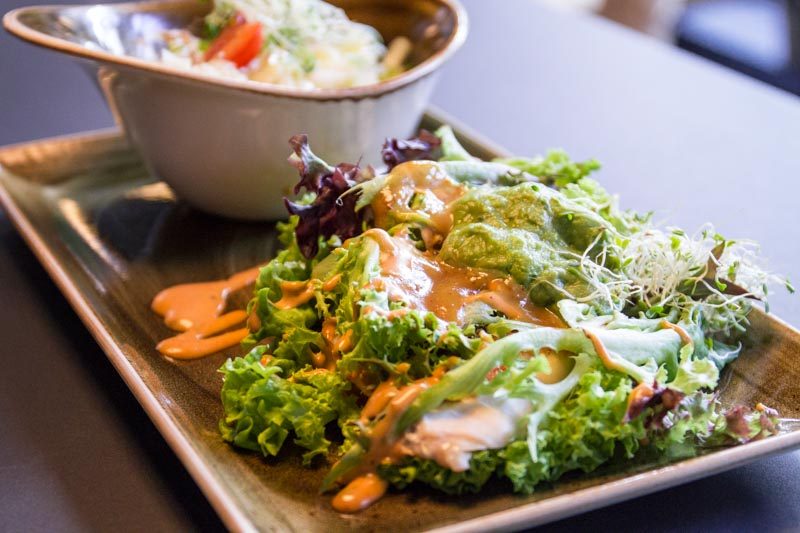 The last one was a grilled chicken breast burger done naked, with Henne ($15). It looks very much like a salad, but with all the yummy works thrown in like avocado cream, orange and mustard sauce and sprouts.

It may look like a mess, but you probably will want to ditch your regular green bowls for this rich and satisfying bun-less burger creation. The sauces gave the entire plate a zesty and acidic kick, while the avocado cream was simply luscious. 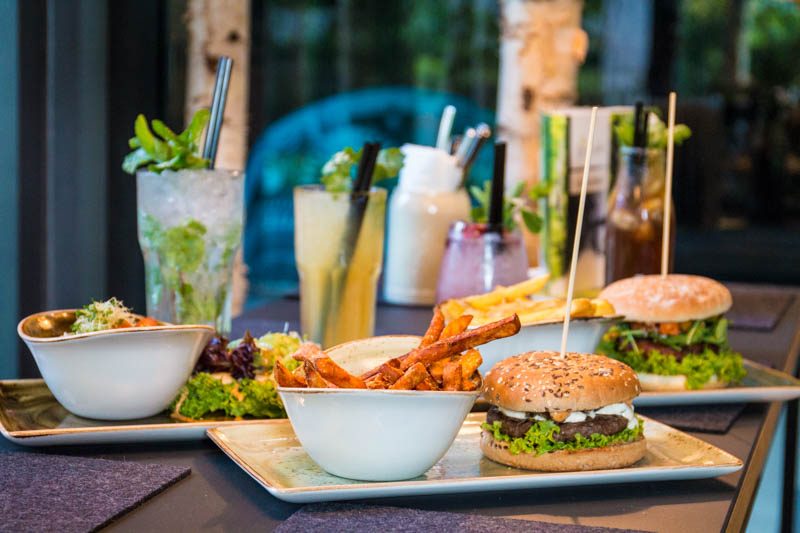 The burgers here aren’t to be compared to American-styled ones as they carry their own identity, and are made with a lot of thought to serve not only the dietary needs of diners, but also to showcase the diverse culinary creations of German fare.

The setting here is very laid-back and perfect for a lazy weekend lunch or a simple evening bite, but no matter the time of day you step in here, you’re guaranteed to leave with plenty of contentment.

ChopeDeals: Save 10% off at HANS IM GLÜCK German Burgergrill

Previous articleCafe Montigo: Indulge In Indonesian Fare With A Western Twist At Star Vista
Next article10 Healthy Alternatives To White Rice Dishes That You’ll Still Want To Gobble Down