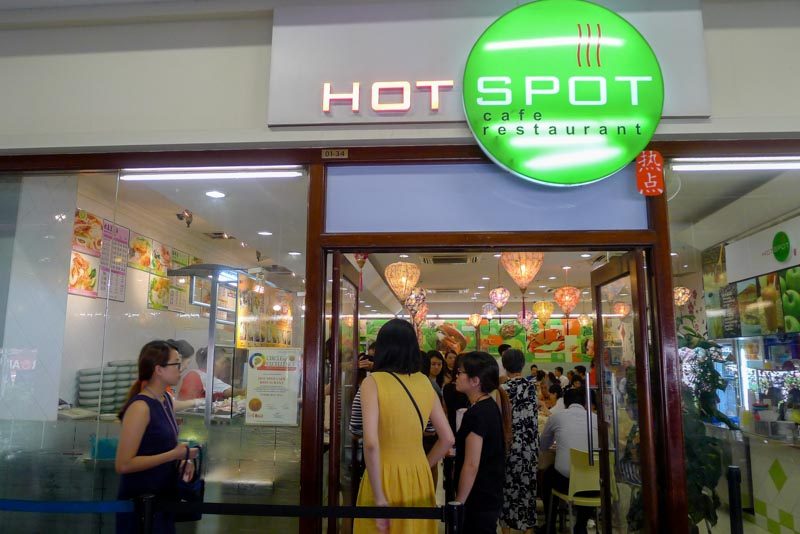 Hotspot Cafe & Restaurant sits in a cosy corner of Burlington Square, and it is a popular lunch spot amongst office workers and students from the nearby area.

I arrived around 12pm, just as the lunch crowd was starting to flood in and was immediately directed to a seat by the servers who were flanking the front doors of the eatery. 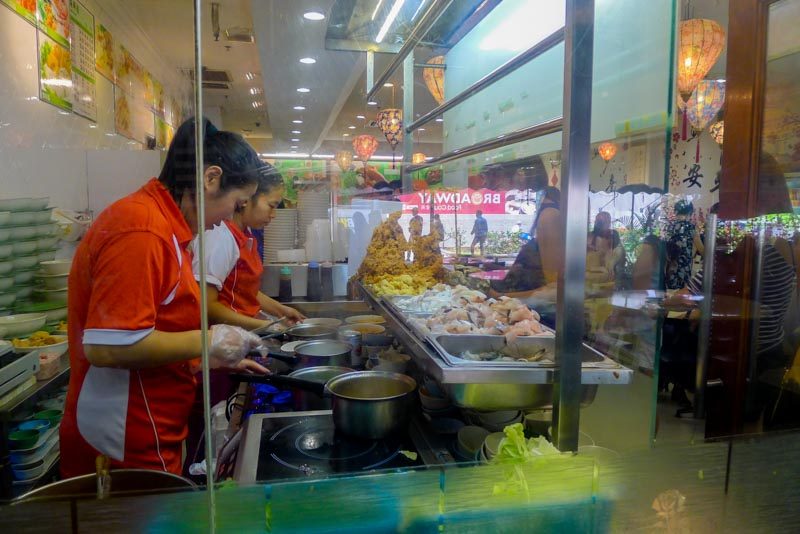 The space, albeit crowded and a little chaotic, was clean and bright. You’ll also get to see the chefs in action in the open kitchen, along with the fresh ingredients on full display, while waiting in line to place your order. 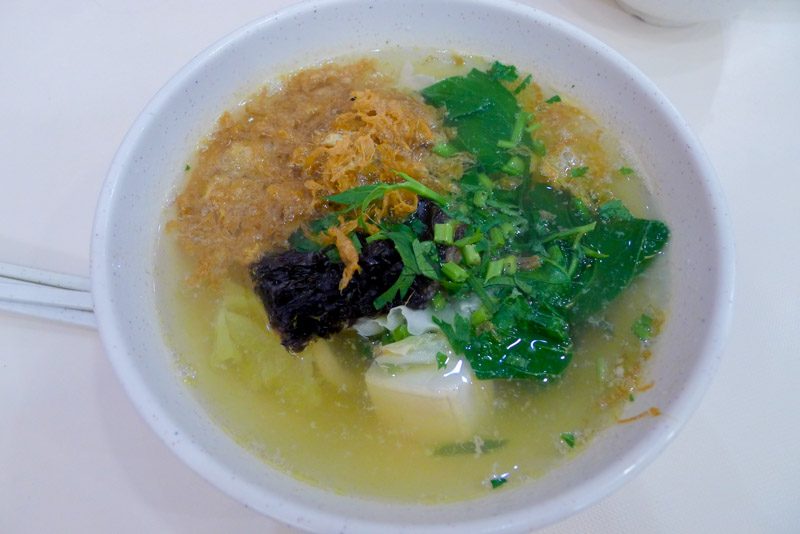 I ordered the Sliced Fish Soup ($4.80) for sharing between my dining partner and me, and with my first sip, I was hit with the pleasant lightness of the broth. There was a very clean taste, with no hint of fishiness at all, and the soup came with a generous amount of fish, vegetables and tofu, topped with Chinese seaweed and fried egg whites.

The fish slices were fresh and had great bite. Dipping it in the fermented bean sauce really helped elevate this humble dish to the next level. For those looking for a light meal, this is a tasty soup that doesn’t compromise on flavour. 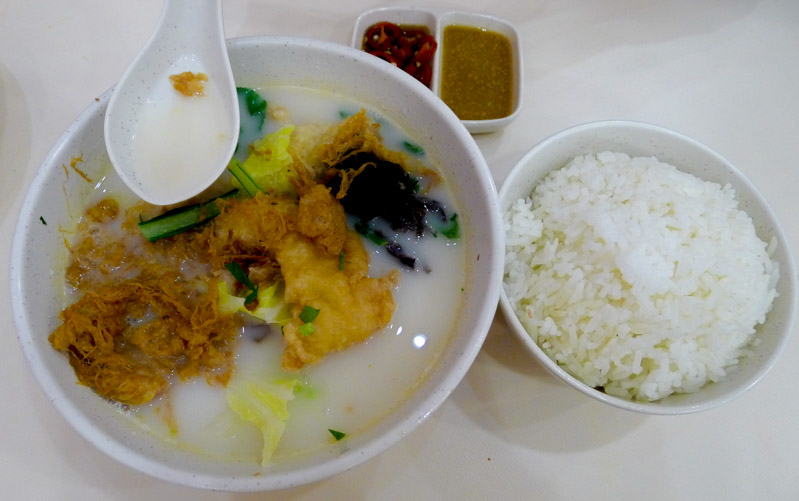 The Double Fish Soup With Rice ($5.90) has been one of my personal favourites since my student days at NAFA, and was glad to know that it still remained as tasty as I remembered it a couple of years back.

The milky soup had three large pieces of fluffy fried fish, along with sliced fish and a handful of chopped Chinese cabbage. And was topped off with condiments, exactly the same way as the first soup. The fried fish tasted even better after it had absorbed the creamy soup and did not leave a greasy aftertaste.

Halfway through chowing down my meal, I noticed tiny flecks of salted fish at the bottom of the bowl, and figured out that’s probably why the soup tasted so good! 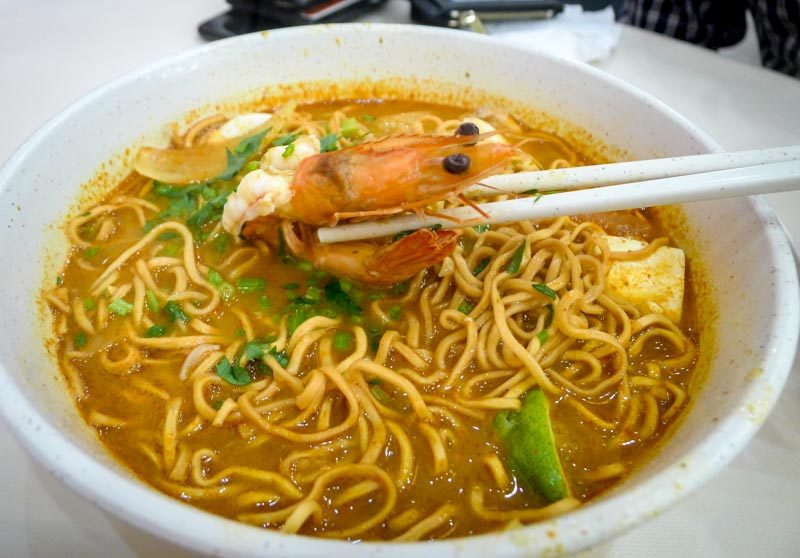 My dining partner ordered the Seafood Tom Yum Soup With Ee Mee ($6.40) and after tasting this dish, immediately said that he was going to return here with colleagues the next time. The tom yum soup was quite spicy and had a sour kick to it.

However, the flavours were not quite authentically Thai, as it had been blended in with the original fish soup for a local twist, to suit our Singaporean palate.

Seafood was aplenty in this noodle dish, with fish slices, squid, tofu, onions, prawns, tofu, tomatoes and a wedge of lime. Squeezing in lime juice adds a freshness to this dish as well.

Hotspot Cafe & Restaurant is a great place if you’re looking for an affordable and healthy lunch that won’t give you a food coma later on. Take a seat at the tables outside if you don’t want to smell of fish soup post-lunch, whereas indoor seating can get rather noisy in that small space.

Be prepared for long lines, rowdy service and crowded tables during lunch hour, but I’d say it’s worth the wait for the quality of fresh fish used and delicious broth.