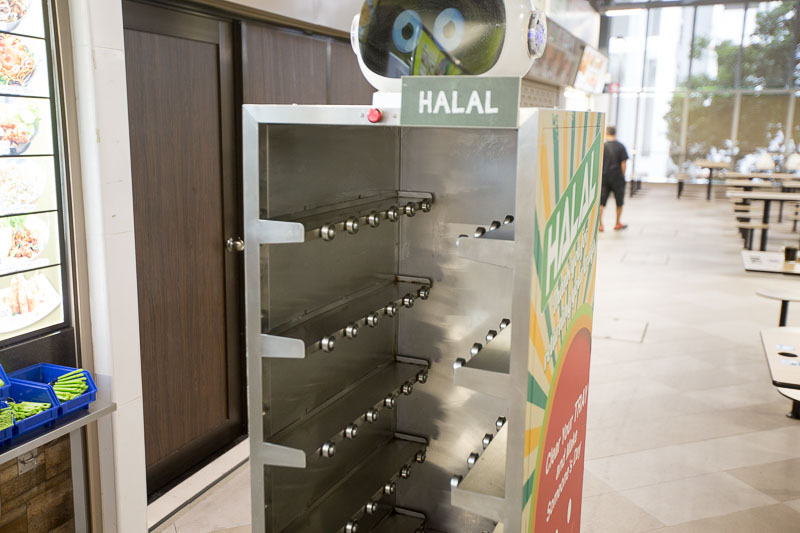 Jurong West Hawker Centre is no ordinary hawker centre – it has smart tray-return machines such as the one in the picture above, roaming around to ease tray collection. There are even tray collection points that give out $0.20 for every tray returned!

Besides these #hawkercentregoals, the area features quite a few food gems given the array of food stalls. Here’s a list of 10 dishes you must try when you’re there: 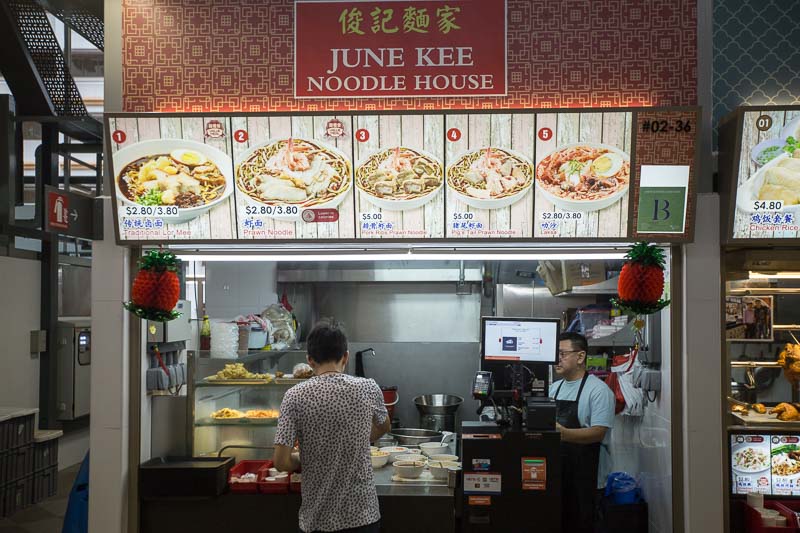 I opted for the Prawn Noodle and was not disappointed. Aside from the generous amount of noodles, I really liked the broth. It had a prominent umami prawn flavour with a subtle taste of fried shallots. Plus, the noodles were firm and not the least bit starchy.

The dish definitely could have done with a bigger portion of ingredients (like the pork and prawns), but I really don’t think I should be complaining given the price. I couldn’t leave June Kee Noodle House without also trying the Lor Mee ($2.80), which seemed to be what most people were ordering. I first noticed that the dish had quite a range of ingredients; it had pork belly chunks, fried minced meat nuggets and fried fish chunks. 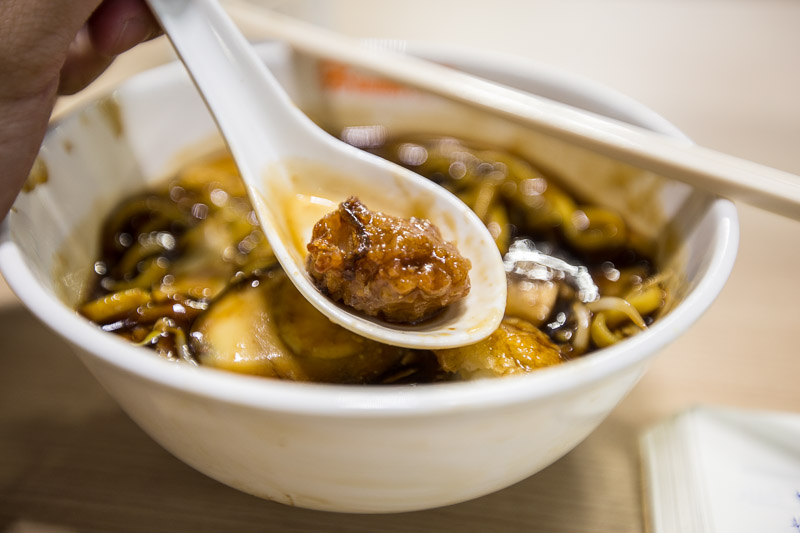 The entire bottom half of the bowl was filled with noodles, and I couldn’t imagine what upsizing it would look like. The gravy was rich, thick and gooey, with a taste reminiscent of herbal tea eggs.

I’ll be coming back just for this! I’m a fan of the classics, so I opted for the Japanese Curry With Chicken Cutlet Rice ($5.30). 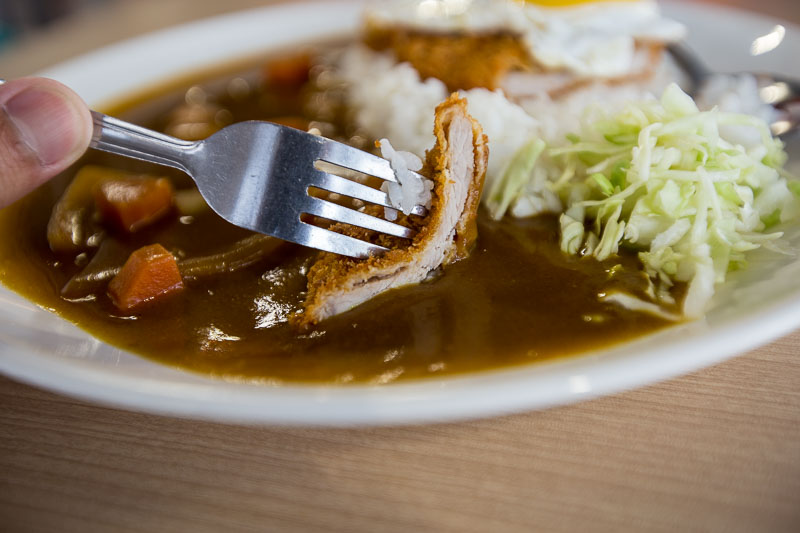 The exterior of the chicken was really crispy and I liked that the meat was chunky and flavourful. I also appreciated how the curry had a rather mellow spice. This meal was a steal at that price!

It’s not every day that you’ll see a seafood soup hawker stall selling Salmon Head Beehoon Soup ($4.80). Tenderfish Mee may be one of the few stalls that sell this dish.

Each bowl comes with half of a lightly-fried salmon head, along with some egg floss, beehoon and some vegetables. If healthy eating is a focal point for you, then this dish is ideal, as the head is full of good fat, containing higher levels of it than other parts of the fish.

It did get a little troublesome picking out the meat from the many crevices in the head but trust me, every morsel of it is well worth the effort. With over 30 food items on the menu ranging from different types of Bentos to Tempura dishes, Oishi is pretty much the one-stop hawker stall in Jurong for all your Japanese food cravings. My go-to dish would have to be the BBQ Beef With Black Pepper Sauce ($5.50) (+$0.50 for rice). The pictures on the menu feature a sizzling hotplate, and while the dish didn’t come looking like that, I can assure you it definitely did not lose the BBQ flavour.

The meat was well-marinated, though it could have been a little more tender. Also, the portion was pretty unbelievable; comparable to what you would get at a zi char restaurant! To be honest, I’m not a big fan of rojak but if I had to settle for any rojak, it’ll definitely be the Signature Rojak ($5) from this Rojak stall. The sauce wasn’t too rich and goopy, and the stall was very generous with the toppings, like the peanut bits and dried cuttlefish pieces. 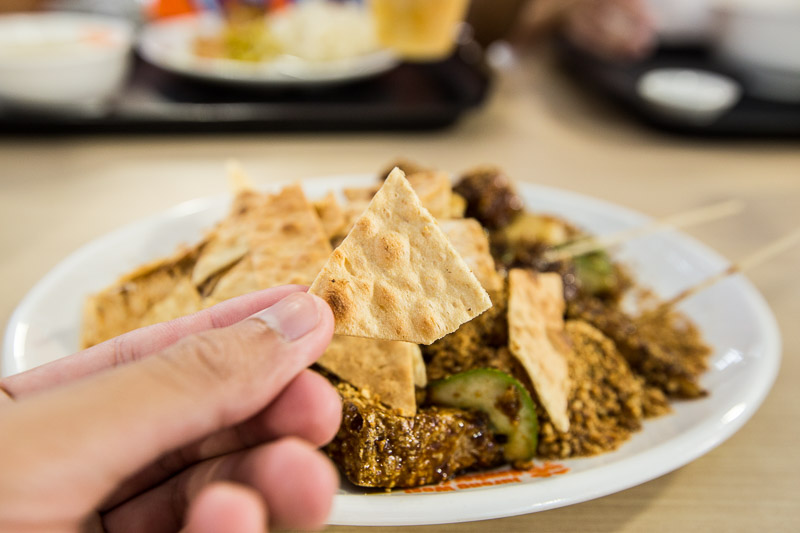 What I found really unique about the rojak here were the cuttlefish pieces. They were crispy and a little savoury and paired well with the tart rojak sauce. 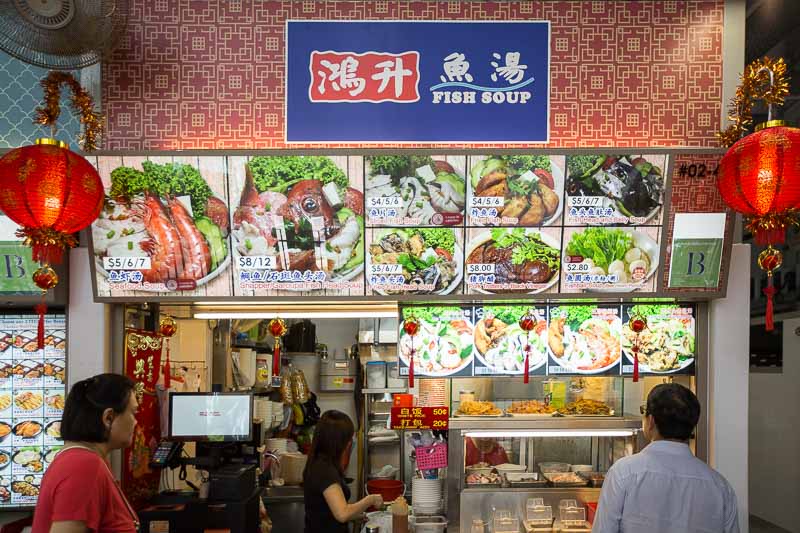 Fish Soup stalls are a dime a dozen these days in hawker centres, but I often head to this one in Jurong for the Tom Yum Fish Soup ($4.50) whenever I’m craving something spicy. 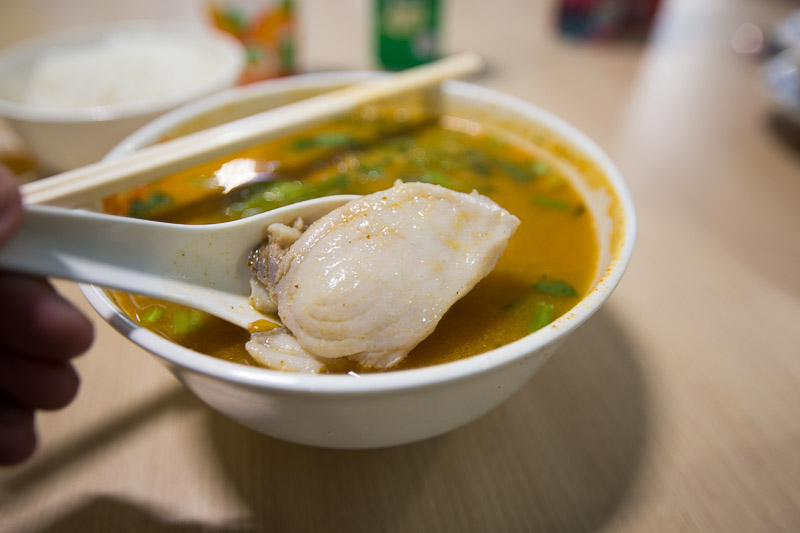 The soup was a decent mix of sour and savoury, with a spice level that was borderline lethal. It has pretty standard ingredients, such as plain tofu cubes, lettuce, tomatoes and fish slices. The bowls used are rather big and they really fill them to the brim.

The fish tastes very fresh each time I go, and I love how they are quite generous with the ingredients. It goes without saying that the Traditional Wanton Noodle stall specialises in wanton noodles. Though not the best in Singapore, the Wanton Noodles ($3) were still pretty darn good.

The noodles were exceptionally springy and firm, and the char siew slices were pretty tender and sweet. The bowl of soup even came with three wantons! Although they were a little small, these were packed with flavour.

The stall also sells some unique dishes such as Abalone Noodles ($4.50) and Mushroom Noodles ($2.80), so do try those when you’re there. The sauce was so smooth, unlike some salted egg yolk sauces that are a bit grainy in texture. I also liked that it was quite mellow, not too rich so as to make you feel jelak after the meal.

The portion was really decent for the price and the chicken pieces were succulent and juicy. You won’t regret this! The designated Dessert stall in the hawker centre serves up various traditional desserts such as Bubur Cha Cha ($2), Red Bean Soup ($1.50) and Pulut Tng ($1.50), which was my personal favourite. 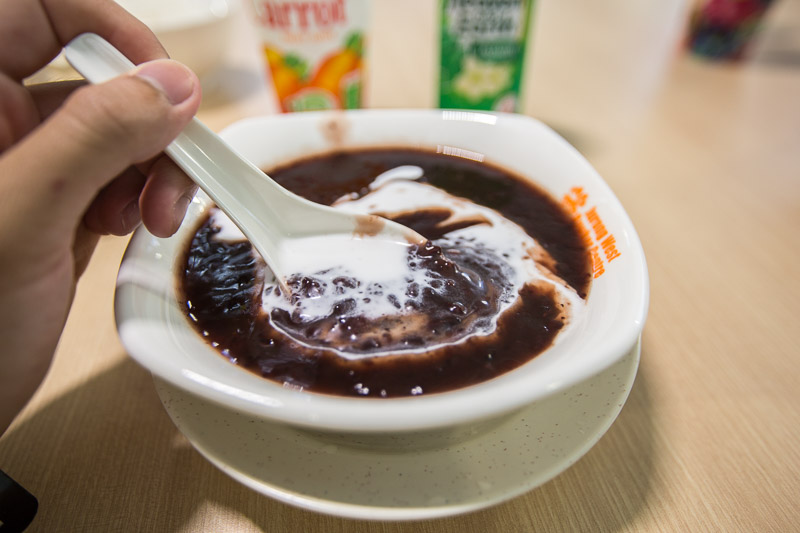 For those who don’t know what this local dessert is, Pulut Tng is essentially black glutinous rice simmered together with coconut milk and Gula Melaka.

The dessert was sweet from the coconut milk and had quite a distinct nutty flavour. It’d be the perfect end to a good meal at the Jurong West Hawker Centre!