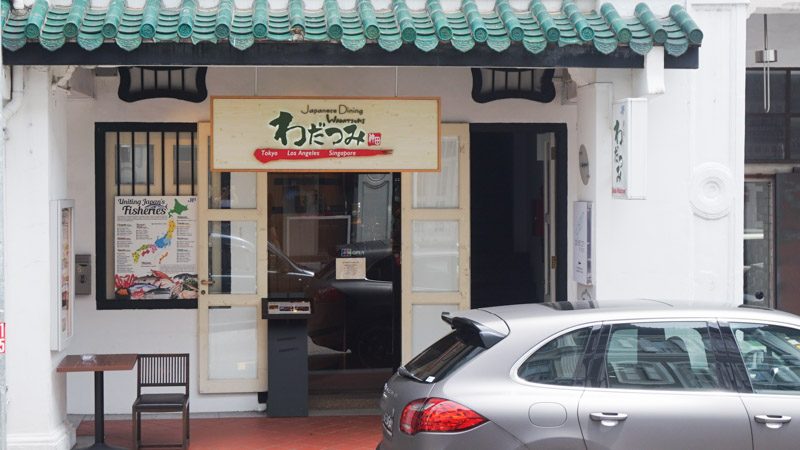 Kanda Wadatsumi is located in Tras Street, and its simple exterior design does not seem to stand out a lot as compared to it neighbouring eateries. However, you will be pleased to know that it has direct links to Zengyoren Japan Fisheries Association and Japan Agriculture, which means that its seafood and meat are imported from the best in Japan. 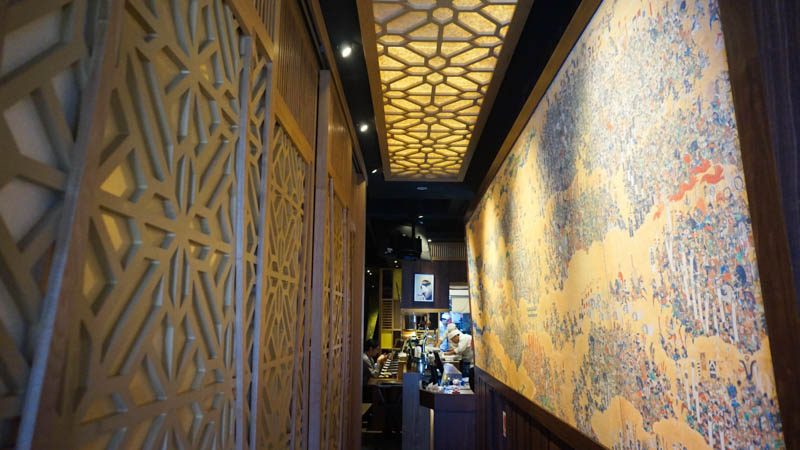 Walking into the restaurant, it felt like I was transported back to a homey restaurant in Japan because of the narrow entrance and its relatively small seating capacity. 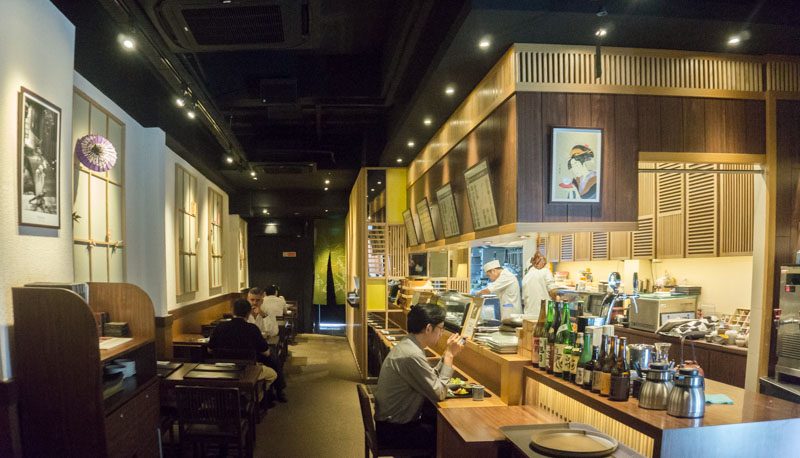 With earthy-toned interiors, noren curtains and a traditional wooden-top sushi counter, this cosy place felt like stepping into the world of Hayao Miyazaki (a scene from his notable film Spirited Away). 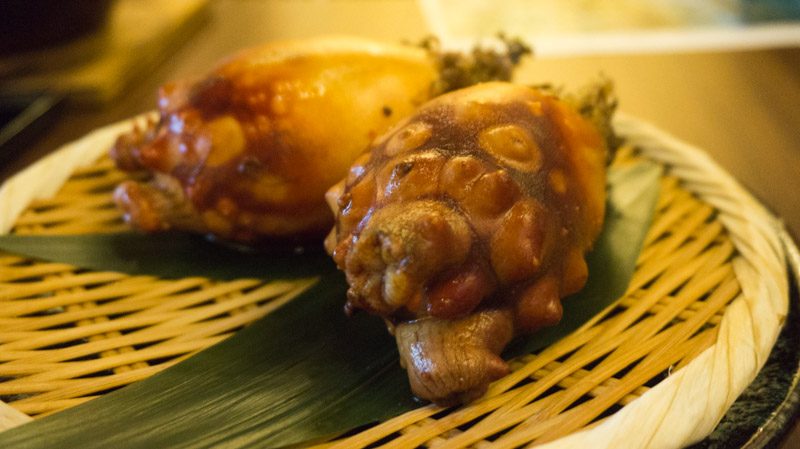 Kanda Wadatsumi brings in seasonal prefecture-themed meals every month, and we had the opportunity to try out the specialities from Miyagi, which included this bizarre-looking creature that was actually a Hoya (sea squirt). 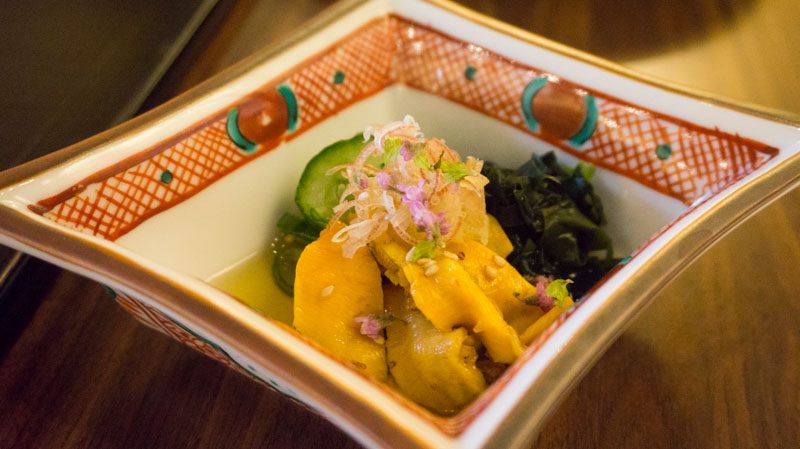 Hoya with Vinegar Sauce ($12) had a chewy texture, resembling a scallop and abalone. When eaten alone, it had a rather fishy taste, but thankfully the vinegar’s acidity, pickled cucumbers and seaweed made it palatable. Hoya Claypot Rice ($36) had a strong ginger taste to neutralise the taste of the sea squirt. Apart from ginger, the rice was cooked with sake, bonito soup, and soy sauce, hence it was pretty tasty on its own. 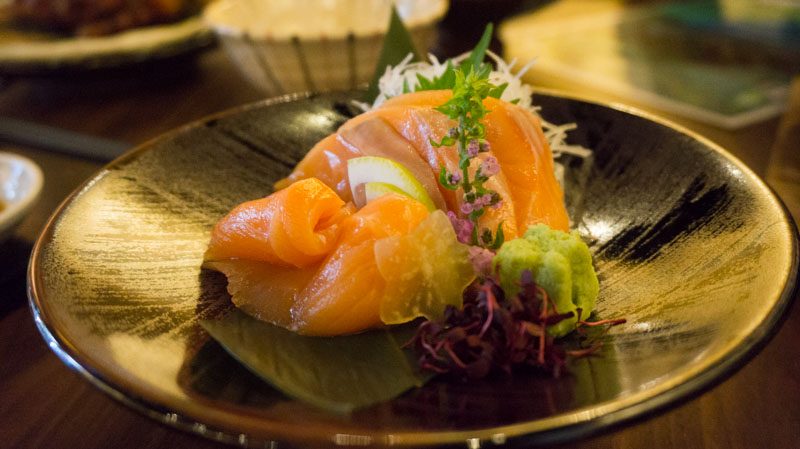 We had a taste of the Miyagi silver salmon sashimi (5pcs for $30) and I was surprised that it was so much leaner than the usual ones with fatty white streaks.

Although the sashimi was a lean cut, they were not tough and dry like I thought it would be. 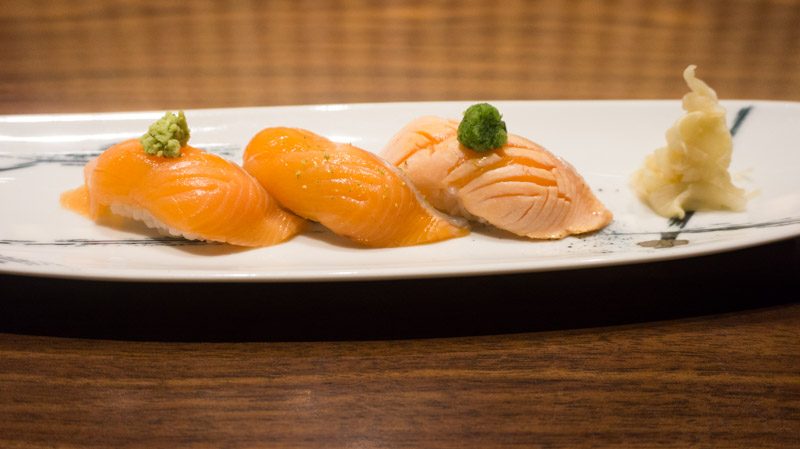 3 Kinds of Salmon Sushi ($18) were paired with wasabi (left), grated yuzu (middle) and grated cucumber with vinegar (right). As the chef had marinated the fish with soy sauce and mirin, you won’t have to dip into extra soy sauce. 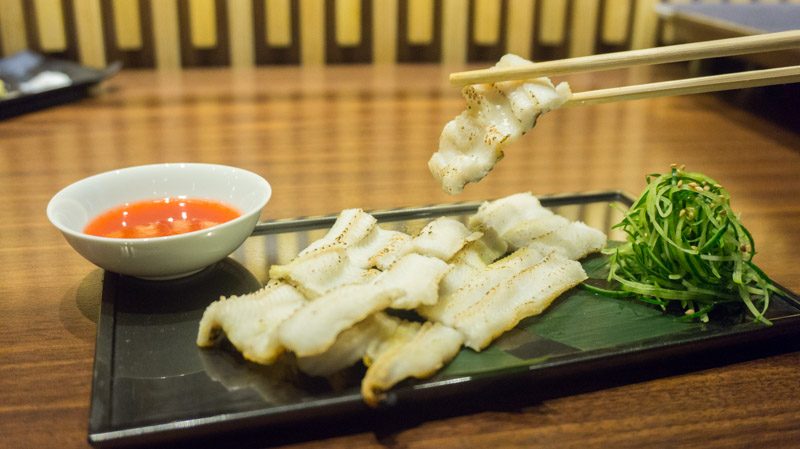 If you’re a fan of unagi, try the Grilled Sea Eel with Sour Plum Sauce ($18). Anago is a saltwater eel that has a natural sweetness and is less bony compared to unagi (freshwater eel).

This version was paired with a sour plum sauce that made it a little too salty for my liking. 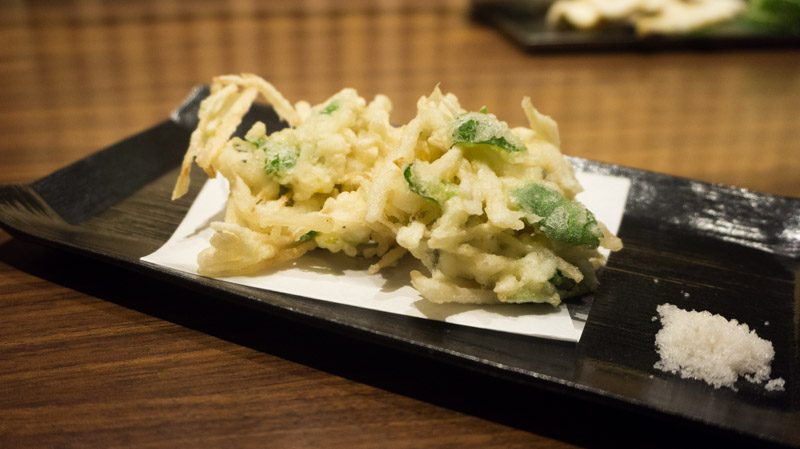 Deep Fried Sea Eel and Ginger ($18) was a tempura dish paired with salt. The young ginger used in this dish was not too spicy, but the flavour was absolutely robust, which brought out the natural sweetness of the female eel (evidently oilier and bigger than a male eel) used in this dish. 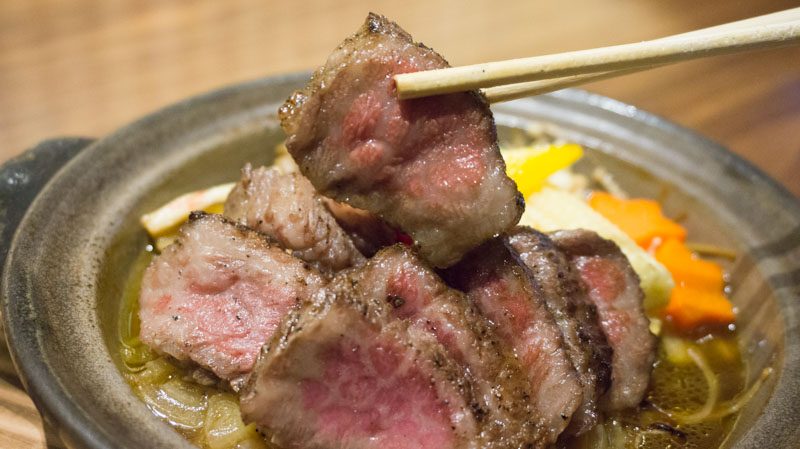 Moving on to the signatures of Kanda Wadatsumi’s all-time menu, we tried the Wagyu Toban Yaki ($48), which was Kagoshima beef imported from Japan Agriculture.

The meat was so irresistibly well-marbled, buttery and it dissolved in my mouth (a very overused term but… it’s true). Paired with carrots and onions, the flavour from the beef made the vegetables and broth really sweet. 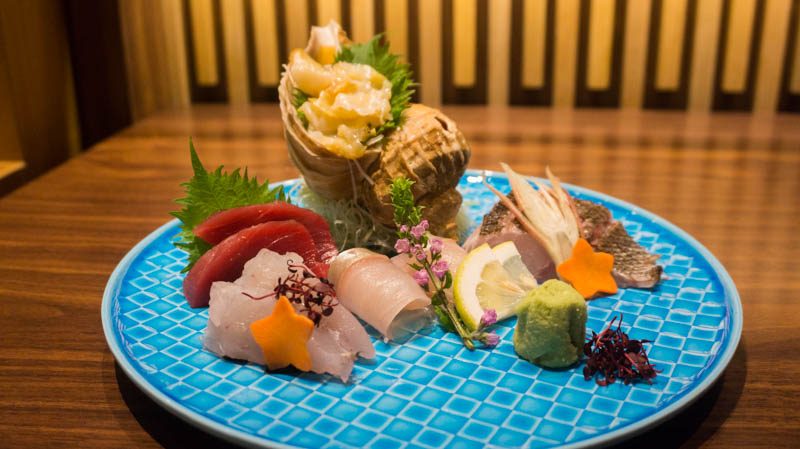 The Sashimi 5 Kinds ($68, depends on the fish used) was really delightful due to the rare type of fishes used. On this platter, there were sea whelk, akami (bluefin tuna), flathead fish, shima aji (stripe jack) and Isaki (grunt fish). Mashed and combined well, the flaky fish meat coated the rice evenly and was perfect for a seafood lover like me.

Although it didn’t look like much, this dish is a representation of a homey Japanese dish that feeds the soul. 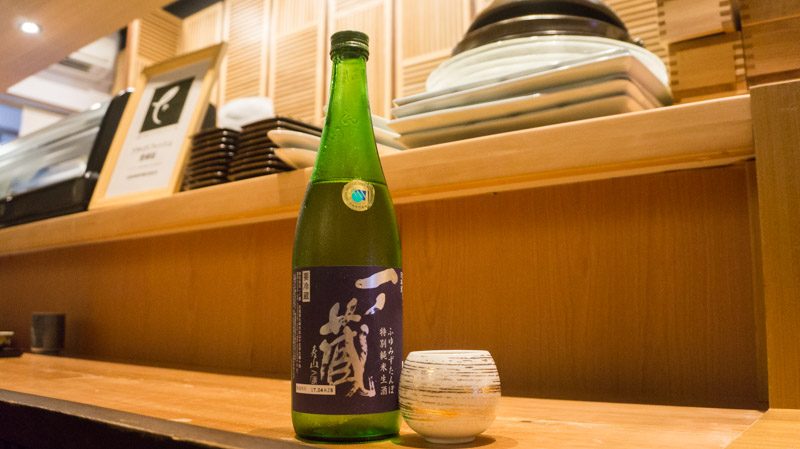 If you enjoy sake, pair your sashimi with the Ichinokura Tokubetsu Jyunmai (180ml for $27, 720ml for $100), a mildly sweet sake from Miyagi.

Since Kanda Wadatsumi has seasonal menu on rotation, the Miyagi menu might not be available all the time, but I am sure that the ingredients from other prefectures will be equally good or probably better.

That being said, this place provides a really good opportunity for Singaporeans to try out lesser known Japanese dishes from various prefectures, such as the clay pot rice and rare sashimi selections.