Clawesome Lobsterfest Returns To Lime at PARKROYAL On Pickering, Singapore Remember Lime at PARKROYAL on Pickering’s SG50 Lobsterfest? The shell-shocking Lobster buffet clawed its way into the hearts of many crustacean-lovers, earning a well-deserved spot on every foodie’s list of buffets to try.

2016 may not be the year of Singapore’s golden jubilee, but the four-hour culinary extravaganza has returned, and it is even more clawesome than the last! 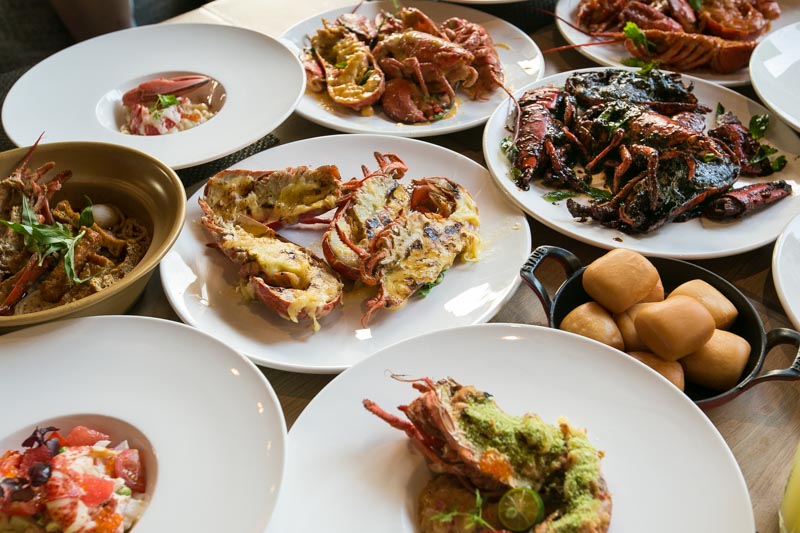 This year, the Maine attraction at Lobsterfest remains Lime’s exquisite Maine lobsters. These fleshy, luxurious crustaceans are air-flown into Singapore, where they will star in more than 10 delectable dishes.

I, for one, love all types of shellfish, so I was beyond thrilled to pay PARKROYAL on Pickering a visit to partake of the ocean bounty. From here on, I’ll be covering some of the highlights for you to look forward to at Lobsterfest 2016! 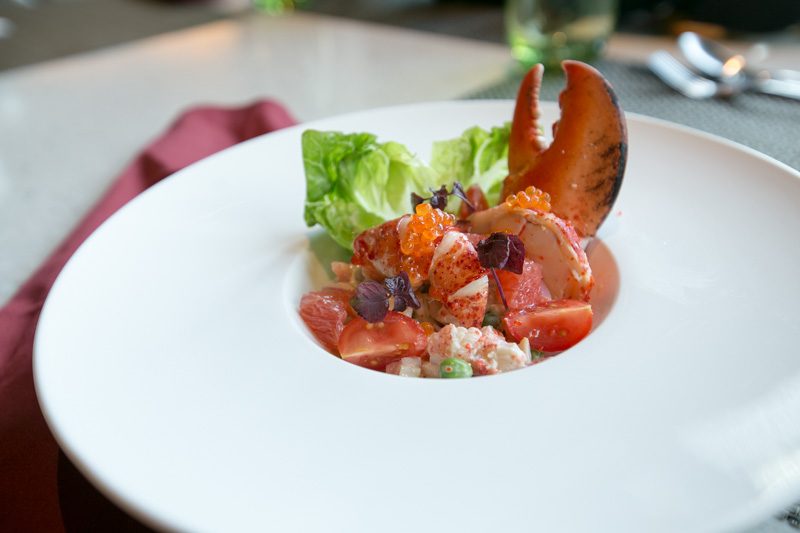 First up was the Lobster Salad with Exotic Vegetables and Wasabi Aioli, which I found to be the most refreshing of all the lobster dishes.

The crisp greens mingled in a creamy aioli, while salmon roe is used to enhance the briny flavour of the chunks of lobster. I especially enjoyed the inclusion of the tangy grapefruit chunks and quartered tomatoes, which provided the balancing touch of acidity to the dish. We savoured the decadent Maine Lobster with Truffled Hollandaise and Espelette next. Enticingly golden, the creamy Hollandaise sauce complements the firm lobster flesh quite well. The earthy truffle flavour in the Hollandaise is unmistakable, but not overpoweringly pungent. Of course, this wouldn’t be Lobsterfest without Lobster Thermidor. This rendition of the classic French dish sees the lobster decked in a Persillade Crust, essentially a medley of herbs and seasonings like garlic and parsley. Giving the dish its characteristically green appearance.

The crust, coupled with the addition of mushroom chunks in the Thermidor sauce, gave the already rich dish a more nuanced flavour, amplifying its deliciousness. 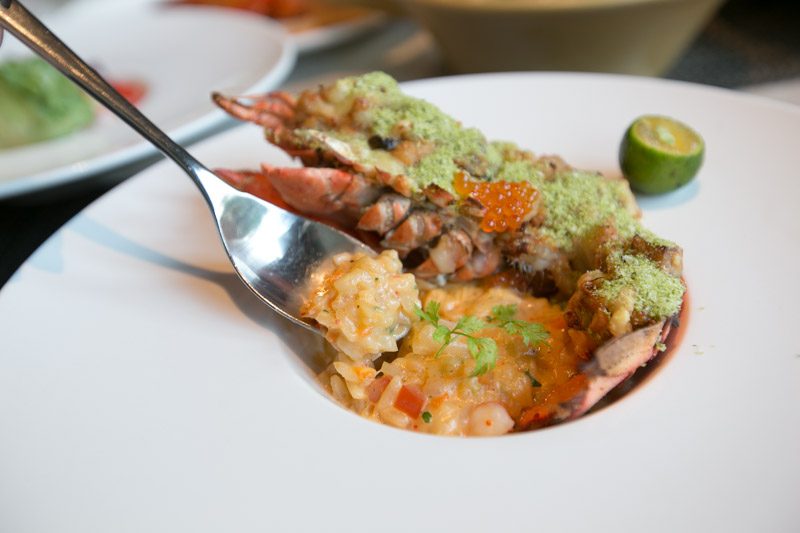 For the ultimate lobster-overkill, the buffet service also serves Lobster Thermidor alongside a Lobster Bisque-based Risotto with Mascarpone and Lobster Meat. The risotto was tender and sufficiently moist, each starchy grain is infused with a concentrated seafood flavour from the bisque base — a real delight to eat. 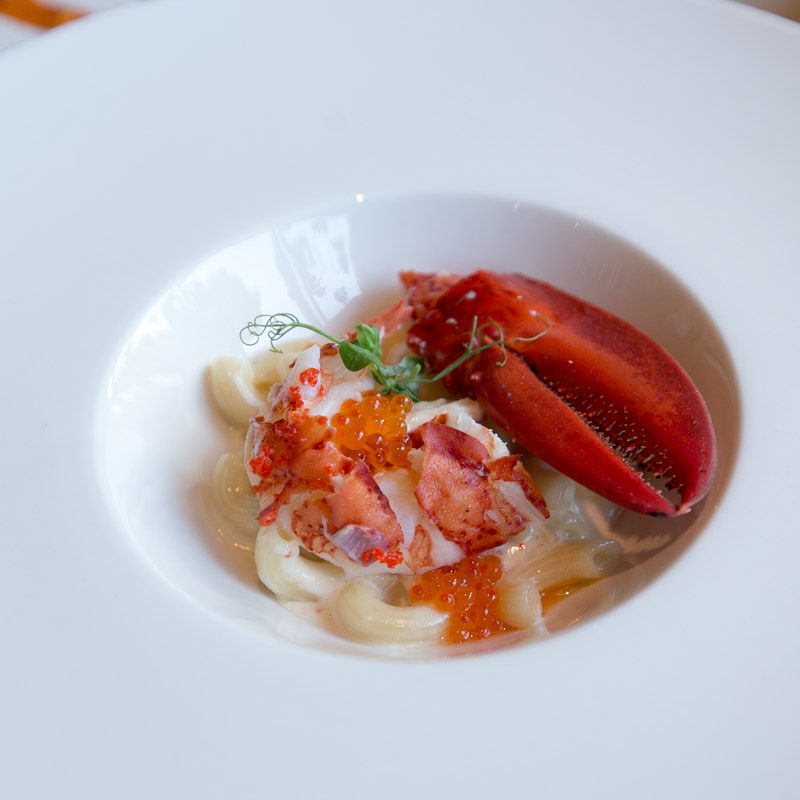 An alternative carb choice is Lobster Mac and Cheese, which I daresay was my favourite Western-lobster dish of the night. The lobster in this dish is simply poached, so you can taste the unadulterated sweetness of the meat.

The cheese sauce is savoury, smooth and creamy. It lightly coats each al dente macaroni morsel in a way that isn’t at all jelat! In fact, I went back for seconds (and thirds, and fourths). For those who prefer familiar local flavours, don’t miss out on the Singapore Laksa with Lobster. The laksa gravy is satisfyingly lemak, tasting distinctly of coconut milk and dried shrimp.

As a result of simmering in the curry-like broth, the normally mild-tasting lobster flesh is imbued with a rich, spicy flavour. 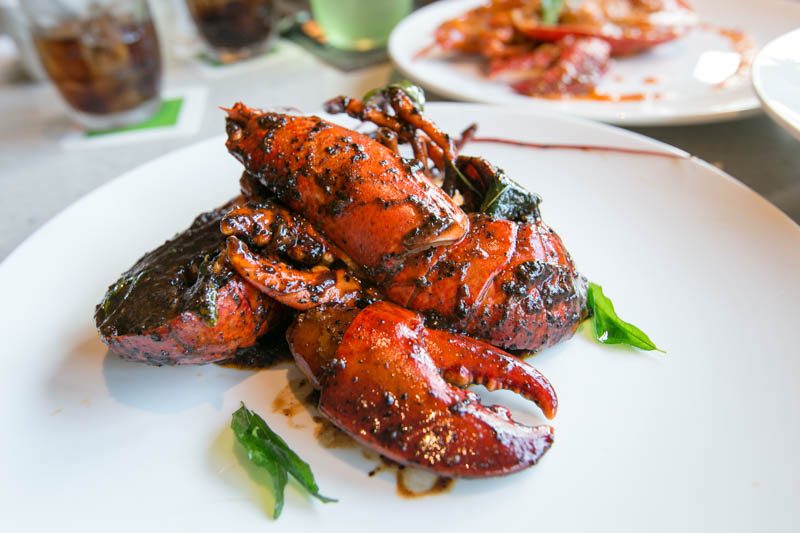 Chilli Lobster and Black Pepper Lobster are no strangers to the Singaporean tastebuds, being lobster spin-offs of classic crab dishes. I think these two iconic flavours are executed very well by the Lime kitchen: both the chilli and black pepper gravy are flavourful and carry an appropriate amount of spice, both are equally superb accompaniments to springy Lobster meat. Lime even serves deep fried Mantou for dipping into delicious gravy. Jumping on the salted egg yolk bandwagon, Lime has also churned out Maine Lobster with Salted Egg Sauce. The glorious gravy ladled over the lobster is immensely smooth and very well-balanced, being equal parts savoury and sweet, while also slightly spicy.

I gotta say, this dish was a really close contender for my favourite dish of the night. 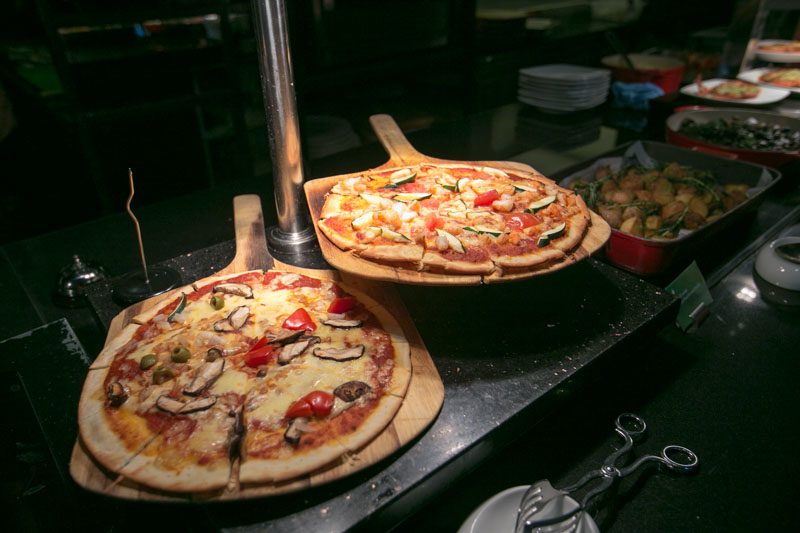 If stellar shellfish alone don’t sound like they’ll fill you, I can assure you the rest of Lime’s diverse buffet spread will. Expect international cheeses, unlimited sushi and sashimi, a Do-It-Yourself Kueh Pie Tee and Rojak table, a massive Western dessert table, freshly shucked oysters and an iconic matcha fondue fountain — I’m only listing the highlights. 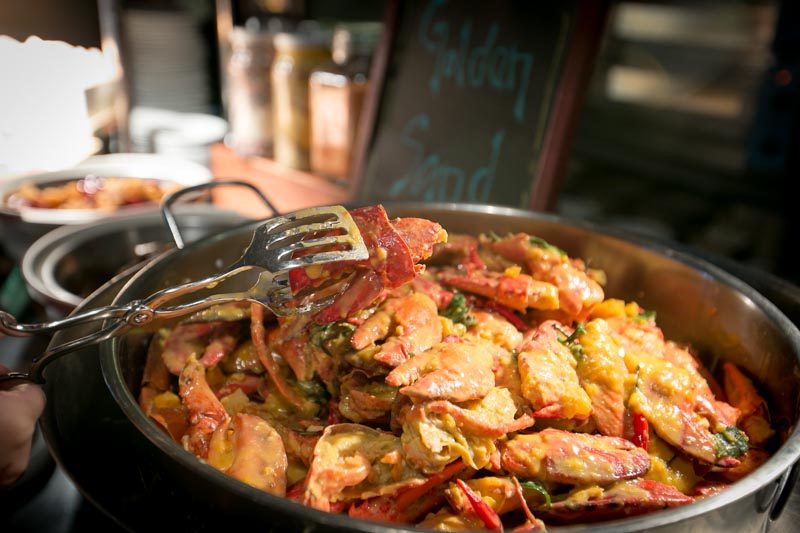 To sum it up, I really enjoyed my dinner at Lime’s Lobsterfest and I think I’ve loaded up on enough lobster to last me the next four months. The variety at Lime’s buffet is astounding — enough that you’ll struggle to try one of everything — and the quality of the food indeed lives up to the standard of a five-star hotel’s restaurant.

If you’re someone who can stomach decently large amounts of food and really enjoys lobster and seafood, I think you’ll be able to get the best experience and value for money out of Lobsterfest. It’s definitely worth trying at least once!

Lime Lobsterfest runs every Wednesday and Thursday evening, 6:30pm to 10:30pm from now till 1 December 2016.

Expected Damage: $99++ per adult with a complimentary glass of Limenade.

Previous articleChun Cui He 純萃。喝: Bottled Milk Tea Craze in Singapore – Is It Worth The Search?
Next article19 Places To Eat At Farrer Park: Who’s The Farrest Of Them All?