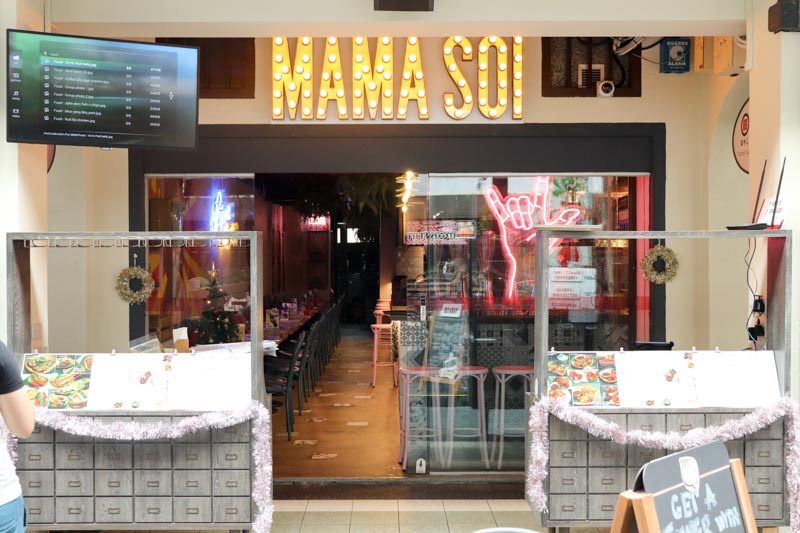 In the hood of Cuppage Terrace, a trendy comrade has joined the team. Fresh-face Mama Soi adopts a youthful presence with its illuminating neon lights which we all know, amplifies any aesthetic. The interior looked like it was taken right out of an arcade, with the cheeky wall painting hyping up the atmosphere. With a small touch of green from the hanging plants, the hippie establishment took on a perfect demeanour to house a crowd for any occasion. My favourite thing about the area was the idea of creating a lovely outdoor space. Decked in checker-patterned tables and a mix of pastel pink, grey and blue chairs, it stood out like a rose amongst thorns.

I love a good al fresco restaurant to catch up with friends over some bar bites and drinks. With the cool breeze setting comfort in order, it provides a sensory experience as you dine and chat amongst the bustle of the crowd.

Kudos to the team at Mama Soi for taking in the millennial woe of making the place look chic so there’s an additional incentive to gather the crew. Taking a group picture? Consider it done. 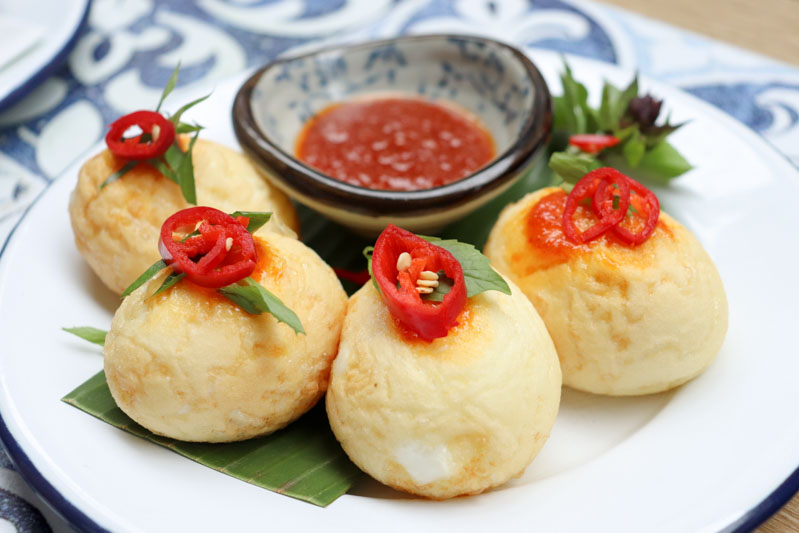 Before we arrived, we were already set on ordering the Son-In-Law Eggs (S$7). The highly-raved dish was served with four portions and a side of chilli jam.

Legend has it that a mother’s intuitive protection over her daughter compelled her to threaten her son-in-law to take good care of her, otherwise, he should expect his crown jewels to be served up as eggs. Ouch. 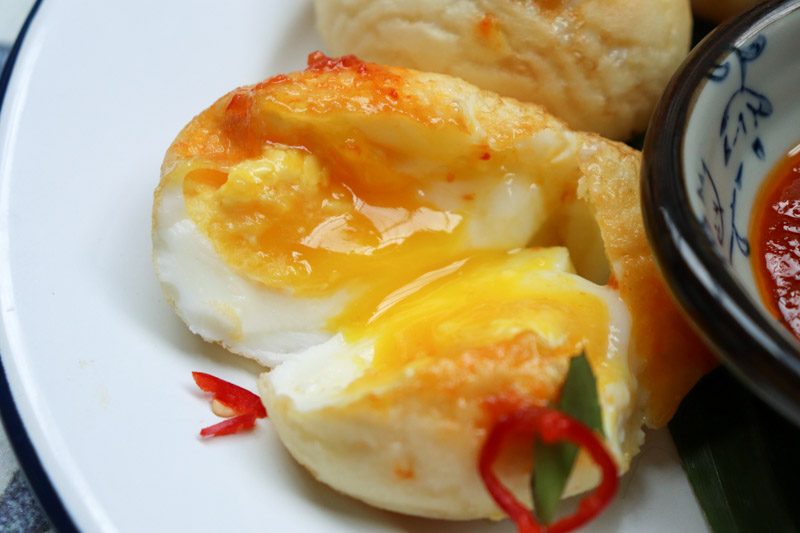 The hard-boiled eggs were cooked slightly under to satisfy that egg-cellent runny yolk as we cut through it. Dipped in a light batter and deep-fried, the popular Thai dish looked quite egg-traordinary.

The sweet chilli jam complemented the dish with an extra kick of flavour and with the spot-on execution of the eggs, it was rejuvenating to see this unique choice on the tapas menu. Yet it did not impress as a whole, possibly because it didn’t appeal to me as a bar snack that could be enjoyed over drinks. Next up, we were served the 16-hr Pork Belly (S$11), served with ginger rice and chilli jam. Visually, it looked sophisticated with the classy plating.

We had a go at the ginger rice to be the judge of its fragrance. After all, it’s always a serious game to us Singaporeans when it comes to rice! On its own, it didn’t embody much character and it’d be fairer to pair it with the meat. The slab of braised pork belly was a winner of the session. My gluttonous self felt like this was more of a meal for one, rather than to be shared. Once you try it, I’m pretty it will compel you to be selfish.

Slicing through the meat was a breeze and it was a clear sign of how tender it was. The juicy fat layers absorbed the sweet, tangy marinade perfectly and its taste was no less than what we expected.

While the dish was delicious and undoubtedly addictive, I’m pretty sure there are many other renditions out there I’ve yet to try that would easily challenge this. Soon after, the Short Rib Twice Cooked (S$27) was served. It was a pretty majestic sight, really. Jaws dropped and a string of wows entailed. A green apple salad lay atop the short rib which gave the dish a tad more colour. It was like cutting through butter as we sliced into the meat. It was that soft. Though, I thought it was rather unusual for beef to acquire such consistency.

The short rib made a scrumptious tapas sharing platter but we found it to be a tad greasy. However, it balanced out with the citrus fruit salad which gave it a refreshing twist. 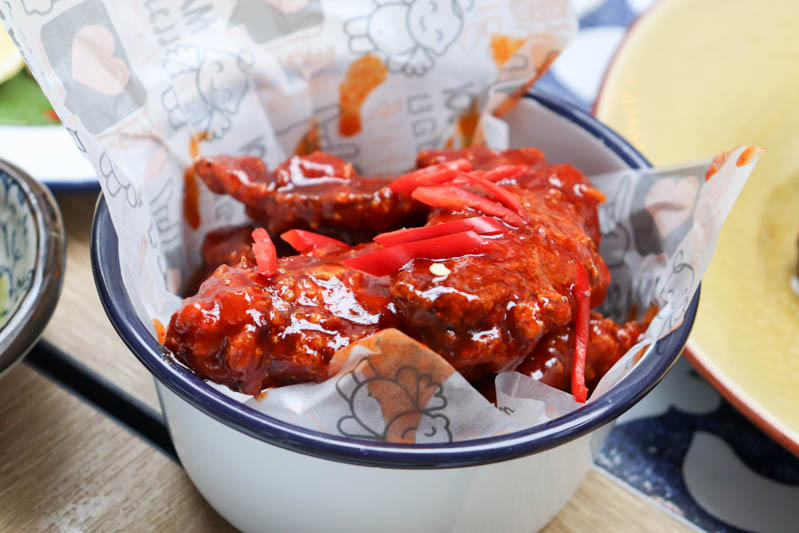 The final bar bite left the kitchen and the crimson Hot Wings (S$8) was left to end the feast. The sinful snack possessed a lethal presence with its thick coating of chipotle and gochujang (Korean red pepper paste) sauce. 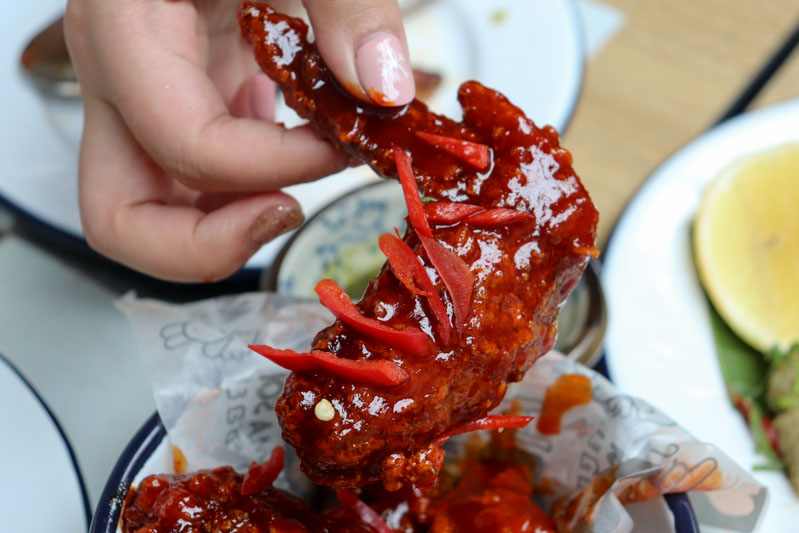 It’s no pretty sight munching into the messy snack but it was finger-licking good. The fried skin retained its crisp despite being bathed in the sweet and tangy glaze.

The team at Mama Soi could roll out more of these bar bites because they’re easy to appease a crowd of any extent. Plus, who can resist fried food? 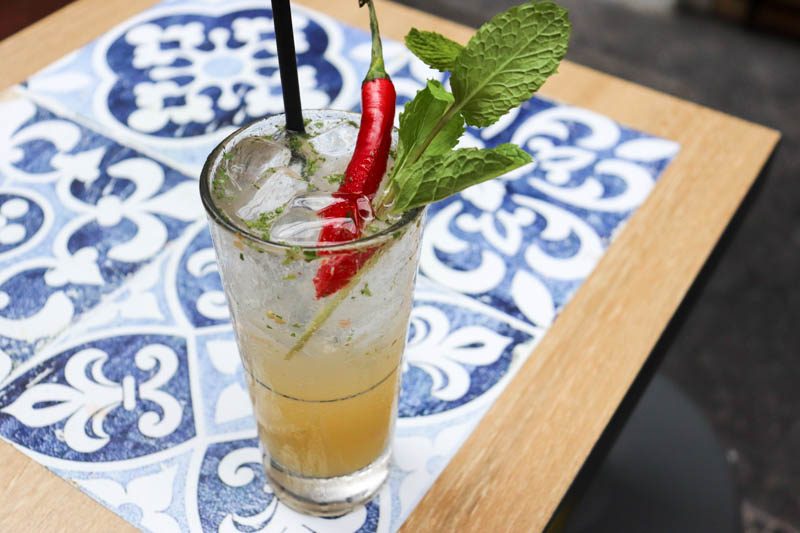 Now, on to the boozy kicks. This secret off-menu Cocktail (S$18) was one of bartender Brent’s creation. Mixing in some rum, mint, lime, coriander, red chilli, ginger and sparkling soda, the unnamed beverage is the perfect model of an Asian cocktail.

Just one sip and you’ll be confused with the sweet, sour, bitter and salty hints. But it’ll keep you slurping down for more. Don’t be fooled by the chilli garnish – the spice aptly heightened the drink’s unique character. This concoction needs to make its way to the menu ASAP! 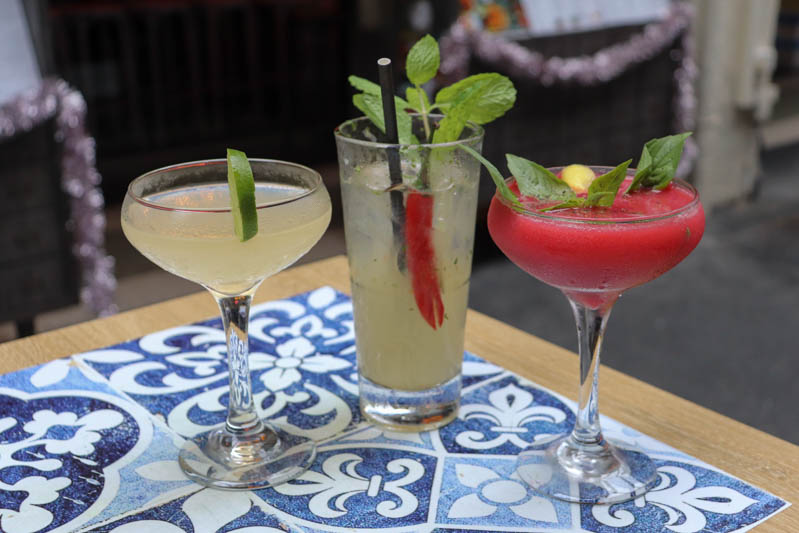 Speaking of alcohol, they’ve got a beer chugging competition too. Fancy a fight with a competitive friend? Compete to down two pints of beer and you might be walking away with an exclusive gift! P.S. The record is 11 seconds. Good luck.

We’ll schedule a gathering over drinks any day over at Mama Soi but the food wouldn’t call for a special trip down.

Huddle the squad and let loose a little at this groovy new hideout. Don’t forget to shoot your shot at the contest. If you don’t try, you’ll never know!