Recently, I’ve been asking friends where they think the best ramen in Singapore is. I asked out of both curiosity and craving. That’s when I soon realised that it isn’t a real question to answer.

Ramen, somehow, happens to be one of those things that is a very subjective preference, and although there are traditional methods in its preparation, not everyone can agree on what they would call “the best ramen in town”. 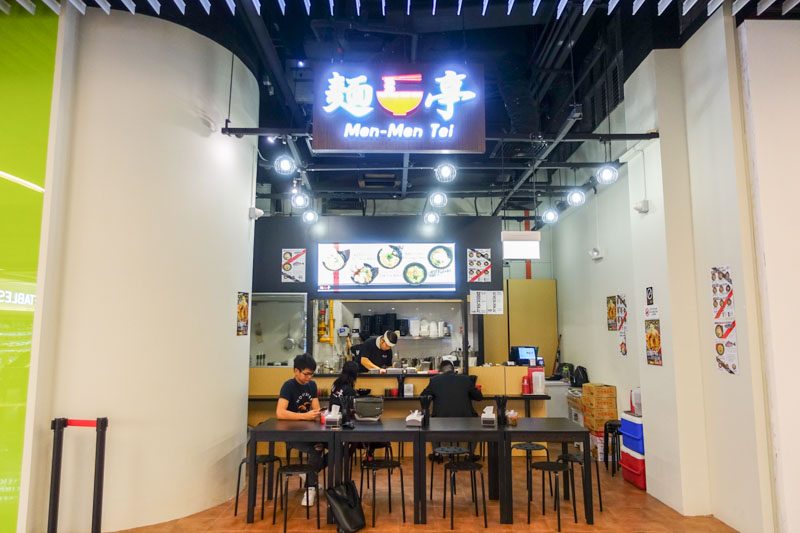 Expanding his culinary empire, Chef Teppei Yamashita has now ventured into serving piping hot bowls of ramen in his first ramen eatery, Men-Men Tei, at the basement of Marina One.

The location is a little hidden, so it may take you a bit of time to hunt it down. 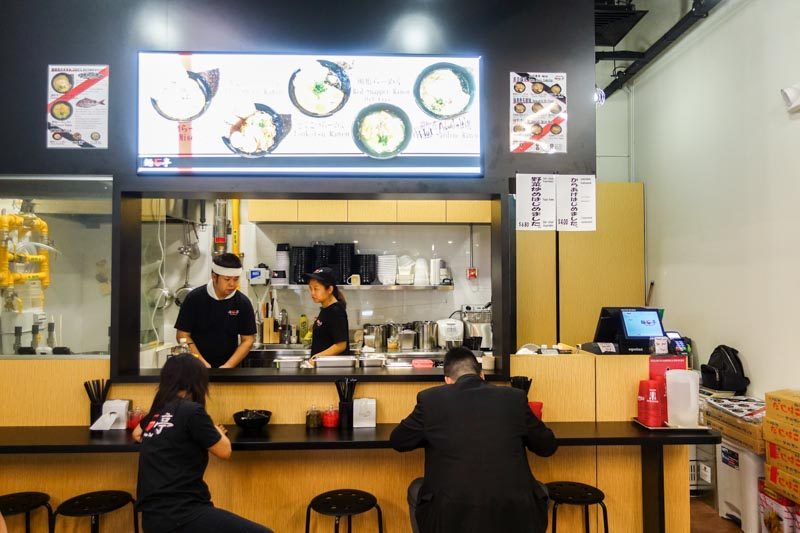 The eatery seats no more than 15 at a time (and even then, it would be a squeeze), but I reckon this space is meant to cater to the lunch crowd who is all about a quick eat.

The menu itself is even more concise, highlighting only about 11 different Tokyo-style ramen dishes and a handful of sides. 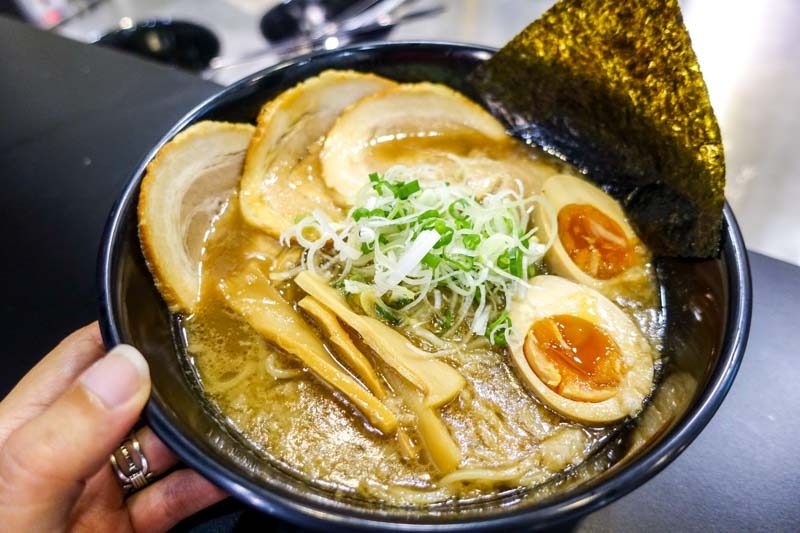 I went for the signature bowl first, the Special Tonkotsu ($12.80) which uses pork bone and chicken feet for its broth, and just the smallest sip of it was proof enough for me that it had been simmering for hours. 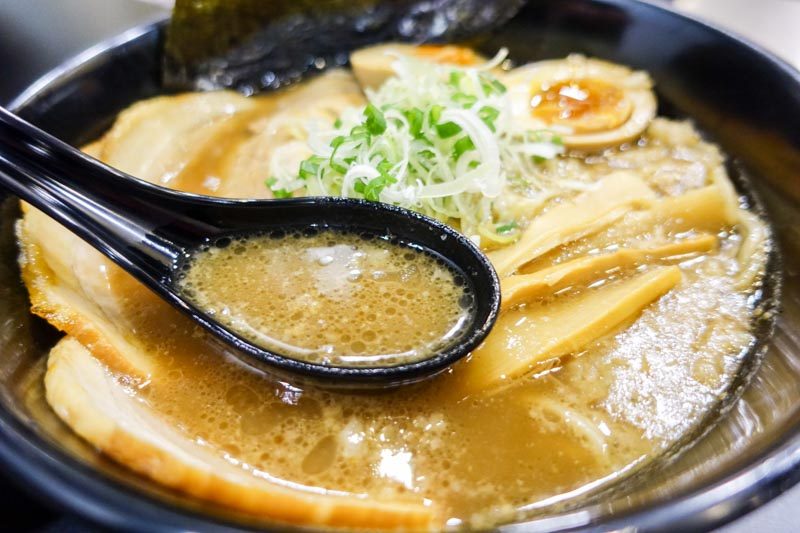 The meat wasn’t only tender, but had an incredible layer of gelatinous fat which is (in my opinion) a key element in any really good bowl of ramen.

The noodles still had a bite to them, and if I had to rate this ramen based on my previous ramen experiences, I would give this a solid seven out of ten. 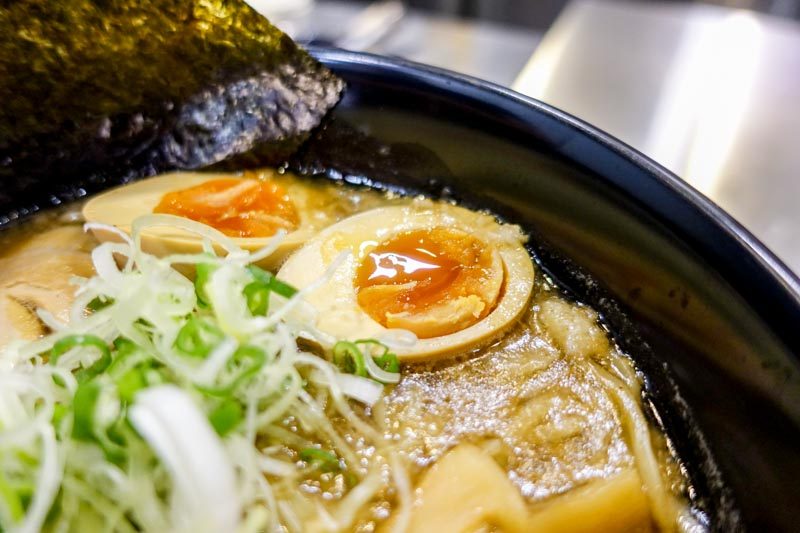 Even the ajitama (ramen egg) had thought put into it; it was marinated in dashi, shoyu and mirin before being boiled for five minutes. Being Singaporean, obviously, I had to give their Special Spicy Miso ($12.80) a go. There’s only one word to describe this: damn shiok (okay, two words).

The fire hit me instantly; they definitely took the word ‘spicy’ very literally. 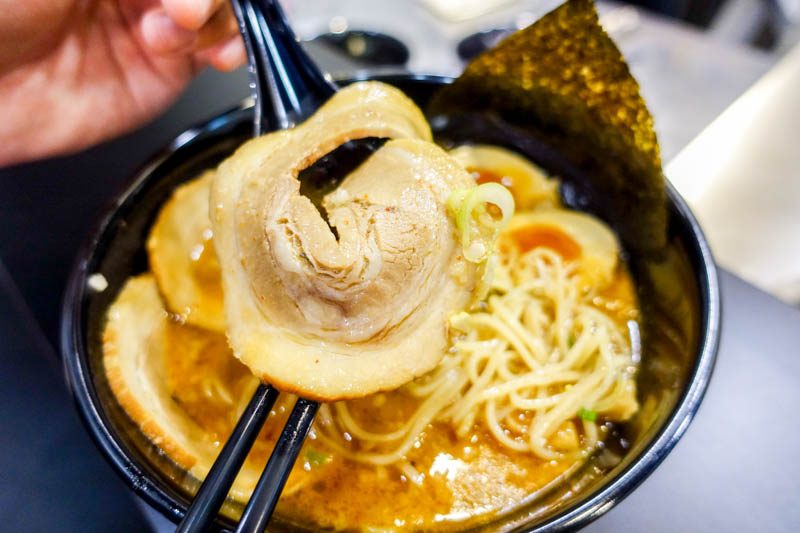 What surprised me, even more, was that this ramen had a lot more depth and flavour than the previous bowl, and even though it was spicy, none of those flavours was lost. It was a great balance of heat and umami. If I ever found myself in this area again, this bowl would be my salvation.

However, if you’re a little weary of the usual ramen varieties, you’ll be pleased to know that Men-Men Tei offers two very unique bowls — Red Snapper Ramen ($15) and Creamy Sardine Ramen ($12). Unfortunately, when I was there, they only had the former available (cue sad face). But no need to be disappointed for too long, as the Red Snapper Ramen was an instant hit with me.

To fully appreciate this, one has to throw out all stereotypes of what ramen should be. This broth was by no means, rich, but it was actually milky. When I asked if there was any milk added, the response was a frank “no”. Which lead me to believe that the broth, which is made with Kagawa red snapper and Ako’s salt (produced in Hyogo prefecture’s Ako City), is made with a  lot of patience and skill.

The snapper fillet fell apart without being mushy, and the best part was that it was seasoned generously. This aspect is important to me because so many times, when there’s a sauce or soup involved, the protein often has to rely on that for flavouring and it comes across very obviously. Another novel concept to consuming this dish is that it’s served with a small bowl of rice. Whatever for, you may ask? They’ve established that the soup is so good that diners may want to enjoy it with some rice and create a fish porridge of sorts! I actually enjoyed the soup both ways. Having it with rice sure was a good way to ensure less wastage, that’s for sure!

Regardless of what your preferred ramen style is, one thing that’s certain is that we have plenty to choose from in Singapore. Now, you even have a fish-based one if you’re looking for a lighter, less oily alternative!

The spicy version won me over, hands down, and now I don’t know if I’ll be able to find one that tops it.

Previous articleMcGriddles Is Back For A Limited Time This June & It’s Available 24/7!
Next articleMichelin Guide Singapore 2018 Winners Will Be Unveiled At This Gala Dinner At Sentosa On 25 Jul