When you think about ramen, you usually think of Tonkotsu, Shoyu or Miso broth ramens. But did you know that there’s also dry ramen? Also known as Mazesoba, it’s actually a common dish in Japan.

Now you can try it in Singapore, at Menya Kokoro! This popular mazesoba restaurant from Japan has opened its first outlet in Singapore at Suntec City Mall. Located within Eat At Seven’s Japanese Food Street, Menya Kokoro serves up bowls of authentic mazesoba that aims to impress. I’ve only tried mazesoba once in Japan, and the sauce left a lasting impression. At Menya Kokoro, I tried the Original Tokyo Maze-Soba (S$10.80++/regular, S$12.80++/large), in hopes that it will be just as good.

The dish came with spring onions, chives and sous vide egg over a medley of minced meat, braised charsiu and ground saba fish. The best way to enjoy mazesoba is to mix the sauce, noodles and all the ingredients evenly. 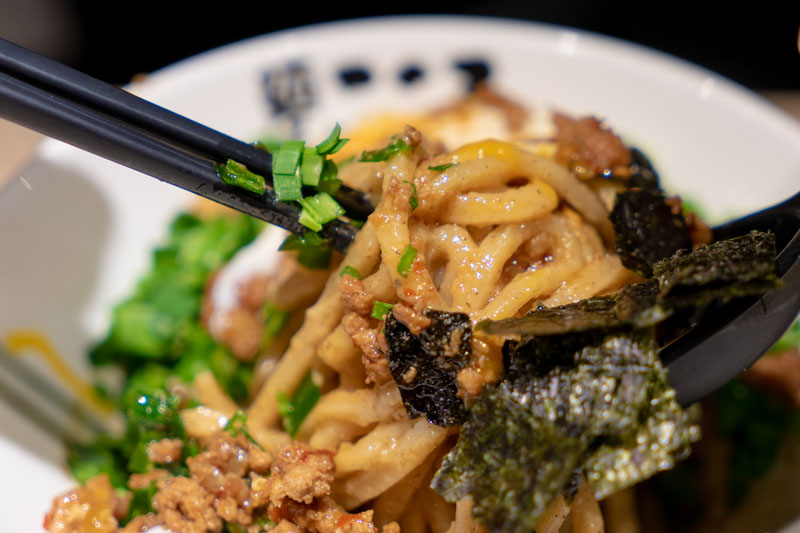 I noticed that unlike the usual thin ramen noodles, the noodles used here were quite thick. It was only slightly thinner than udon, and retained a chewy and springy texture.

The generous meat sauce was salty on its own and also added a burst of savoury flavour to the otherwise plain noodles. What impressed me was that the creamy sauce had distinct flavours of garlic and chilli that kept me wanting for more with each bite. Menya Kokoro’s special spicy oil is infused within the meat sauce, and promises that punch you’re looking for. I feel it’s better than the original, because I like my food with strong flavours and a spicy kick. If you find it too creamy, Menya Kokoro recommends having the mazesoba with a splash of their special Kombu Vinegar. The tangy vinegar helped to cut through the creaminess of the sauce, making the taste more well balanced.

This particular version of mazesoba reminded me of our local bak chor mee, especially with the kombu vinegar. 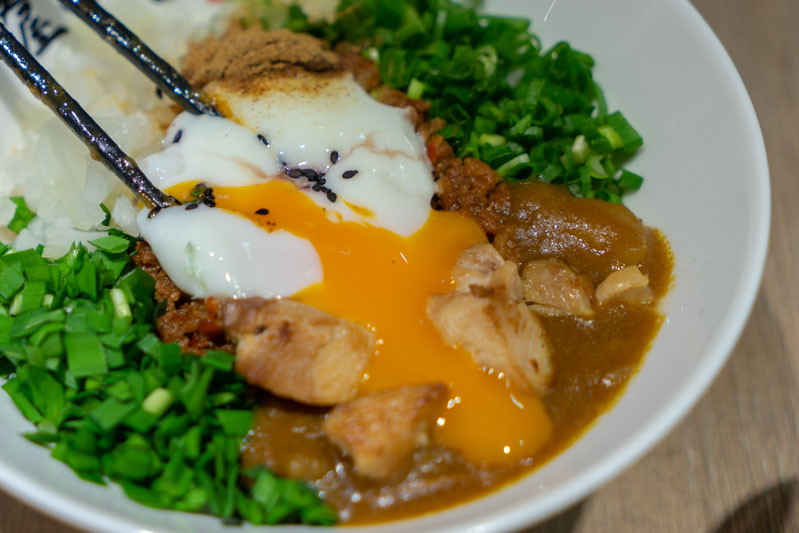 Not a noodles person? It’s alright because Menya Kokoro offers the Mazedon as well. We opted for the Curry Maze-Don (S$13.80++/regular, S$15.80++/large), based on the chef’s recommendations.

Initially, I thought this was going to be an ordinary Japanese curry dish — you would think the curry holds the most flavour in this dish, but what stood out was the meat sauce hidden beneath the egg. 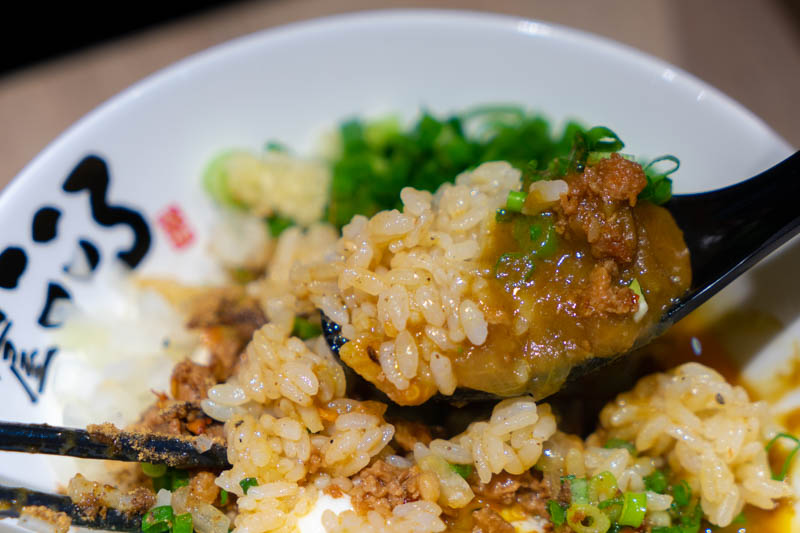 Mixing all the ingredients together may make the dish look less enticing but the first taste of it definitely left an impression on me. The curry lingered on my palate with its sweetness yet when I stirred it in with the savoury meat sauce, the dish exploded with umami flavour.

It reminded me of a simple home-cooked Chinese meat dish with rice. This was definitely my favourite dish as it left me feeling warm and full.

Apart from their mains, Menya Kokoro offers a small range of side dishes for sharing. I’ve never really thought that Takoyaki (S$4.80++) was something to rave about. Served in fours and topped with a generous amount of Japanese mayo and bonito flakes, this Takoyaki is something I would order again.

The crispy exterior was fried to perfection, and the meat within was warm and soft. Unlike some takoyaki balls that have a strong red ginger taste, the ones we tried had only a subtle hint of ginger to it. This might be a better option for those who aren’t fans of red ginger. 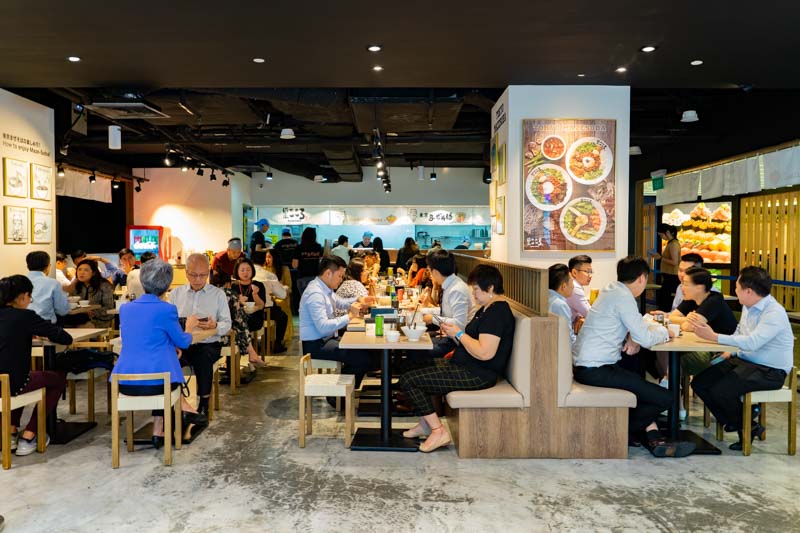 If you’re up for delicious Japanese dry noodles, head over to Suntec City one of these days to visit Menya Kokoro.

I would recommend that you go over slightly earlier if you want to avoid the lunchtime and after-work crowd.