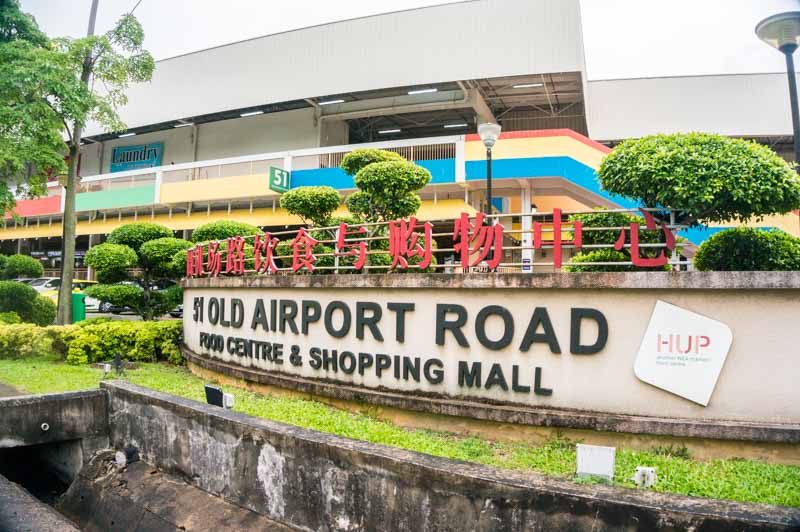 Old Airport Road Food Centre is one of the most famous hawker centres in Singapore and for good reason. With a plethora of delicious food available, it’s not hard to see why. 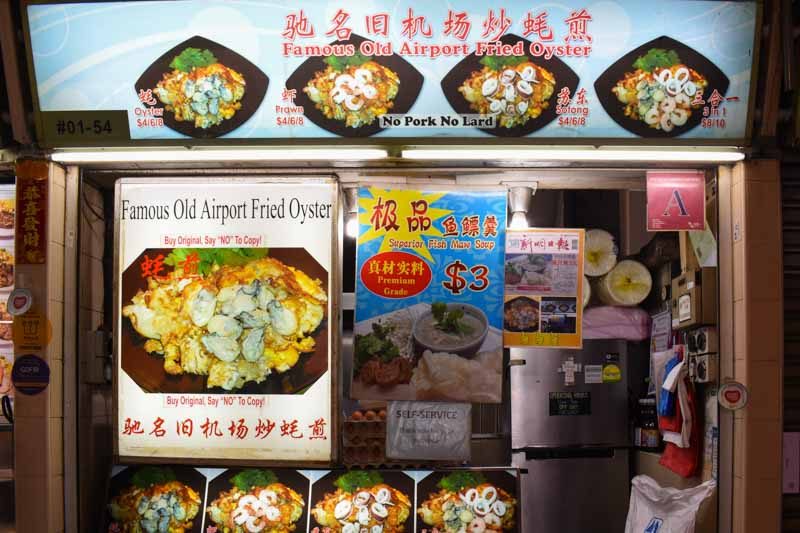 One of my usual go-to dishes is the oyster omelette there. I usually visit Famous Old Airport Fried Oyster for my oyster omelette fix. However, recently I discovered that there was drama unfolding with my favourite food stall there. Plastered across the signboard of the stall was a note exclaiming ‘Buy Original, Say “NO” To Copy!’. Seems really odd, right? But I brushed it off quickly as I thought it was meant to signify their authenticity. 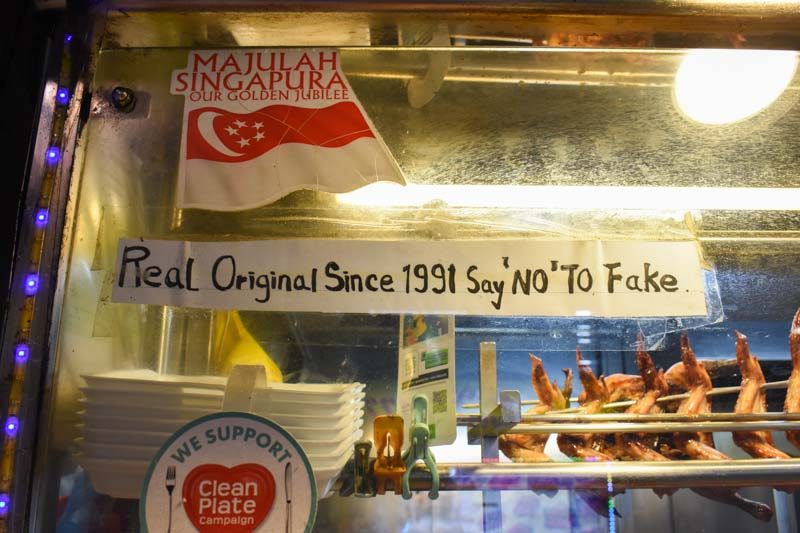 To my surprise, another oyster omelette stall directly beside it, named 佳龙美食 Famous Kallang Airport Fried Oyster also had a similar sign that read, ‘Real Original Since 1991 Say ‘NO’ To Fake’. I could immediately sense the tension brewing between these two stalls. The detective in me knew I had to get to the bottom of this.

First, I went to get the story from Famous Old Airport Fried Oyster. The owner (who refuses to be named, so we shall call him ‘Mr Airport’) rented the stall in early 2008. Back then, his neighbouring stall was another zi char stall. All went well for Mr Airport until 2009, when another fried oyster stall, 佳龙美食 Famous Kallang Airport Fried Oyster, moved next door and sold the same dishes as him. Mr Airport alleged that his rival had adopted a similar stall name as him upon moving there to steal his customers. Mr Airport was distressed when many customers that came to frequent him, patronised his rival store instead and complained about the food quality, in turn tarnishing the reputation of Mr Airport.

Furthermore, Mr Airport asserted that his rival copied his menu due to their poor business. They used to sell oyster omelettes and fried oysters only but added the same dishes similar to Mr Airport such as prawn omelette.

To protect his business, Mr Airport decided to put up the ‘Buy Original, Say ‘NO’ To Copy!’ sign. 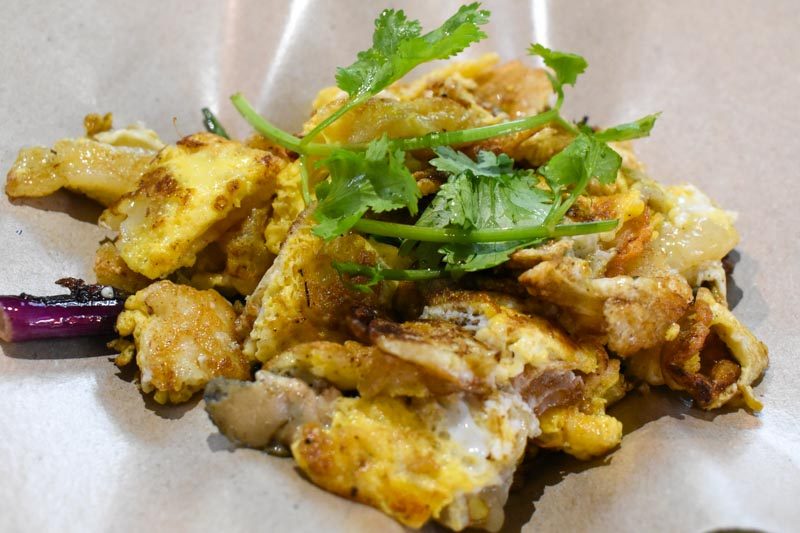 To compare the food standards of the two stalls, I ordered a plate of Fried Oyster (S$4) from Famous Old Airport Fried Oyster. His version is crispier than those found outside as the younger generation prefers it that way. I enjoyed seeing the hearty eggs and flour chunks, unlike the loose and scattered version commonly found outside. 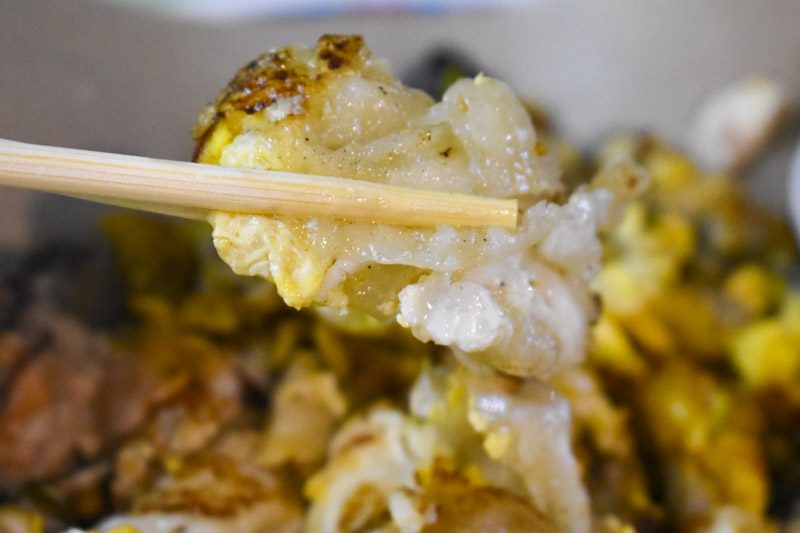 Each chunk of the fried oyster had a perfect proportion of egg and flour, along with decent saltiness. The flour pieces were not overly starchy and carried a chewy texture. 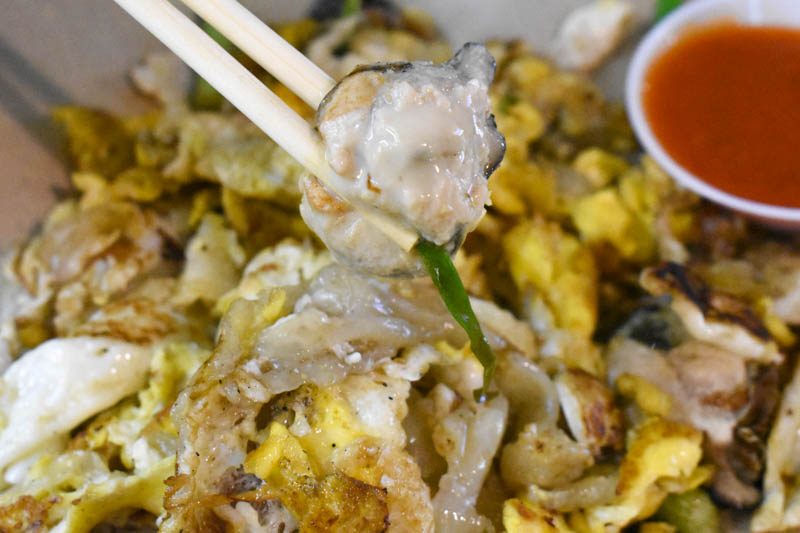 Though small, the oysters were fresh and fragrant. They did not have the dreaded rancid taste that many poorly-cooked oysters carry. 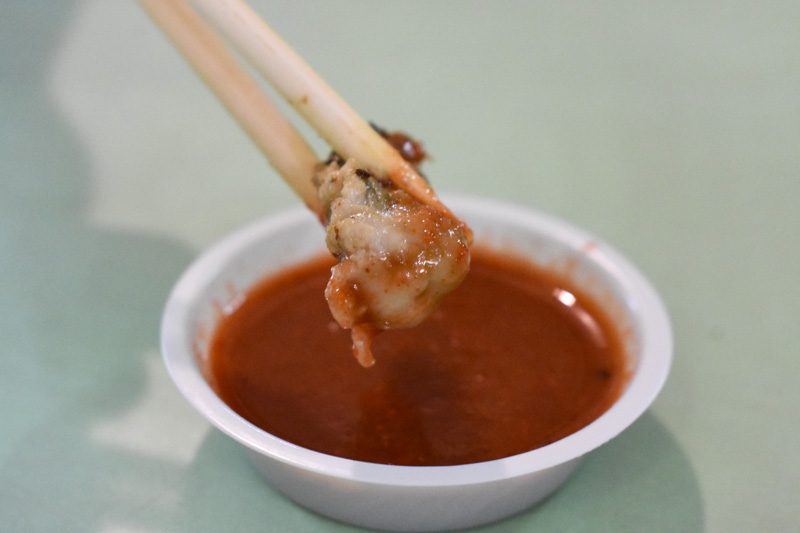 Dip the oyster in the chilli for a tangy appetising kick that will leave you craving for more. I did, however, feel that the chilli could use a little more spiciness.

I really enjoyed the fried oyster from Famous Old Airport Fried Oyster and it definitely gives those elsewhere a run for their money. Having tried the food of Mr Airport, it was time to find out the other side of the story from 佳龙美食 Famous Kallang Airport Fried Oyster.

The stall is helmed by owner (who also refuses to be named) Mr Kallang, who has been selling fried oyster at Old Airport Road Food Centre since 1991. Due to renovations to the hawker centre, he shifted to Circuit Road Food Centre for three years before shifting back to the current location in 2009. And that was when the rivalry began.

Mr Kallang defended himself by claiming that he was the original fried oyster stall and was the real victim of being copied. When questioned about the being accused of copying the other stall’s name, Mr Kallang said that his stall was always called 佳龙美食. He merely added an English translation which led to the adoption of “Famous Kallang Airport Fried Oyster”.

Furthermore, he believes that it is a very general name and did not deserve to be accused of copying. Food-wise, Mr Kallang did not copy Mr Airport’s menu. He mentioned that his stall stopped selling dishes like Fried Prawn Omelette and Prawn Omelette due to their low demand. After business picked up in recent years, he decided to bring those dishes back, only to be accused by Mr Airport of copying.

In retaliation to Mr Airport starting the sign war, Mr Kallang brought the matter up to the NEA authorities but to no avail. Hence, he adopted his own sign as well. 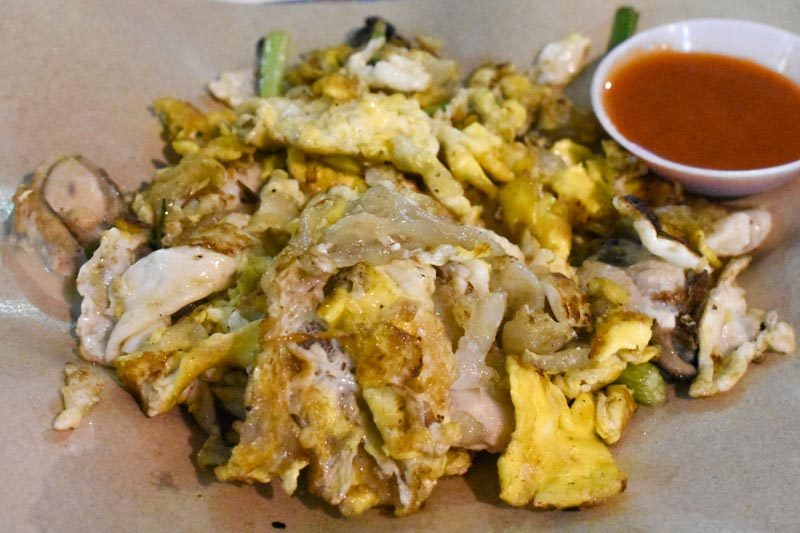 The Fried Oyster (S$4) of Famous Kallang Airport Fried Oyster has a messier outlook as the pieces were more scattered and less substantial.

The flour and egg pieces were fragrant with comparable taste to the rival stall. However, the saltiness was not consistent throughout the dish as certain parts were saltier than others. Also, because the egg and flour chunks were not hearty enough, the texture of the dish suffered.

The huge oysters in the dish raised my excitement and I was so eager to taste it. However, its taste was lacklustre compared to its looks and there was a watery rancid taste present that led me to raise the white flag after a single bite. 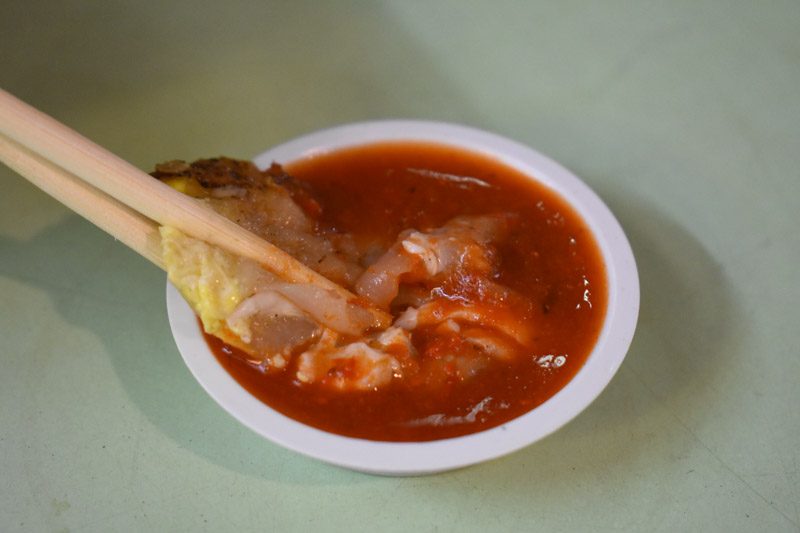 The best part of the dish was the chilli as its piquant flavours helped bolster the taste of the dish.

Comparing the taste of both stalls, I felt that the fried oyster at Famous Old Airport Fried Oyster edged out his rival’s rendition because of its chewier texture and fresher oyster. Ethically speaking, who’s in the wrong? I suppose allegations from both sides were valid given how they viewed the issue with a myopic mindset.

Mr Airport was unaware of the history of Mr Kallang had of selling fried oysters prior to moving to Old Airport Road Food Centre and should not have accused him of copying his menu without finding out the full story.

On the other hand, Mr Kallang could have talked through with Mr Airport about his sign before bringing up the matter to NEA. That’s just my two cents’. After hearing both sides of the story, whose side are you on?

Previous article21 Sliders: All-Time Bazaar Favourite Has Found A Home At An Art Space On Prinsep Street
Next articleHaoma: Sustainable Farm In A Restaurant With 9 Course Set Menu By Award-Winning Chef