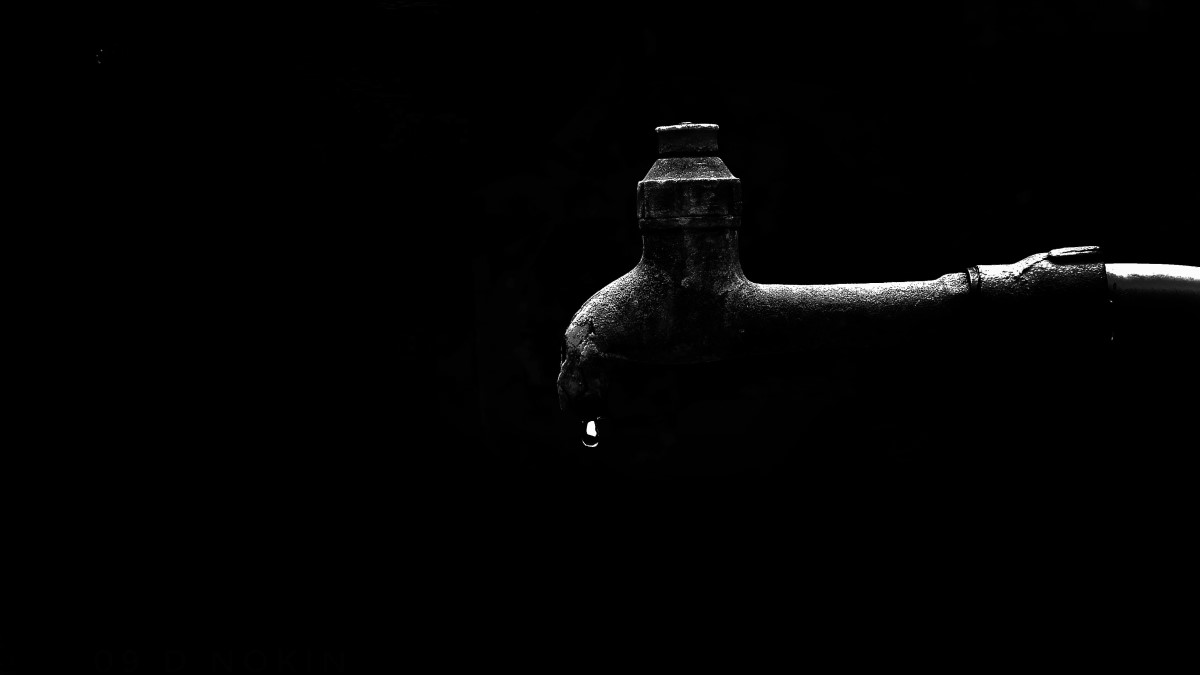 I’ve never understood the hype behind alkaline water, neither have I ever been swayed by its claims. As someone born and bred in Singapore, drinking straight from the tap comes naturally to me as taking a daily shower.

I’ve witnessed many households—both of friends and their parents—jumping on the bandwagon of buying an alkaline water machine for their kitchen, and consuming no other water but that (and boiled water).

My future mother-in-law owns one, and I’ve discussed whether we should invest in one with my fiance. I quickly shut him down citing cost (can you believe they can go to S$1,000 and beyond?) and aesthetics (because who really chooses to have a bulky water dispenser on your already-limited countertop?).

However, this theory that alkaline water is “cleaner and holds more nutrients” than regular tap water is a story that hasn’t seemed to die, and it’s about time we dissect this long-held belief so that, hopefully, there’ll be clarity on the matter. If you’re asking how alkaline water became a highly touted product, let’s first address what it is.

For one, alkaline water has a higher pH level (8 or 9pH) than most tap water, globally. Level 7 denotes a neutral pH, while a lower pH level signals that the water is more acidic.

Naturally occurring alkaline water can be found when running water takes minerals along with it from springs and rivers, as it meanders through nature’s canals. The version that urban residential dwellers are more familiar comes not from the belly of Earth but is sold by corporations hawking bottles of this supposed elixir or elaborate machines that dispense it.

Unknown to many, one can easily create alkaline water with simple ingredients such as lemons and baking soda. Alternatively, ionisers do a similar job by harnessing electricity to separate the water molecules into acid and alkaline, with the acidic water filtered away.

Alkaline water: The (purported) magic elixir of all ills

So, what exactly is the purported magic of consuming alkaline water?

There’s a steadfast belief that alkaline water can boost energy, hydrate better than tap water, aid in digestion, and possibly strengthen bones—because it neutralises acid in the body. Other medical claims suggest that alkaline water can slow down ageing as it contains antioxidants which aid in filtering out free radicals in our body, thus decelerating the ageing process of cells by keeping them healthy.

Some claims consuming it regularly assist in cancer treatment

A study published in the Journal of the International Society of Sports Nutrition discovered that blood and urine pH increased after participants drank mineralised alkaline water for two weeks compared with a control group who drank non-mineralised bottled water.

The study was later found to be funded by an alkaline water company.

As alkaline water’s primary purpose is to lower acidity in one’s blood, some claims consuming it regularly assist in cancer treatment. This belief is further solidified by the theory that neutralising the body’s low pH will starve any cancer cells as cancer cells thrive in an acidic environment.

The biggest issue with scientifically proving alkaline water’s efficacy is in its lack of evidence. But there is one concern that rings the loudest; artificial alkaline water—meaning that which isn’t procured from natural sources—often contains fewer beneficial minerals than advertised.

In fact, drinking too much of it may leave drinkers deficient in minerals. Also, a good percentage of this manufactured alkaline water doesn’t go through the same or even similar purification processes as regular drinking water, which can leave pathogenic contaminants behind.

Even if you choose to switch to an alkaline water diet for health reasons—like kidney ailments—there could be interference with your current medication, in which alkaline water has the potential to cause minerals to accumulate in your body.

Needless to say, choosing to consume only alkaline water will cost you a pretty penny. In Singapore, machines installed in our homes can burn up to a S$1,000 hole in our pockets, not including the cost of maintenance and filter changes.

In fact, drinking too much of it may leave drinkers deficient in minerals.

Selling alkaline water is to dangling a carrot While alkaline water’s discussion surrounds mostly around its health claims, there’s little insight into what makes it a sought-after commodity. In a country that spills potable water straight from the tap, why are people still seeking out water ionisers for their homes?

My theory has roots in Maslow’s ‘Hierarchy of Needs’, where water is valuable and indispensable to our survival. In many under-developed nations, water can prove to be more precious than gold, and it is this intrinsic worth that people have placed upon water itself.

It’s an almost open secret that the bigger game of branding plays into alkaline water’s allure, with aspirational lifestyle images and slogans clouding one’s better judgement. As with all lifestyle brands, they have managed to infiltrate our psyche to distort a need into a want, and that want is to be included into an elite group of people drinking “purer”, “cleaner”, and “healthier” water.

Consumers are also easily swayed by witty marketing and buzzwords, some masquerading as a smokescreen for little more than jargon and fear-based science. Therein lies the magic of alkaline water; spell out a few key perks of drinking it daily, and instantly consumers are pulled in to believe it’s an elixir to rid themselves of bodily impurities. Stage a campaign to mar the local water supply’s reputation, and suddenly you have an inundation of queries for a domestic water ioniser.

It is exactly this fear of “polluting” our bodies that triggers the success of the alkaline water industry, and one that sees no relenting in the near future.

If you’ve reached the end of this argument, still not swayed by the false claims of alkaline water, I feel it’s best you perform a quick Google search on miracle cures that have come from steadfast consumption of it. Have there been any that’s been officially documented in scientific journals? How many, and if so, who are these studies funded by?

There’s a slightly higher level of self-awareness that is required when it comes to this product because, on the one hand, it’s revered as a magical elixir that can delay sickness, and on the other, it comes dressed in the mundanity that is water.

Ultimately, I believe it is an elaborate hoax—one that lies in perception and faith.

If one perceives (and believes in) this product’s efficacy to be worth the cost, then one will undoubtedly see its value. Call it blind faith, if you will, but we cannot deny that there are many things in this materialistic world in which we place an unrealistic—or perhaps even a romantic —virtue upon. Not least of all water, especially when it’s easily accessible in our homes through a quick turn of a tap and does not even require boiling for safe consumption.

But if your faith and belief in alkaline water remain undeterred, then as a consumer, I would readily say that that’s your prerogative. After all, the free faculty of choice means that only you can decide what goes into your body and what doesn’t.

Set your presumptions more realistically and perhaps, only then would I concede that alkaline water, though unnecessary, is inherently harmless and but another passing lifestyle fad.

MOONBOW, Dempsey: “Well-intentioned, but the menu leaned too heavily...

Unhappy with your chicken? Exchange it for a new one with KFC’s latest policy

New in town: Burock Cuisine, Bedok — Now, you can get Ramly Burgers anytime you want

Unhappy with your chicken? Exchange it for a new one with KFC’s latest policy

New in town: Burock Cuisine, Bedok — Now, you can get Ramly Burgers anytime you want