Mother’s Day might be over, but that just means that Father’s Day is fast approaching — if you’ve been wracking your brain for ideas on where to bring your father for dinner, especially if he enjoys Chinese food, Peach Garden at Thomson Plaza has you covered with its new 15th Anniversary A La Carte Menu. Since I was young, I’ve harboured an intense dislike for bitter gourd and have never been able to understand why my parents enjoy the vegetable so much despite its bitter taste. So when I was served the Chilled Sliced Bitter Gourd with Sour Plum Sauce ($12), I was a little hesitant to try it.

To my surprise, the slices of bitter gourd weren’t bitter at all thanks to the tanginess of the sour plum. The taste was reduced to a slight bitter note, and it was more refreshing than anything else. The Fried Prawn with Blueberry Sauce ($24) was another surprise; lightly battered prawns were fried then mixed with a sauce made with blended blueberries and mayonnaise. The blueberry taste was prominent, but it was savoury and paired oddly well with the freshness of the prawns.

The shell made from spun sugar was an interesting touch, and it didn’t add much sweetness to the dish when I decided to sneak a bite of it along with the prawn. 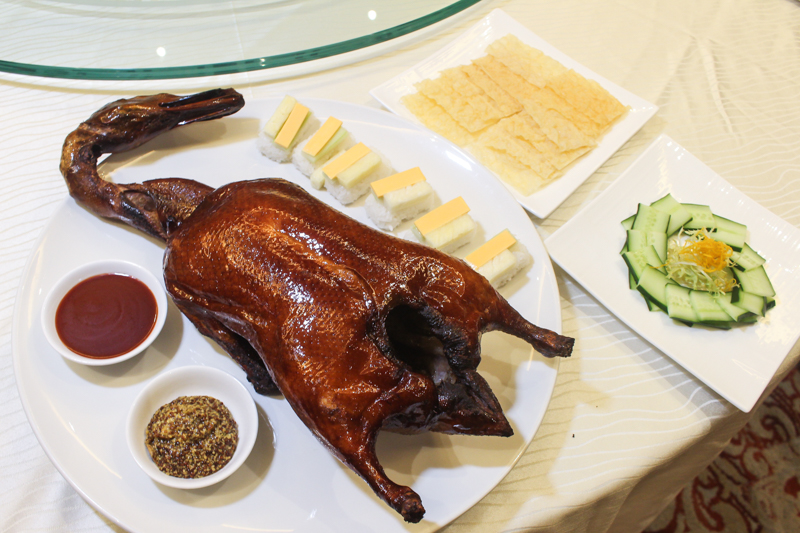 Peking duck is a common sight at Chinese restaurants, but what about Peking Duck Sushi ($68 for whole duck)? Served two ways, I thought it was an ingenious twist to the classic Peking duck dish — the first way to eat it is to pair the duck with sushi rice, cheese, cucumbers and pineapple. The mustard seed dressing gave the dish a tanginess that was balanced by the sweetness of the pineapple.

The second way is to have it with beancurd skin replacing the thin crepe. I particularly enjoyed that the beancurd skin added a nice crunch while retaining the flavour of the original dish. My favourite dish would have to be the Smoked Live Prawn with Chinese Wine in Bamboo Basket ($9 per 100g). Smoked with a mixture of thyme, tea leaves and rice, the prawns were doused with Shaoxing wine before being flambeed. This resulted in an extremely fragrant dish where I could taste both the wine as well as the thyme used during the smoking process.

The prawns were also big and fresh, with a natural sweetness that contrasted against the taste of the wine. As compared to traditional prawn dishes that are steamed or boiled, I much preferred this cooking method. 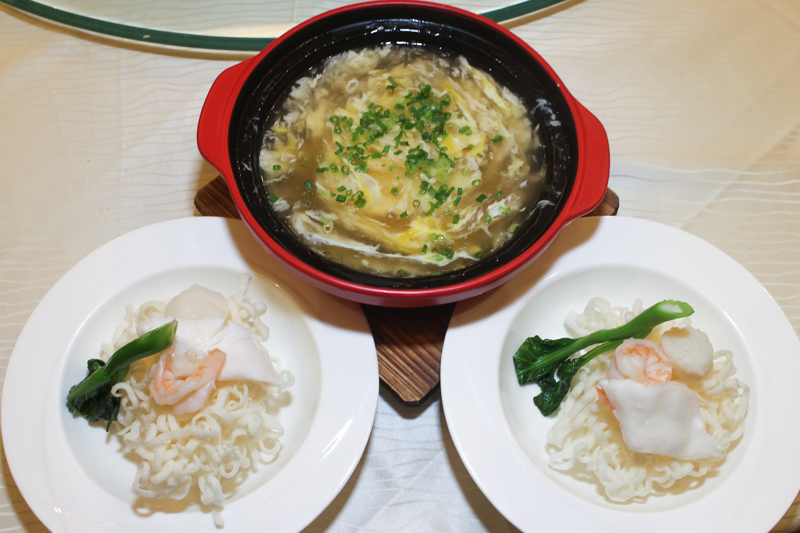 For people who enjoy noodles, the Crisp-fried Hor Fun in Seafood Gravy ($24) is an interesting take on the traditional hor fun. Ladling the thick gravy out onto the bowls with noodles in them, I started hearing a crackling sound as the noodles started to soften. Not the regular rice noodles used for hor fun, these were deep fried before being served.

Once sufficiently softened, the noodles had a spongy texture that was certainly unique. Combined with the fresh seafood, this was a delicate tasting dish that will entice both young and old. The Fragrant-scented Fried Brown Rice ($22) was cooked with Jasmine and Osmanthus flowers, and I found myself leaning in to inhale the fragrant aroma the moment the lid was lifted off the pot.

Served with bits of crispy rice and chunks of prawns and scallops, this dish is insanely filling due to the fiber content of the brown rice. 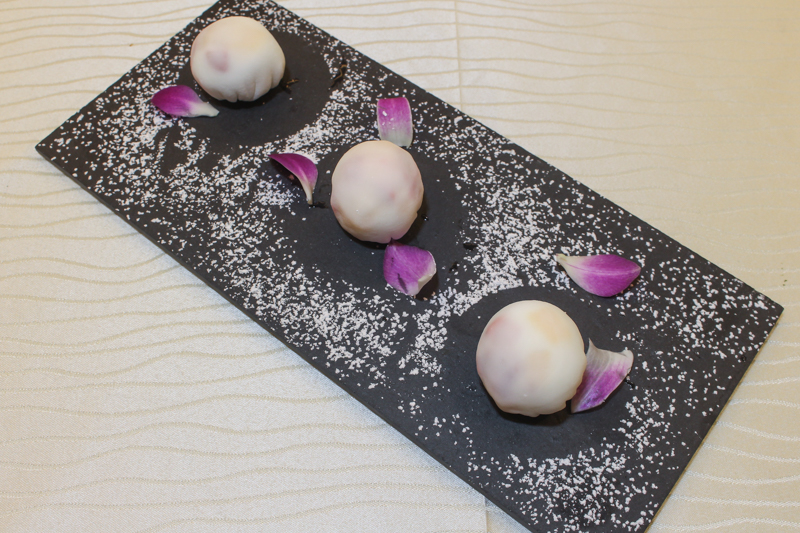 Ending with Mochi ($2.50 per piece), the dessert was entirely handmade, and I was impressed with how thin the skin was. You’ll find the filling made with mixture of Chantilly cream, mango and strawberry cubes. The cream was light and sweet, thanks to the mango and strawberry. If you’re a durian lover, the Deep-fried Durian Tempura ($8 per piece) is something that you die die must-try. Made with D24 durian, the paste is encased within a light batter. I was pleasantly surprised that the paste wasn’t as pungent after being cooked, and the texture was much smoother from the blending of the durian flesh before cooking.

We thoroughly enjoyed every dish that was served at Peach Garden, so be sure not to miss them out. Peach Garden has extended a discount specially for SethLui.com readers. All you’ll have to do is head on down to Peach Garden at Thomson Plaza and present this article for 20% off the 15th Anniversary A la Carte Menu with a minimum spend of $50 before taxes!

*This post was brought to you in partnership with Peach Garden. Swissôtel Merchant Court: Pamper Yourself With A Luxurious Weekend Getaway At...