Pondok Makan Indonesia: The Only Malay Hawker In The Michelin Guide At Bugis

This humble Malay stall in Bugis has gotten inscribed into the history books, joining the pages of the much-esteemed Michelin guide. Pondok Makan Indonesia‘s cult following among the core Singaporean Malay community has garnered them a reputation for being one of the best places for Malay food.

No fancy equipment here — just a labour of love the owner tells me. Every dish is put together by hand, from the pick of the freshest ingredients sourced at the local market to the consistent quality that they pride themselves in. However, the pains taken to achieve it are simply the daily processes of work. 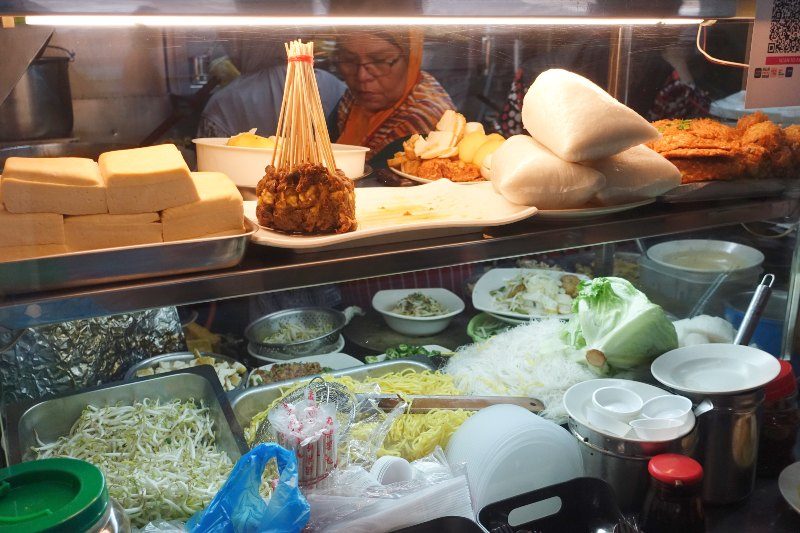 The owner wakes up at dawn every day to be one of the first people at the market to receive the best produce, right at the time where they would come in. She goes straight to work in preparing for breakfast, where they would expect a dedicated group of loyal customers to show up.

At 8am, she officially opens the shop with a breakfast menu serving up Lontong (S$3) and Mee Rebus (S$3). The stall’s helpers will takeover transactions and portioning, as she heads back into the kitchen to prepare for the full menu at lunch. 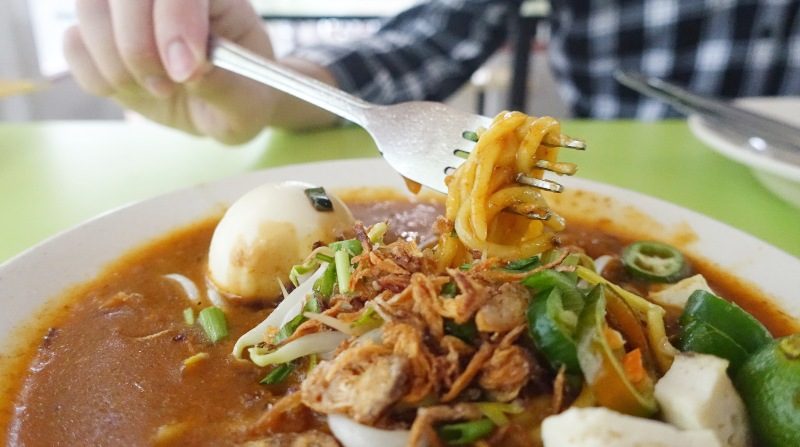 We ordered Mee Rebus (S$3) to sample the breakfast menu and took our seats on one of the five free tables at 11am. It doesn’t get going until just right before lunch, she told me.

The Mee Rebus recieved a little squeeze of lime and then we tuck in.

The gravy had a velvety-smooth consistency and gripped onto noodles well as it was carried into my mouth. The broth had a muted nuttiness and carried varifying tones of sweetness. The green garnishes brought freshness with a layer of crunch that complemented the other elements of the dish. It was good. 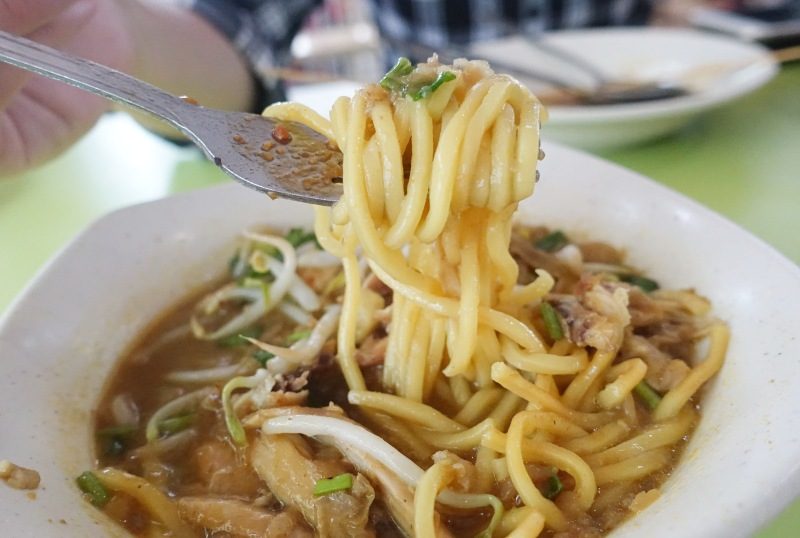 The Mee Soto (S$3) came next and the yellow mee noodles came prepared similarly to the dish before. A quick blanch in boiling water and then placed into the bowl with the chicken broth retained the springiness of the noodles.

Topped with shredded chicken and green garnishes, the mouthfeel of the individual ingredients combined well for different textural chews. 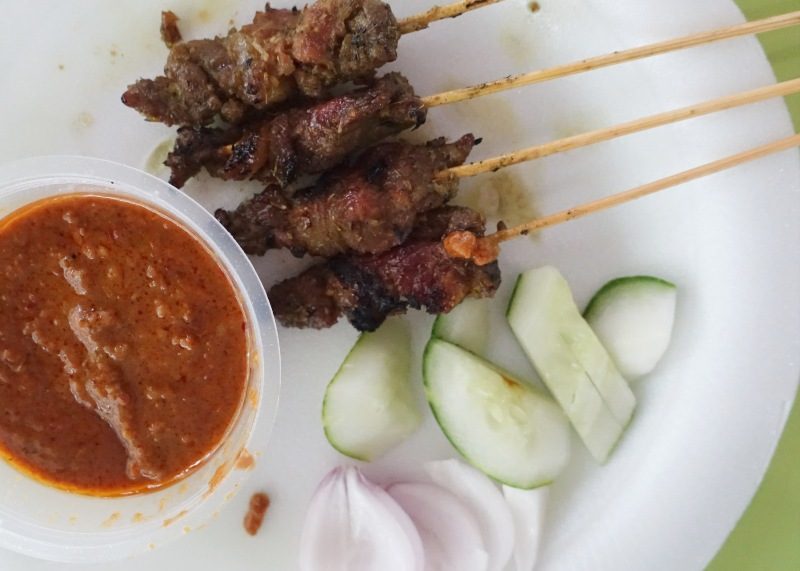 The Michelin guide description said to have a go at the mutton satay and so we did.

The stall actually began as Indonesia Satay & Soto in the 1960s, moving all the way from Orchard carpark to its current location at Queen Street. They had been specialising in satay for over 40 years, perfecting the recipe that had been passed down from the owner’s father. We had 10 sticks of the Michelin guide-recommended entree. The Mutton Satay (S$6/10 sticks) was the one that really impressed me the most. The mutton really shone on its own, not needing much of an intense spice influence as other satay brands, who typically use it to mask the characteristic mutton gamey-ness.

The meat was also extremely tender and flavourful, attributing to higher fat-to-meat ratio. The satay almost had a melt-in-your-mouth quality. 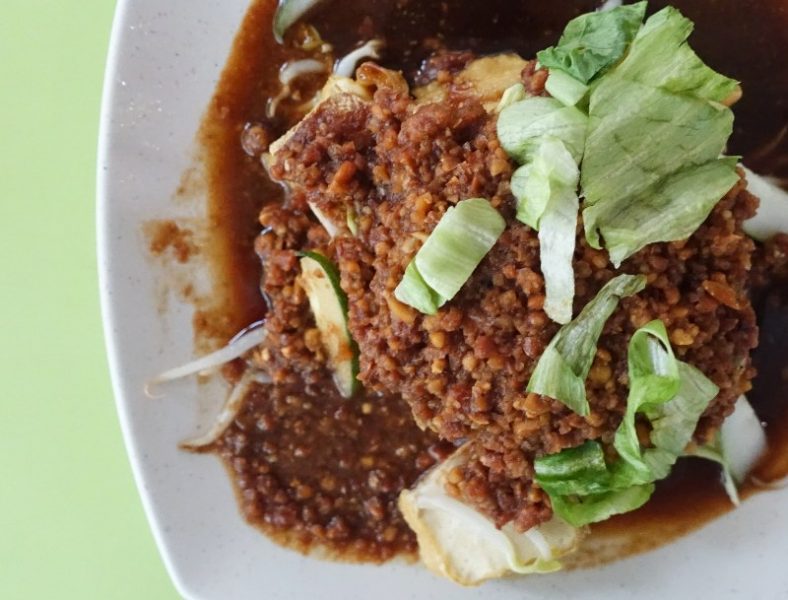 The owners told us of the crowd favourite Tahu Goreng (S$3) being extremely popular with people of all backgrounds. The gravy that comes with it features grainy peanuts in a blended sauce-mix. There is a sweet element that really comes through to enhance the freshness of the other elements.

The absorbent tofu soaks the sauce favourably for a delicious mouthful. 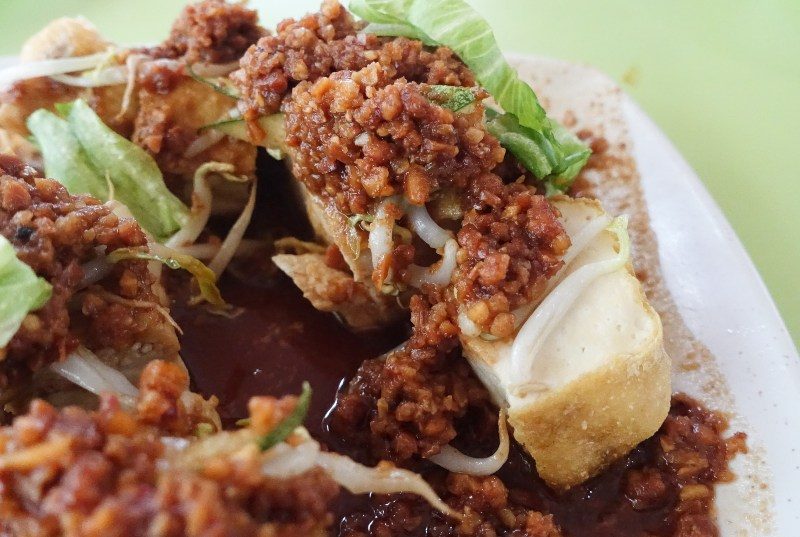 The second generation hawker deserves its place in the Michelin guide. She is extremely candid when discussing the accolades and shies away so slightly. She tells me she doesn’t care for any of these and that she only tries her best — she’s just happy people like her food.

If I could sum it all up, she makes food just like my mom: with love.