Now that you know cake flour is what is going to give you light and airy chiffon cakes and you can differentiate between kai lan and chye sim, it’s time for another instalment of Produce Explained.

This time, we are tackling one of the essential elements in the kitchen: salt. Salt has been around since the start of civilisation, and I’m not being hyperbolic.

From the otherworldly salt flats (Salar de Uyuni) of Bolivia to the ancient salt mines of Maras Peru, salt is as essential as it is magical.

As one of the oldest of all seasonings, it’s what gives food that electric zing that keeps you coming back for more. Just imagine what sprinkling crunchy, flaky sea salt can do for a fantastic cut of beef.

Salt is no dowdy sidekick to pepper or the antithesis of sugar. Salt is in a legion on its own and ever so diverse. Ubiquitous in every kitchen and crucial in accentuating your food, it is therefore vital to learn all you need to about salt to become a better eater and ultimately a better cook.

As it turns out, not all salts are made equal. Salt can be classified broadly into three categories, sea salt, rock salt and fine salt. Within those categories, you’ll find that there are variants within each section as well. There’s much to explore in the world of salt, so with a well-poised hand ready for sprinkling, let’s find your salt bae. 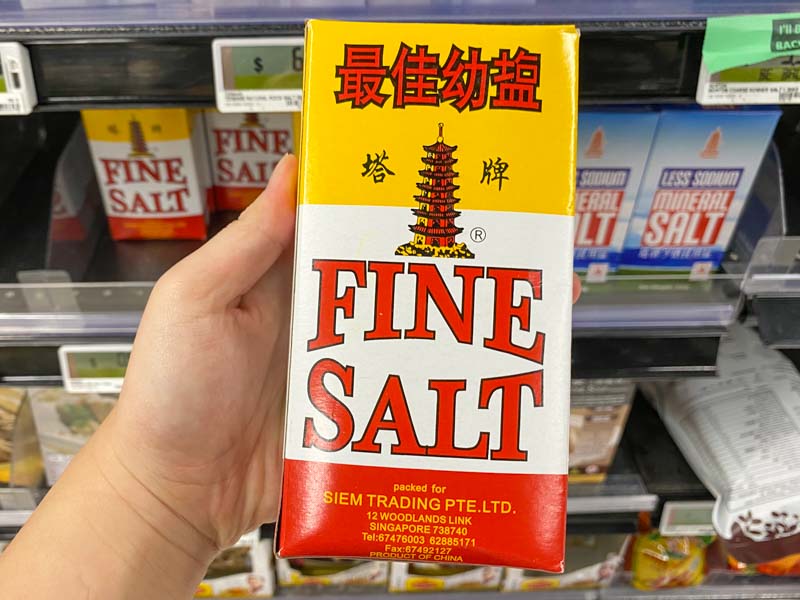 One of the most common salts you can find, this fills those shakers in restaurants and at home.

You’ll notice that table salt has a distinct and uniform cubic shape. Table salt is smaller and denser than other salts, which makes it a lot saltier. So, portion those teaspoons carefully.

This is due to the fact table salt is crystallised in a vacuum, giving rise to this homogenous shape. Sometimes, you’ll find labels on table salt that say ‘non-iodised’ or sometimes ‘iodised salt’. The reason for that was because there was an iodine deficiency way back in 1924, so salt makers started adding iodine to their salt.

Now, we can get our iodine from other sources such as seafood. Which means there is no need for iodised salt, especially since it gives a slightly metallic taste when added to food. From everything to baking to cooking, table salt can be used in nearly everything. Since table salt is uniform in shape, it is easier to measure how much you need in by volume. Not to mention, this salt is also more inexpensive and readily available.

That being said, table salt tends to be overly salty and contain anti-caking agents to prevent clumps. Not that they’re harmful to you, but you want your salt to be as pure tasting as it can be. The purer the salt, the better your food will taste. Use table salt if you’re in a pinch or when you’re baking but otherwise, I suggest to skip it.

As the name suggests, sea salt is salt that is derived from the ocean.

You can find sea salt in fine- to medium-sized crystals in the supermarket, and you can use that for everyday cooking. Sea salt is made by boiling down ocean water until those salt crystals form.

Since sea salt comes from the ocean, it contains a few more trace minerals than table salt and has a much cleaner taste.

Because fewer granules are packed into the same volume, sea salt is surprisingly not as salty as table salt. Therefore, when it comes to seasoning your meats and even pasta water, make sure you use a liberal amount.

As the somewhat serious home cook, I would suggest that you switch out your table salt for sea salt.

It doesn’t have to be the expensive kind, as long as it’s sea salt that would do. Use this for cooking, baking or anything that requires salt. I promise your food will taste better

Aaaah, a salt that is well worth its salt. French for ‘flower of salt’, Fleur de sel is the cream of the crop. This natural sea salt is harvested by evaporation of special salt beds from coasts of Brittany in France.

How you get Fleur de sel is by extracting the crystals from the top of saltwater ponds on sunny, dry and slightly breezy days. Not only that, but it also has to be done with a traditional wooden rake.

There is a lot of artistry that comes with this salt. What you get is papery and delicate crystals with a light, briny flavour.

If you have acquired a jar of these beautiful crystals, I’m guessing it probably costs a pretty penny as well. Hence, you wouldn’t want to waste this precious commodity by adding it to pasta water or seasoning your stir-fry where the flavour would be lost.

Instead, use fleur de sel as finishing salt, a special little something to intensify the flavour of your food. Since this salt resists dissolving, it will still hold its shape on top of sweet heirloom tomatoes, sticky desserts and even an afternoon caesar salad for that delectable crunch.

Sel Gris is the “emo“-cousin of bright and dainty Fleur de sel. French for ‘grey salt’, this salt has a greyish hue and an irregular crystal structure.

You can find these finely ground or in crystal form in the supermarket.

These are hefty, moist crystals that have a somewhat ‘wet’ appearance. You get sel gris from the same salt pans Fleur de Sel but from the bottom instead, which are rich in mineral deposits. With crusty flakes, expect concentrations of minerals such as calcium, iron, zinc and magnesium. This, in turn, translates to a more complex and briny flavour profile.

With a high concentration of minerals and a tantalising crunch, sel gris is best used for more robust dishes such as beef, or if you have more on hand, you can even season your pasta water. If not, any hearty vegetable dish should benefit from a shower of sel gris.

Maldon salt is another prized treasure that chefs everywhere and even Gwyneth Paltrow praised.

Maldon salt is another form of sea salt. Unlike fleur de sel or sel gris that is harvested in France, Maldon salt is made in the coastal town of Maldon, England.

From the English marshes of Essex, Maldon is a family-run business that has been producing salt for a whopping 135 years.

The iconic pyramid shape and flakiness are what characterise Maldon salt. What’s more, Maldon Salt is not as salty as other salts so that it won’t overpower your dishes. Maldon salt would have a cleaner taste than fleur de sel or sel gris, which are marked by their high mineral concentration.

Maldon salt is strictly a finishing salt; you don’t want to waste any of it with soups or sauce. Their trademark large flaky pyramid-shaped salt flakes make them great on chocolate chip cookies or fudgy brownies. 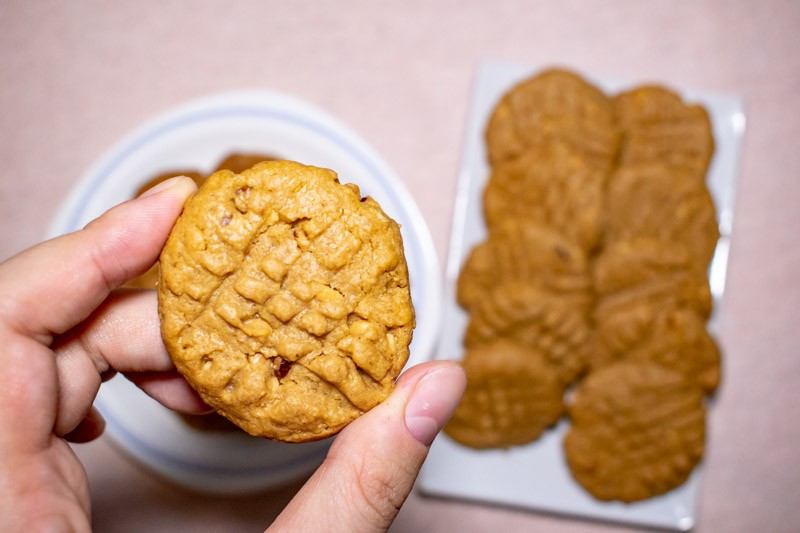 You’ll want your Maldon salt to be the star of your dishes rather than play a supporting role. Try sprinkling a handful of Maldon salt to elevate one of our Simple stay home recipes such as the 3-Ingredient Flourless Peanut Butter Cookies or the  2-Ingredient Chocolate Souffle

If you visit any bougie or organic store, chances are you’ll see a giant pink rock either on display or where the spices are. That is the almighty pink Himalayan salt.

Pink Himalayan salt is your perfect example of rock salt. This means that unlike the usual techniques of harvesting that Fleur de sel or Maldon salt is derived from, Himalayan salts are found as giant salt deposits in salt mines underground, in the Punjab region of Pakistan.

Pink Himalayan salt contains 84 minerals that are also found in the human body.

Moshio salt is a special one. Hailing from the Land of the Rising Sun, moshio salt is unlike any that you have tried before. If you thought Maldon salt was expensive, this one takes the cake. This beige salt is produced off the coast Hiroshima and promises an umami bomb like no other.

One of the earliest known sea salt dating back 2,500 years, moshio is made with one of the many treasures of the deep-blue: seaweed. Hon’ dawara seaweed to be exact. The seaweed is raked by salt makers and dried before soaking them in saltwater vats and boiled in a clay or iron pot.

After being sieved by hand, these crystals are then combined with the seaweed. What you get is rich, well-rounded umami-laden salt that you reserve for only special occasions. 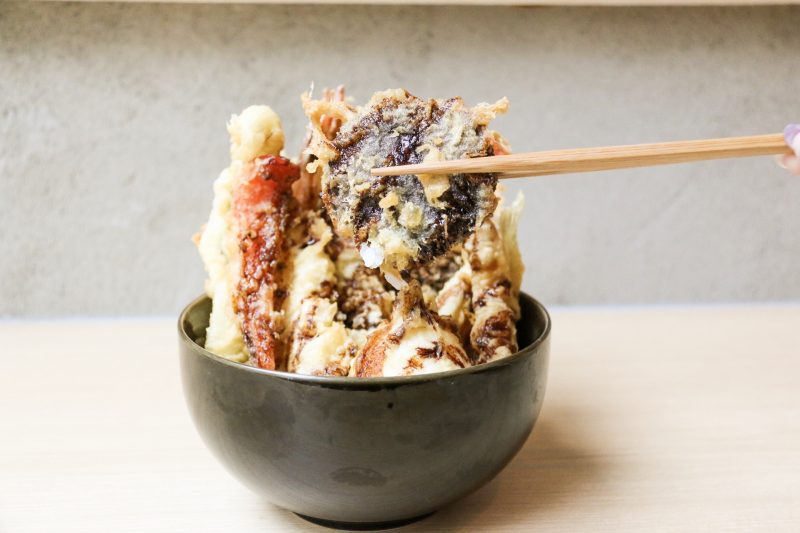 You can find moshio salt garnishing most Japanese dishes like tempura or atop a steaming bowl of udon, but you can use it on anything.

I must admit that moshio salt sounds rather highfalutin, but do not be intimidated. Just like that bottle of vintage you save for special occasions, the same goes with Moshio salt.

Take this out when you truly want to impress and leave your guests of your dinner party wanting more. Or if you’re going to jazz up your everyday fried chicken or even some jammy eggs—you’ve got a winner.

This list is by no means exhaustive, but I hope this list manages to crystalise some ideas about salt.

There is so much to explore with salt, and if you are interested, I highly recommended Samin Nostrat’s ‘Salt, Fat, Acid, Heat: Mastering The Elements of Good Cooking’, where she expounds more about the practical uses of salt—if not, her Netflix series by the same name is also excellent.

Or if you are a food nerd like me, Mark Kurlansky’s ‘Salt: A World History’ goes more in-depth into salt, including the mythology behind this element. After all, as the great James Beard said, “Where would we be without salt?”.