Possibly the oldest grain ingredient used today, rice is a commonly consumed staple around the world especially in the southern and eastern Asia region. Well-loved by many due to its versatility, ease of preparation, nutrition and more importantly its taste, rice lends itself to a limitless amount of recipes.

From Chinese, Japanese to Indian cuisine, be it a bowl of homemade Salt & Pepper Shrimp Fried Rice or a plate of curry-laden nasi briyani, rice incorporated into a main dish or simply served on the side provides comfort and satiety.

Since we will probably be using this ingredient constantly in our kitchen endeavours this ‘Circuit Breaker’ period, be sure to think twice and read your recipe carefully. Given that each type of rice has its own distinct taste, texture and properties, let us learn a little more about the different types of this ancient grain before we whip up a feast using it!

Broadly categorised into three categories, we can determine the characteristics of rice base on their grain length—short, medium and long. Short-grain rice which is similar in length and width takes on a sticky texture when cooked. Medium-grain rice has a length approximately twice its width and absorbs moisture easily whereas long-grain rice that is three to four times its width, takes on a dry and fluffy texture.

Possibly the most common rice used in the Southeast Asia region, jasmine rice is a long-grain variety grown primarily in the highlands of Thailand, Laos and Vietnam.

Named after the nectarous-smelling jasmine flower, jasmine rice exudes a delicate floral and buttery scent similar to that of freshly popped popcorn. When left to sit in storage, its aroma dissipates over time and as such, many chefs prefer to use fresh harvest of young jasmine rice. Soft and fluffy after it is cooked, jasmine rice is slightly sweet and toasty in flavour. It’s taste however is not too overpowering making it a good accompaniment to intensely seasoned dishes. 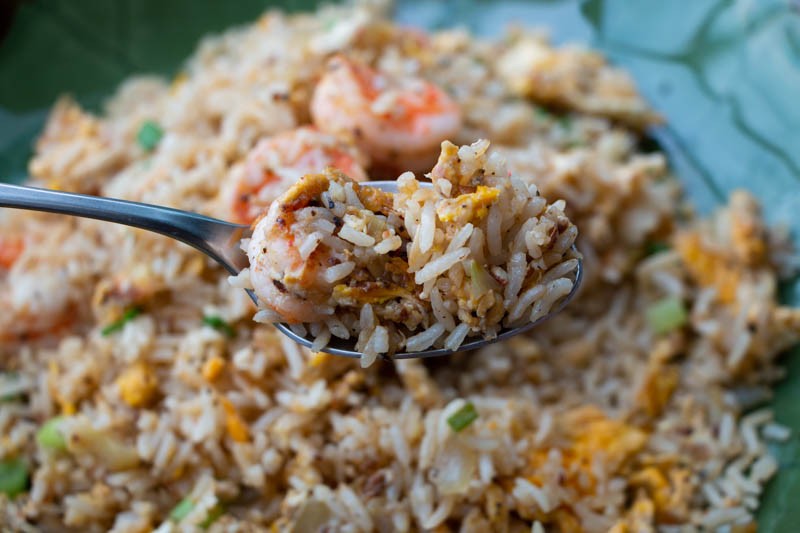 Slightly dry in texture and easy to manoeuvre in a pan, overnight jasmine rice is often used to cook fried rice in Chinese cuisine. When freshly made, they are ideal for eating with stir-fried dishes as well as dishes that are braised or heavy laden with gravy.

Believed to have been cultivated in the Indian subcontinent for centuries, basmati rice is easily determined by its long and slender shape. To date, India accounts for the majority of its exportation, followed by Pakistan.

Cooked basmati rice imparts a distinctive spicy and nutty fragrance. Its grains remain long and separated allowing spices to thoroughly permeate and be infused. According to research, basmati rice is said to have a low to medium glycemic index as opposed to jasmine rice. Thus, they are considered to be a better option for diabetic consumers and those who are watching their blood glucose level. This variety of rice is quintessential to Indian and Middle Eastern cuisine. Its slightly musky flavour is able to enhance the fragrance of spice, making basmati rice a good choice for briyani or other spiced rice recipes.

The most popular type of Japanese short-grain rice, uruchimai are pearls of round and translucent rice grains grown usually in rice fields of Japan. Under the microscope, these opaque grains have a powdery starchiness encasing the endosperm, giving it its characteristic stickiness.

Unlike other variants of white rice, uruchimai has a sticky consistency and a slightly creamy texture. This short-grain rice is loved especially in Japan for its sweet, nutty taste and chewy mouthfeel. 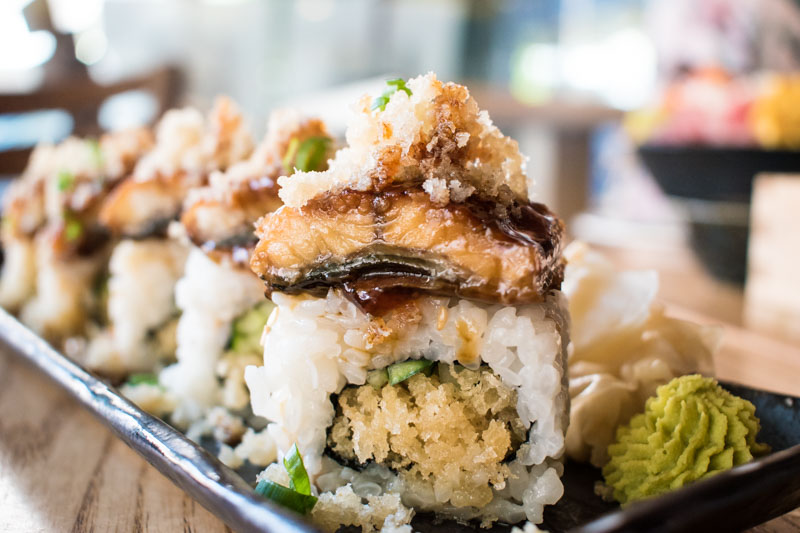 Uruchimai’s texture and flavours make them the ideal option for sushi and onigiri (Japanese rice balls) as the grains are able to easily adhere to each other. Besides that, premium varieties of uruchimai can also be used to produce Japanese speciality rice wine—sake.

Mainly grown in Southeast and East Asia such as Laos, Thailand, China, Japan and Korea, glutinous rice comes in long and short-grain varieties. These rice grains are opaque and have a powdery feel as if they are individually dusted with chalk.

Starches such as rice are made up of varying proportions of amylose and amylopectin—molecules that eventually determines the texture of rice after they are cooked. In contrary to other species of rice, glutinous rice has almost no amylose and high levels of amylopectin, resulting in its gelatinous and sticky quality after it’s exposed to heat. 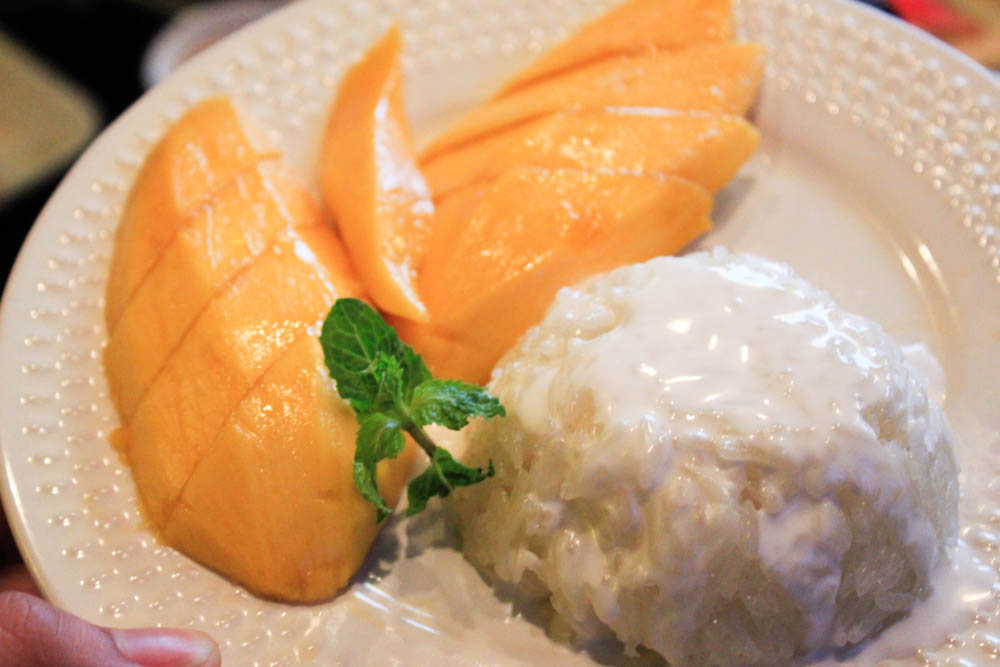 Due to its unique sticky texture and chewiness, glutinous rice is very versatile and thus, can be used in both sweet and savoury dishes. In its grain form, they are used in snacks such as glutinous rice dumplings, and mango sticky rice. When ground into rice power, they are often used to make a variety of kuehs and mochis.

Named after the area in Italy where the grain was originally cultivated, arborio rice is a variety of Italian short-grain rice. Short, fat, oval-shaped with a pearly white exterior, arborio rice is one of the most commonly used species in Italy.

With higher amylopectin to amylose content, arborio rice is thus firm, chewy and creamy after it is cooked. As this variety of grain undergoes less milling than ordinary long-grain rice, it is able to retain high levels of natural starch content, giving it a starchy taste that blends well with other flavours and spices. Arborio rice’s rich and creamy consistency allows the grain to effectively absorb moisture content when it is cooked. The rice is most often used for risotto as it can easily soak up the flavours of the broth it is prepared in. Arborio rice can also be used to make other types of dishes that require plump, creamy rice such as rice pudding, and even paella.

Exactly the same as white rice, brown rice is, in fact, whole-grain rice with its bran and germ intact. As such, they can also be easily found in all three categories of rice.

Retaining its nutrient-packed bran and germ, brown rice contains higher nutritional value as compared to its highly processed counterpart, white rice. Due to the presence of the bran which contains a small amount of oil that can turn the grains rancid, brown rice usually has a shorter shelf life. Since brown rice is not polished, its exterior is fibrous and rough after cooking. However, it has a distinct deep nutty taste that is flavourful and filled with the woody fragrance of the wheat when eaten alone. Due to the bold flavours of brown rice, they are often eaten in accompaniment to other dishes. They can easily be used as a replacement of white rice like jasmine rice as a healthier carbohydrate alternative.

Known in ancient China as the ‘forbidden rice’ for its rich health benefits and powerful medicinal properties, black rice has a deep black colour and turns into a deep purple shade after it is cooked.

Highly nutritional, black rice’s high anthocyanin content gives it its characteristic intense colour and powerful anti-oxidant nature similar to those of blueberries and blackberries. When cooked, this species of rice exudes a nutty caramel flavour and is slightly crunchy in texture. 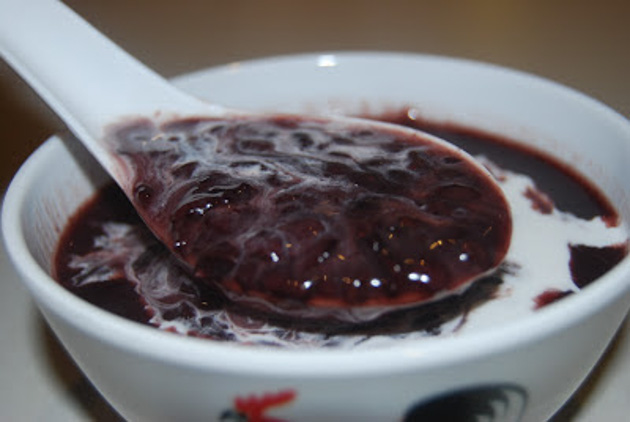 Slightly gelatinous, black rice’s nuttiness makes them a delight even when eaten alone. This grain also goes well with curry and can be made into desserts such as pulut hitam.

Doing our grocery runs during this on-going ‘Circuit Breaker’ period might not be as smooth sailing as before; shelves of common necessities are sometimes empty and as a result, we often have to seek alternatives. Hopefully, our articles from this Produce Explained series will be able to shed some light onto common ingredients that we often use and help you seek out an appropriate alternative!