I don’t know what it is about mookata that’s so appealing — perhaps, it’s the endless abundance of meat, or the camaraderie of cooking with friends, or perhaps it’s really the sauces that set it apart from your pedestrian BBQ session. 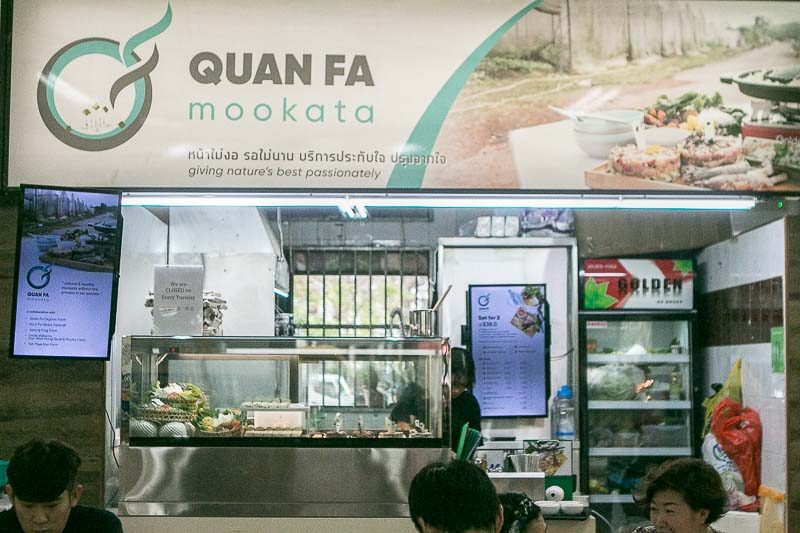 Here at QF Mookata (by Quan Fa Organic) in Jurong East, their novelty lies in the fact that all their meats and vegetables are organically grown. The menu at QF Mookata is quite lean as they only just opened for business end-August 2018. But no matter, you’ll be more than spoilt with their Set For 2 (S$38) that comes with two small portions of marinated meats (chicken thigh, pork collar and belly, beef striploin or lamb leg), two prawns, two frog legs, fish paste and a seasonal vegetable basket.

None of their meat comes frozen and they are steeped in a marinade for 30 hours! We had the pork collar and belly and chicken thigh, in which both types of meat are tenderised using lemon acid, giving it a sweet and tangy zestiness.

As for the frog legs, they were saturated in huajiao (a type of Sichuan pepper), giving it a really amazingly numbing kick! 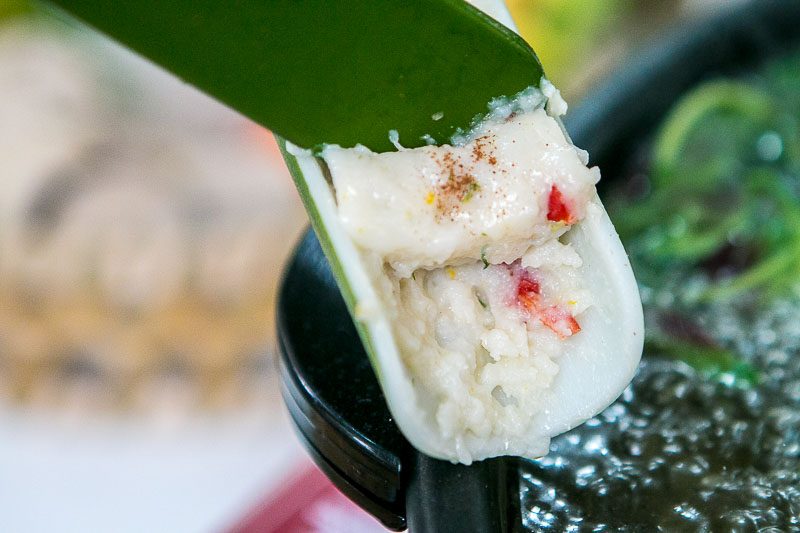 There’s nothing artificial or processed about the ingredients used at QF Mookata, and that includes the fish paste, which is made from pure fish meat and herbs. It’s one the better-tasting fish pastes we’ve had; none of that chemical-like aftertaste, and very bouncy. 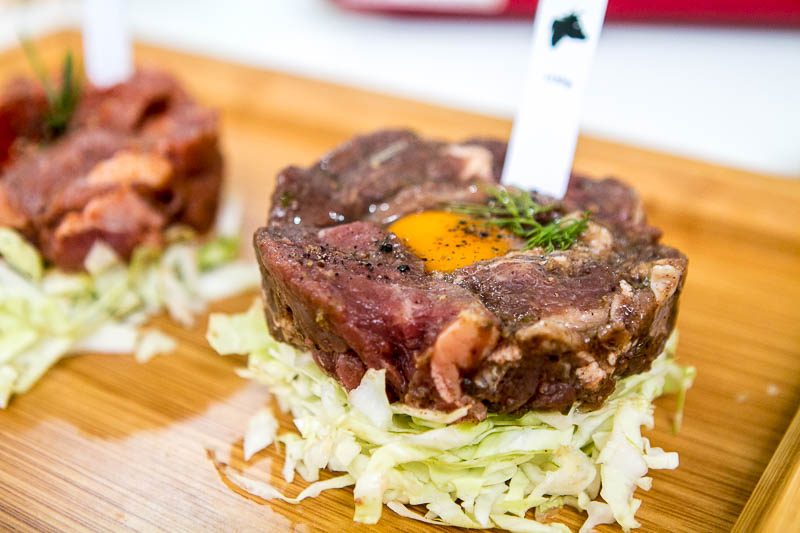 As an add-on, we also had the Beef Striploin (S$12 for small, S$17 for large), which had just a nice rim of fat to allow the meat to remain moist on the grill.

The cut was a tad woody, and might prove to smell “too strong” for some, but it was for exactly that reason that we couldn’t get enough of it! 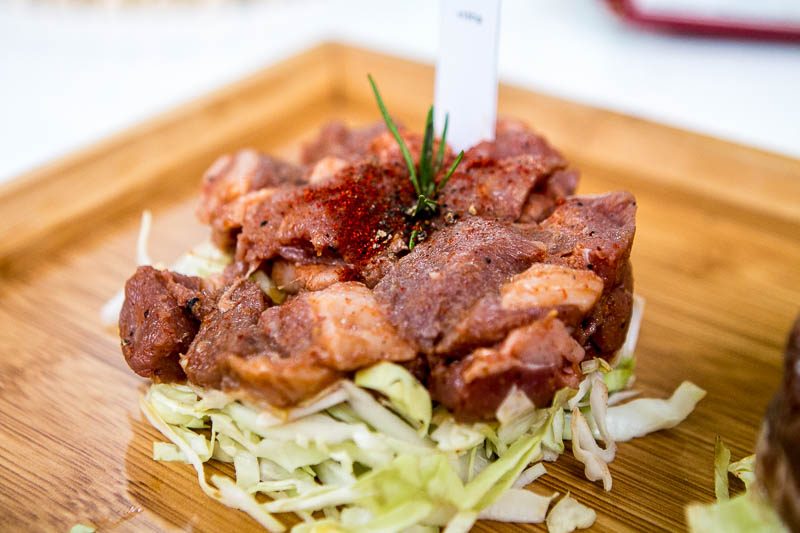 We also gave the Lamb Leg (S$12 for small, S$17 for large) a whirl, something that’s not usually offered for mookata. In fact, it’s marinated in rosemary, cumin and apple cider, which aids in toning down the gaminess that so many are averse to.

Once cooked, the lamb was pretty phenomenal. It was super tender and juicy, and we could taste and smell the eloquent rosemary as we chewed our way through. 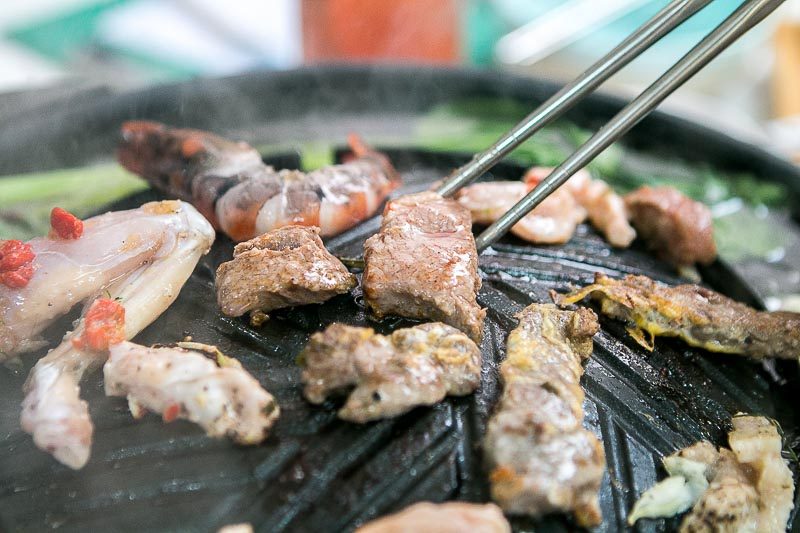 QF Mookata recommends diners cook the meats for no more than a minute or two, given their high quality and not wanting to burn it to a crisp. The beef, especially, should only be cooked till medium rare for the best experience.

The best bit of this particular mookata is that in place of traditional pig fat, the grill is oiled with imported A2 milk Desi ghee to minimise excess grease. No more annoying oily lakes running into the moat of soup that surrounds the grill. 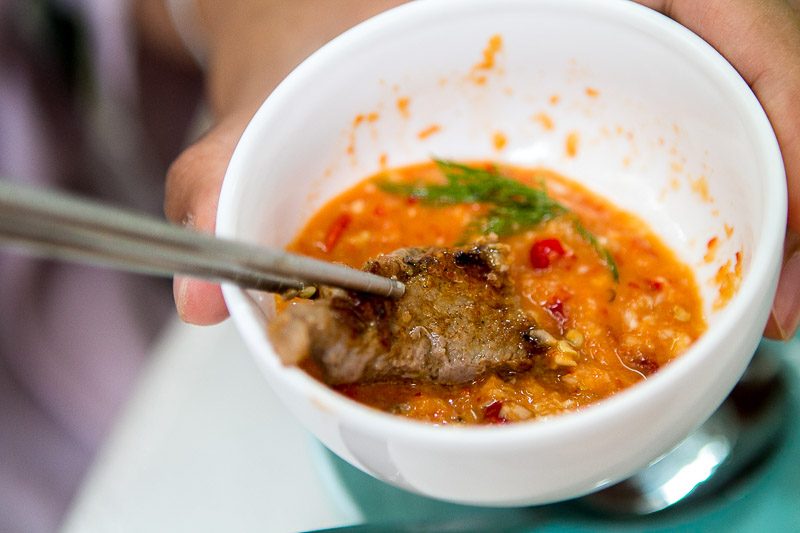 Apart from the delicately seasoned protein (which was really excellent on its own), we also really loved the tangy chilli sauce. Looks were definitely deceiving in this case, as I was let down by the absence of fire on my tongue.

Instead, the orange-hued sauce added a nice touch of acidity to the hearty bites of meat. 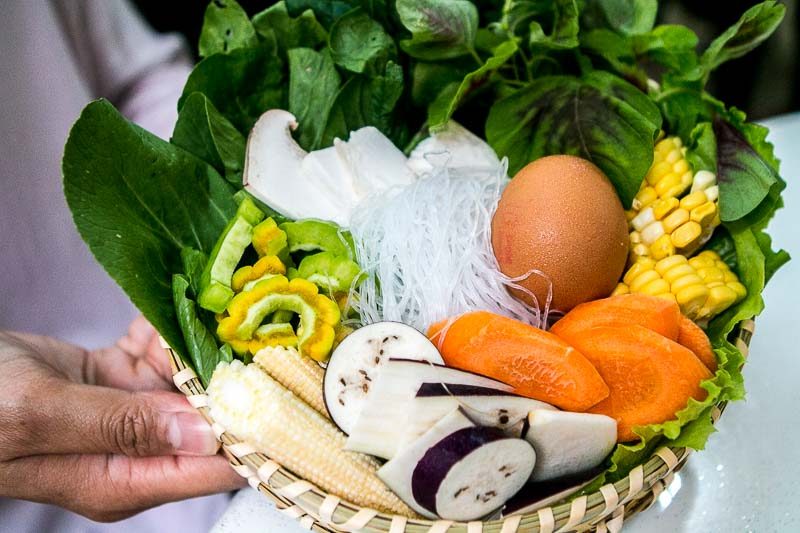 We loved how colourful the vegetable basket was, and we appreciated even more that every ingredient in there is seasonal and organic. 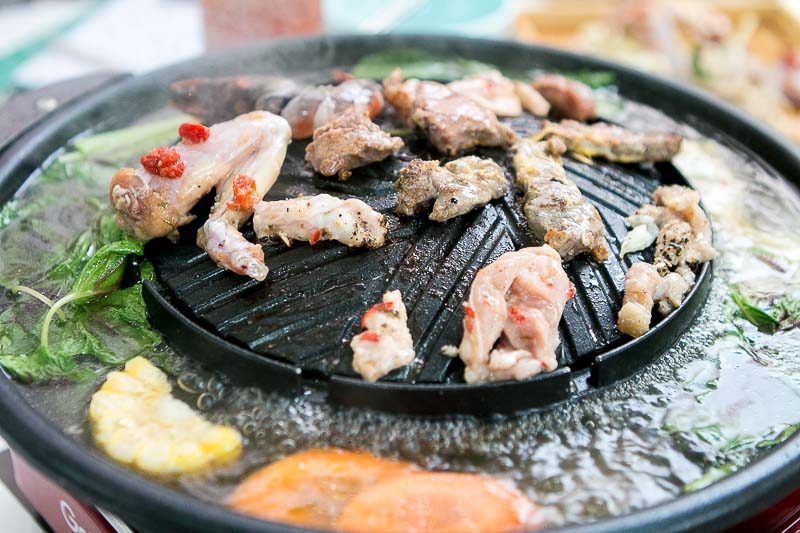 QF Mookata uses fresh vegetables and chilled chicken for their broth, which means the original taste was light and almost cleansing. We cooked our ingredients in there for a bit longer, and saturated the broth with even further. The result was an undeniably delicious and nourishing soup that acted as a satisfying side to the meal.

There are plenty of mookata spots dotting our tiny island, but none like QF Mookata. We delighted in the fact that the ingredients were some of the freshest meats and vegetables to grill, and hence we didn’t have to worry about the quality of food.

For a very affordable price point, this deal is not only a steal but also an investment in how you feed your body. West-siders, you’ve got a good thing in your ‘hood, so don’t miss out!

Previous articleGet Sizzling At Guinness’ Barbecue Party Of The Year At Emily Hill This 24 & 25 Nov
Next articleGuilt-Free + Healthy Desserts From Oh My Goodness! Available At All 16 SaladStop! Stores In SG