I’m not a huge fan of yellow noodles due to the presence of alkaline. Somehow that throws me off, and hence I’ve never really liked mee rebus or mee soto. However, Rahim Muslim Food was the stall that changed my perception of yellow noodles.

Located at Ang Mo Kio, Chong Boon Market, it isn’t exactly the most conveniently located. However, anything for good food is worth it as I headed down on a dark and rainy evening. 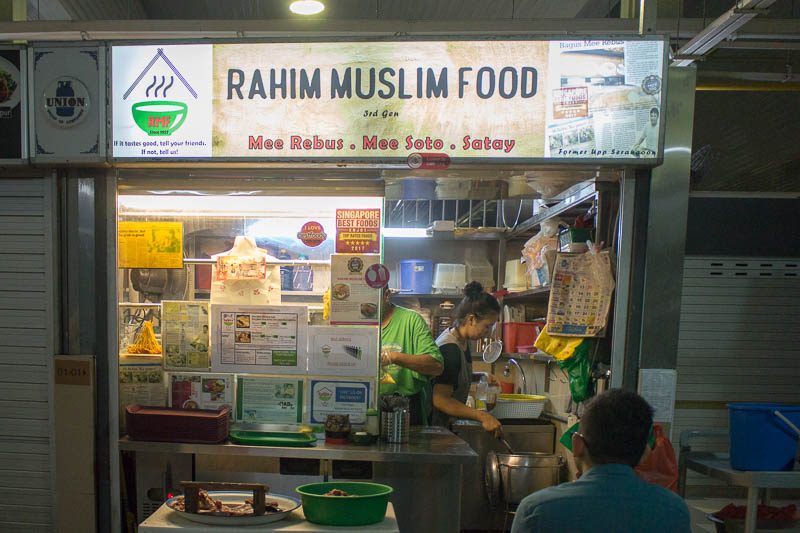 What’s so special about Rahim Muslim Food, you may be wondering? To be honest, I have never been attracted to mee dishes. However, I do love satay and the sweet peanut gravy (otherwise known as satay sauce) that accompanies it. Rahim Muslim Food adds a ladleful of their satay sauce to the mee rebus, which makes a whole lot of difference in my opinion. 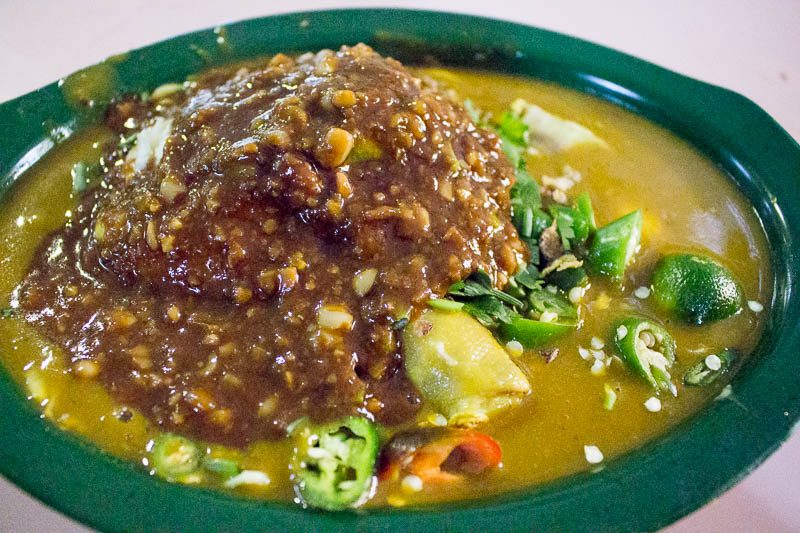 There are three versions of their mee rebus. The regular Mee Rebus is priced affordably at S$3.50, with a hard-boiled egg and satay sauce. For a dollar more, you can get their signature Power Mee Rebus (S$4) which comes with cut chicken.

Since I travelled all the way there, I decided to go for the Extra Special Mee Rebus (S$6), which had extra chicken. When I went to collect my food, the sheer portion size blew me away. The huge bowl was filled to the brim with gravy and ingredients. I had to go for the satay sauce that was nicely dolloped on top of my chicken first. It was so fragrant, and the viscous consistency only made it look more appetising. As I took a spoonful of it, I was hit by its intense flavour.

It was distinctively nutty, and I loved the crunch of the lil’ peanut bits that melded with the sauce. Creamy from what I assumed would be coconut milk, there was also a punch from the spices used and a nice underlying sweetness. It’s one of the tastiest satay sauces I’ve ever had, if not the best. As I mixed in all of the ingredients, I was shocked that an entire chicken leg was in my bowl of Mee Rebus. I grabbed a chunk of meat from the chicken leg, pleased that it was tender and easy to remove from the bone. The chicken itself was slightly bland despite the succulent meat, but I guess that’s what the satay sauce is for. It definitely allowed the satay sauce to stand out, and was absolutely delightful. 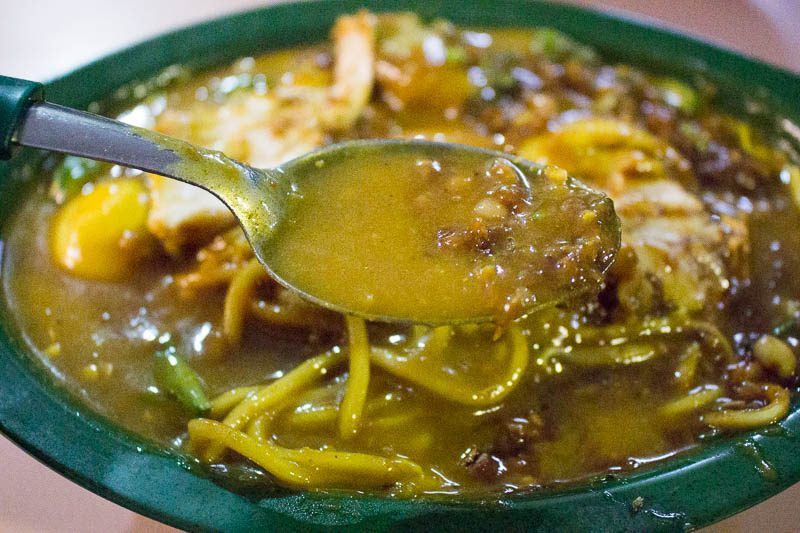 The gravy of the Mee Rebus itself was rich and thick, packed with flavour even on its own. Made with a base of potatoes, do not expect this to be a dish that’s light on the palate. It was intense with a hint of spice from the chillis, but surprisingly not overwhelming.

The tangy lime that I squeezed over the gravy helped to cut through the heaviness. The satay sauce that I mixed in together only helped to further amplify the flavours. The crunch of the peanuts also gave it more texture for a nice bite. Perhaps this was why I liked it so much; the flavours helped to mask the typically strong alkaline taste in the yellow noodles. The noodles were cooked thoroughly and acted as a great vessel for the sauce to cling on to. Every slurp of noodles was like an umami bomb, and before I knew it, I wiped out the entire bowl. They are not only good at Mee Rebus, as they serve up really good Satay as well. The sticks are priced at S$0.70 each, with three options of Chicken, Mutton and Beef. Unfortunately, the day I was there, they were only left with Chicken. 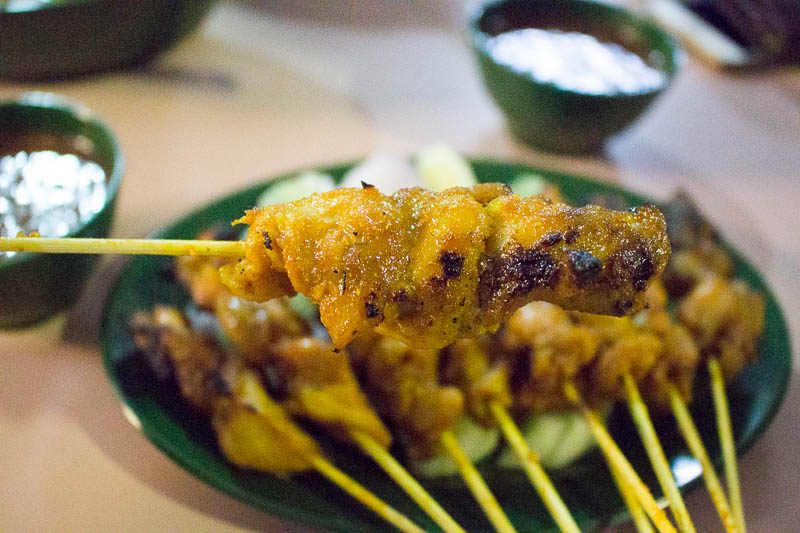 As the minimum order is 10 sticks, I went ahead with my order of 10 Chicken Satays (S$7). They were charcoal grilled to-order, and the smoky charred bits on the huge chunks of meat looked absolutely tantalising. 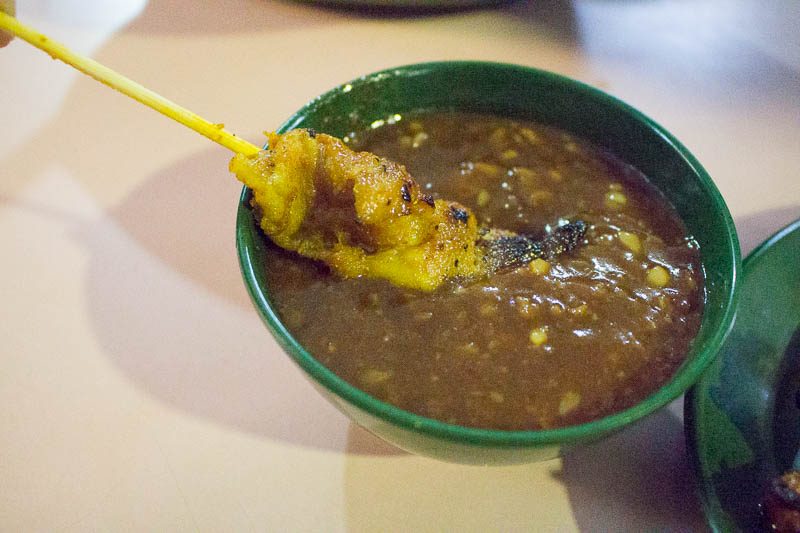 They came with a bowl of their signature satay sauce as well, and I dipped my chicken meat into the sauce as I went in for a bite. As if the Mee Rebus was not powerful enough, this was a whole new level. The chicken meat was thick yet tender, juicy on the inside with a nice crisp on the outside. This meat was flavourful even on its own, sweet from its marinade and a pleasant bitterness from the char. The satay sauce elevated the taste by adding a rich nuttiness and a tinge of spice. We also decided to try their Mee Soto as their Mee Rebus and Satay were just too good. There are two versions to this, Normal Mee Soto (S$4.50) which comes with a bergedil and cut chicken, and the Extra Special Mee Soto (S$6) that has extra chicken.

We went ahead with the extra special, served with the same humongous portion and an entire chicken leg. 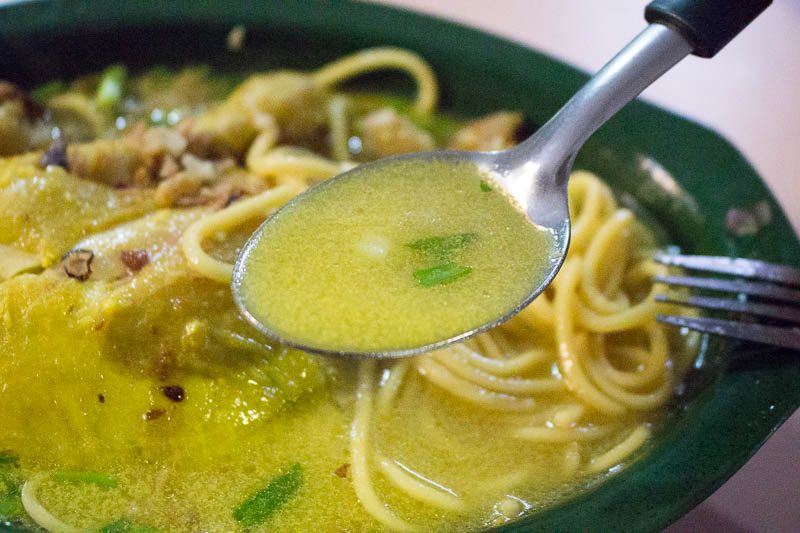 The turmeric soup base was light and appetising. Don’t get me wrong, this was delicious as well. However, it lacked the powerful punch that the Mee Rebus had. 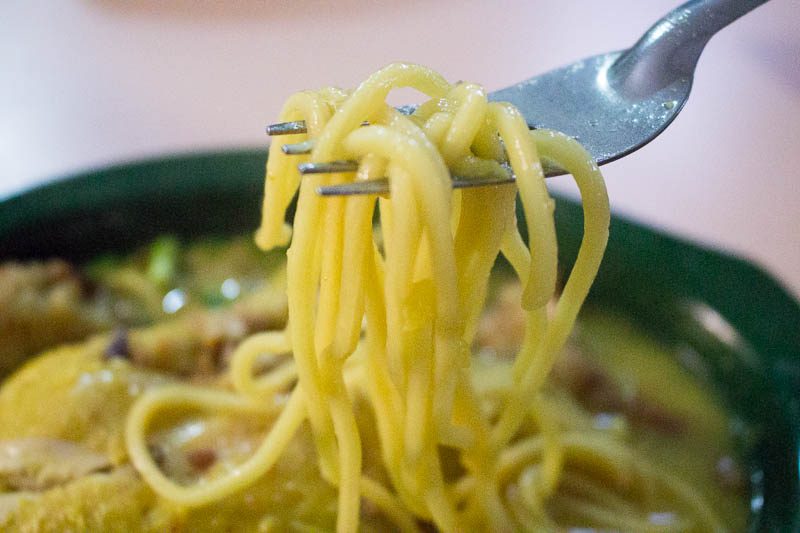 This was nonetheless warm and comforting, especially on a cold rainy day or if you are feeling slightly under the weather. 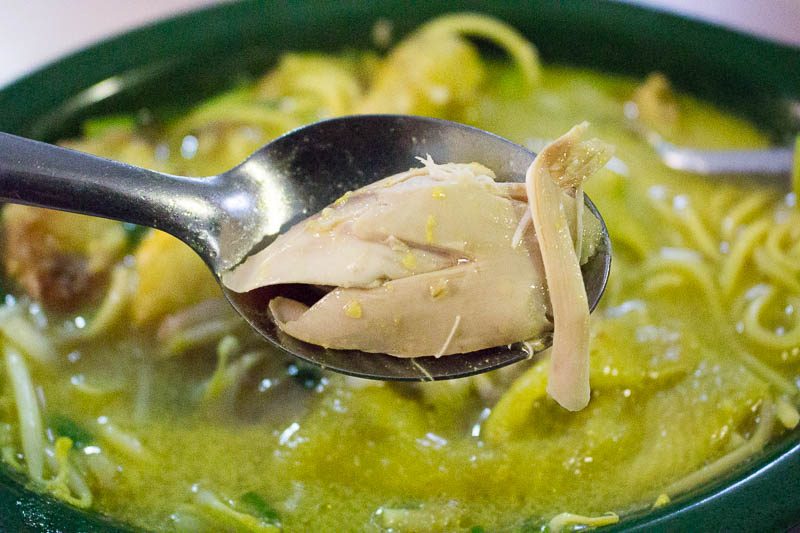 The chicken leg was equally as tender and juicy as the one in the Mee Rebus. It was a good protein source for this bowl but did little in terms of flavour. 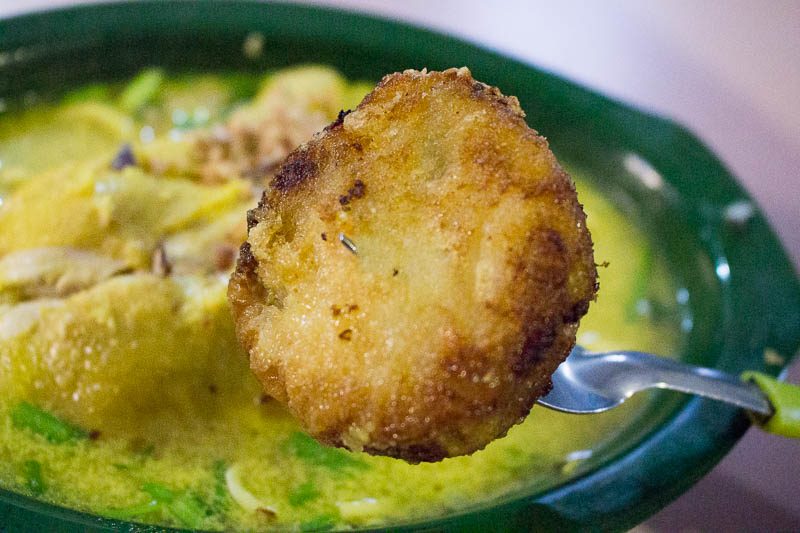 What I really enjoyed was their bergedil, which was soft and fluffy. 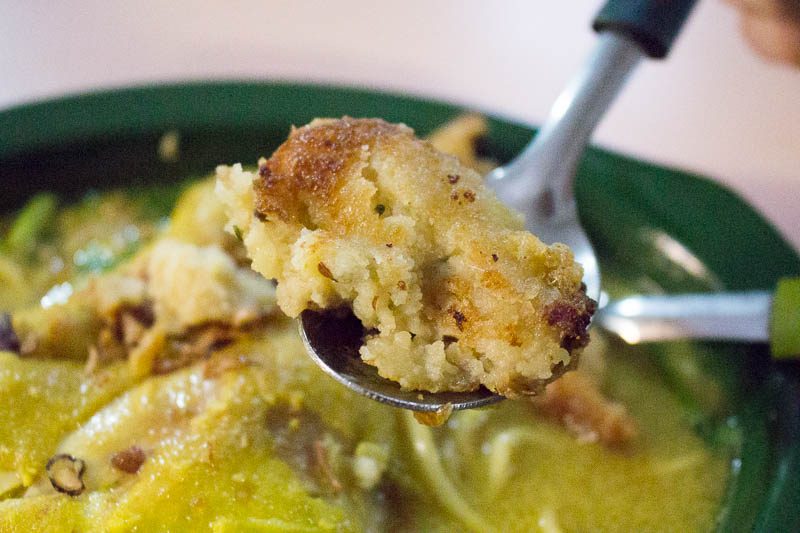 I liked the textural contrast from the chunks of potatoes to its crisp edges. Flavourwise, it was also very tasty with a distinct aroma from the shallots.

The food at Rahim Muslim Food really impressed me as it made me like something that I previously did not fancy, which takes a lot. If I’m ever craving some good Mee Rebus or Satay, Rahim Muslim Food would definitely be my choice.