A modern, quaint brickwork exterior that looks like a cafe out of Melbourne, Salt Tapas and Bar is helmed by chef Luke Mangan, managed with restaurant head chef Mathew Leighton.

Located on the ground floor of Raffles City Shopping Centre and just minutes from the MRT, Salt Tapas and Bar is commonly mistaken for being Spanish cuisine due to the term ‘tapas’. Salt is however, an Australian concept and the only commonality to Spanish cuisine is the concept of serving in small plates for sharing. The cuisine is closer to a Moroccan, Mediterranean one.

This tapas and bar primarily targets the corporate office workers around City Hall Mrt, who come to chill for drinks and tapas after work on weekdays. The weekend afternoons tend to be quieter for Salt, which makes it a lovely place for a date. 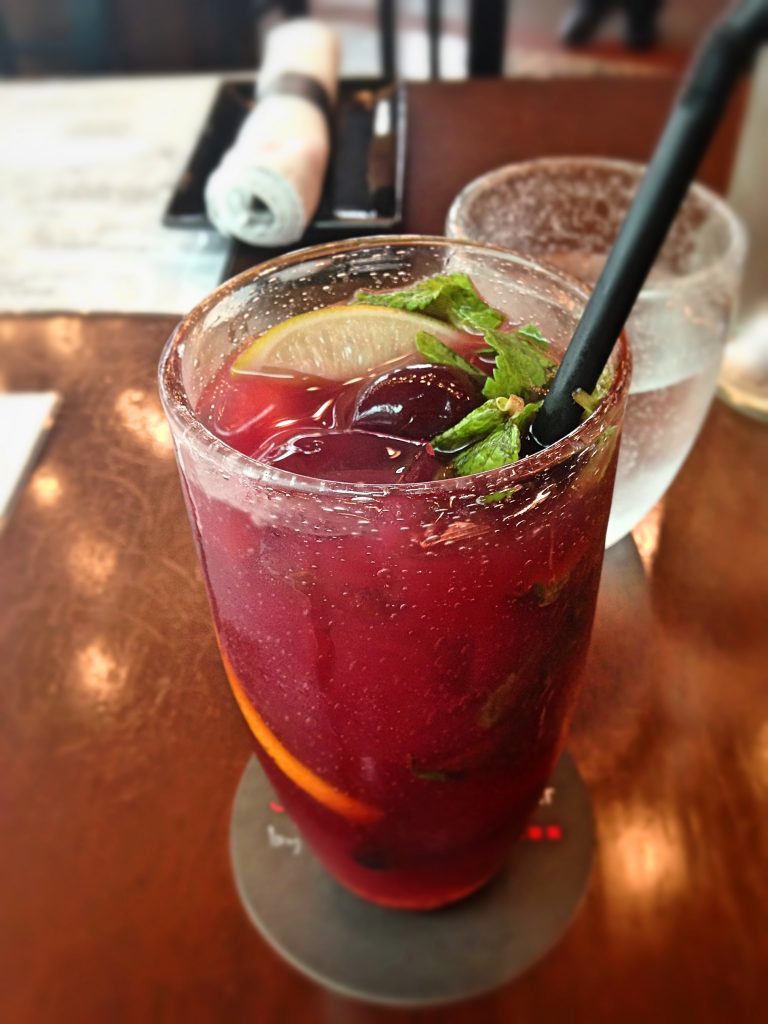 Normally, good Sangria wine is infused with fruits for at least 3 days, but run the risk of the fruits going bad. We play safe here in Singapore, so Salt has decided to actually infuse it for just 1 day, but reinforced the merlot wine with brandy, giving it a strong, sweet citrus flavour. I love this and it’s one of the best Sangria I’ve had in Singapore. 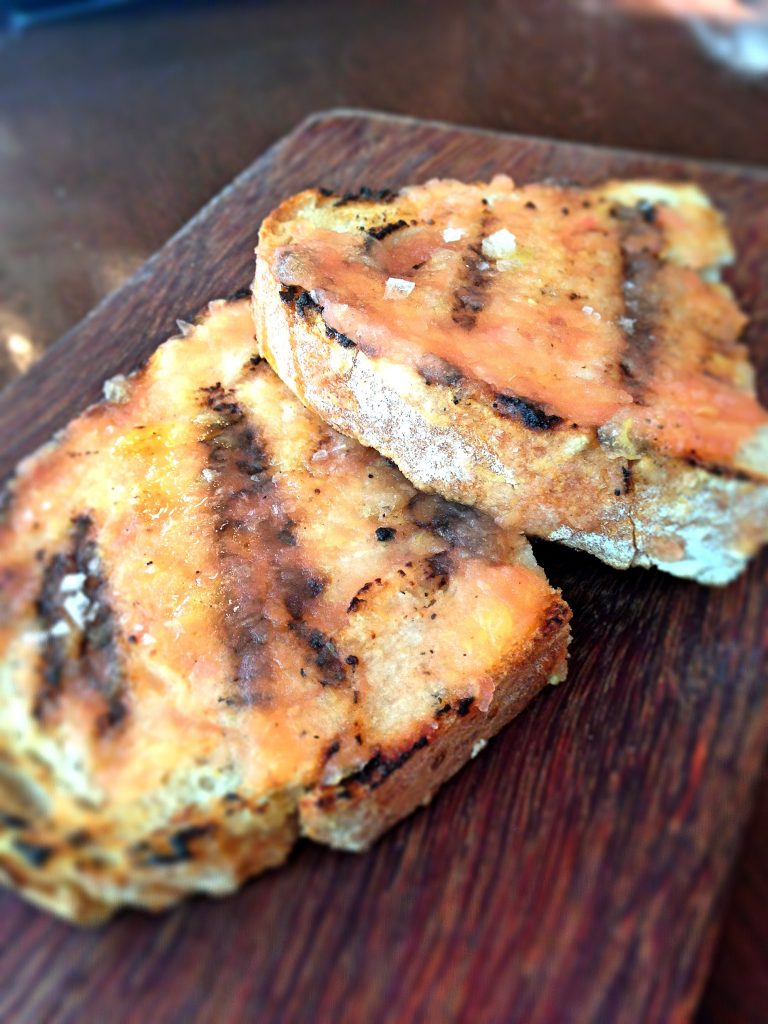 Grilled Sourdough ($2). Nice hint of charred taste with dashes of salt grains, but the bread was a little soggy from the grated tomatoes that were left on too long. 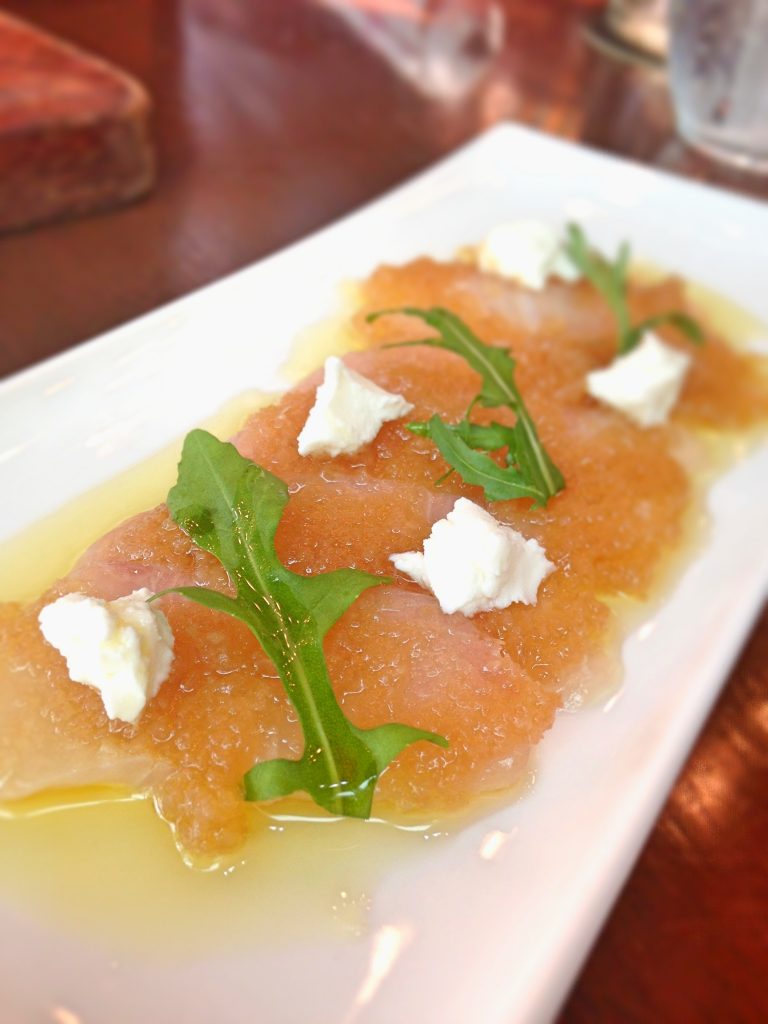 Kingfish Sashimi ($21). Comes with pickled ginger and shallot with Persian feta cheese, this was sweet tasting and absolutely well-balanced. Each component is not overpowering and really compliments the uncommon Kingfish sashimi well. 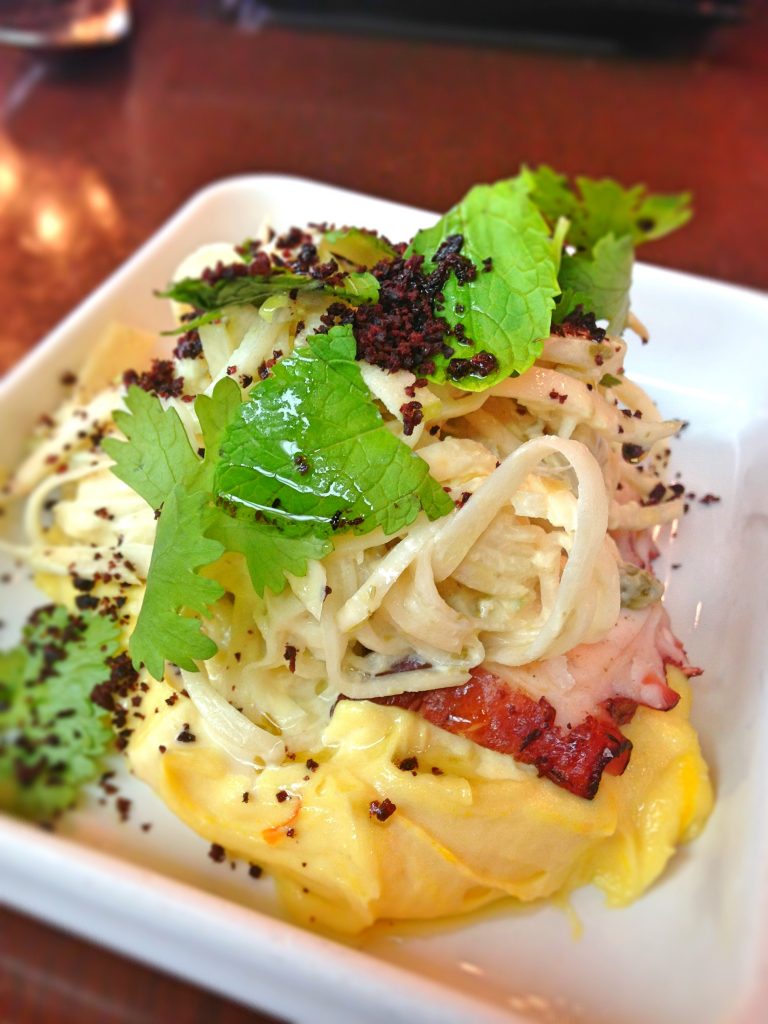 Slow-cooked Octopus with Celeriac. I heard that since my tasting, this dish is no longer on the menu which is a huge pity. The octopus was extremely tender, rare for this multi-legged beast, with hints of saltiness from the chopped black olives. The celeriac also provided a crunchy texture to the soft octopus, a good texture pairing. 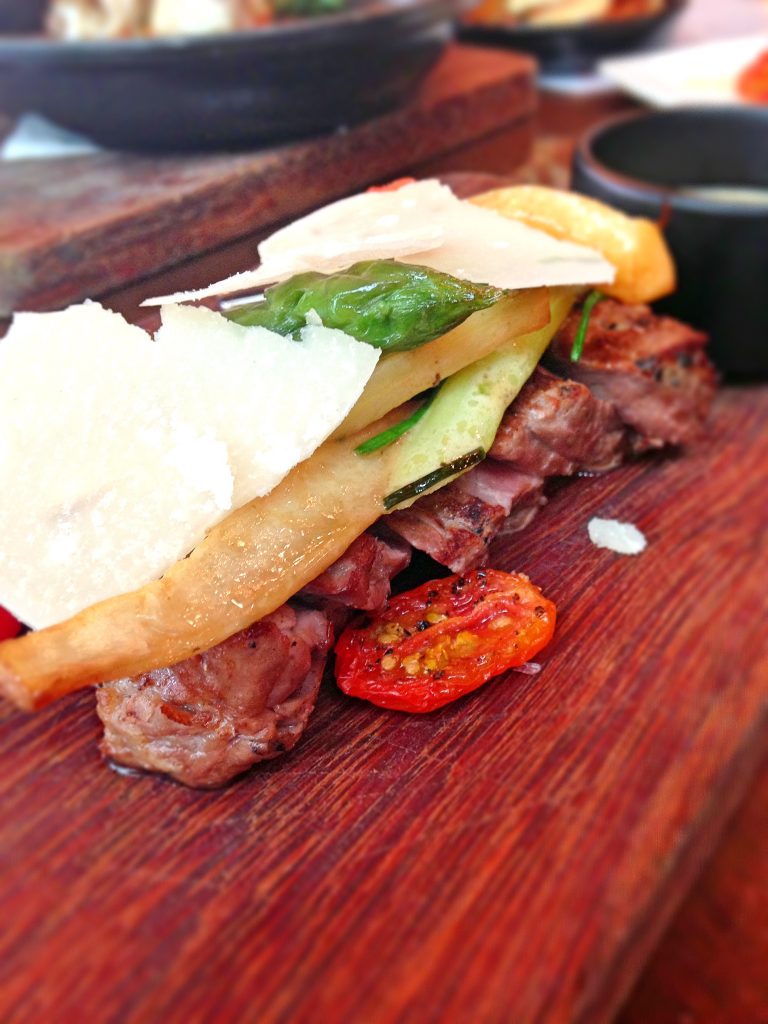 Sirloin, asparagus, tomato, parsnip, parmesan & truffle dressing ($32/$60). I personally found the presentation quite odd, as the steak is hidden below the parsnip, asparagus, cheese etc and hardly showcases the star beef. A decent cut of meat, but sadly my medium rare steak came out more towards medium well. I generally also don’t like my steak adulterated with too much other flavours, as it hides the taste of the beef steak. Roasted Barramundi with Squid, tomato and chorizo ($32). This was a very interesting dish, with capers, olive, chorizo, three different tomatoes, lemon zest and piquillo peppers in the sauce mix. The squid and barramundi were cooked perfectly, and the combined taste with the sauce is very complex. Not an easily acceptable taste among Singapore locals, but Europeans should be able to appreciate this multi-layered dish much better. Luke’s liquorice parfait ($12). The natural sweetness of the liquorice really shines in this parfait, which is supposed to be counteracted with the lime zest and juice. I found that element a tad too sour though, but other than that it was a good dessert, provided you like liquorice.

The Kingfish Sashimi (entrée) , Roasted Barramundi with squid (main) and Fried Potato (side) are all part of the Lunch set menu at $33.50++, with an option to add dessert for $6. Considering the usual a la carte price, its really quite a good deal.

I actually tried a couple more dishes that were also since removed from the menu, so I didn’t include them here. Good to see restaurants constantly changing and taking out items that aren’t popular, then replacing it with something new. Salt Tapas and Bar is slightly pricy, but the tapas are of good standards and worth a visit especially for the lunch set menu.

Dashing General Manager Ken Kuwako was also extremely hospitable, and strives to serve you the best he can.