Search ‘Korean Fire Noodles’ on the internet and I’m sure the first picture that pops up will be Samyang’s Fire Chicken Stir-Fried Noodles.

Notoriously known for their spicy noodles, the Korean brand became a household sensation when the ‘Fire Noodle Challenge’ whipped up a storm across the net, leaving many drenched in sweat and tears as they attempt to finish packets of the incredibly potent instant noodles. 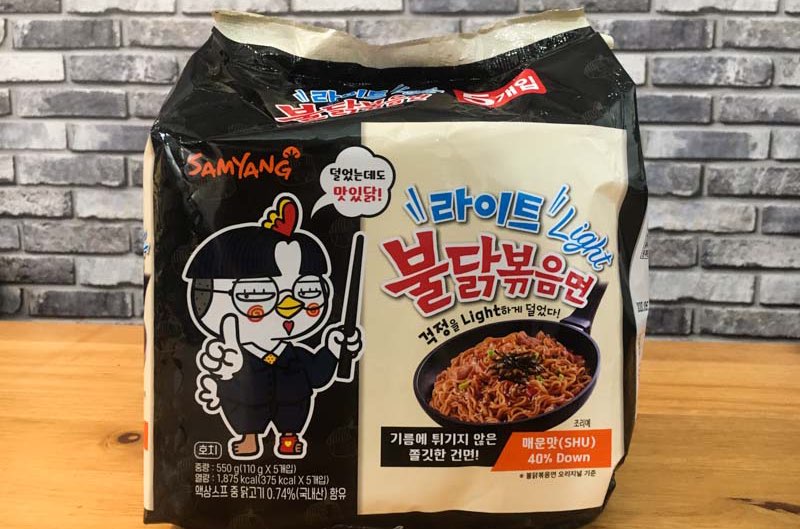 After witnessing the catastrophe caused by these noodles, it immediately went into my list of danger food that should never be consumed. However, when Samyang introduced a new “light” version of the Fire Chicken Stir-Fried Noodles, I knew it was my chance to have a taste of what I have been missing out.

The version not only has 40% less spiciness, but the noodles are also considered to be healthier as they are not fried—resulting in fewer calories per serving (375kcal) as compared to the original version (530kcal). 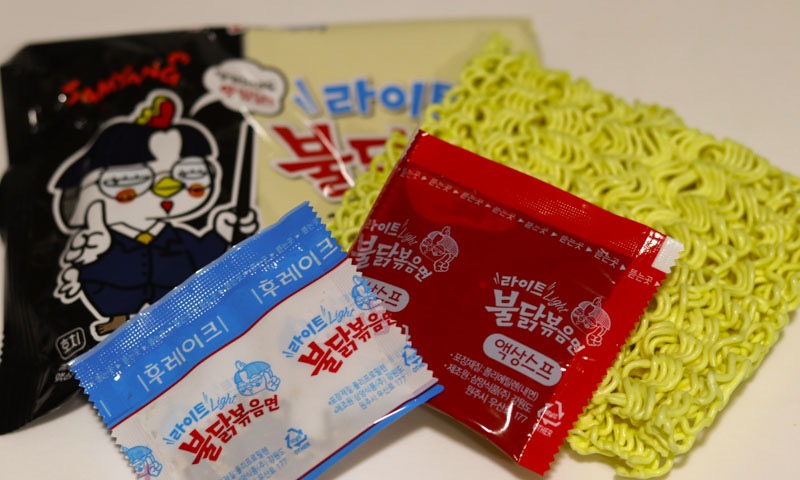 After opening the packet, I realised that the noodles seemed more yellowish probably because they were baked. This, however, did not seem to affect much of its texture as the noodles were still chewy and springy after cooking. In terms of spice, my colleagues (who are avid fans of the original Samyang noodles) commented that the “light” version was indeed milder and friendlier to the stomach. Despite the reduced spiciness, the noodles retained its addictiveness, which left them wanting more. 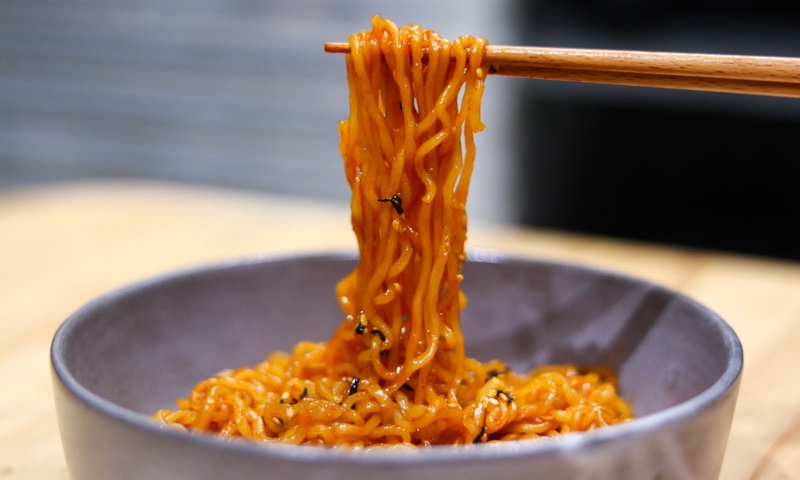 For someone who has not tried the original spicy noodles, I really enjoyed the “light” version as the level of fieriness was just right, making it easy to finish without feeling any queasiness in my tummy.

If you are not one who can handle your spice well, give the “light” version a try as you definitely will not have to worry about finding ways to combat the heat. Otherwise, try pairing the noodles with a fried egg on top. I’m sure the oozy egg yolk together with the noodles will leave you craving for more!

Although this “light” version of the Fire Chicken Stir-Fried Noodles is not sold in-stores around Singapore, you can purchase them online via Shopee for S$4.90 (two packets) or S$11.70 (five packets).