Seven & Ate opened in January 2018 at 78 Horne Road, by a trio of founders. Noticed anything about the restaurant name and street name? The space was previously owned by Bao Makers, and I’m glad Alison, one of the co-founders, chose to stick with the industrial chic decor. There were old bottles lining the shelves and retro-themed posters decorating the walls, which gave off a rather homely vibe. If the food was as great as the ambience, I might have to come here every day! 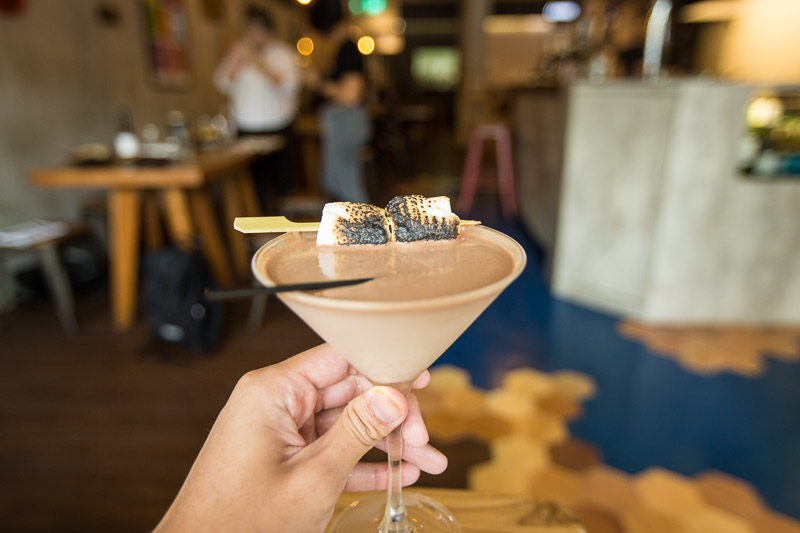 We started off with a glass of Nutella Bomb ($14) from their cocktail menu. When I took my first sip, I actually thought it tasted like an adult milkshake.

It initially tasted smooth, sweet and creamy only to meet with an alcoholic aftertaste that I honestly quite enjoyed. Also, I highly suggest you drown those marshmallows in the drink, the combination of the charred marshmellow and creamy nutella was absolutely delicious. 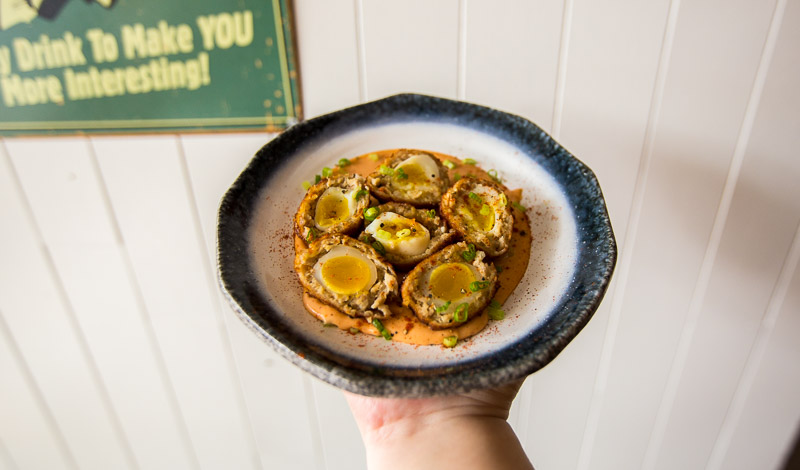 Next came a plate of Scotched Quail Eggs ($7), with six bite-size halves nestled nicely atop a bed of sriracha mayo. Unfortunately, the taste of scotch eggs was pretty underwhelming. Perhaps if the meat wrap was thicker, the flavour would’ve lingered longer. Thankfully, the sauce gave each bite a much-needed spice, and went rather well with the egg. I have to confess that I’m not much of a fan of duck but I think I might have converted after trying out the Duck Confit ($17). With luscious red wine sauce poured over the duck leg, and accompanied by poached pear slices, it looked almost too good to eat. 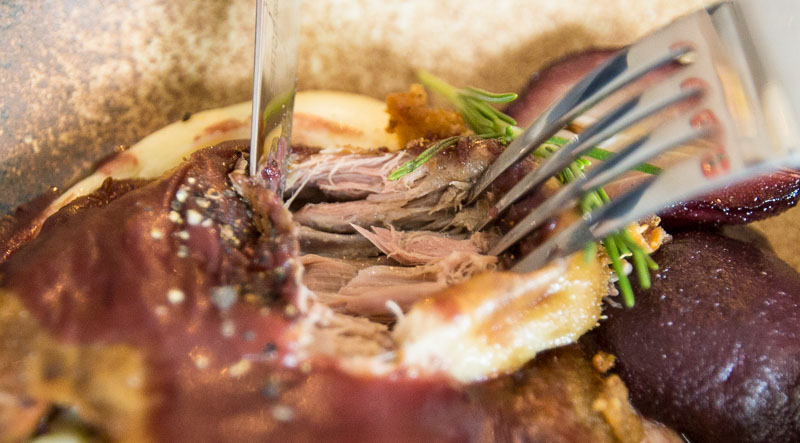 If the meat was cooked thoroughly, the bone should come right off. And yes, it popped off just with a simple twist.

The duck was really tender and moist. Also, I liked how the pear cuts through the gamey taste of the duck with a pleasant sweetness. The Pork Belly & Basil Pasta ($15) was my favourite dish here at Seven & Ate. Mixing the parmesan and pork slices well into the linguine released an enticing tomato fragrance. My colleague found the sauce to be a little too sweet, but I thought it was just right. It was rich and flavourful with a distinct tangy taste.

It could get a little jelak for those who would prefer something a little less bold. 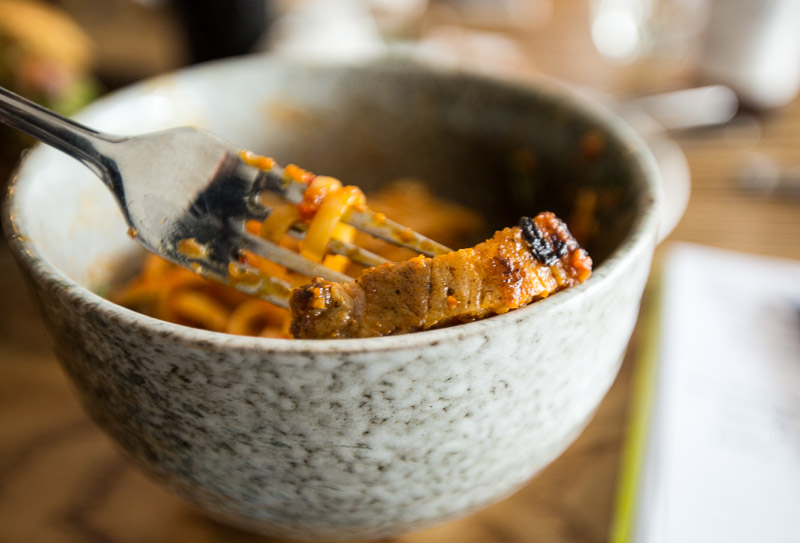 I absolutely loved the pork belly slices, which were tender and packed with flavour. The portion was also pretty decent. 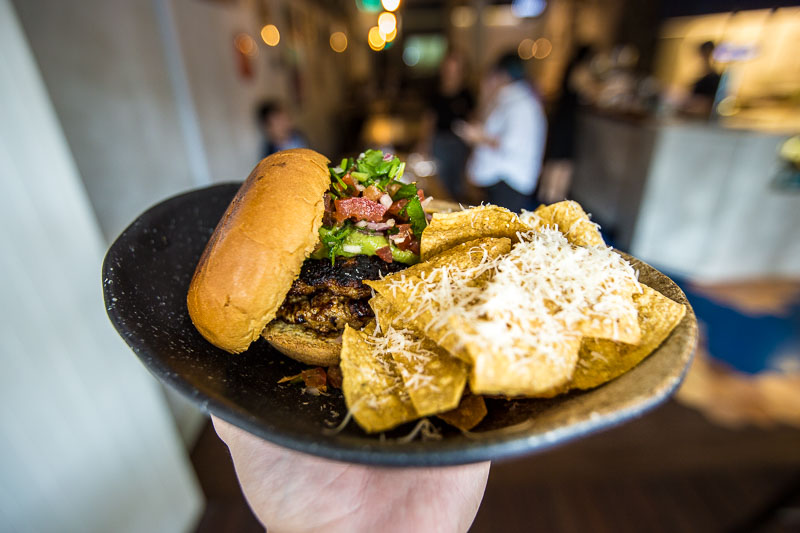 It’s only customary to order yourself a burger whenever you’re at a bar. I chose to go with The Gringo ($15), because I would never be able to refuse a pork burger. The burger had two pork patties, house-made guacamole and fresh salsa sandwiched between two thick buns. The guacamole had just the right amount of acidity from the onions and tomatoes.

The tangy salsa complemented the pork patties rather well. I also like how the patties weren’t too dense, and yet juicy and flavourful. It definitely was one of the better burgers I’ve had. Those tortilla chips made for really good snacks and I devoured them by the handfuls.

Drop by Seven & Ate, this place is perfect for a night of drinks and grub with friends after a long day’s work. You can even unwind with a game of darts.

Not to mention, on Sundays all cocktails go for only $10!

Previous articleFifty50: Strike A Healthy Balance With Hearty Pastas & Wraps At [email protected] Pagar
Next articleGive Back To Mother Nature With The Green & Healthy Movement At Singapore Expo From 15 – 17 Jun