I don’t think it’s a far cry if I say that Zouk is a household name for most Singaporeans, though our original association with the name and its vibrant nightlife remains put on pause for the foreseeable future. The lifestyle and entertainment brand has expanded its portfolio in the F&B sector to include two new Japanese dining concepts—an omakase restaurant, Sushi Ichizuke, and Here Kitty Kitty, a speakeasy bar reminiscent of a Japanese vice den from the 1950s. Sushi Ichizuke’s Head Chef Ryoichi Nakatani specialises in Edomae Sushi, a traditional Tokyo-style method of curing fish whilst retaining its raw texture. It’s a promised gastronomic experience with only the freshest of ingredients imported directly from Toyosu Fish Market—every mouthful is better than the last, and that’s a promise. One of Chef Nakatani’s notable dishes is the Ichizuke Don, a bowl featuring a plethora of fresh seafood. Expect a medley of creamy uni, yellow tobiko, ikura, Hokkaido hairy crab, and caviar—the lashings of umami flavours come unyielding and relentlessly in the best possible way. The Sashimi will be both a sight and taste to behold. Thickly cut slices of kinmedi lightly charred with charcoal will promise an exceptional smokiness that envelops the sashimi without being overbearing. Despite not being nearly as fatty as otoro, the chutoro will melt in your mouth in a wondrous show of smoothness and is juxtaposed lightly with the light grainy texture of caviar.

This dynamic duo is paired with Mimurosugi Karakuchi Tsuyuhakaze, a dry ­sake that unfolds in a rich aroma of sweet aftertastes to compliment and contrast the savouriness of sashimi. My personal favourite from Sushi Ichizuke remains the Cooked Dish, a thick nori broth topped with tachiuo tempura and uni. Despite being served in the broth, the tachiuo tempura retained a mild crispiness—its texture diminished slightly to make way for an enhanced savoury and creamy flavour profile both memorable yet with a fleeting lightness. It makes you wish there were more, even if you haven’t finished what’s on your plate.

Paired with this gastronomic miracle of a broth is the Hakugakusen Nurekarasu, also a dry sake similar to the Mimurosugi Karakuchi Tsuyuhakaze, though this one boasts of an unforgettable robust fruitiness. Whilst Sushi Ichizuke boasts of a minimalist, zen interior, Here Kitty Kitty goes all out on the opposite end of the spectrum. Designed to transport diners back into the 1950s, Here Kitty Kitty is a lushly decorated speakeasy not unlike a Japanese vice den. The maximalist interior boasts dark accents to recreate the vivacious past of illicit courtesan-ship at the Golden Gai, where guests can sip on curated cocktails and soak in the atmosphere with a drink in hand. The star of the show at Here Kitty Kitty is acclaimed Head Mixologist Alastair Tan—specialising in mixing classic Ginza cocktail techniques with a blend of local and European-style hospitality.

Start off light with Here Kitty Kitty’s Golden Hour (S$22++), which tastes just like the fluttery feeling that its namesake creates when taking pictures. This cocktail boasts of Havana Club 3 Rum, and is combined with earthy notes of hōjicha. The clarified milk it’s mixed with produces a refreshing smoothness, allowing you to savour the cocktail in its multidimensional complexity. Golden hour, indeed. The Okinawan Summer (S$24++) delivers a stronger flavour in comparison to the Golden Hour, a headier concoction of Don Julio Blanco Tequila, lemongrass, and Okinawan Sea Grapes. The pineapple adds a citrusy edge, truly encapsulating the heat of a glorious summer afternoon by the sea, in liquid form. My ‘Best for Last’ gold star goes to Here Kitty Kitty’s Haku-Hai (S$24++), a refreshingly light elixir of Haku Vodka, Calpis, matcha, and lemon. Matcha might seem like an unorthodox ingredient to add to a cocktail, but it gives the drink a grounded, earthy flavour that’ll transport you right into one of Claude Monet’s impressionist masterpieces. Coupled with the lemon’s bright zing, this cocktail was truly a work of art. 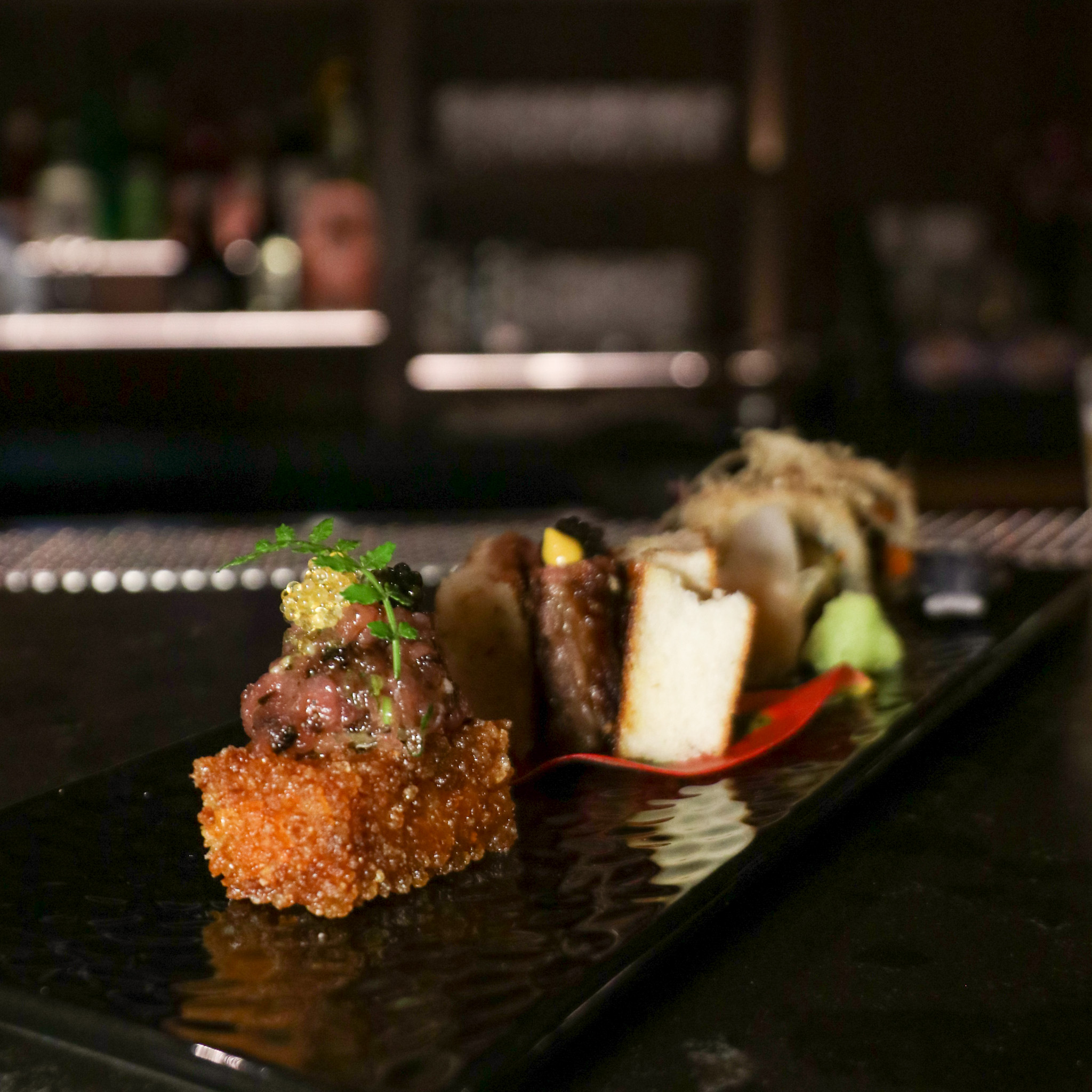 Both Sushi Ichizuke and Here Kitty Kitty do stray from the spirited nightlife that Zouk is normally associated with, but I have absolutely no complaints. It’s a gastronomic journey of bottled memories and flavour explosions that I wouldn’t mind shelling out a pretty penny on—every bite and sip will transport you back to the clear summery skies and vibrant life of Japan, without having to leave our own sunny island.

Previous articleXcelyn @ The Patio: “They’ve got it all — even for the most picky eater”
Next article‘Tapau Please’ by SethLui.com: Epi #052 — Our podcast editor’s thoughts on the current 2-pax dining restrictions