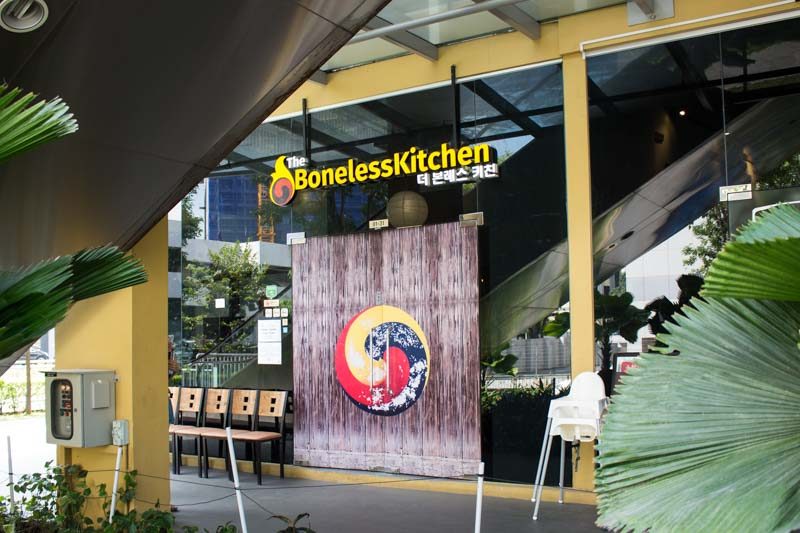 Even with so many variations of Korean cuisine now easily available in Singapore, there still hasn’t been a place that serves quality Korean food at a truly reasonable price — that was until I found The Boneless Kitchen that got me hooked when I found out that Korean cuisine could still taste so good without meat and at a pocket-friendly price!

I’d like to first declare that I am a proud carnivore and I absolutely love meat, so trust me when I say that you shouldn’t be so quick to dismiss this meatless restaurant. A stone’s throw away from Tai Seng MRT, The Boneless Kitchen is located at the back end of Irving Place. Don’t be fooled by its simple exterior – the food truly speaks for itself. Upon stepping in, you can choose to either sit on tatami mats or in the general seating area.

Everything on the menu is vegetarian and ALL the dishes can be modified to fit a vegan’s diet. With a clear indication of spice levels, and whether the dishes contain eggs or dairy, the menu is pretty suitable for any diet. 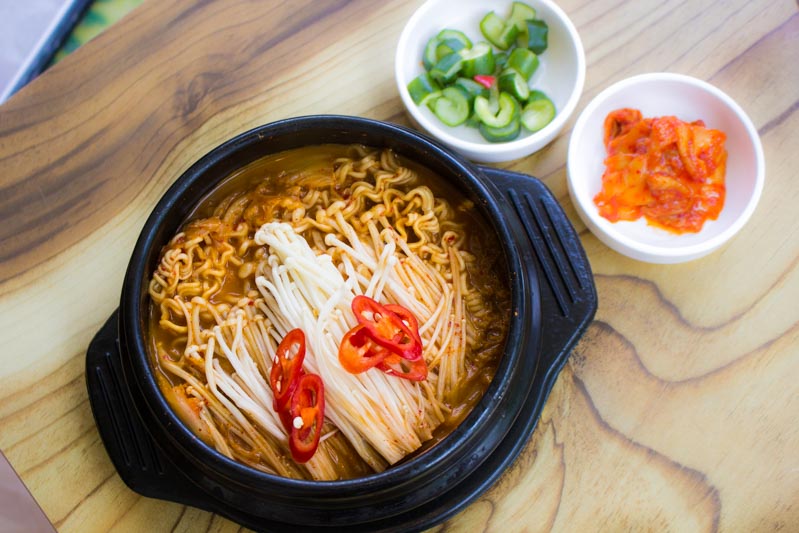 First on our agenda was the Budae Jjigae ($9.90) — a humble and comforting bowl of army stew with cheese that comes with enoki mushrooms, tteokbokki, mock meat, ramen and more. The cheese is done slightly different for this dish, creating a milky and thicker broth that was enjoyable and easy on the palate.

The mock meat was definitely the highlight of the dish, it was so tasty that you wouldn’t believe that you aren’t eating real meat! 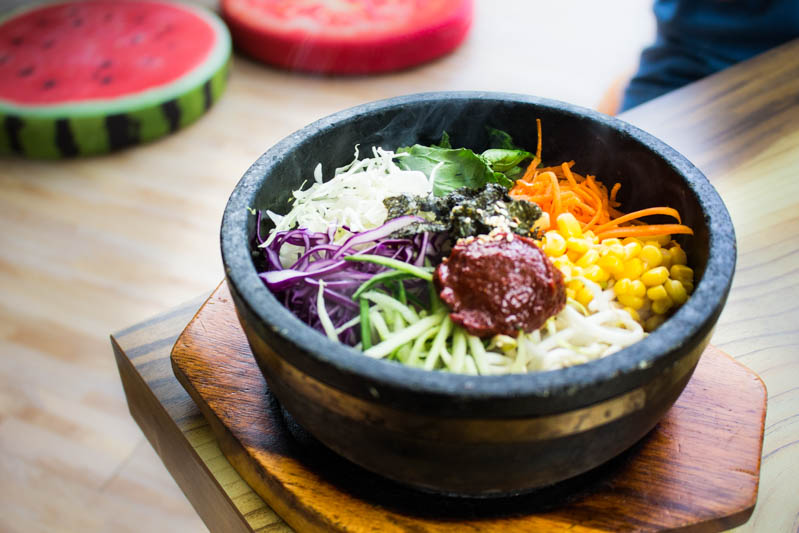 The sizzling hot charcoal bowl of Dolsot Bibimbap ($9.90) came next. I was initially very skeptical about what vegetarian bibimbap mixed with unseasoned vegetables and just a spoonful of gochujang would taste like, but I was proved wrong with one huge spoonful.

The fresh-cut vegetables gave a nice crunch to the dish and the flavours of sesame oil, gochujang sauce and the well-seasoned rice lingered in my mouth soon after it was all gobbled up. The Odeng Bokkeum – Stir Fry Fish Cake ($8.90) that came next was a swicy (sweet and spicy) take on the usual fishcakes. It was crispy, chewy and so delicious that I just couldn’t stop myself from going for the next piece. Once again, I couldn’t tell that this dish is vegetarian!

The swicy sauce was also a nice change from the usual sauce that’s served with Korean fish cakes, and was very delicately balanced. The highlight of my meal was definitely the Kimbap – Korean Rice Roll ($8.90). It’s been ages since I’ve had a large plate of kimbap that is so reasonably priced. Thinly sliced rice rolls with a generous filling of mock meat, cheese, egg and vegetables tasted heavenly.

It was well-seasoned and the mock meat didn’t taste too starchy, complementing the strong sesame oil flavour very well. We just couldn’t stop going for the second piece in between spoonfulls of army stew. 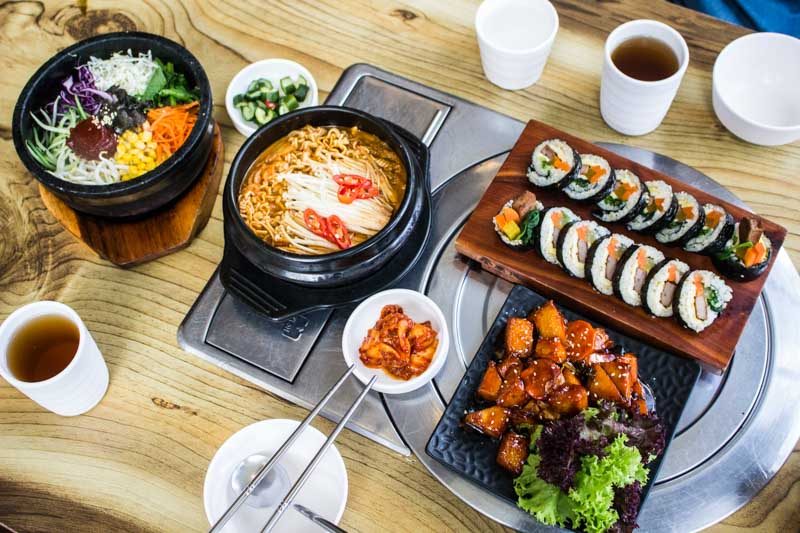 When you’re there, you should also try the Jajangmyeon ($10.90), which is another customer favourite. We only wished we had more tummy space to try the Tteokkochi ($5.90), which is a stone-grilled skewered tteokbokki that is charred to perfection before being coated with a generous topping of spicy sauce.

Order a portion and let us know what you think!

The Boneless Kitchen serves Korean cuisine that is so much more flavourful as compared to the many other Korean restaurants that I’ve tried in Singapore, and the fact that it’s all meatless just blows my mind. Having a vegetarian meal also meant that I did not leave with a food coma, even after such a filling lunch.

If vegetarian options are not something you’ll usually consider, head to The Boneless Kitchen and prepare to be surprised.

Only fully-functioning after I've got my daily dose of caffeine & milo. 10 Coffee Stops In Singapore For A Good Quality Caffeine Fix...