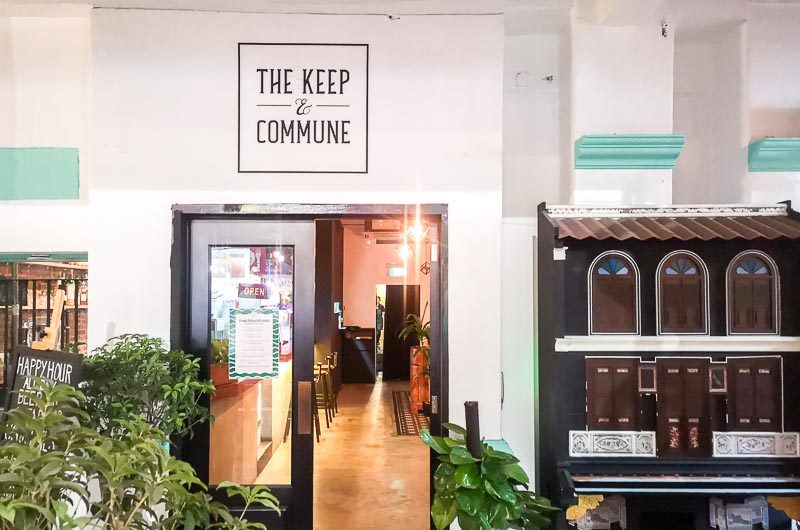 The Keep & Commune doesn’t lend much to our imagination of what a place serves. But sometimes there’s more to an eatery than its name, and this one, situated along South Bridge Road, is a cafe by day and a fusion tapas spot by night. 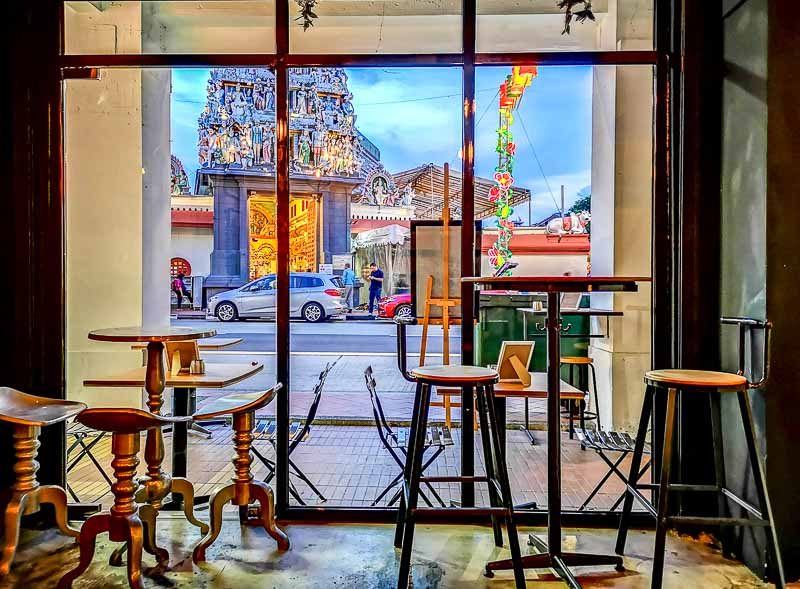 No, the fusion at The Keep & Commune is not one of confusion as my experience was met with really amazing grub and even yummier cocktails. The cherry on top is the scenic view of Sri Mariamman Temple right opposite.

Sure, coming here for a pint or two (they boast a global keep of craft beer!) would suffice, but I personally feel an affinity for the food. The menu is split into East and West, and almost instantly I was drawn to the first item from the East side of the menu. 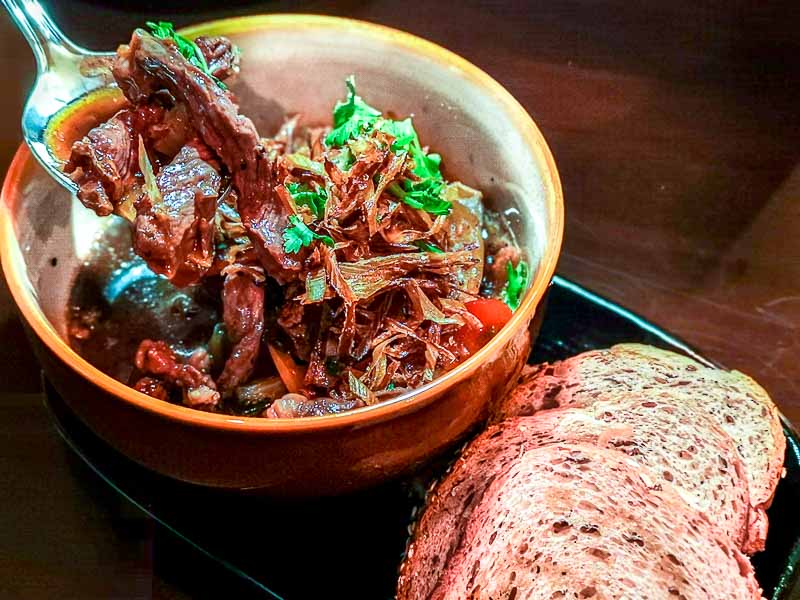 I couldn’t believe how fork-tender and rich the meat was, let alone how savoury the sauce was, which was clearly laced with the rendered sweet French onions.

For the cold rainy days ahead of us, this dish is so good, you won’t want to share it. 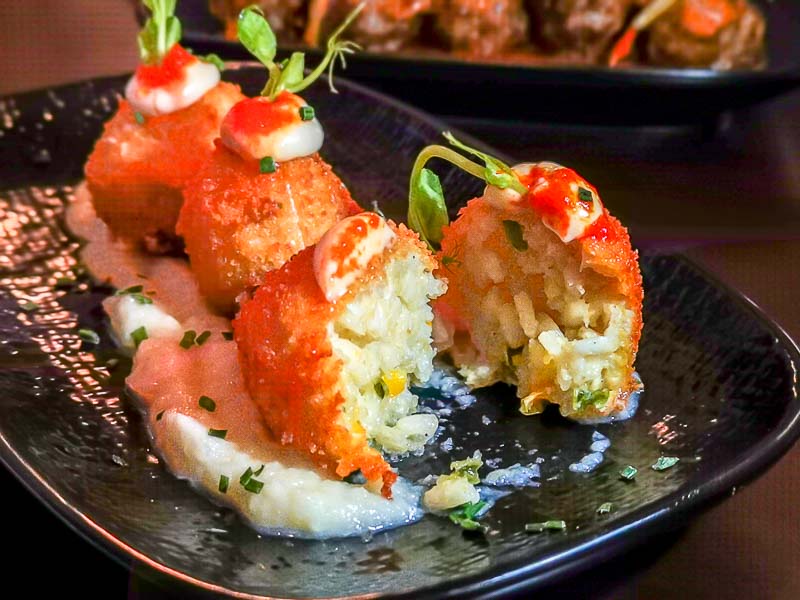 Hopping over the West side of The Keep & Commune’s menu, the Sicilian Arancini Balls (S$12) were an unexpected mouthful of Aboilo rice cooked into risotto, with peas in crumbs with pureed roast cauliflower and homemade mojo verde (loosely translated to ‘green sauce’).

The crumbly shell of the balls was almost granular in texture, which contrasted really well with the soft, chewy centre. The mojo verde accompaniment was a great touch of both acidity and heat, making this appetiser effortless to polish off. 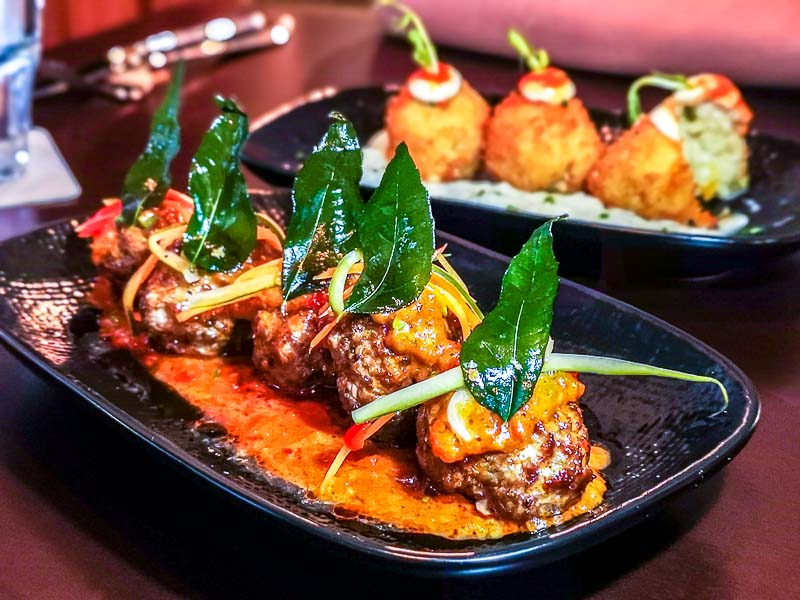 One of the highlights of the evening was the Rendang Meatballs (S$16). The meatballs were made with ground beef, ladled in a shower of coconut cream sauce with Asian herbs and spices. I have to say, the meatballs were divine!

The chew was satisfying, and the heat scale of the chilli in this dish is a solid seven (out of 10). As for whether it truly tasted like rendang, I would say it didn’t, according to my palate at least. In fact, it reminded me of sambal goreng (a Javanese dish made with fermented soya beans and long beans cooked in spicy sambal) instead.

That doesn’t necessarily mean it’s bad; it just means that it didn’t really resemble the familiarity of rendang to me. Another must-order at The Keep & Commune is the Laksa Mussels (S$16). On a serious note though, for this price point, this dish is worth it for more reasons than just its excellent flavour. The stewed Chilean mussels themselves weren’t sizeable but the amount I received was rather generous. They are steeped in a finely-balanced laksa broth with a blend of 14 ingredients, served with a generous side of sambal belachan. The santan (coconut milk) was aromatic and gave the broth a silky mouthfeel.

I couldn’t escape how ambrosial the dish was; the smoky sambal made the dish very well-rounded and intense, not forgetting the naturally-sweet flesh of the mussels.

There’s very little I could fault on the food at The Keep & Commune. I only wish it weren’t tapas-sized portions, if anything, full-sized entrees are definitely the direction they could go, because here, it’s the food that does the talking.