Fun fact: When Ernest Hemingway completed his manuscript for ‘The Old Man and the Sea’, he wrote to his publisher that he felt that it was his best work yet. Sure enough, the book went on to win a Pulitzer Prize in 1953, and is the last significant piece of work of fiction by him before he took his life in 1961.

The Old Man Singapore‘s name takes after this great literary work (with the original outpost in Hong Kong). In a similar fashion, this is a bar that’s impressed me much more than any bar I’ve visited in years. 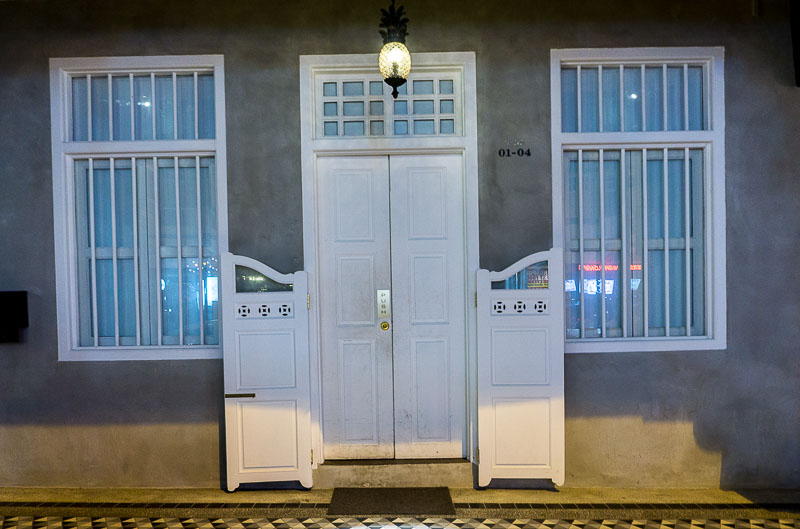 Adding to the drinking scene in Keong Saik Road, The Old Man Singapore is solely signalled by a single pineapple lamp that’s easy to miss. There is no flashy signboard and it’s this discreet entrance that makes you curious enough to find out what lies beyond the wooden doors. When you enter, you’ll notice that it’s been stripped away of the usual high bar one would expect, with a seating area that’s low and no barriers to keep you from interacting with the bartenders.

The bar itself is an I-shaped runway with a built-in cooling strip that runs down the middle to allow you to keep your drink cold as you make small talk. As a homage to Hemingway’s craft, the walls are lined with bookshelves that also serve as standing tables for when the bar gets crowded. The bartenders are the only staff you’ll see traversing the establishment the entire night as they multi-task as servers, cleaners and everything else in between as they flit from one table to another.

It takes social drinking literally, and also makes The Old Man Singapore more than a place for tipple; it’s a place for a meeting of the minds. 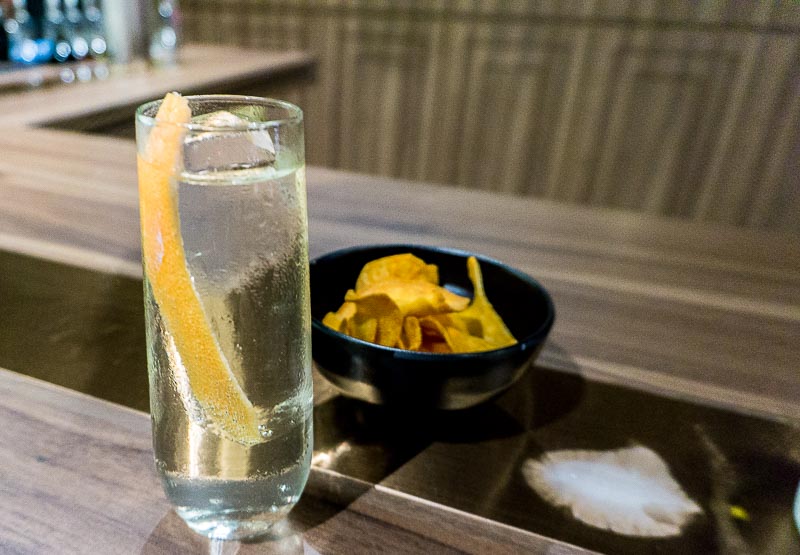 Reminiscent of the song, Islands In The Stream #1970 (S$17) is made with clarified pink grapefruit and salted gin before being carbonated. It’s refreshing and invigorating, making it an easy drink to start off with.

The saltiness only came through halfway through finishing the glass. With simple ingredients like grapefruit and gin, it’s a no-brainer that’ll make you want to decide on your second drink even before you finish the first. 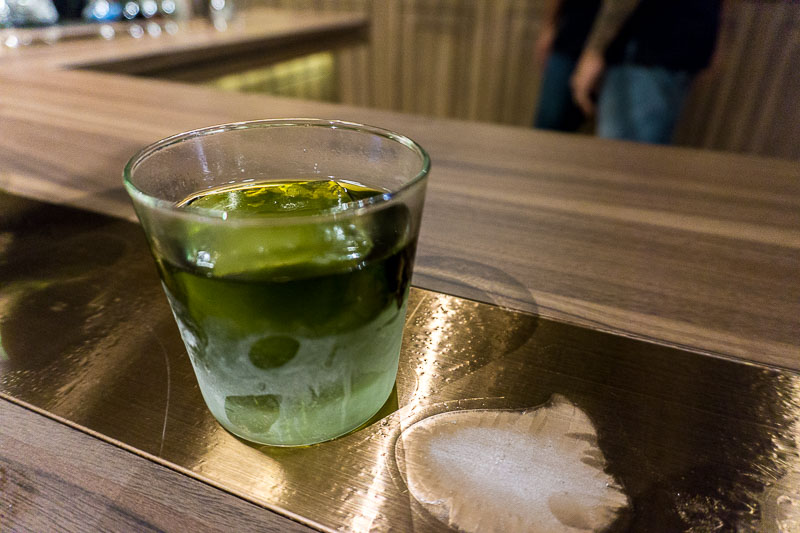 My first glance at The Sun Also Rises #1926 (S$17) made me think of an oil lamp, minus the candle. I was struggling to figure out how best to capture this dark drink when a bartender scooted over to provide the assistance of his handy cellphone torch to show me what I was missing out on. 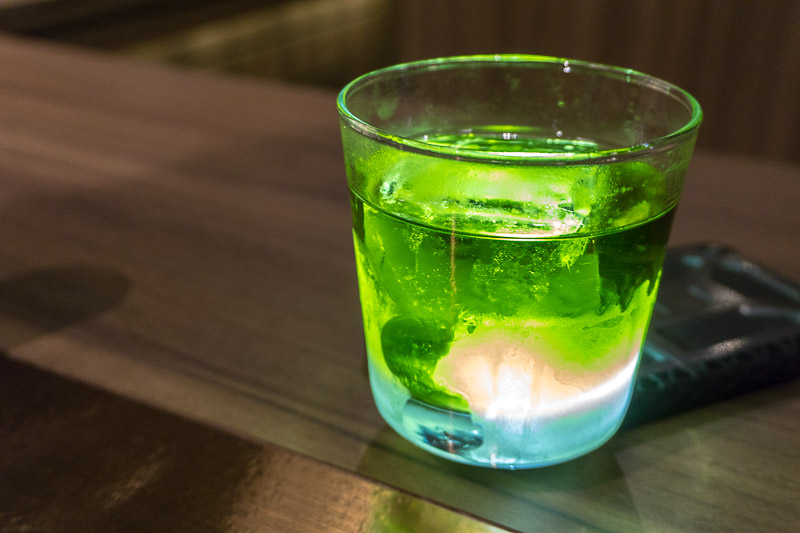 I got a slight surprise when a blinding green mixture revealed itself to me. In this neon-highlighted drink is copra fat-washed applejack, curry leaf-infused Bulldog gin, sweet vermouth sous vide pandan leaves and lime kaffir.

Copra is a fancy word for coconut oil, and despite its menacing outlook, the taste of pandan made it a very pleasant cocktail to down. All their liquors are processed in their lab at the back of The Old Man Singapore; there’s nothing poured into a glass here that comes straight out of the bottles they purchase.

So that fat-washed applejack? Yup, that’s all done in-house, and in limited quantities, so production has to happen every few days. Death In The Afternoon #1932 (S$17) was my absolute favourite (so much so that I ordered it again after the entire flight of drinks!). It essentially tasted like a tropical creamy dessert, all thanks to the coco-pandan yoghurt. Double liquors are always welcome, so finding out that they use absinthe and sparkling wine (along with froth and nutmeg) is a double-win! Don’t worry that it’ll taste awfully strong though; the milkiness played down the alcohol, which made me forget its potency. Jumping straight into the next drink, aptly named Across The River And Into The Trees #1950 (S$17), I could tell this would be my second-favourite. It’s a tropical concoction, with Campari sous vide William pear, Cinzano Bianco, verjus, jackfruit shrub, and soda.

I was puzzled when I came across ‘verjus’, and it was explained to me that it’s simply pressed plucked unripe grapes. It’s not sweet at all and comes in handy as a natural souring agent.

This drink often splits people into two camps, with some saying it has subtle ketchup notes at the end, while others love the acidity of matured jackfruit that’s potent on the nose. 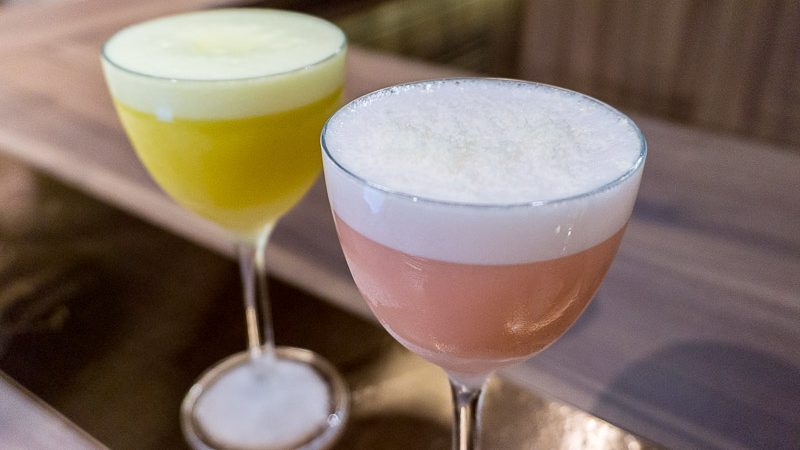 The inner kid in your will love The Snows Of Kilimanjaro #1936 (S$17). With marshmallows Bulldog gin, lacto-fermented raspberry, citrus and gruyere, it’s like an adult Yakult. It’s a fun drink to have, especially when you’re not feeling like having a strong drink and would prefer a mellow evening instead.

Don’t be fooled, however, as the finish of this was still adequately punchy and the gruyere cheese ended off every sip with a decadent silkiness. 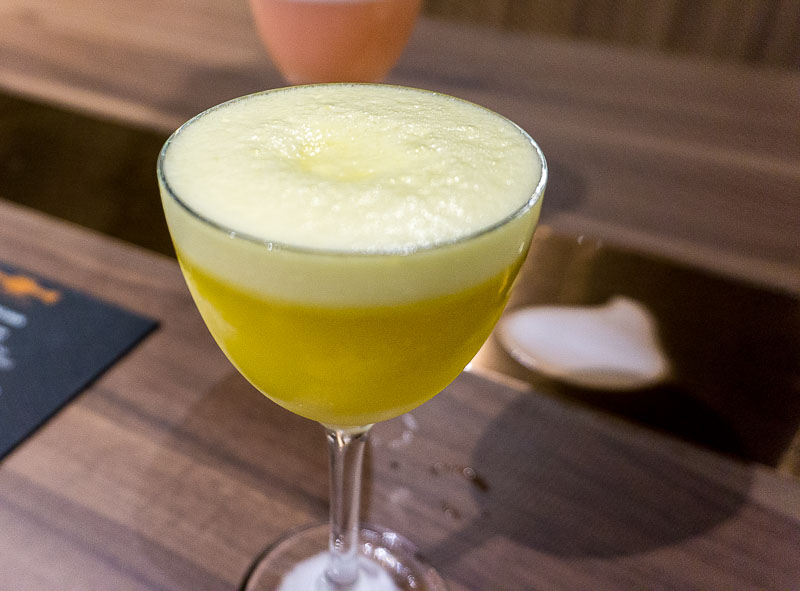 Turmeric was the first hit on the palate, followed by a marriage of turmeric and citrus notes. As quickly as the flavours arrived, they also very swiftly left. 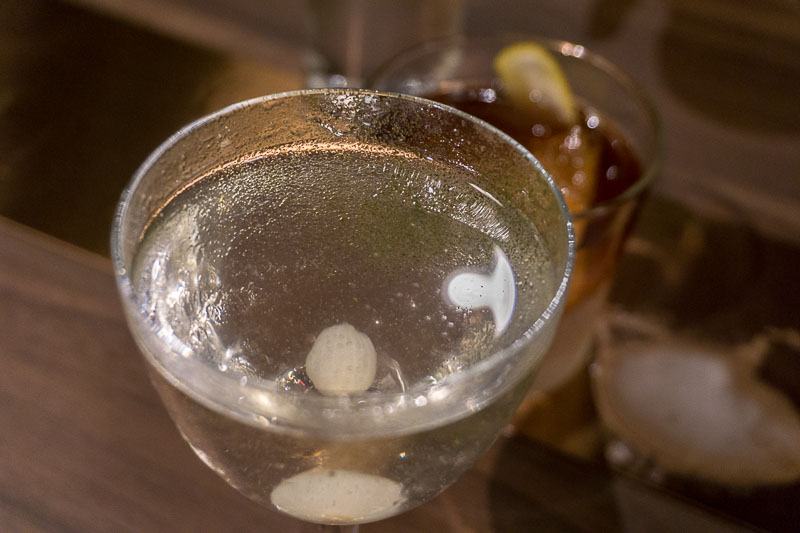 This unassuming drink, A Farewell To Arms #1929 (S$17), proved to be much rougher than the rest. Made with butter-fat washed Bulldog gin, Cinzano 1757 dry vermouth sous vide nori, salted Pernod, and served with an onion pearl and nori dust, it admittedly tasted very much like medicine.

It’s not a crowd-pleaser for sure, and only fans of bold flavours would be able to find beauty in this. I would say take it on as more a textural experience than a flavour trip if you’re still very curious about trying this one. 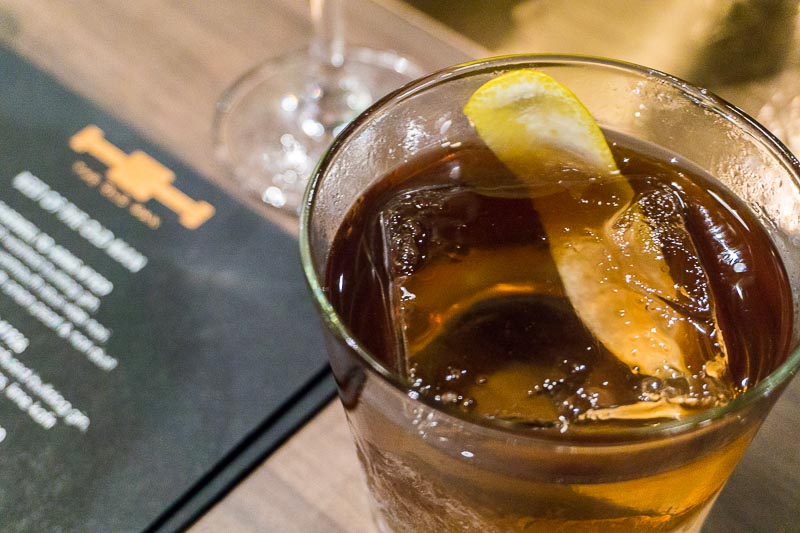 With a name as adorable as Little Wax Puppy (S$17), you’d think you’ll be served something really palatable and welcoming. But you’d be surprised by not only the taste, but also to find out that it’s made with beeswax-infused Russell’s Reserve 10 Year Old, with eucalyptus honey, and bitters.

It’s similar to honey bourbon, but with a spiciness that really woke me up from my now-booze-induced doze. Granted, I was nearing the end of my evening, with a hard drink in hand, so I took the time to nurse this glass for a while.

There’s always a surprise in every drink you order at The Old Man Singapore, be it with regards to flavour or learning about how they treat each and every liquor. It’s the unexpectedness and amicable bartenders that make this place such a draw.

As you may have noticed, all their drinks are priced at S$17 and given the technical skills behind creating the drinks, The Old Man Singapore is well worth the price tag and even more worth your time. Gemmills: This Cafe In Telok Ayer Serves Homemade Dishes That Are...