The Japanese omakase— literally ‘I leave it to you (the chef)’— genre of dining can be one of the most fascinating and exciting gastronomical experiences for the adventurous epicure. Singaporeans seem to love the concept and Unkai Sushi, led by Chef Eugene Lam intends to give them an authentic taste of omakase right here. One important detail sets Chef Eugene’s Unkai Sushi omakase apart from the others: a complete dedication to the freshest ingredients. While virtually every restaurant makes that claim, Chef Eugene follows through with a menu that varies by the 4 seasons as ingredients are harvested or caught.

It’s an interesting, if complex, approach and head honcho, Seth Lui accompanied me for the tasting. 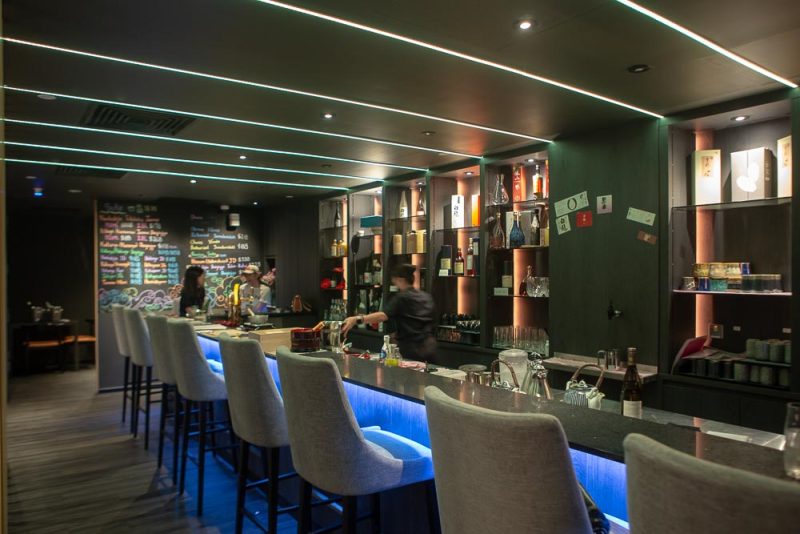 Unkai Sushi is tucked away in Orchard Rendezvous Hotel on Tanglin Road. We were struck by the atmosphere at this new 30-seater restaurant which was particularly warm and inviting.

We were intrigued by the sub-S$100 omakase price tag and were hopeful the affordable Tsuki would live up to the high standards of the genre. I wasn’t thrilled when the appetiser was announced as Black Sea Snail. To my surprise, it did not have the squishy texture that I had assumed. Neither was the flavour overpoweringly ‘earthy’; instead I would describe it as similar to fish with a nice herbal twist. We were off to a good start. 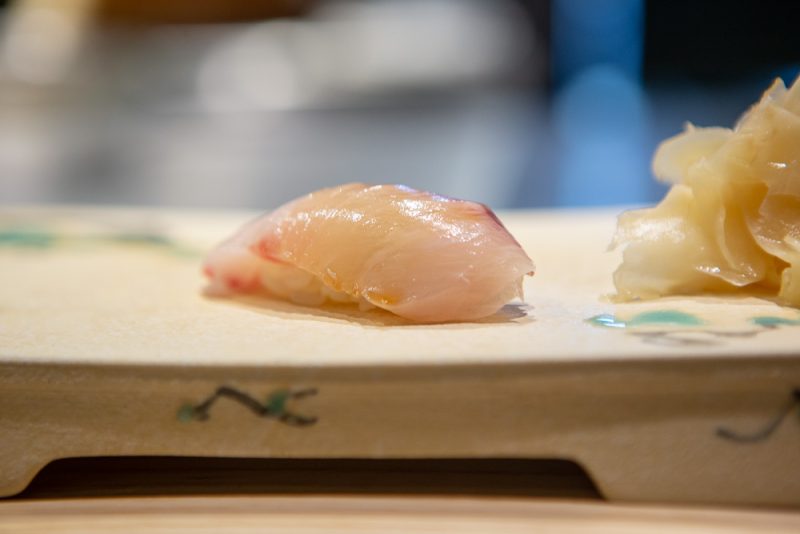 3 varieties of white fish sushi— Shima Aji (Wild Strip Jack), Kinmedai (Golden eye snapper), and Tai (Sea Bream)— came next, accompanied by white vinegar sushi rice. Chef Eugene is very particular about the rice served at his establishment and it is all procured directly from Hokkaido.

The white sushi was exquisite. Part of the reason was the firm stickiness of the rice grains. It is almost as if the fish and the grains impart some of their flavours and textures into each other, creating a mesmerising composite of tastes. 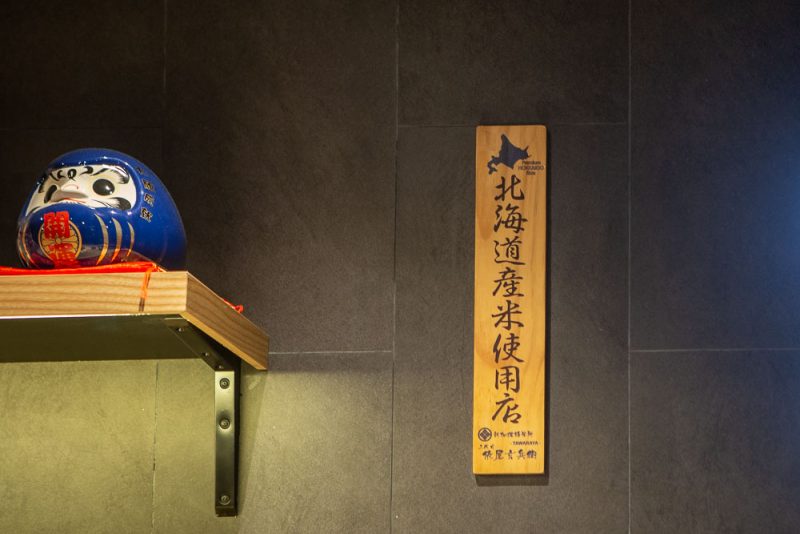 Chef Eugene served us the grilled dish of Nodoguro (Blackthroat Seaperch) next. This is the preferred way to savour this fatty white fish. After the 3 sushis, it was nice to transition to the crispier bite it provided. This was by far my favourite dish— I loved the way the fish melted on my tongue. We were then treated to Kuroawabi, which is braised abalone that is served with Chef Eugene’s special liver sauce that is prepared fresh daily. Made using the highest quality abalone flown directly from Japan, this dish is only available with the S$188 menu. Our omakase journey then returned to sushi, this time of the red variety. Heavier taste notes are characteristic of red fish and this is why Chef Eugene pairs it with red vinegar sushi rice (again of the Hokkaido variety). 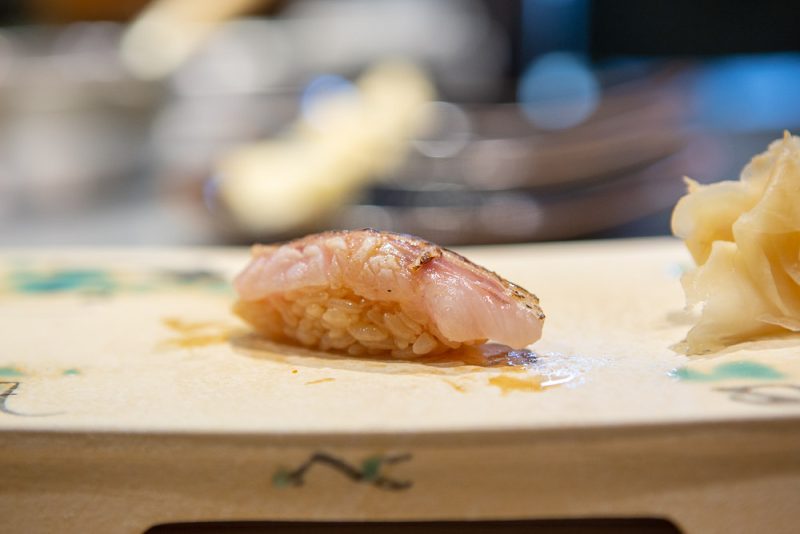 We ended the main course with what Chef Eugene calls the Magic Bowl. No two days see the same Magic Bowl as it is created from the freshest choice ingredients that have arrived on flights from Japan 4 times a week.

The bowl we were served consisted of seasoned sushi rice (Chef’s special recipe), white shrimp, Negitoro (Tuna minced) and Uni. This dish, too, is available only as part of the S$188 Sora omakase. After a fairly exotic journey through the oceans off Japan through omakase, I was quite disappointed that dessert was simply fresh fruit and mochi.

Now, the ‘catch’ I spoke of in the title. I’ve had omakase both in Singapore and overseas and my excursion to Unkai Sushi, while delicious, did not quite live up to the mark, experience-wise.

Though there is no question of the quality of the ingredients, the calibre of the restaurant, and the potential of the chef, these elements just did not come together to create a session that blew me away. Interaction, which is the real soul of omakase, was stilted, perhaps due to Chef Eugene’s focus on the preparation of each dish. Earlier, I touched on the variation of the Unkai Sushi menu by season. This is a tricky and very demanding ask of the chef, particularly at the transition period between seasons. I would like to return for another session in the very near future; the food, flow, and finesse of omakase will likely do the name justice.

10 best curry puffs in Singapore for less than $2

Hass Bawa: One of the best mee goreng plates in Singapore…...