Ura Hototogisu Ramen, Tras St: “I kept going back for scoops of its broth”

Along with the plethora of bubble tea choices that’s been sprouting of late, there’s also been a wave of ramen places with unique broth recipes popping up to tempt you with their tantalising creations. One of the latest to join the motley mix is Michelin-starred ramen house, Konjiki Hototogisu, from Tokyo, Japan at 100AM Mall. With the last four outlets having distinctly different offerings at each one, the new Ura Hototogisu Ramen has three new signature bowls for you to satisfy your ramen cravings. 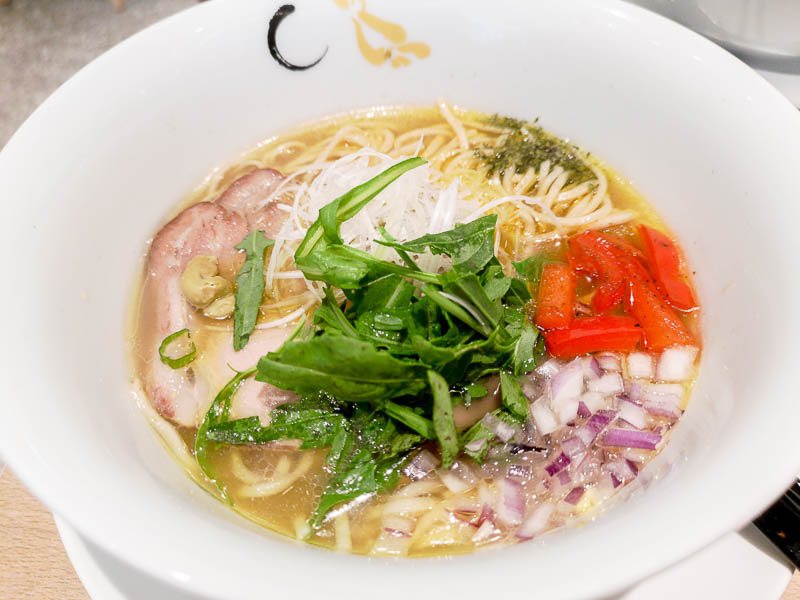 One of them is the Sawara Oyster Ramen (S$15.90). It carries four distinct flavours in one bowl. At an elementary level, there is the Sawara and genmai cha (Japanese brown rice green tea) soup with a light oyster fragrance.

Next, there’s oyster oil for an aromatic emphasis, followed by housemade oyster paste for a rich, deep flavour profile. Lastly, there’s a kick from the garlic butter that rounds out and brings all the layers together. 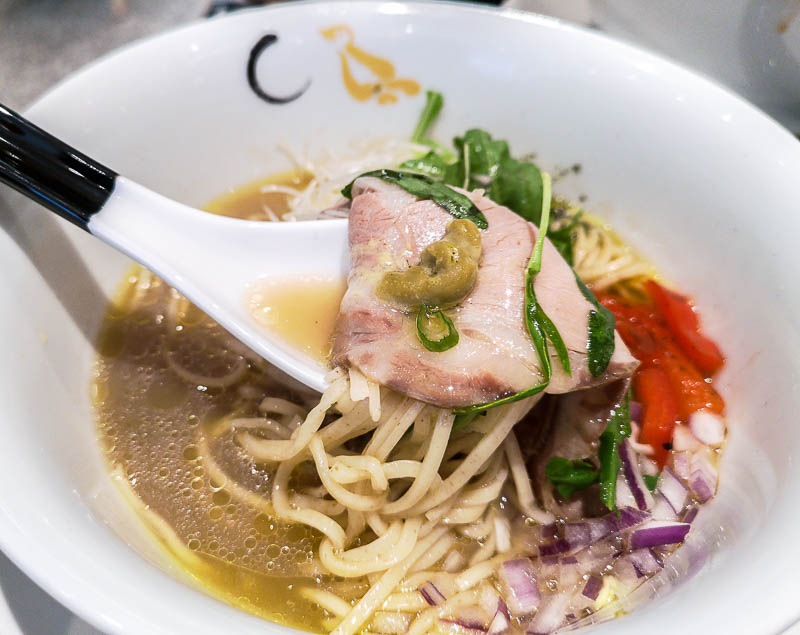 It was quite apparent that shellfish was used in the broth; the undeniable brininess of oyster was hard to ignore. The broth was sweet and carried the ocean’s perfume—a salty, earthy medley of savoury and pungent.

The Iberico cha shu tore apart easily, and required very little chewing. I was on the fence about this bowl, given that it would be every oyster lover’s favourite, but if you’re not keen on strong smells, you may want to try their other signatures. 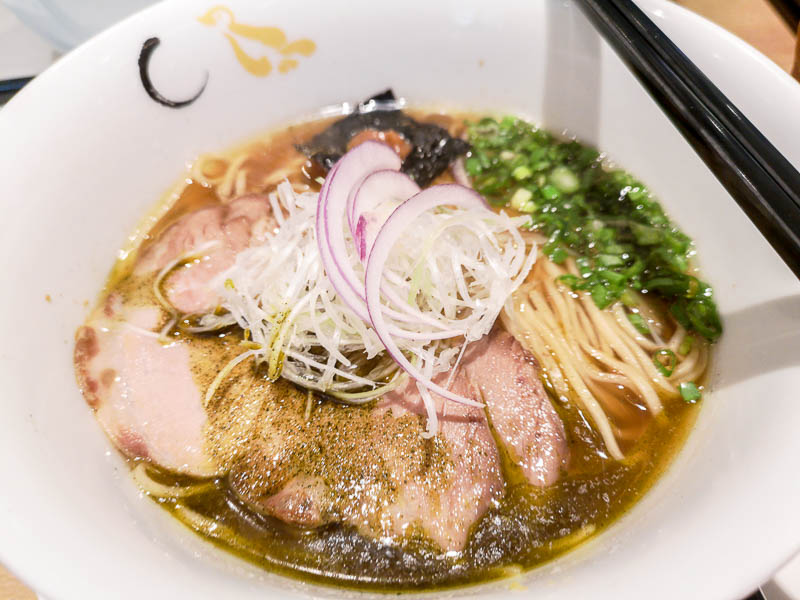 For example, their Sawara Shoyu Ramen (S$15.90) is a creation that many will be familiar with. Shoyu isn’t a novel ingredient for ramen, but there’s the use of smoked umeboshi (pickled plum) that gave it a satisfying tang.

The broth also uses Kyoto Sawara fish in its stock as an alternative ingredient to provide a robust and deep-flavoured soup. What I loved about the two ramens so far was that neither had a prominent slick of oil floating atop, which can sometimes occur. There is also milled genmai cha leaves thrown in when the broth is being heated, so there’s a nuttiness that made this ramen recipe truly irresistible. Between the two bowls I’d already slurped up, this one caught my attention more.

It’s closer in flavour profile to what I usually expect from ramen, which is highly likely why it received my vote. Their third signature bowl is the Asian Fusion Sawara Oriental Ramen (S$15.90). Influenced greatly by Thai flavours, there’s plenty of cilantro, lemon, chilli, and lemongrass to whet your appetite. My first sip of soup got me hooked and giddy with excitement.

Because there are so many different ingredients here, every sip provided a different experience. One moment, I could taste the cilantro, and the next I was hit with a sour punch of lemon. Throughout, however, the medium heat from the chilli was intoxicating and very inviting. 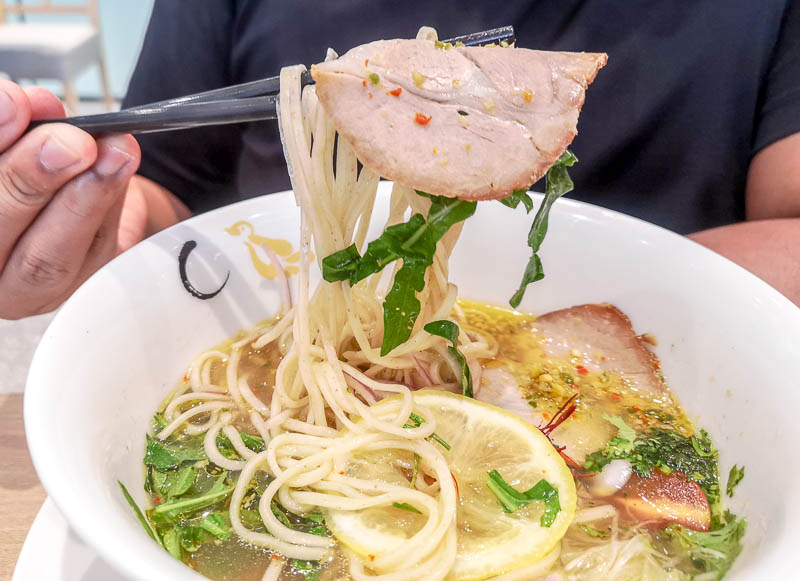 The aroma of lemongrass was simply a thing of beauty. so much so that I almost forgot I was enjoying a piping hot bowl of ramen. It was sweet, sour, tangy and fragrant—ticking all the right boxes for an olfactory immersion. 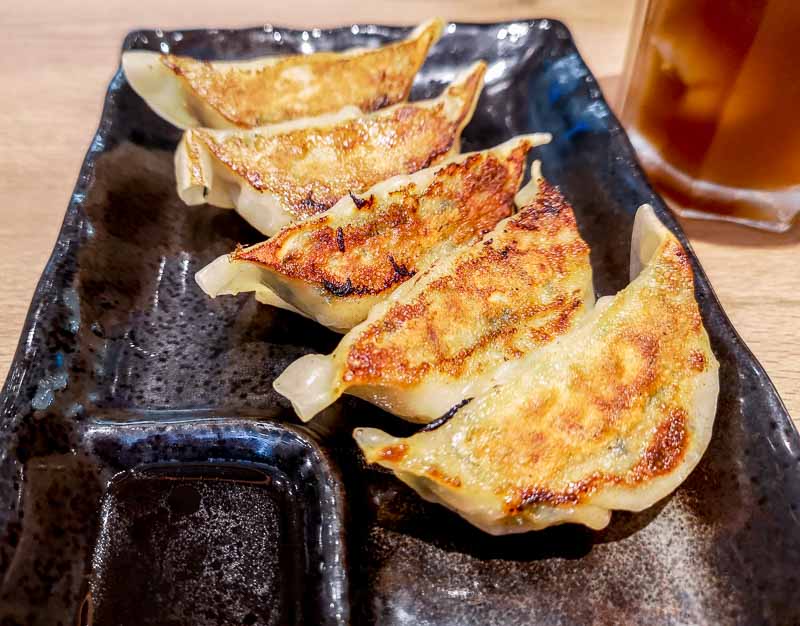 You can’t forget a side of their Gyoza (S$4.90). I’m usually unimpressed by these tiny meat dumplings, but the ones here are fat and stuffed to the brim! The gyoza skin had a nice bite to it, and the char on the underside contributed a contrasting crispy contrast to the soft gyoza skin. 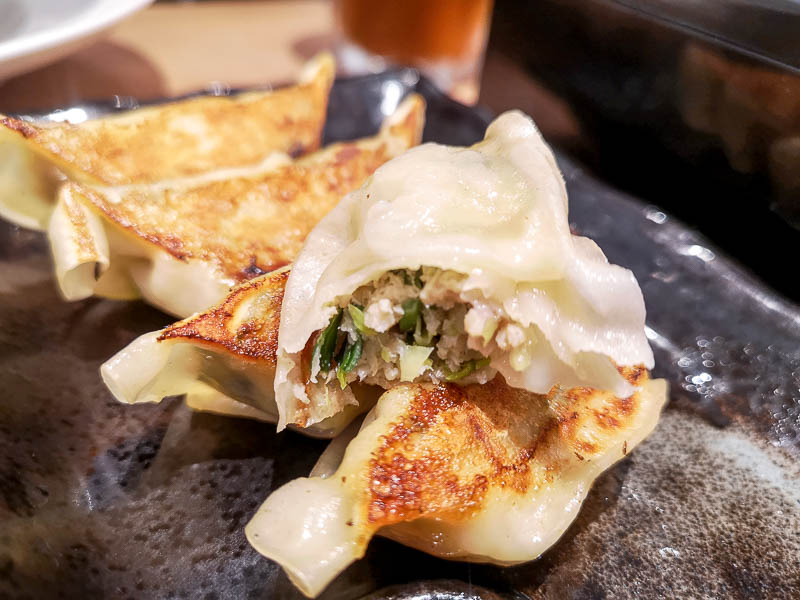 Most gyozas I’ve had looked pale and proved to be rather under-seasoned. I didn’t have the opportunity to ask the staff what their minced pork filling was seasoned with, but it was rich and savoury.

The minced pork was succulent; if I didn’t have three bowls of ramen to finish, I would’ve ordered another portion of Gyoza.

Of all three bowls, I have to say the Asian Fusion Sawara Oriental Ramen is my favourite. I kept going back for scoops of its broth even as I was trying to finish the other two ramens.

For a rather wallet-friendly bowl of ramen that slightly differs from the traditional broths, Ura Hototogisu Ramen is a place worth taking an extended lunch break at—even if your office isn’t around the area.