The queue at A&W has been seemingly ceaseless ever since their re-opening at Jewel Changi. There must be something about Western food we are all drawn to beyond nostalgia-related reasons.

I figure it must be the feeling of getting our money’s worth. After all, ‘fast food’ dining concept restaurants like Aston’s and iSteaks always have my heart, especially when I’m able to get a main and two sides for under ten dollars. 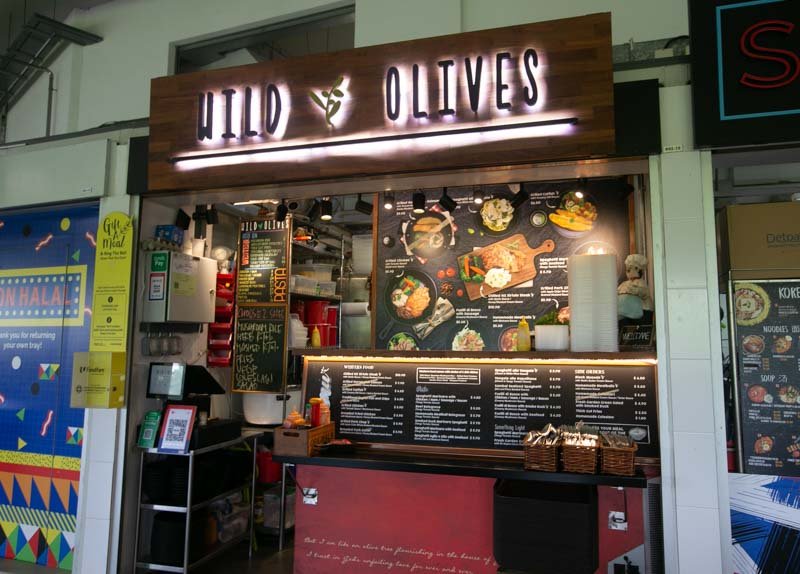 You’ll notice immediately how this hawker centre stars mostly younger hawkers and more modern renditions of the usual hawker favourites. Wild Olives is located on the second level of the duplex, seeing queues even before the stall begins operation daily. 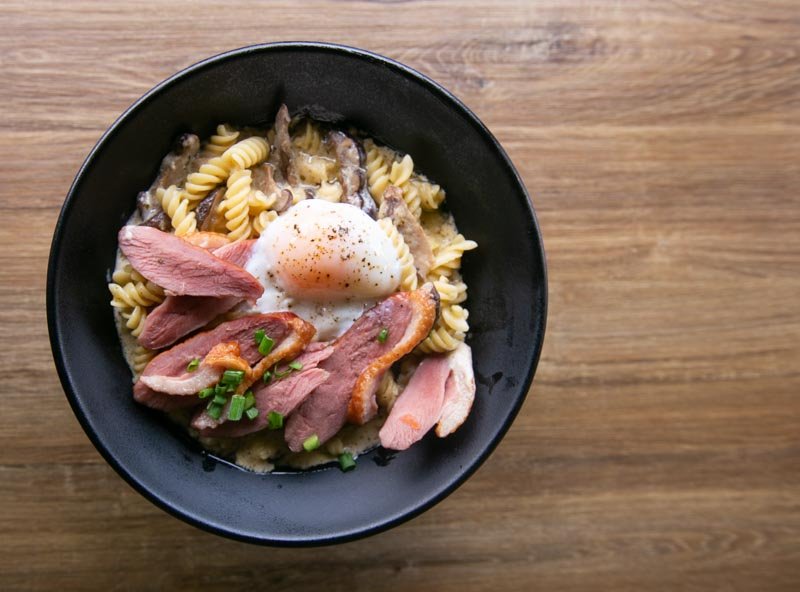 We had our Fusilli di Bosco With Smoked Duck (S$6.20) with an added Onsen Egg ($0.80). The al dente fusilli pasta is doused in a creamy mushroom sauce topped with slices of smoked duck. 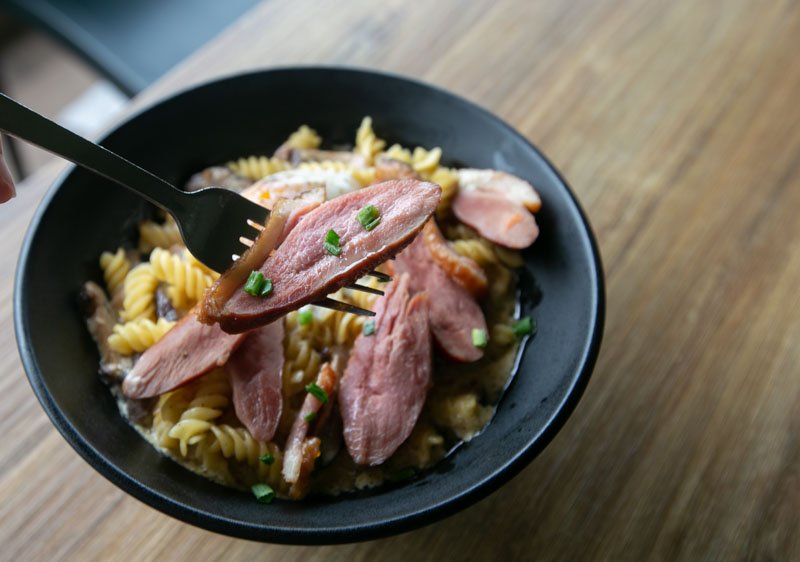 The duck was smoked rather well and was surprisingly tender. Though the fusilli was flavourful, the huge portion of creamy pasta made me too tired to finish alone. 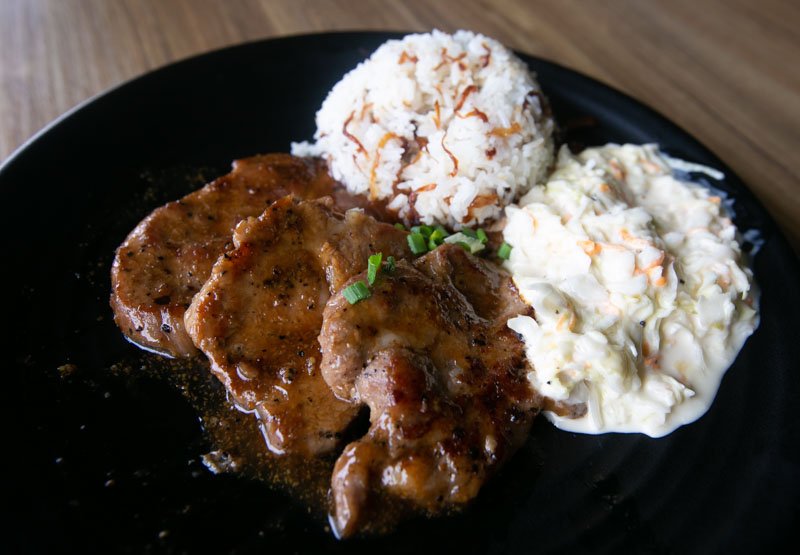 Their Grilled Pork Chop (S$5.90) came with two complementary sides of our choice, as with the rest of the items under the ‘Western’ list. We opted for their Signature Mushroom Rice and Homemade Coleslaw. I’ve always been very on-the-fence about pork chop; with most, I’ve had them too tough to bite or cut through. But this pork chop definitely stood out, as cutting through it was almost effortless.

Pork and apples are a classic killer combination. In this case, the pork chop came with apple cider whole grain mustard sauce which elevated the taste of the pork, adding sweet and sour notes to it. With mac n’cheese being my go-to for complementary sides, I was initially hesitant to order rice instead. Their Signature Mushroom Rice ended up being simple but delicious.

Although it appears to be merely plain white rice, it was rather fragrant, having been fried with shallots and shiitake mushrooms. 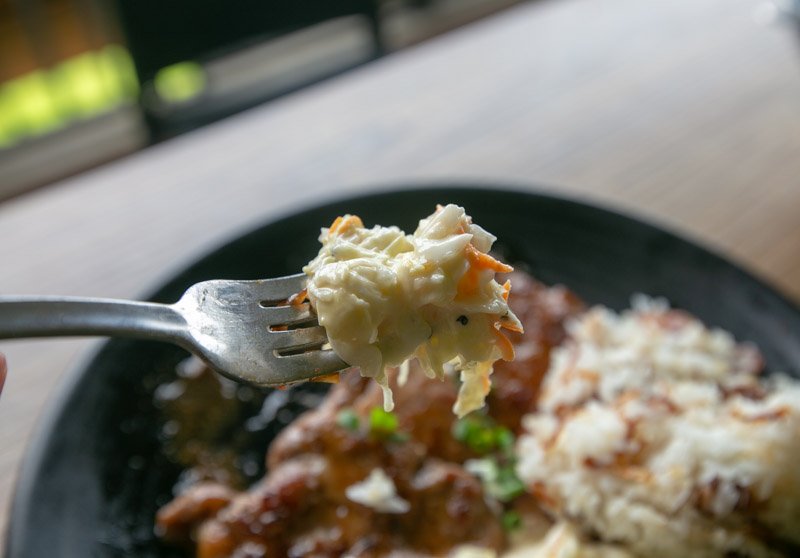 The coleslaw on the other hand, was fresh but tasted quite ordinary. Their Grilled Herb Potatoes side is one that many customers enjoy, being slightly crispy and having a good flavour. 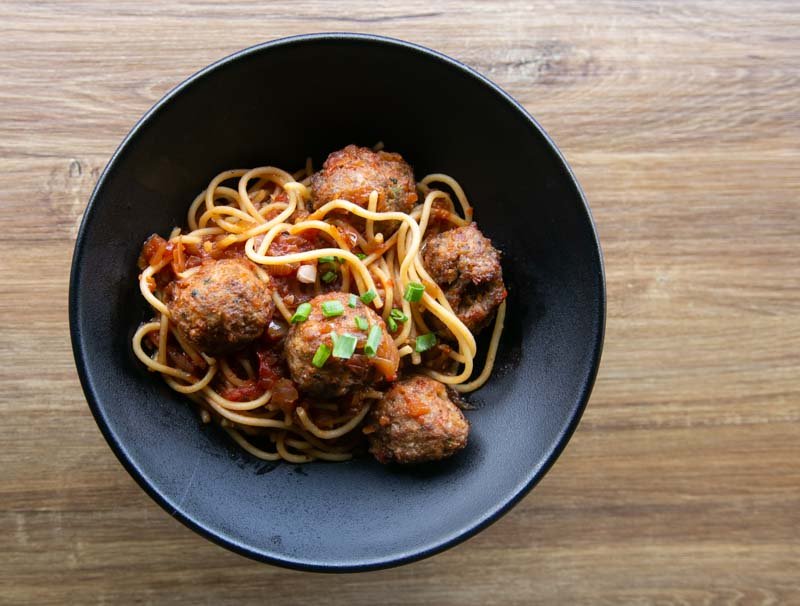 Instead of getting the sides, we decided to go for another pasta bowl, their Homemade Meatball Bolognese (S$5.70) which features their meatball side dish. 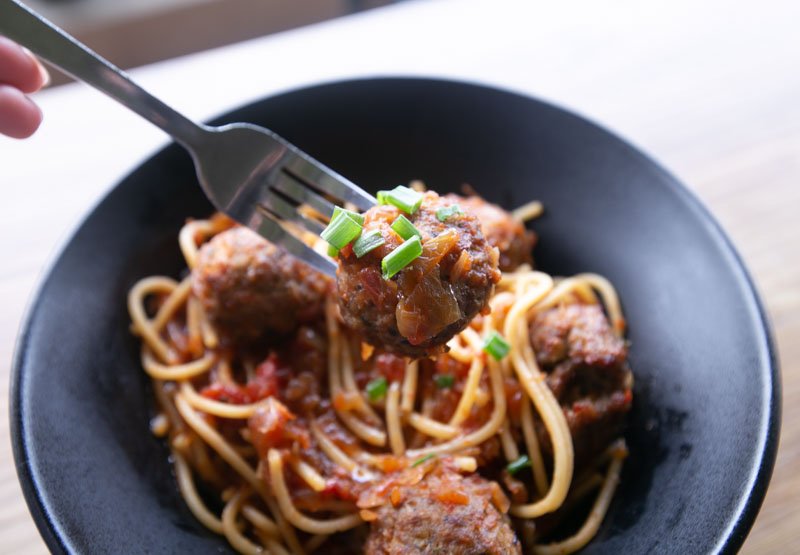 While the Homemade Meatball Bolognese comes with a ‘tangy tomato sauce’ as indicated in the menu, we felt that it would taste rather similar to the marinara sauce coating the meatball side dish.

After all, a marinara sauce by definition is a type of tomato sauce. Their pasta is consistently well-cooked across the different kinds they offer, all of which have a good bite. 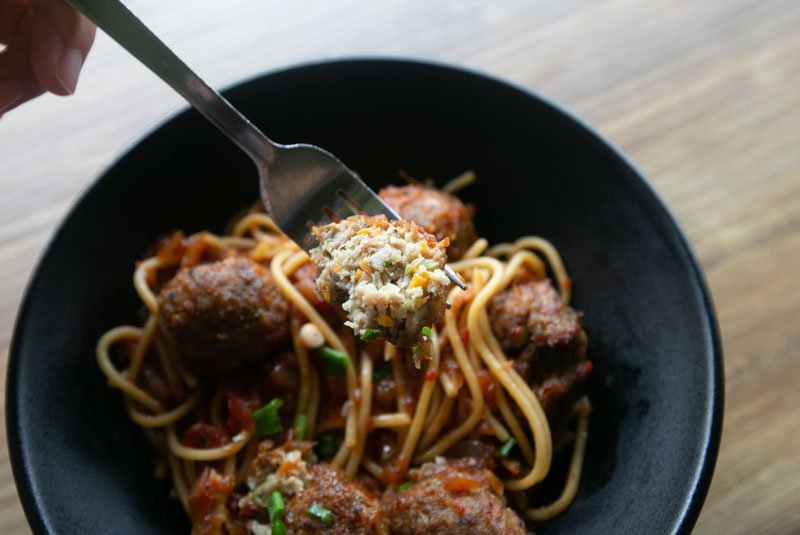 The orange specks of carrots in the meatballs are definitely an indicator that they were made in-house. Though flavourful, the homemade meatballs were not as juicy as I hoped.

The whole pasta dish was done well overall, but perhaps adding a dash of grated parmesan cheese on top be a good finishing touch.

It’s a real bummer to have to travel all the way to the East to enjoy this value-for-money western food. If you’ve been to Fareground, you’ll notice that there are several similar stalls selling reasonably priced western food as well, but none draws quite a crowd as Wild Olives’.

The queue shouldn’t deter you, especially if you live in the area, since it moves pretty quickly.