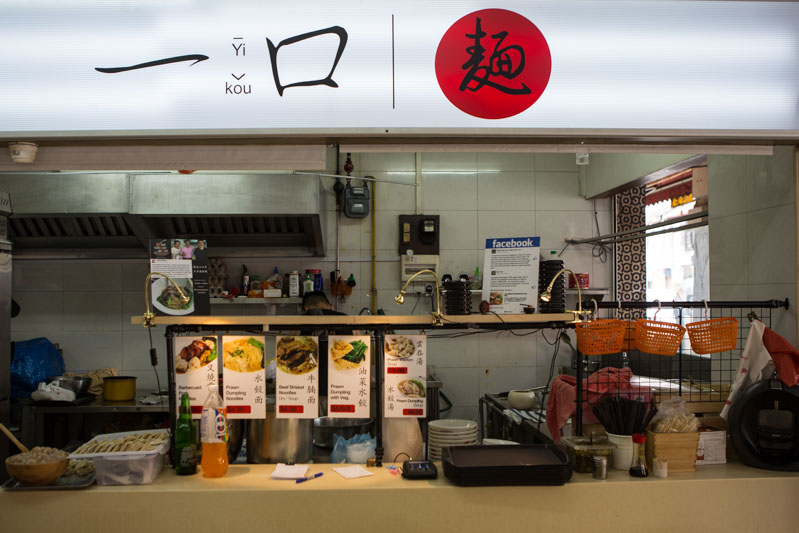 Wanton mee, or dumpling noodles, ought to be one of the most quintessential Singaporean dishes out there. I bet most of us have our go-to wanton mee stall, but when a new stall pops up, such as 一口面 Yi Kou Noodle, we definitely have to try and find out how it fares.

Located at the corner of Geylang Lorong 27, this humble stall is opened by an ex-interior designer who switched jobs to carry on his father’s 50-year wanton mee legacy, located at Chinatown previously. I firmly believe in quality over quantity, and so I was pleased that the stall has a small menu of five item — it’s always better to have a few dishes that taste amazing, than a huge array of food options that are not done well. 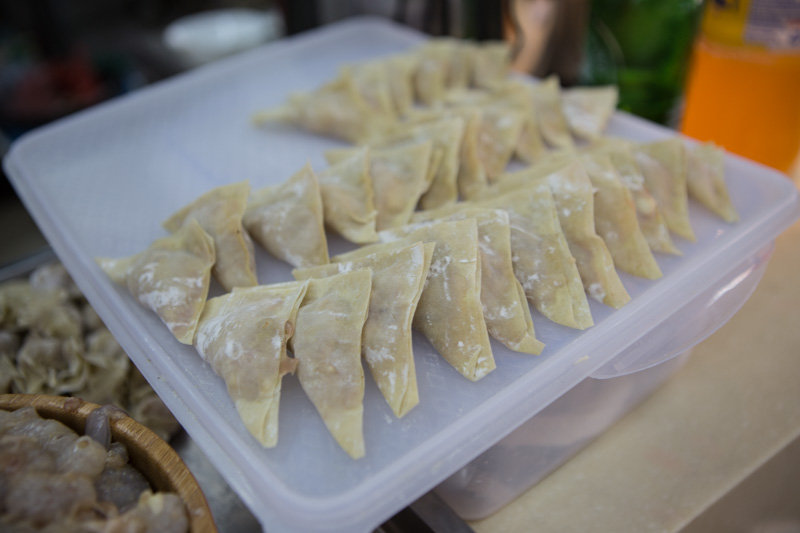 While we were there, we saw the store owner’s mother making dumplings on the spot too. The filling had more prawns than anything else, and it was already causing us to salivate for the meal that’s ahead of us. 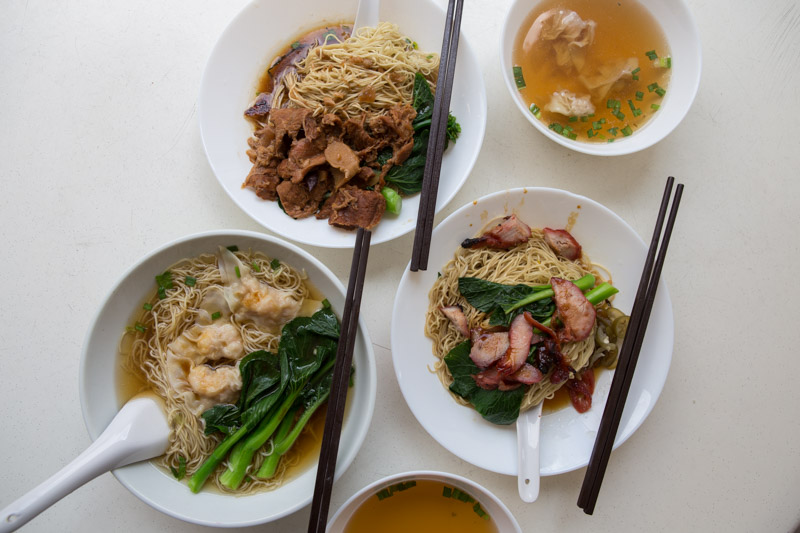 We ordered all three noodle dishes off the menu, and had to wait for about 15 minutes as the chef was changing out the water to cook the noodles. Once again, I was impressed by his discipline to maintain a high standard for the food served here. 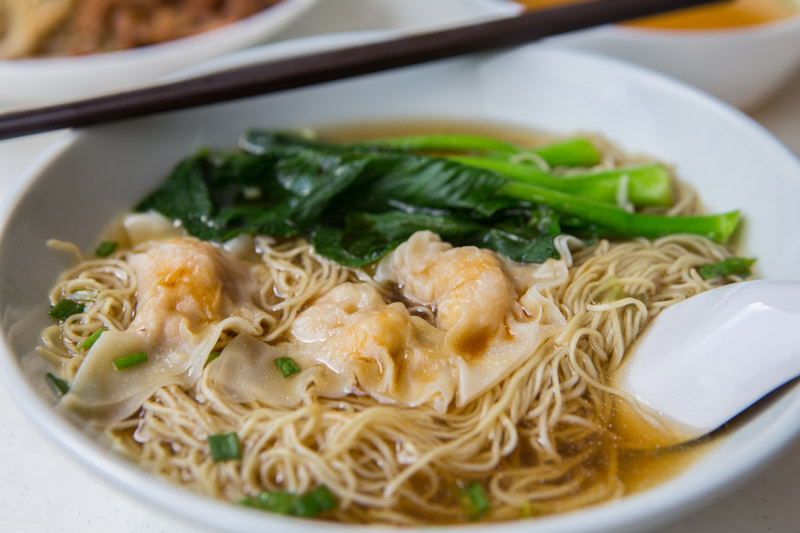 Our first noodle dish was the Prawn Dumpling Noodles ($4). The soup was not the most spectacular; I felt that the original taste of the soup was somewhat overshadowed by the alkaline taste of noodles. 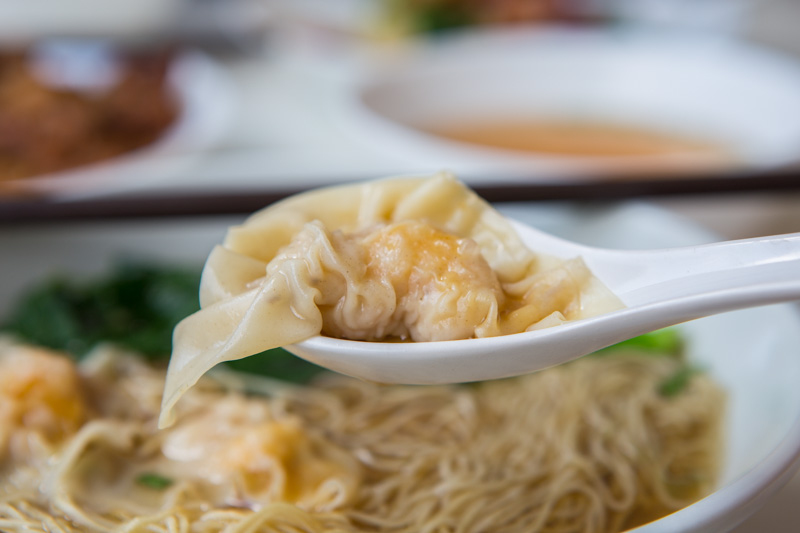 Thankfully, the prawn dumplings were the dish’s saving grace. The dumpling (and wanton) skin was kneaded by hand, resulting in a soft and silky texture when cooked. I was pleased that the prawns were cut in generous chunks, which were springy and fresh. The chef also shared that chestnuts and mushrooms were included in the filling, contributing to the dumpling’s crunchiness and flavour.

Next up was the Beef Brisket Noodles (Dry) ($4). Just look at that pile of beef brisket served; for this price tag, it’s definitely a steal! The appetising aroma drew us in, and we weren’t disappointed. The beef pieces were practically falling apart as we picked it up with our chopsticks, it’s that tender. I preferred the noodles in this dish instead, as there was more zhup (sauce) to slurp up the noodles with. The chef uses only eggs and flour to make the dough, which he kneads by hand every single day, resulting in noodles that are springy. 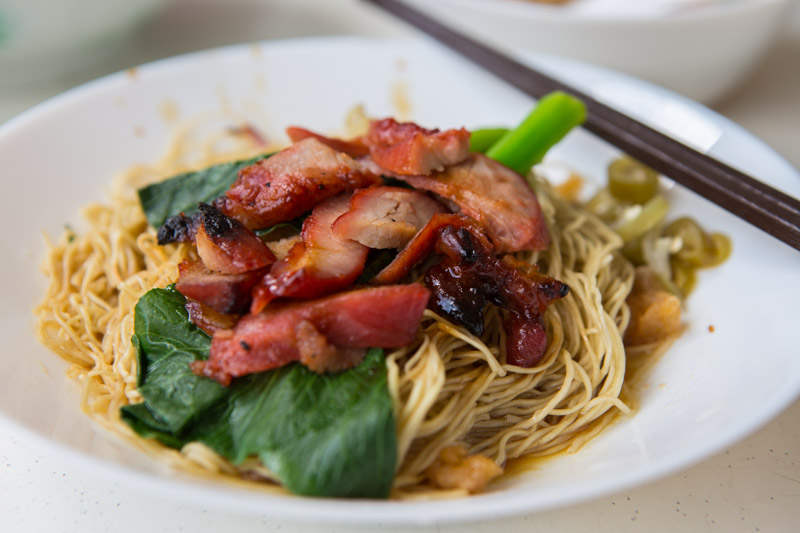 Our last plate was the Barbecued Pork Noodles ($3.50), served with a bowl of wanton soup at the side. Spot the pieces of crispy lard in there as well! 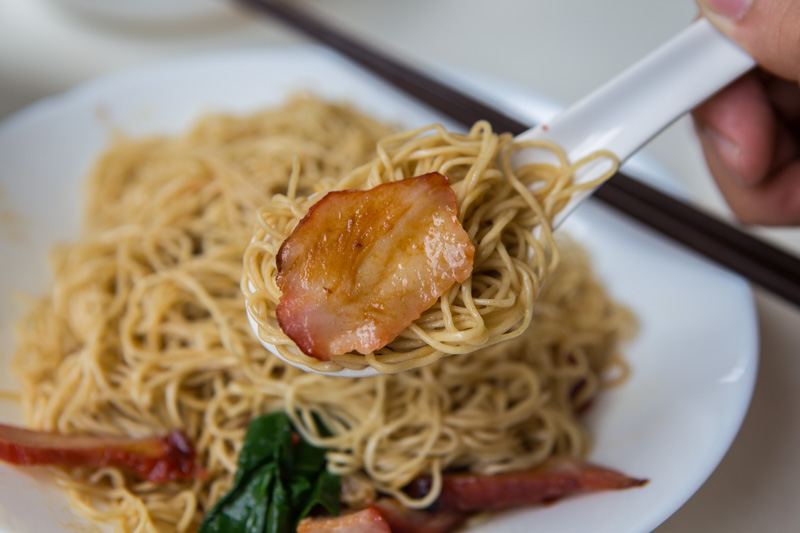 The char siew had the right amount of fat in it and not too lean. They were also cut thickly, resulting in a satisfying chew when you eat it together with the noodles. The sauce was slightly less salty and will be suited for people with a lighter palette. 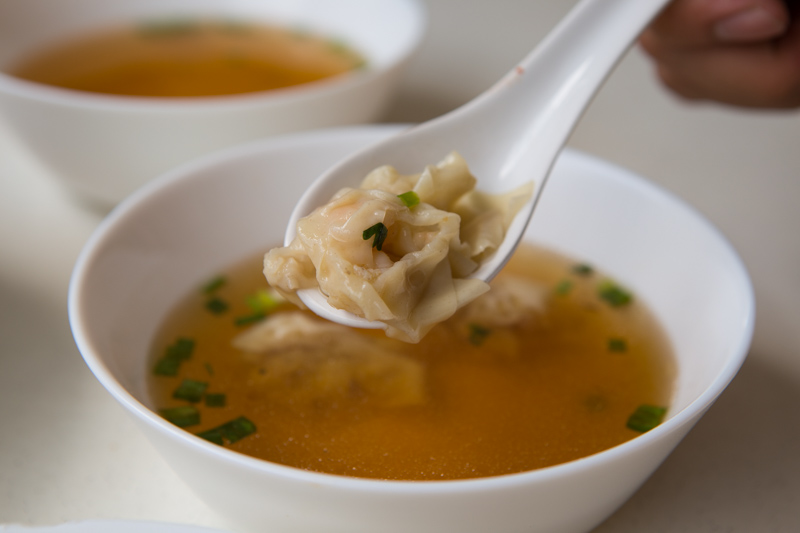 The wanton was pretty decent as well; though nothing to write home about. I would suggest going for the prawn dumpling instead, as the latter would have more liao (ingredients) inside. 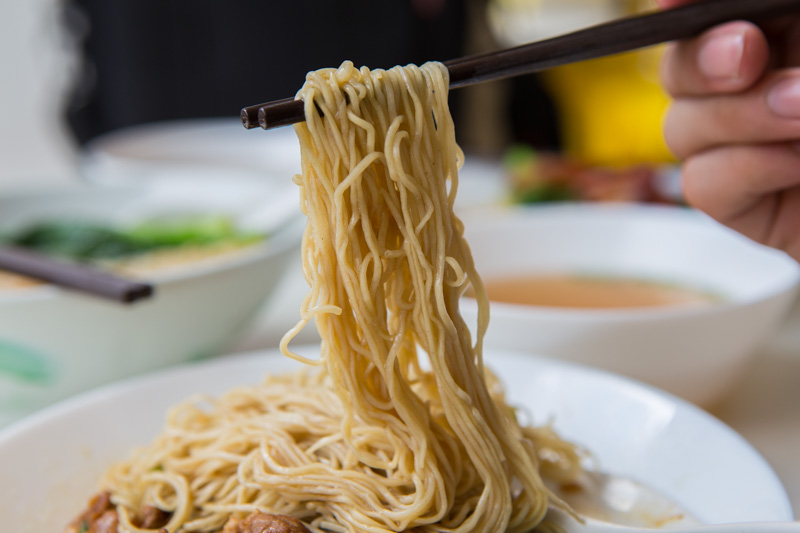 All in all, this new stall in Geylang deserves a try. Located only five minutes away from Aljunied MRT Station, do visit and support them if you’re in the area. Who knows, you might find a new favourite wanton mee stall.

Previous articleATLAS: Party Like Gatsby With Fancy Dishes & Over 1000 Types Of Gin At This Grand Bar In Bugis
Next articleSnow Aged Sake: Try Some Of This Rare & Unique Sake Delivered Directly To Your Home