Move over bubble tea! Hi Tea, situated outside Far East Plaza, is riding the new wave of fruit tea hype. The homegrown brand is bringing its own special twist by using cold brew tea in the drinks.

The brand’s focus is on quality tea that’s healthy, so real fruits are used to flavour the teas with no artificial syrups added. 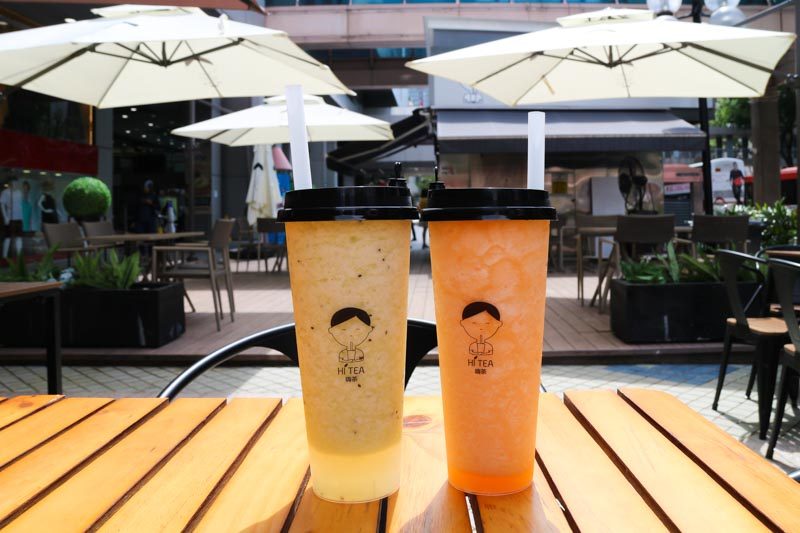 We decided to try the Rockmelon Ice ($5.20) and the Kiwi Ice ($5.20), which feature slightly more uncommon fruits to have in drinks. The Rockmelon Ice was subtly sweet, and pleasantly fragrant. The beverage itself was very thick and smooth. Overall, the cup sizes were really large, perfect for sharing with a friend. Considering the price point, I would say that sharing one cup of tea between two people makes it a very affordable option as compared to other fruit tea joints.

Icy fruit tea that’s healthy and helps us beat the Singapore heat at the same time? We’re sold. We’ll definitely be back to try the Mix Fruit King which features a medley of cut fruits!

Expected Damage: Starts from $3.20 per cup

Previous article10 Snacks To Light Up Your Taste Buds At Light To Night Festival 2018: Colour Sensations
Next articleChannel Your Inner Beach Bum With BBQ & Booze For Australia Day At Tanjong Beach Club On 28 Jan East Meets West With The Return Of This Popular Burger Pop-Up...