The latest buzz phrase in health fads is ‘ketogenic diets’ and it’s no surprise that more and more cafes are creating menu items that cater to this rising trend.

What is a ketogenic diet? Known as keto for short, it’s a food intake plan that emphasises low-carb ingredients like meat, fish and chicken, cheese, eggs and low-carb vegetables. 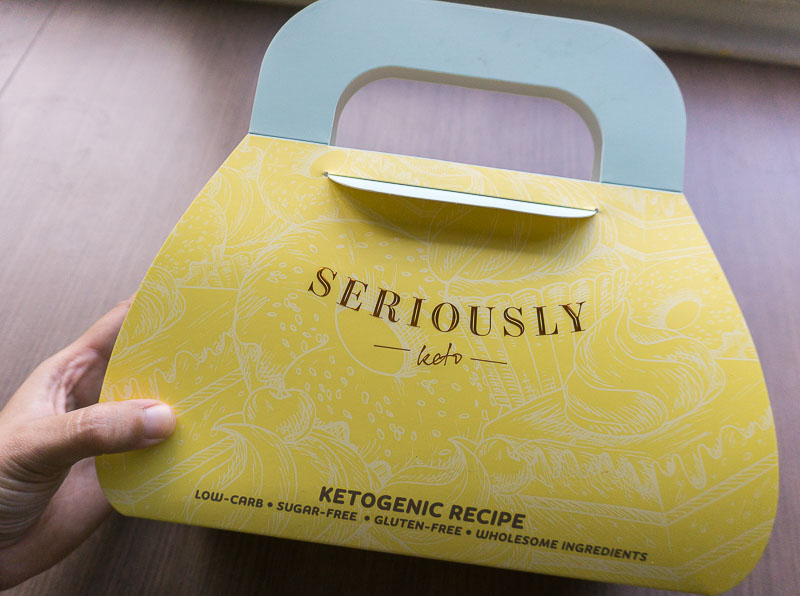 One such place which is great for those following this lifestyle is Seriously Keto. It doesn’t have a brick-and-mortar shop, but it takes orders via its website and organises a pick-up point in Orchard Central.

It features gluten-free and sugar-free bites, making this online business very appealing for those who wish to take small steps in consuming less sugar. Their goods are made-to-order, so a day’s notice in advance is necessary. 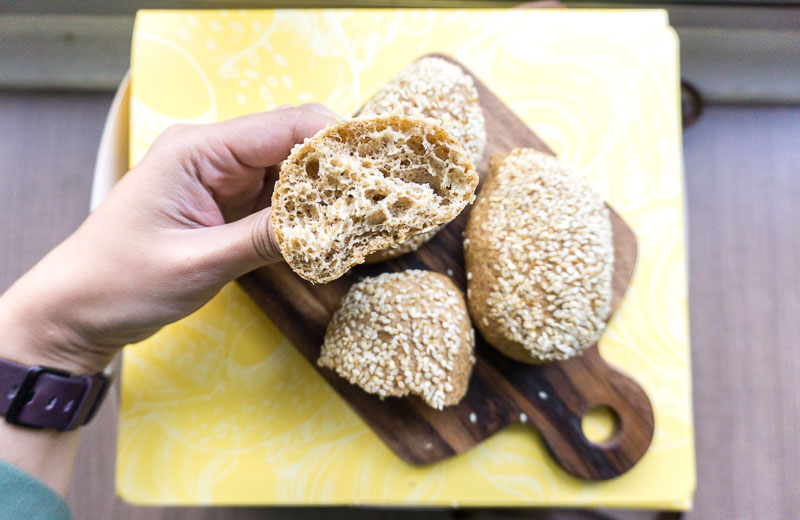 It’s made with almond flour, onion powder, apple cider vinegar and unsalted butter, for a total of only 2.9g of carbs.

It was fluffy indeed. But for those who are used to the sweetness of regular bread, you’ll find this leaning towards very bland and almost like paper. It’s a very acquired taste, but I’m sure if you eat it regularly enough, you’ll learn to get past the unpalatable flavour. Their KetoCup range features a variety of cupcakes that look dainty and pretty, almost too pretty to eat. After I’d had a bite of their KetoBun, I was sceptical of how good the KetoCup range would taste, but hey, I wasn’t going to go in with judgements, so I took my first bite. 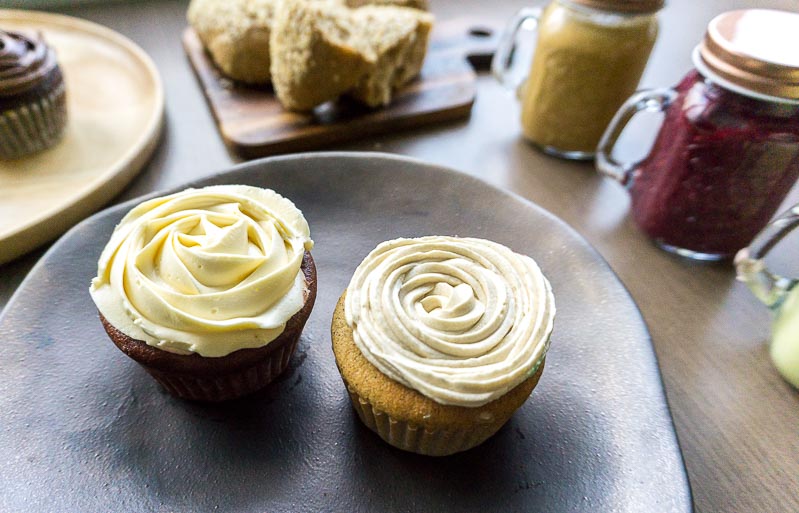 It features a cocoa content of 85%; it was very bittersweet, and the buttercream atop did little to assist in sweetening this cute treat. Milk chocolate lovers won’t take an easy liking to this. On the flip side, however, you’ll be glad to know their cupcakes were satisfyingly moist! 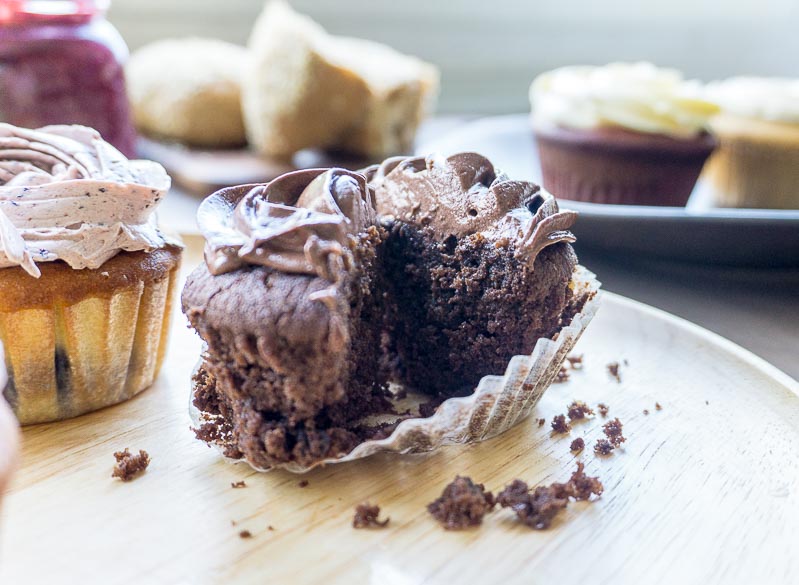 The Pandan-monium and Cloud Nine Cinnamon were a stark difference from regular cupcakes. So far, the impression I was getting is that those completely new to 100% keto-friendly, gluten-free and sugar-free desserts would struggle to acclimatise their palate to these very dialled down bites that were bordering on insipid cardboard.

The best of the lot (and when I say ‘best’, I mean most “regular-tasting”) was the Viva La Velvet. Made with unsweetened Greek yoghurt, it still had a bitter finish. But overall, I still enjoyed this a lot more than the previous three. 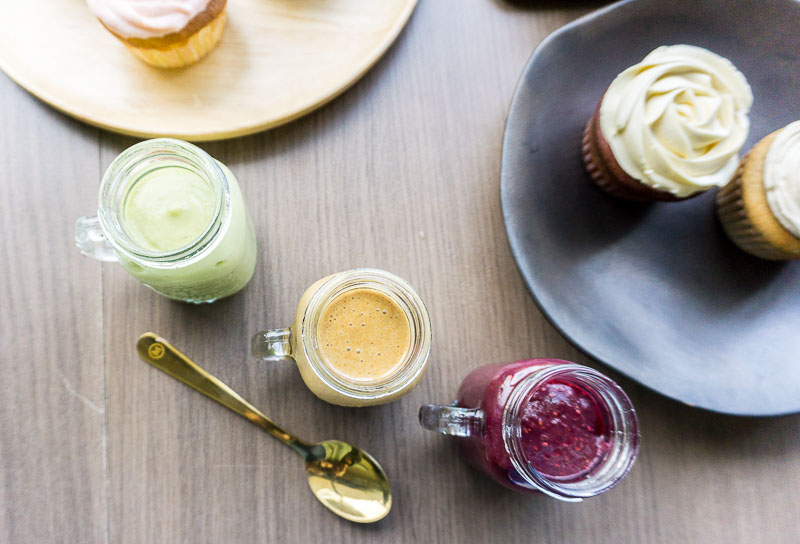 I also tried Seriously Keto’s KetoSpread range, featuring Forest Fruits (S$9.90), Kaya Kryptonite (S$9.90) and Utter Nutter (S$5.90). They all come in 80ml bottles and have no preservatives or colouring, so their shelf-life is shorter than mass market spreads. 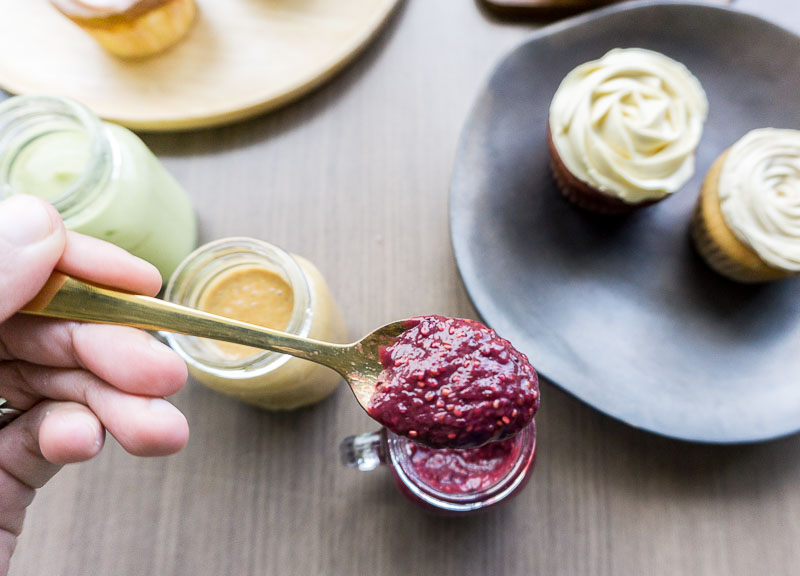 Out of all three, I really enjoyed the Kaya Kryptonite the most, as it was mildly sweet and had a potent pandan aroma and flavour. For something that I’d typically enjoy for breakfast, I wouldn’t need to worry about consuming unnecessary sugar early in the morning.

The Utter Butter is a great alternative to store-bought peanut butter spreads as they don’t contain stabilisers or an excessive amount of sugar. I love my nut butters straight to the point, with just nuts and a touch of salt.

I wanted to give Seriously Keto a try because I’m naturally a curious foodie, but also because I wanted to give keto-friendly eats a go without judgement. There were definitely more misses than hits with this attempt, but I would reason that it’s due to the simple fact that my palate isn’t used to these muted flavour profiles.

Admittedly, I know I need to cut down on sugar, so this would be a good start for someone wanting to take a step in that direction. Would you be curious enough to give these healthier alternatives from Seriously Keto a go?