McDonald’s new D24 Durian McFlurry is out, and its been barely a month since McGriddles took Singapore by storm. However, like most of their limited-time offers, it left as fast as it came. But fret not, on 5 July 2018*, the king of fruits will grace the McDonald’s outlets in Singapore.

*We headed down to our nearest McDonald’s at Toa Payoh SAFRA on 3 July and found out that they already have it on their menu. So we dug in. The D24 Durian McFlurry ($4) is said to consist of chunks of our nation’s favourite fruit (Yes, apparently it is “made with real D24”) swirled into vanilla ice cream. But it was more of a puree, and we wished that it had more durian flesh in it.

But with the sweltering hot weather these days, what’s there not to love about this? 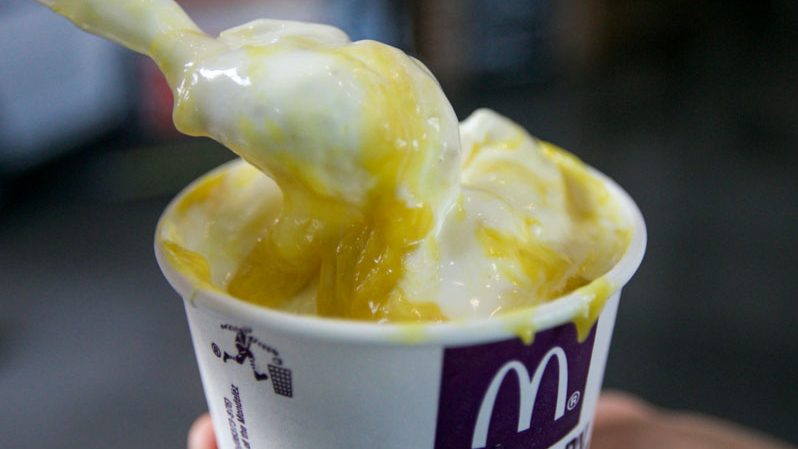 Be sure to get it quick though, lest it shares the same fate as the D24 Durian McFlurry when it first launched in Malaysia in 2017. (It was sold out within a week!)

*Seth: I tried it and thought it tasted like budget Durian potong ice cream – not a fan.