Monopoly is no longer just a game for children. With The Ritz-Carlton’s Super Brunch (S$298++) on 17 March 2019, you can channel your inner tai tai. 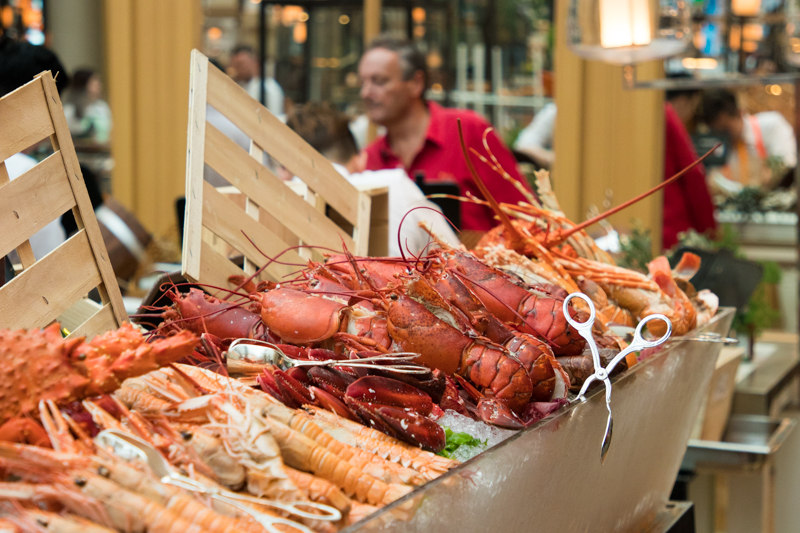 In conjunction with the launch of the hotel’s tailor-made Monopoly game, The Ritz-Carlton is running an extravagant champagne buffet brunch. The Monopoly game has squares and tokens customised with a unique Singapore flair. 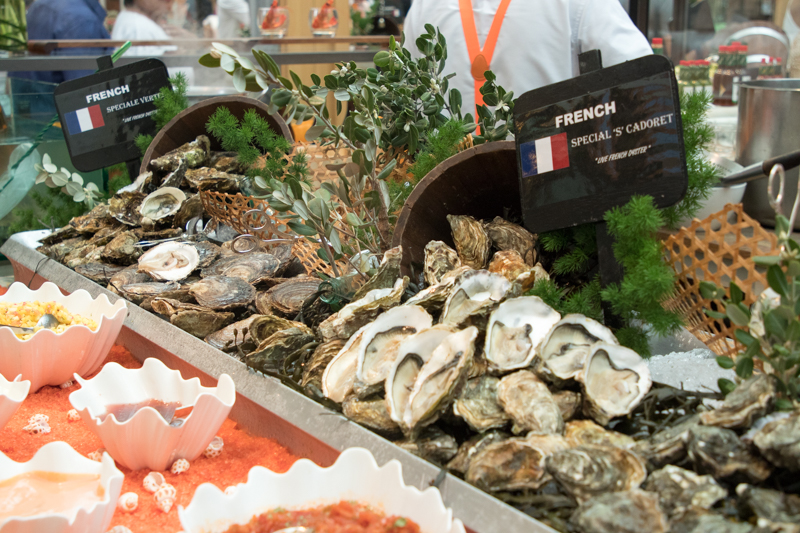 The dining area was decked out in monopoly squares hanging from the ceilings. Some of the buffet stations were also inside large blue chest boxes which looked like the community chest in the Monopoly game. Not just that, the reception area of the hotel has been converted into a Monopoly-themed bar. The walk-in entrance of the lobby had a Monopoly board as a carpet, and even a pop-up booth designed like jail cells and bank. If you’re feeling peckish as you play, the Super Brunch (S$298++) features a wide selection of Caviar, Salted Egg Lobster, Suckling Pig, Truffle Chicken and many other luxurious dishes. I was astounded by the wide variety of caviar they offered when I arrived. That’s more caviar than I’ve ever seen in my life! On top of that, I was fascinated to see touches of the Monopoly game in the Chilli Crab dish, where the man tou were made to look like dices. 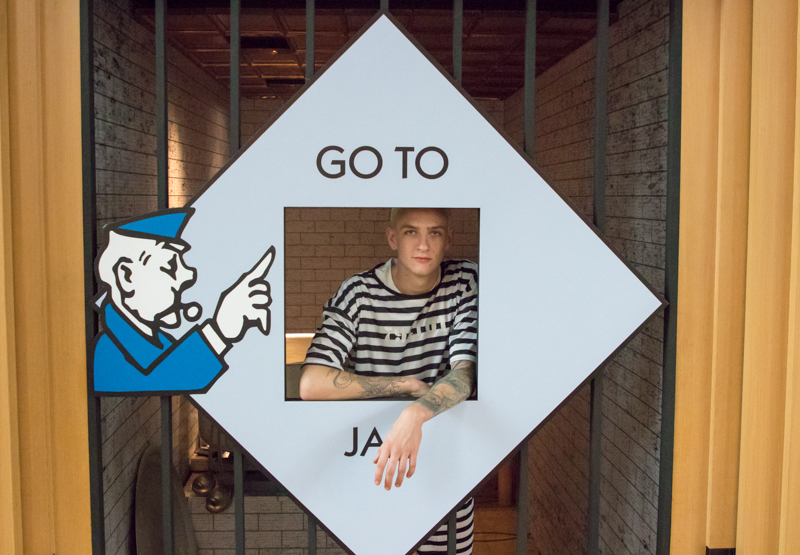 They have even two “jail cells” with prisoners as chefs serving two types of soup, Chinese Double-boiled Soup In Coconut and Lobster Bisque.

Head down to the Ritz-Carlton now and get a taste of the luxurious tai tai life!