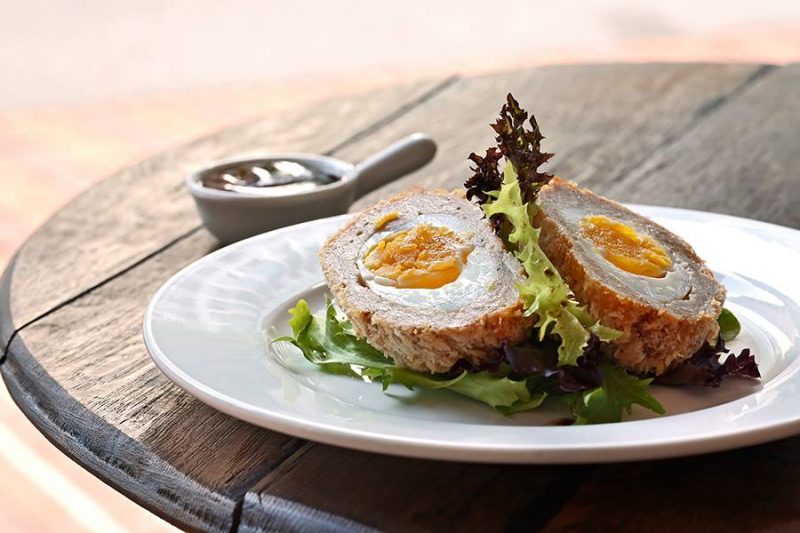 Who wouldn’t like meat fried to a perfect crisp on the outside but still juicy on the inside, wrapped around an egg with a molten centre? If you’re a fan of scotch eggs, this is an event you cannot miss.

In this six-hour event, there will be free-flow canapés, all types of tasty beverages, and various artistic scotch egg creations by Singapore’s dedicated chefs.

All the chefs will present their rendition of a Scotch Egg, be it a traditional scotch egg or one with a modern twist, to an expert panel of Judges which includes Callum Franklin of Holborn Dining Room (London – 2015 Winner in the U.K.) for tasting.

Join in the judging and cheer for your favourite scotch egg on that day! Attendance is by pre-order only, so make sure you call early to make reservations.

Previous articleSouthpaw Bar & Sushi: Get Your Omakase Fix With Whisky & Bourbon Pairings Along Cavan Road
Next articleWakon Ramen: We ‘Wakon’ You’ll Love This Volcano Seafood Ramen For Under S$10 Get Your Nipponophile On With Japanese Yoga, Sushi & Tea At...