Ah Mah Homemade Cake: Popular Castella Cakes From Malaysia Opens In SG, Won Us Over With Its Nostalgic Taste 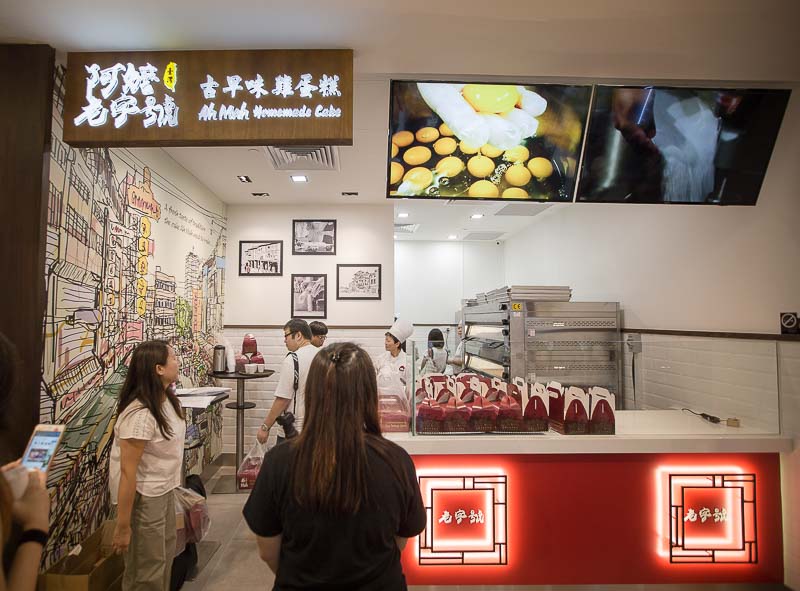 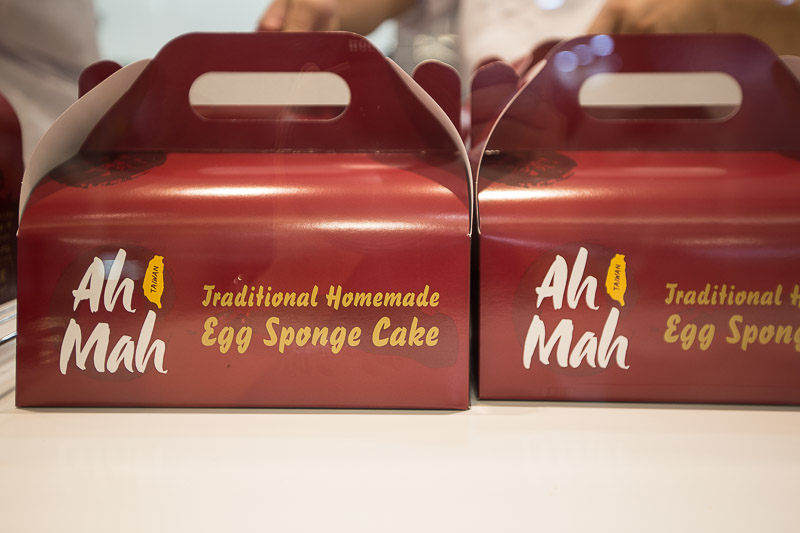 With burgeoning demands for castella cakes, over 14 outlets of Ah Mah Homemade Cakes have already opened in Malaysia within the short span of two months and over 100,000 boxes of cakes sold to date.

So this then begets the question as to what makes Ah Mah’s castella cake any different from its other competitors? 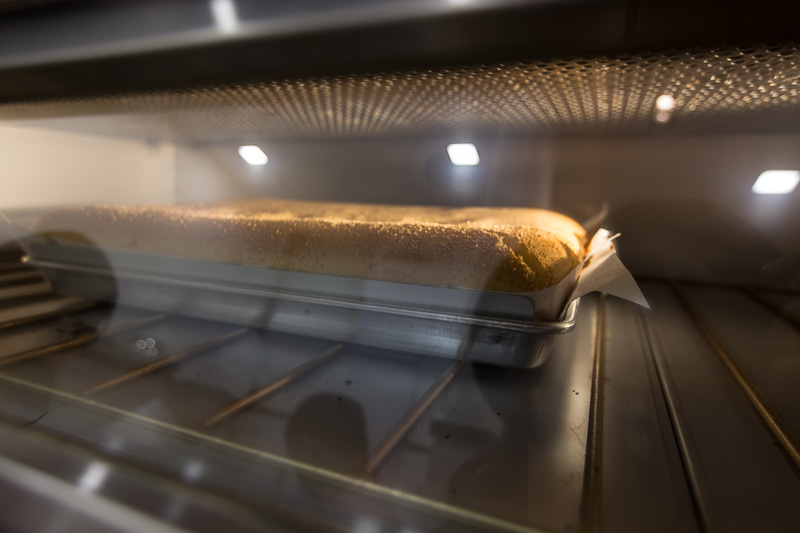 Well for one, Ah Mah’s cakes are made purely with milk, eggs and flour. There is no added water, preservatives and colouring. Not even butter! The entire baking process is made visible to everyone who passes by, which means that you get to witness each batch of cakes being made fresh right in front of your very eyes.

The aroma of freshly baked cakes got me really excited to try them out for myself. 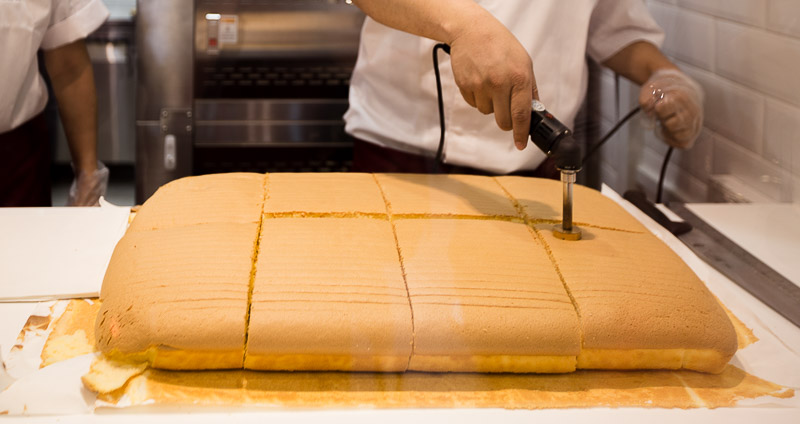 After 80 minutes of sitting in the oven, the newborn cakes are then hoisted out and brought to the open counter top where the chef then brands each slab with Ah Mah’s signature stamp. 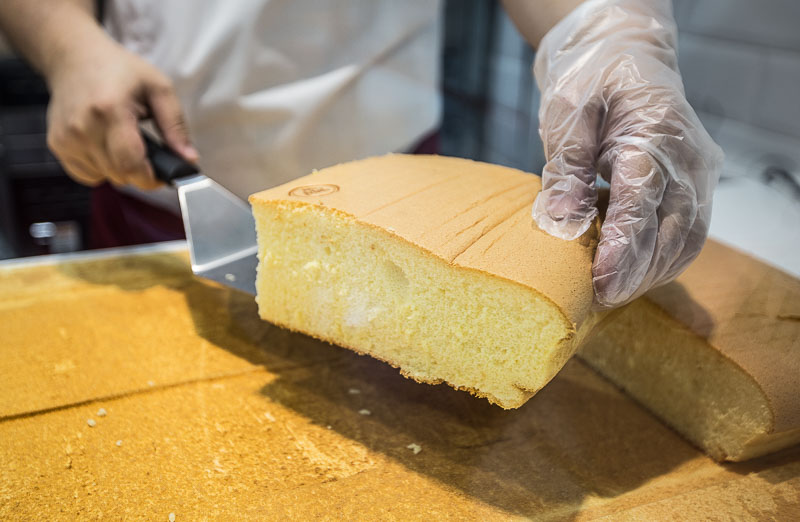 Each slab of original flavoured cake is priced at $8 and can be enjoyed either warm or chilled. I enjoyed them fresh off the oven because the cakes tend to be more springy (each slab of cake wobbled as they were packed into boxes) and they almost melt in your mouth. 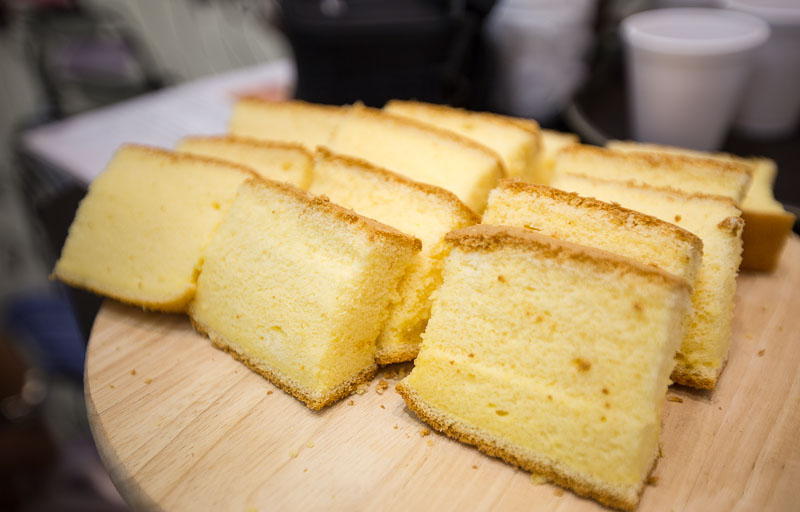 With about 42 eggs tossed into each batch of cakes, each bite boasted a light, fluffy texture with a distinct eggy aroma that lingers in your mouth. The original flavour may be a little bland for some, but if you prefer simple cakes, then it would be just fine for you. 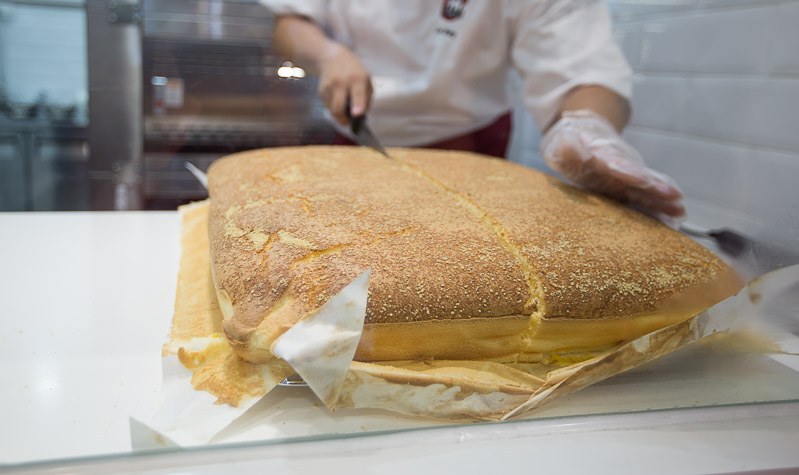 For those who prefer something a little more flavourful, they also have cheese flavoured ones going at $11. The blend of cheese does enliven the flavour of the cake, but I personally felt that the cheesiness was not as pronounced as I expected it to be.

Nonetheless, the crunchy parmesan bits sprinkled on its crust does add a much-needed crunch to each bite, which is something that sets it apart from the original flavour. 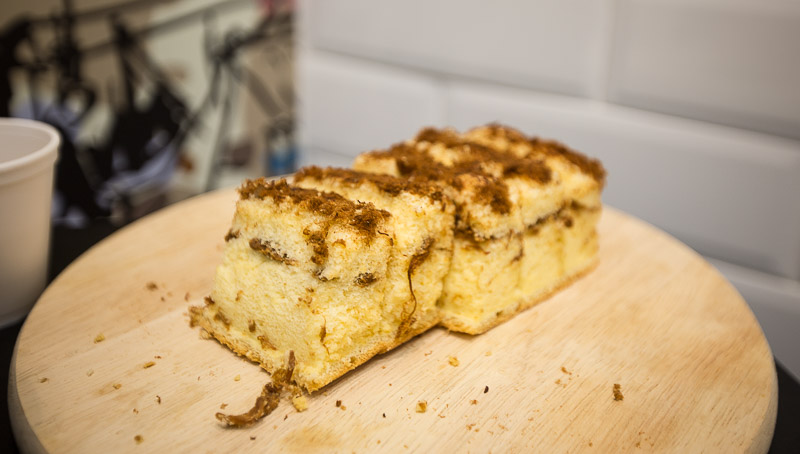 Finally, we were also privileged to be the first few to try the floss cakes which will be launched in the near future. 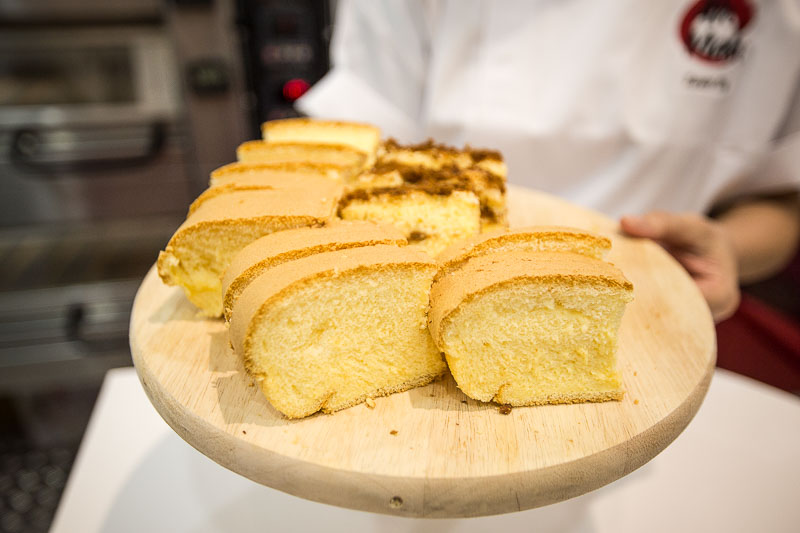 All in all, the true distinguishing factor that makes Ah Mah’s castella cakes stand out for me is the wave of nostalgia I get with every bite, which offers the old school comforting taste that may lack in other variants of the popular sponge cakes today.

After capturing the hearts of Malaysians, can Ah Mah Homemade cakes do the same here in Singapore?

Previous articleStarker Q: Try Food From All Over The World & Pair It With Freshly-Brewed German-Style Beers At Punggol Central
Next articleOutram Park Fried Kway Teow Mee: So Good That People Are Willing To Queue For Over An Hour At Hong Lim Market & Food Centre Finally! A&W To Make Its Comeback In SG With Root Beer...