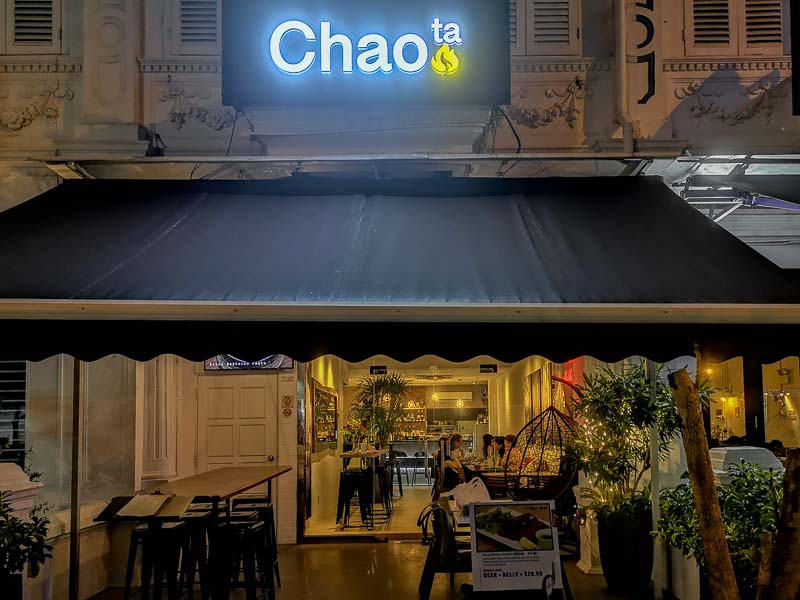 “Chao ta? Like the restaurant’s name is literally chao ta?”, was the initial reaction of one of my colleagues when I told her about ChaoTa. I stumbled across this relatively new place via a quick search on Burpple, and frankly, the name itself warranted sufficient curiosity for me to check it out.

I arrived with my dining partner on a weekday evening, and granted we were earlier than the dinner crowd, so we enjoyed the cosy space to ourselves for a while. The decor is simplistic, unpretentious, and it seemed like it was built with functionality in mind more than for aesthetics. 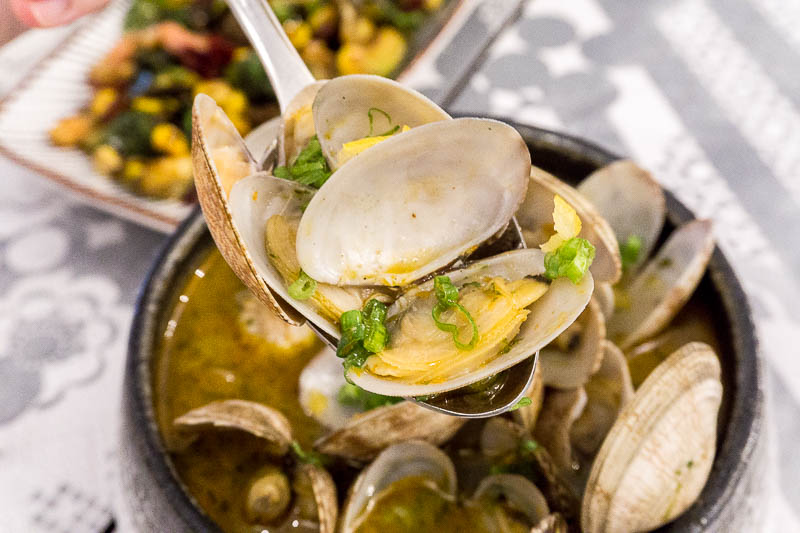 The restaurant is still in the soft launch stage, but their menu is already brimming with dishes that vary from seafood, to steak, to grilled meats—their speciality. One of the first few dishes presented was So Clam (S$18), a single-portion serving of wok-fried smoky Asari clams with fermented yuzu chilli in a dashi broth.

It was incredibly fragrant and brimming with clams that would prove to be a great appetiser to share. My first instinct was to sip the broth, and I was pleasantly greeted with mild umami notes, finishing with a hint of zestiness from the fermented yuzu chilli.

It wasn’t spicy at all—which was a good thing—given I was enjoying the clams’ natural sweetness. Although I so wanted to finish the entire bowl, I knew I had to make room for what’s to come, but not before I requested a takeaway bag. Inspired by vongole, the Asari Clams Aglio Olio (S$18) looked promising. I was looking forward to the clams really becoming the star here, but alas, the spiciness took over and blanketed the clams’ essence. I did provide feedback regarding my personal find of having too much chilli, but I had to accept that some diners really do fancy a potent amount of heat in their pasta.

It wasn’t a bad dish, overall. I only wish I could’ve savoured the clams’ beauty for what it truly is.

Proclaimed as one of the best-sellers on the menu, the Brussel Sprouts (S$15) were unlike any other rendition I’d had. This version was cooked with house-special gula melaka brown sauce, dried cranberries, corn, and bacon bits.

Now, the Brussel sprouts that I’ve had have always been simply prepared; charred, and cooked with bacon, and seasoned with salt and pepper. I struggled to understand the unity of gula melaka and Brussel sprouts, although it was explained to me that the treacle sauce was made to combat the vegetable’s bitterness. 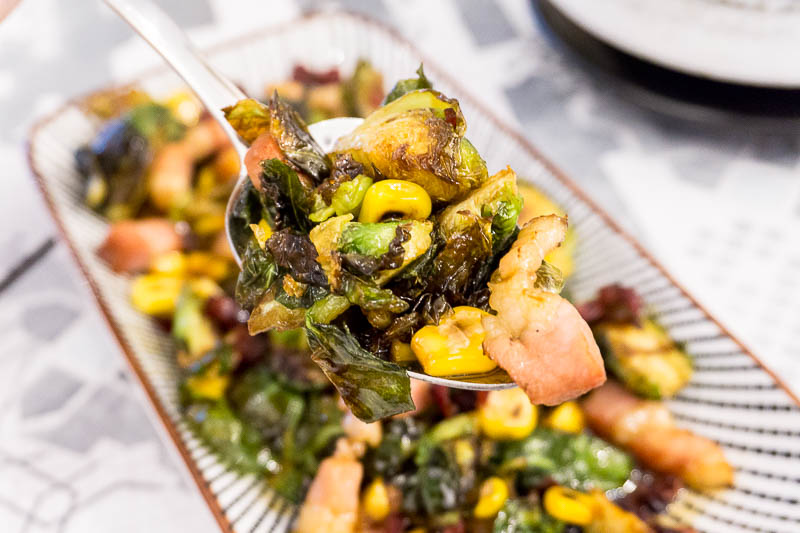 I admittedly failed to take a liking to this dish, in spite of trying several spoonfuls. The gula melaka sauce was way too sweet, and made me yearn for that familiar bitter bite that brussel sprouts proudly boast.

Granted, it’s an ingenious way by ChaoTa to make someone eat their greens, but I simply couldn’t accept that my vegetables tasted like a dessert. You can then imagine my happiness when I was greeted with their Lemongrass Pork (S$22). Especially since it was served with a grilled watermelon salad (my absolute favourite!). It was at this point that I learnt about the owner’s culinary background, with a specialisation in grilled meats.

The aroma of the lemongrass was undeniable, as was its mild sharpness. Texture-wise, there was very little resistance, and there was an enjoyable amount of char around the edges that married perfectly with the sweet smokiness of the watermelon. I would gladly return just to have this plate all to myself. 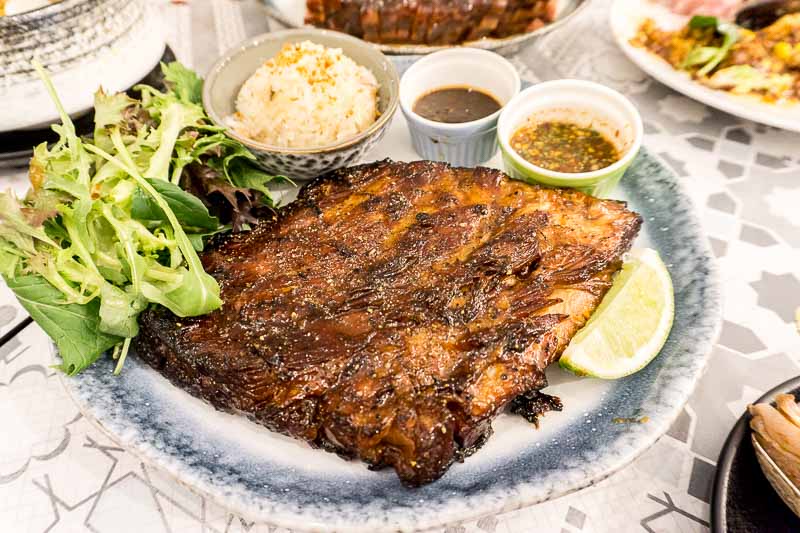 A mammoth portion of ChaoTa Pork Ribs (S$28) was placed before me, as it glistened beneath the glare of the restaurant’s lighting. Ideal for sharing between two to three persons, the ribs are chargrilled, and served with an exotic spicy house special dip.

You can certainly choose to eat this with your hands, unapologetically, but I discovered that meat was tender enough to also manoeuvre with silverware, so the choice is really up to you! Succulent and savoury, the pork ribs were a toothsome addition to our dinner. At such a modest price point, these ribs are certainly a worthy supplement to your meal.

My time at ChaoTa was one that was filled with ups and downs; sure, there were some dishes I disagreed with, but there were others that really impressed me. Given the location of the place amidst rows and rows of other local food stalls, this restaurant certainly lends a breath of fresh air to the area.

If you are craving a meat-centric meal while in the Katong area, this place is a safe bet—and don’t forget the clams.