Eggs ‘n Things: Pile On The Pancakes At This Hawaiian Brunch Spot In Plaza Singapura

Brunch has become quite an integral part of many Singaporeans’ weekend habits, you’ll be hard-pressed to find a cafe that doesn’t serve this mid-day affair. Now, we have a Hawaiian export in the heart of Dhoby Ghaut called Eggs ‘n Things, making it the first outlet outside of Hawaii and Japan. The space is bright, clean and doesn’t really make one think of the islands, save for the servers’ uniform that is splashed with floral print and frills.

Prior to this visit, I did a bit of research on what is central to this establishment, and I found that big plates and snaking queues are part of their identity. However, I was met with the complete opposite scenario on my visit. With so many poke places, the one here had to be tested out too. The Ahi Poke Bowl ($16.90) is a large serving of rice, diced cucumber, seaweed, tuna and sesame seeds, topped with a raw egg yolk. It was quite refreshing and could easily be eaten as a meal, split between two not-so-hungry diners. 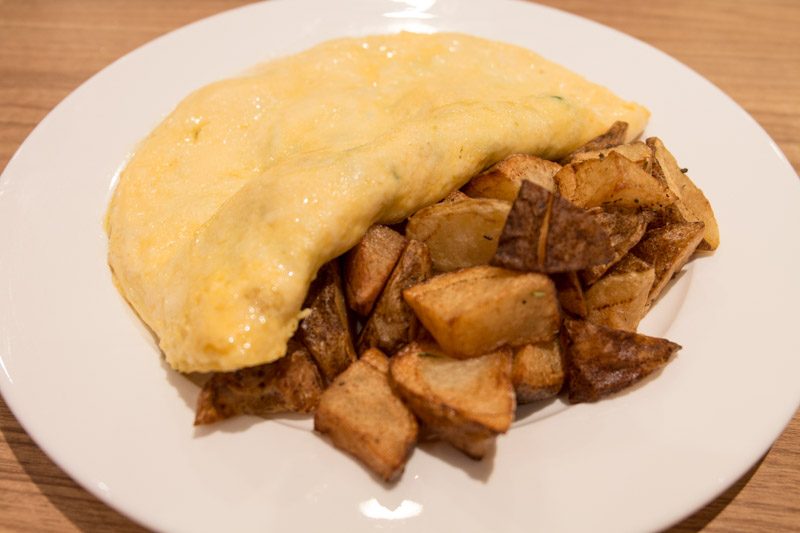 I was anticipating the first egg dish, and with that, I was served the Spinach, Bacon And Cheese Omelet ($19.90). Using only pasteurised eggs in this dish, it was still visually uninspiring, and the first bite of the potatoes had me wondering if the place was on a salt strike. 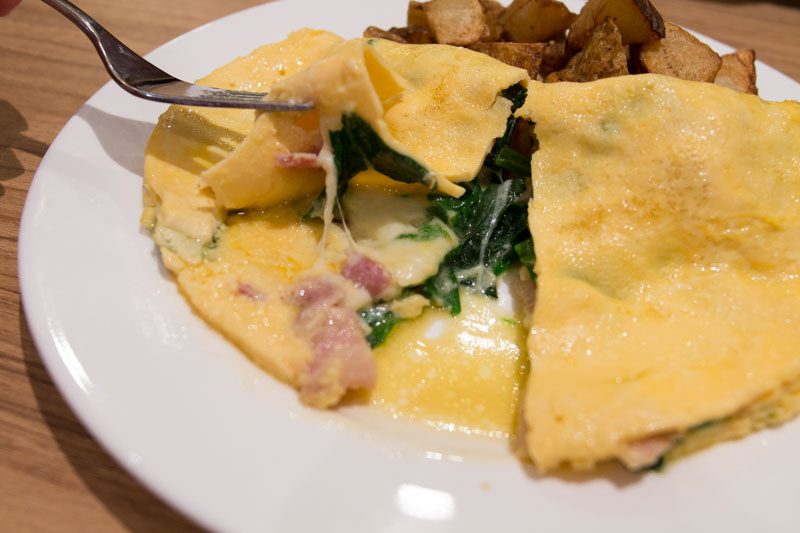 I flipped open the omelette to reveal a very sparsely-filled spread of tiny bits of bacon, several leaves of spinach and melted cheese.

Other than the salt from the bacon, this dish lacked so much seasoning, it was very hard for me to justify anyone forking out $20 for this. The next egg dish was the Kalua Pork And Cabbage Egg Benedict ($21.90). I hoped that it would have an edge over the previous dish, but alas, it did little to redeem my impression of the place so far.

I could have easily closed one eye for the absence of colour on the plate, but I couldn’t get past the unpleasant aftertaste of the cabbage. I tried asking the wait staff how the cabbage was cooked but was met with a dumbstruck reaction. I can only assume it was cooked with vinegar or similar, as the residual finish was rather sharp. 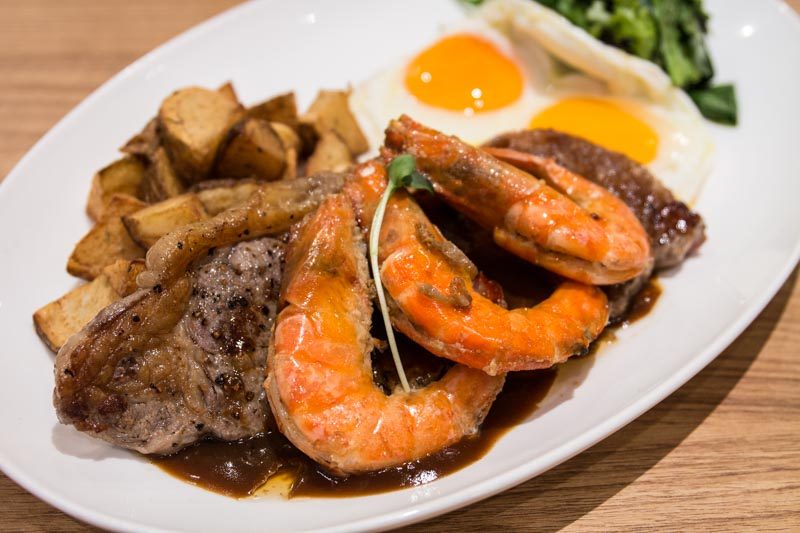 My last main was the Surf & Turf & Eggs ($27.90), and I must say, I was happy to see three large prawns before me. The eggs were admittedly sad to look at, and once again, the potatoes didn’t have an ounce of seasoning. Cutting through the steak (which was a very thin cut of striploin, by the way), I discovered that one end was done medium well, while the other was medium.

When I asked the kitchen why this was so, they replied that everything on the menu is done in accordance to their Japanese counterpart’s standards. I’m not sure if that was really the answer I was looking for, but I left it at that. To be fair, at least the steak was juicy and tender. The dessert was what I was looking forward to the most, and when it arrived, it was a sight to behold. The Fresh Strawberry, Whipped Cream And Macadamia Nuts Pancakes ($19.90) were super fluffy and pillowy soft, and I definitely appreciated that the tower of whipped cream wasn’t overly sweet. I was curious to know if they made the whipped cream in-house, and when I enquired what was in it, I received a curt reply of, “Milk.”

“Milk and?“, I prodded. “Milk… and other things“, the staff shot back. I held back from commenting on the uncalled-for tone, but that was the point when I decided that that is why the cafe was so empty close to dinner time. 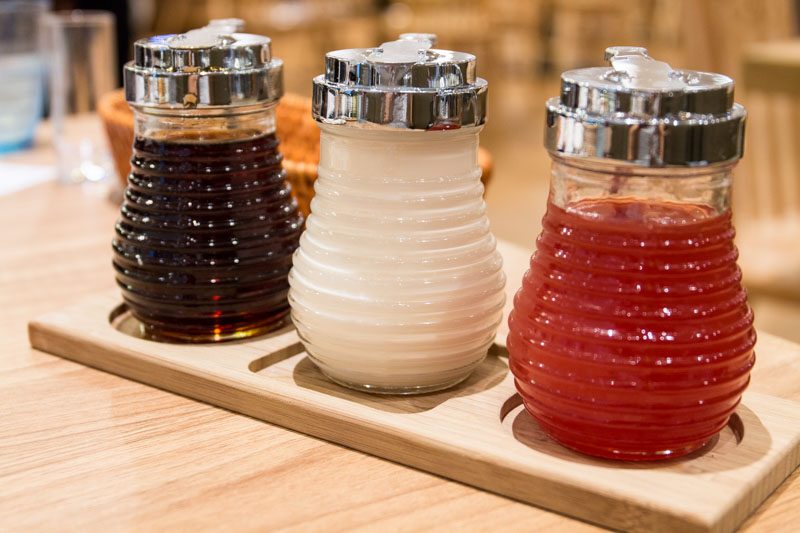 To cheer myself up, I decided to sample all three of their homemade syrups: Guava, Coconut and Classic Maple. The guava syrup didn’t resemble the taste of the actual fruit at all, while the coconut version had a milky, creamy texture to it. Only its aroma subtly reminded me of the tropical fruit. The classic maple syrup was the best of the three, and I unashamedly drizzled an excessive amount onto my pancakes.

From the get-go, I felt quite unwelcome and the staff weren’t very forward with giving me more information about the dishes. The only reason I would recommend this place is for its pancakes, although for their average price tag, I’m sure there are far more pocket-friendly options.

Let’s hope that over time, Eggs ‘n Things becomes known for more than my own experience of being told its whipped cream contains “Milk… and other things.”

Previous articleIZA: Share Delicious Japanese-Singaporean Fusion Dishes At This Izakaya In Siglap
Next articleIndulge In A Unique Pairing Of Scallop & Passion Fruit For Afternoon Tea At Mandarin Oriental Till 28 Feb