I’m sure you all have heard of the legendary Hill Street Char Kway Teow down at Bedok South Market & Food Centre. It’s all made possible by Mr Ng Chang Siang in 1961, who sadly passed away in 2018 at the age of 71.

Famously dubbed “ugly noodles” by celebrity chef Anthony Bourdain, one of the most famous quotes in hawker history was “How can anything this ugly be this good?”. I recall fond memories of seeing this quote in the newspaper, but I never actually got to try the char kway teow. 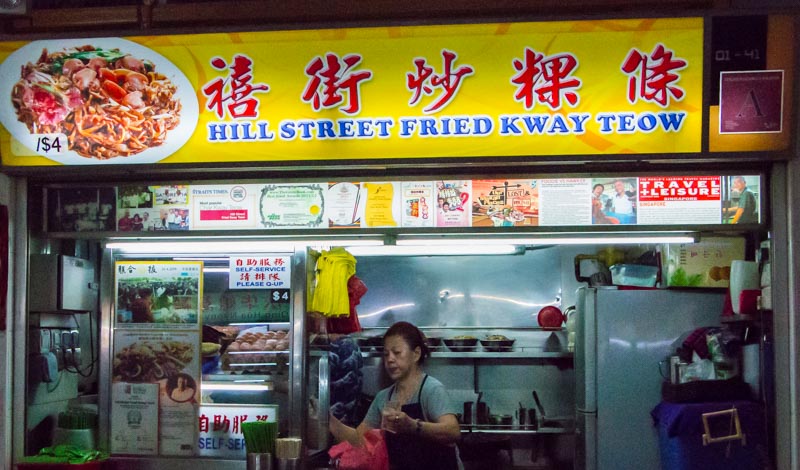 An iconic stall in Bedok South Market & Food Centre since 2000, it’s perfectly normal to see long lines forming even before opening hours. The woman who was in line before me even ordered a few takeaway packets to bring home for her family to enjoy. It was then I realised how immensely popular Hill Street Fried Kway Teow is—surely their char kway teow far surpasses others! Today, Mr Ng Chang Siang’s 38-year-old son, Mr Ng Yeow Kiat, is manning the stall to carry on his legacy. It might be a form of tough love, but it took a year for Mr Ng Chang Siang to approve of his son’s char kway teow, and six months for him to even taste his food. 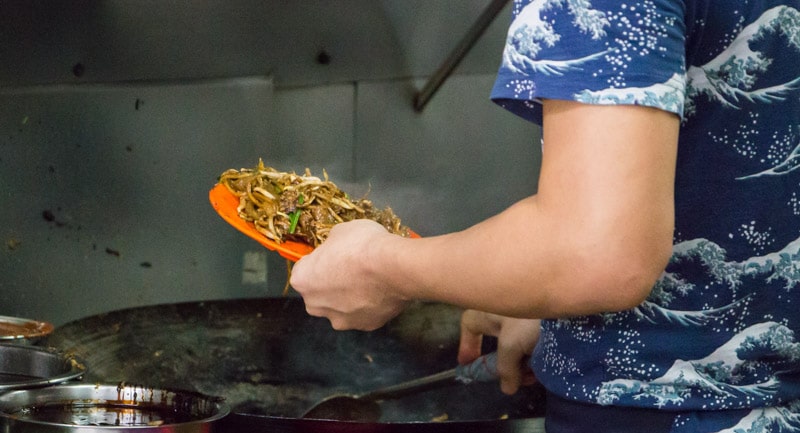 I decided to drop by before opening hours to avoid the crowd, but to my surprise, there was already a long queue formed at the stall.

Watching how quickly Mr Ng Yeow Kiat plated multiple plates of char kway teow, it was evident to me that he has been practising for years. Handling the wok swiftly, I could tell he was cooking up a storm in the kitchen even before I arrived. 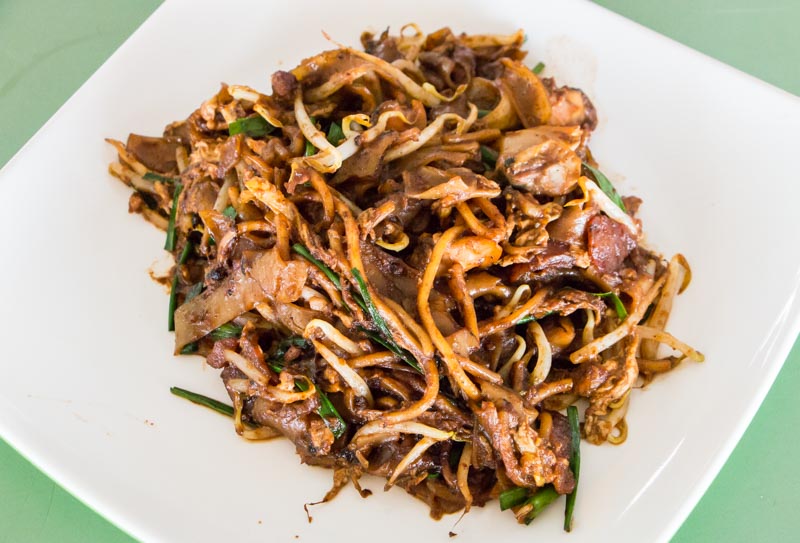 I ordered the S$4 portion of char kway teow. This plate of char kway teow was, indeed, ugly. However, there was just something about it that drew me to it, tempting me to consume all of its smoky goodness in one sitting. It might’ve been the pleasant, ambrosial aroma that was wafting through the air, or just the fact that it was my first meal of the day. 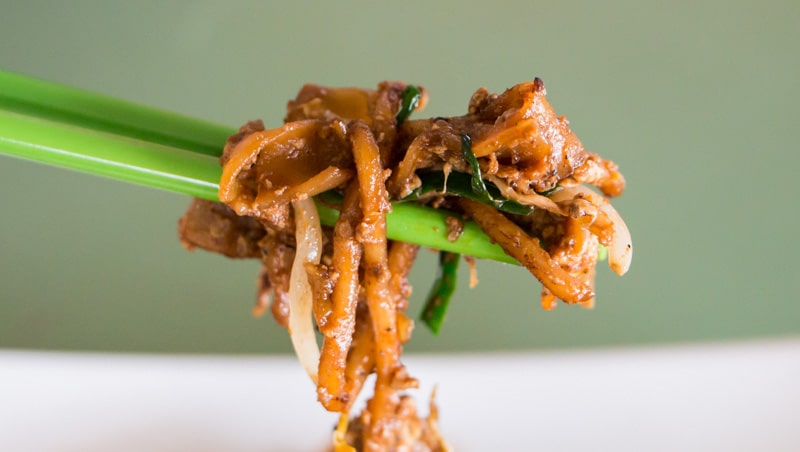 Beansprouts were mixed into the rice cake strips and yellow noodles, adding a nice crunch to the dish overall. Perfectly charred thanks to the stir-frying, I could taste the right amount of wok hei in the noodles. I liked how it wasn’t too salty or sweet but was still able to satiate my appetite for bold flavours in a dish. 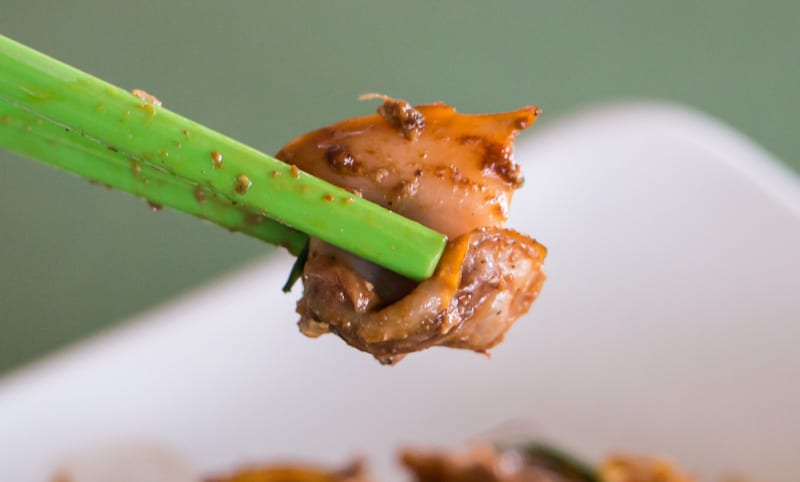 The dish was littered with generous portions of deshelled cockles, also commonly known as hum. Biting into the hum, I noticed that they were all very fresh and juicy—something I appreciate after I’ve tried hum that isn’t as fresh. Bursts of briny flavour flooded my mouth, and it reminded me of the ocean. 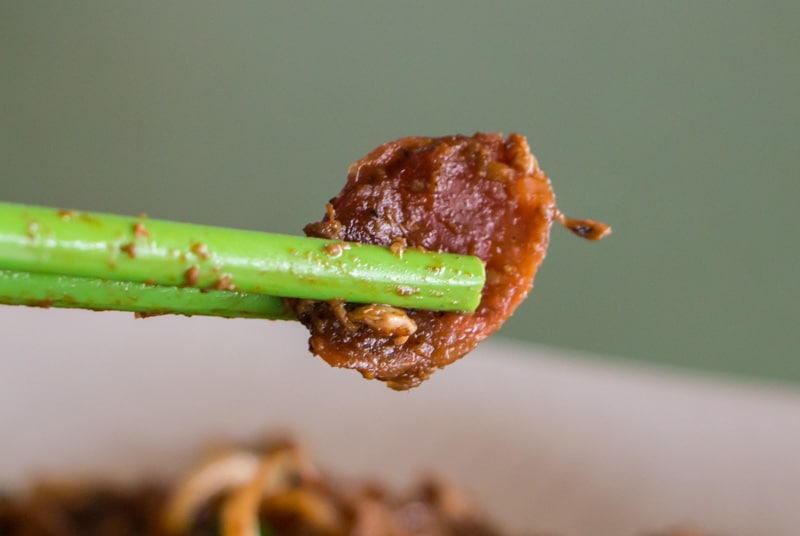 Pieces of Chinese cured sausages (also known as lup cheong) were thrown into the mix, giving the dish a hint of sweetness on top of the sweet dark sauce that Hill Street Char Kway Teow used to stir-fry the noodles.

Crispy pork lard was also sprinkled into the mix, and it added on to the fragrance of the entire dish. What I liked most about this particular stall was how the pieces of egg wrapped the moist, firm noodles.

As you can see from the long, snaking queues at Hill Street Char Kway Teow, most people consider this char kway teow to be really good.

Personally, I can’t judge if it is, because I don’t eat char kway teow frequently, but I think this dish met my expectations because of its strong wok hei flavours—the wok hei even lingered in my mouth after I chowed down the entire plate and had a cup of iced Milo.

As sinful as it is, Hill Street Char Kway Teow is definitely one of the best char kway teow I’ve ever tried in Singapore. Head down to Bedok South Market & Food Centre to check it out, but be sure to go before opening hours to avoid the lunch crowd.

Previous articleCelebrate Spring With Starbucks Singapore’s New Peach Blossom-Inspired Drinks Now In SG
Next articleHere’s Our Guess To Pringles SG Mystery Flavour For A Chance To Win S$5,000 From Now Till 30 Apr